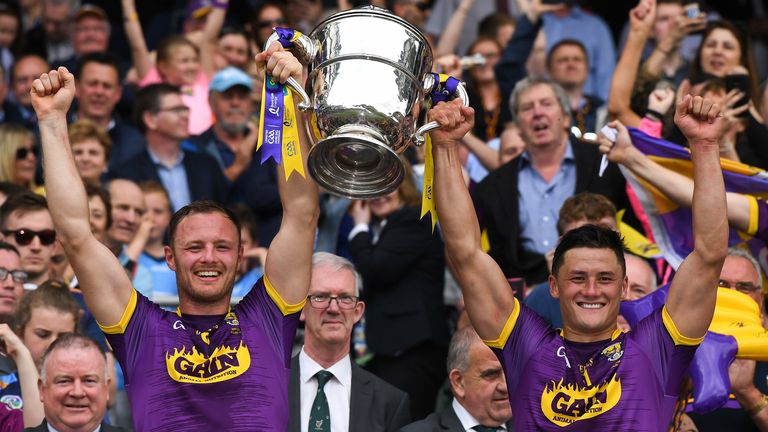 Ahead of the 2021 GAA Congress which takes place this weekend, we look at five of the most significant motions which will be considered.

Although alterations to the structures of the All-Ireland Football Championship are set to be voted upon, these have been pushed back to a ‘Special Congress’ later in the year, to allow for greater ‘in-person’ debate.

Only one captain to be able to collect a trophy, but why?

The days of joint-captains lifting silverware could be set to end.

Described as a ‘tidying up’ of protocols, it would mean only one nominated player from a team is eligible to collect a trophy on behalf of the group.

With joint-captains very much in vogue, this would herald a change for certain counties. Of course, deciding which ‘joint-captain’ gets to lift a trophy is a welcome headache for teams.

Nonetheless, it would bring to an end a treasured practice in Gaelic games.

It is not only the concept of ‘joint-captains’ that would be impacted. Come county finals season, there are often sights of team members joining the captain in lifting the cup for a variety of reasons.

Last September when Ballymun sealed the Dublin Senior Football Championship title, James McCarthy welcomed Paddy and John Small up the steps in Parnell Park to join him in hoisting the silverware. It was a poignant moment for the Small brothers, whose father Declan – a club stalwart – had passed away 10 months previously.

Such scenes are frequently replicated around the country.

Is it a practice worth sacrificing, merely for the sake of tidying up protocols? Undoubtedly the highest-profile motion up for debate this weekend is the clamping-down on cynical fouls in hurling.

After several ‘professional’ fouls were on display during the 2020 Hurling Championships, it was broadly felt the punishment has not matched the crime. Defenders were more than happy to drag down an onrushing forward, take the yellow card and allow the opposition free-taker to tap over a free.

Motion 20 this weekend will look to introduce greater sanctions for cynical challenges which stop an attacking player with a goal-scoring opportunity, either inside the 20-metre line or the ‘D’. The proposed sanctions are the awarding of an automatic penalty, and a 10-minute sin-bin.

Should it be passed, the changes would be brought into 2021 National League and Championship on a trial basis.

Despite protests from players, the need for such a move has been clear to see.

Gaelic football is also set for an alteration, with a penalty added to black cards, if a cynical foul is committed inside the ‘D’ when there is a goal-scoring opportunity. Motion 12 is aimed at structuring a ‘split season’; drawing a clear line between club and intercounty campaigns.

The delegates at Congress will be voting on whether All-Ireland finals in both codes should be played on or before the 29th Sunday in the year, which is mid-July.

The remainder of the year would then be freed for club action.

There is a stipulation to allow Central Council to make other arrangements in ‘exceptional circumstances’. This clause would likely be used while the coronavirus pandemic is ongoing.

The success of the ‘split season’ in 2020 has pointed the way for the GAA going forward. It was one significant positive from an otherwise desperate year for the association. There were no All-Ireland finals in September, and the sky did not fall in, showing the potential to think outside the box in order to fix the calendar.

Club championships will now enjoy full, uninterrupted seasons. The only question remaining is whether county or club would come first, on a normal year.

Should this motion pass, the ‘county first’ approach would be enshrined into the GAA’s modus operandi. 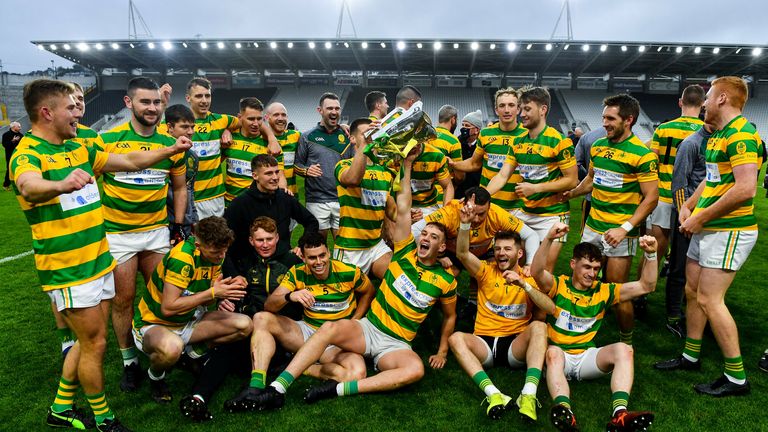 A maximum of 16 teams in senior championships, but is every competition equal?

While the majority of counties may go unaffected, it would mean an upheaval for eight senior championships.

Dublin and Cork are among the counties to already have trimmed down their tournaments in recent years, but significant change could be on the way for some.

On the whole, moves to coordinate county championships to aid a better-structured calendar are admirable, but they might not be without their hiccups.

The Galway Hurling Championship, which has 24 teams, is among those that would be affected.

“A county should have control of its own championships,” Tribe hurling chief Paul Bellew argued last week, speaking to the Irish Examiner.

The small ball competition in the county is unique, in that there is no provincial championship campaign for the winners. Instead, the county champions go straight through to the All-Ireland semi-final.

The motion is in with a real shout of passing this weekend, but do not be surprised if some counties seek exemptional status due to exceptional circumstances. Motion 27 extends the ‘temporary substitution’ definition to players with suspected head injuries be taken from the field, without the need to use a full substitution.

“A player who sustains a suspected head injury, if instructed by the referee, shall temporarily leave the field of play for further assessment before the player’s fitness to return is determined,” reads the proposed new rule.

Virtually every contact sport has its issues with concussions, and will always have room to improve protocols. Gaelic games are no different.

Any efforts to protect players who suffer concussions should be facilitated, and this one looks like a runner.