Tyson Fury reveals battered face after war with Deontay Wilder as he sends inspirational mental health message to fans: ‘I showed the world you can come back. I did it for you guys’

Tyson Fury looked battered and bruised but wore his battle scars with pride as he delivered an emotional and moving message to people suffering with mental health problems.

Fury battled back from depression and alcohol and drug abuse to return to boxing after a two-and-a-half hiatus back in June and almost capped off a remarkable year by being crowned the world heavyweight champion again on Saturday night.

But his brave effort against Deontay Wilder was not enough to seal a fairytale ending with the three judges unable to split the two and scoring it a draw after 12 pulsating rounds. 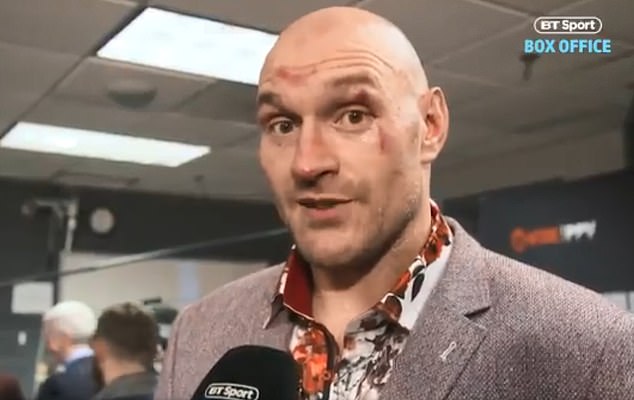 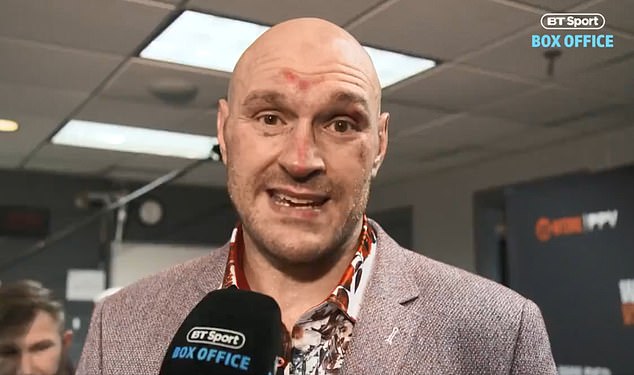 The self-styled Gypsy King was twice floored by Wilder in the fight and was heavily marked around his face as he spoke to BT Sport afterwards.

Despite the controversy surrounding the result, Fury refused to talk about in any length, instead dedicating his performance to people fighting their own demons.

‘It’s an iconic comeback, isn’t it?,’ he said. ‘After two-and-a-half years out the ring, ten stone ballooned, mental health problems.

‘I just showed the world tonight, and everyone suffering with mental health problems, you can come back and it can be done. 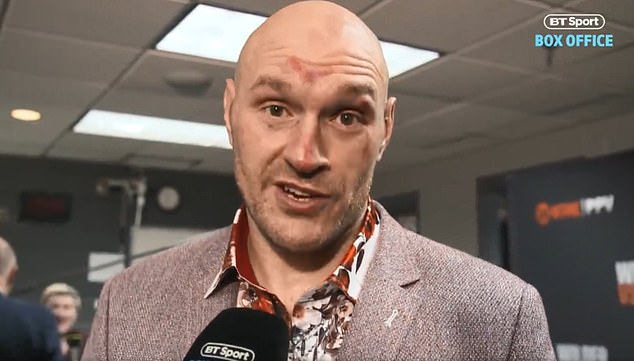 He said: ‘I just showed everyone suffering with mental health problems, you can come back’ 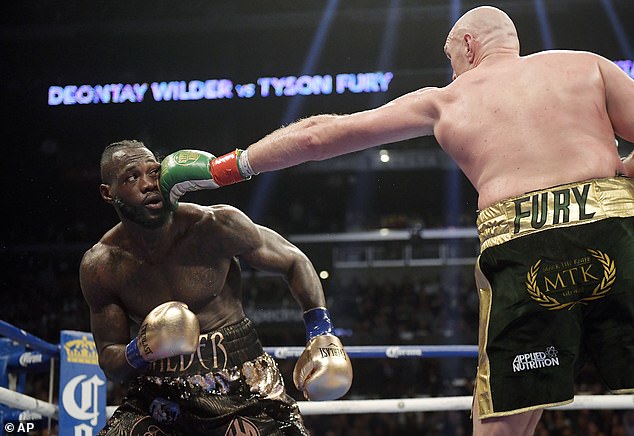 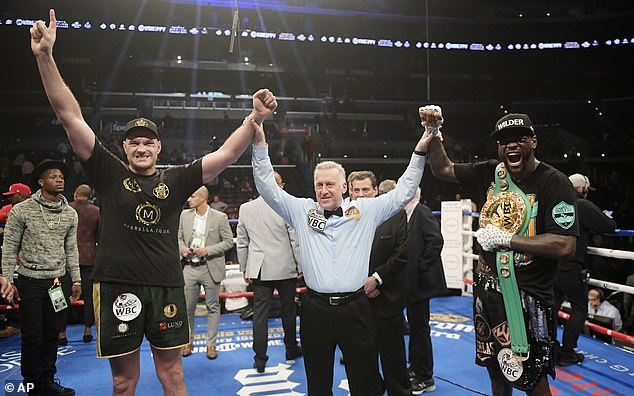 ‘Everybody out there who has the same problems I’ve been suffering with, I did that for you guys.

‘You know the truth. Everybody knows I won that fight.

‘And if I can come back from where I’ve come from then you can do it too.