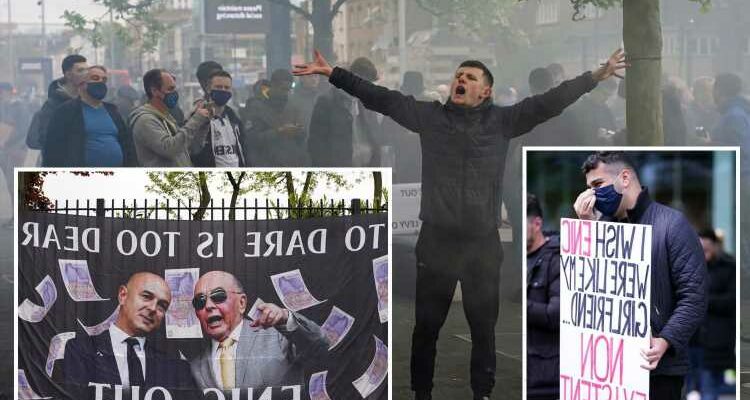 FURIOUS Tottenham fans called for Daniel Levy to quit in protests outside the stadium. 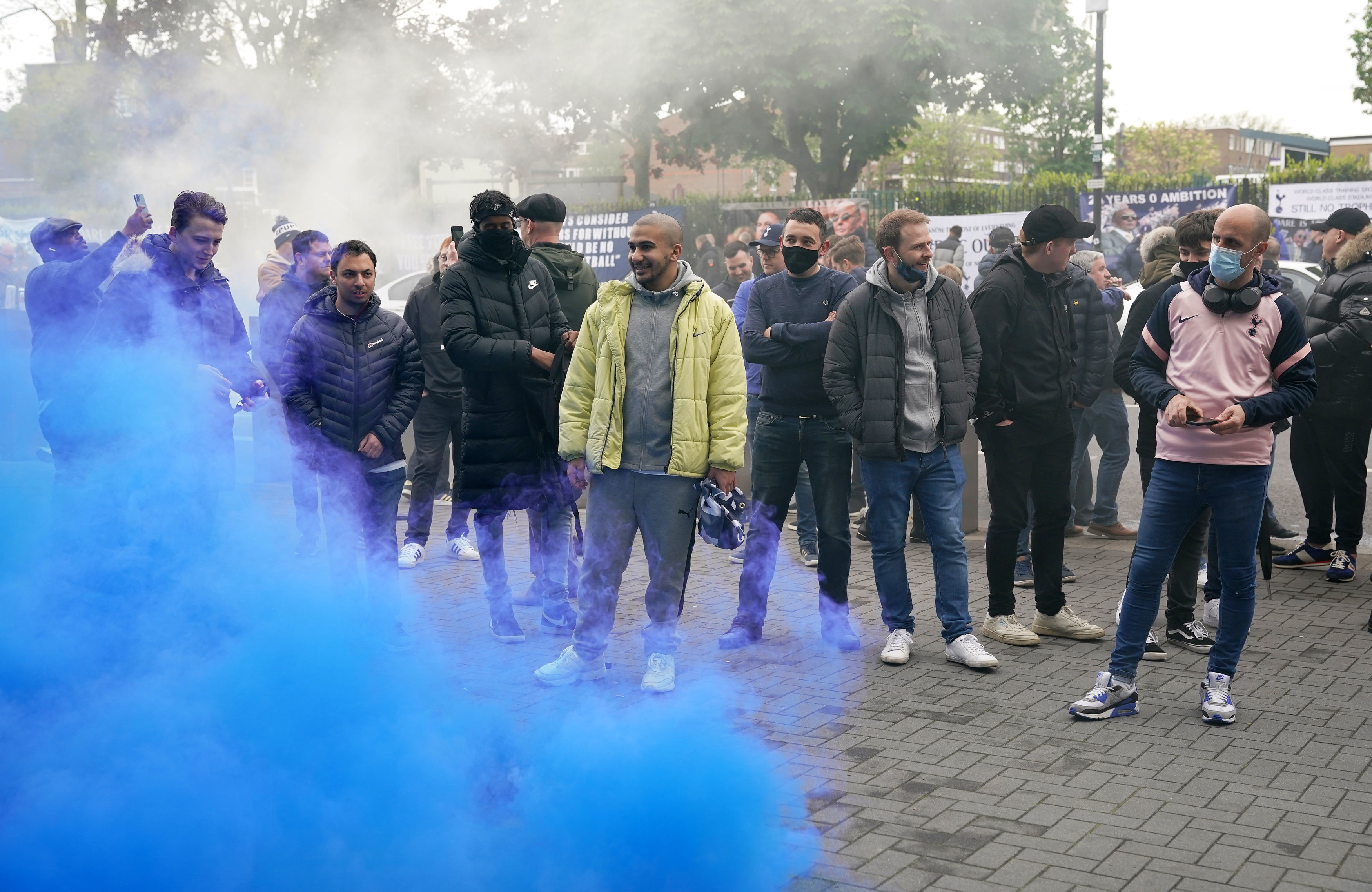 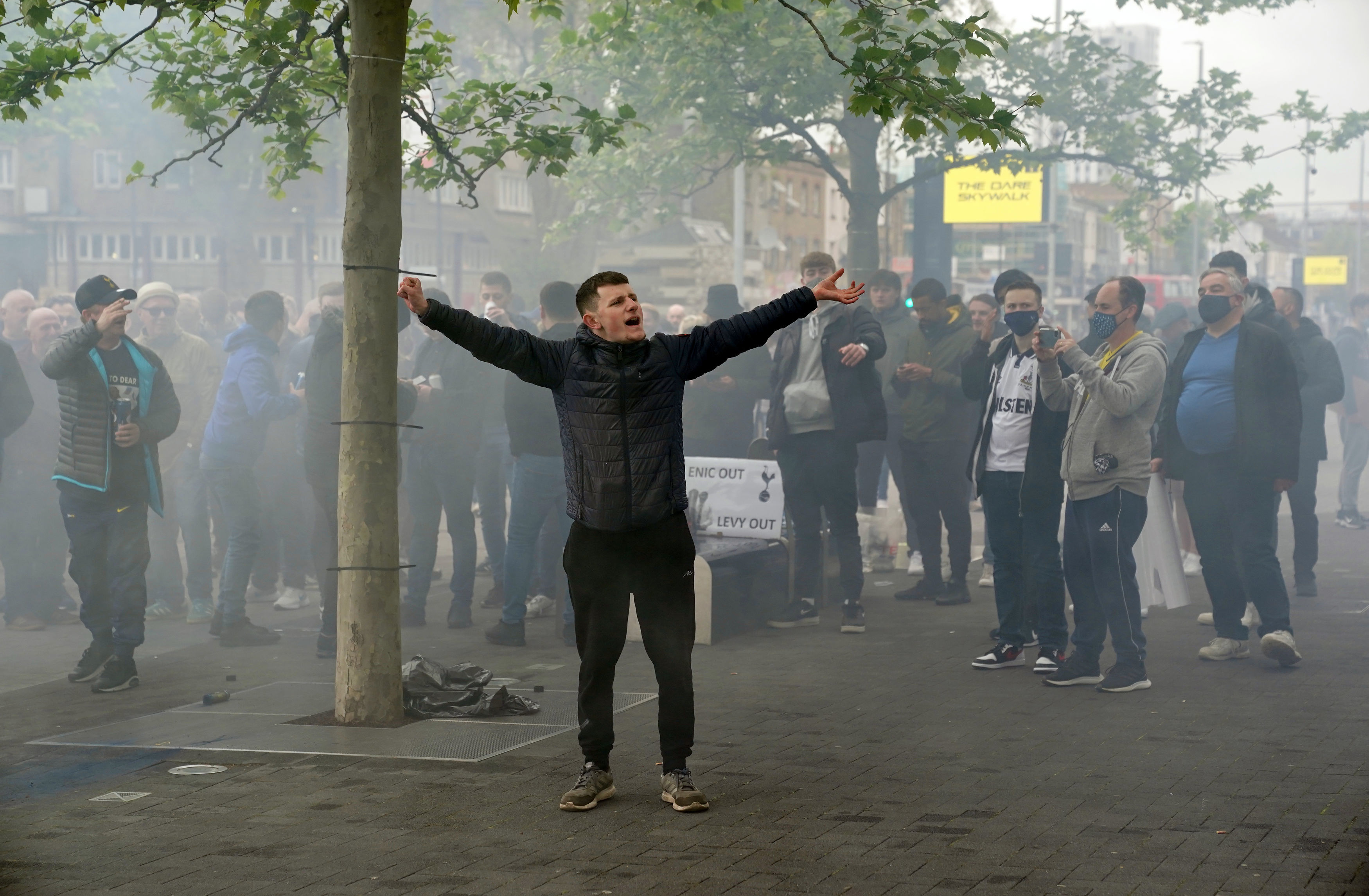 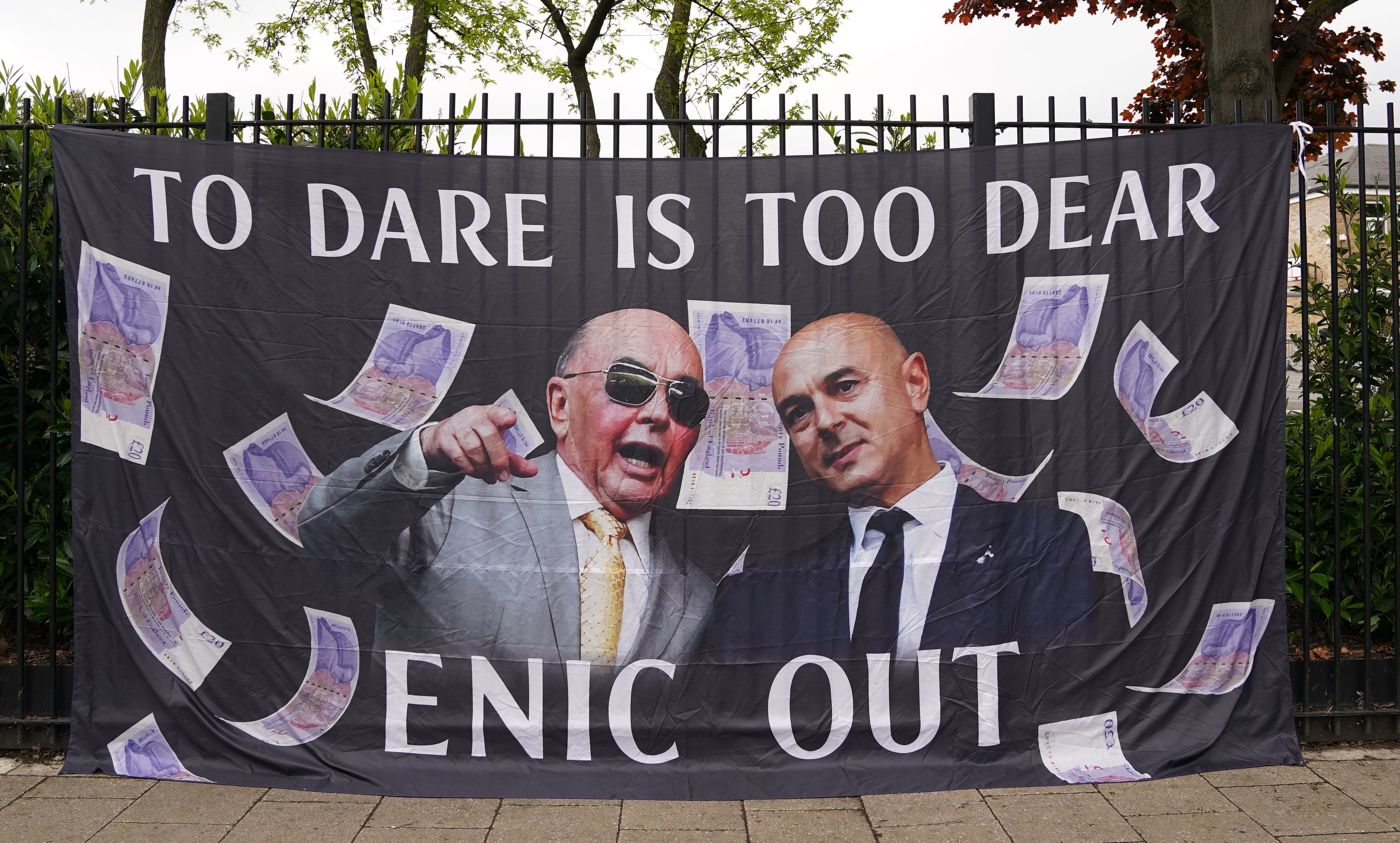 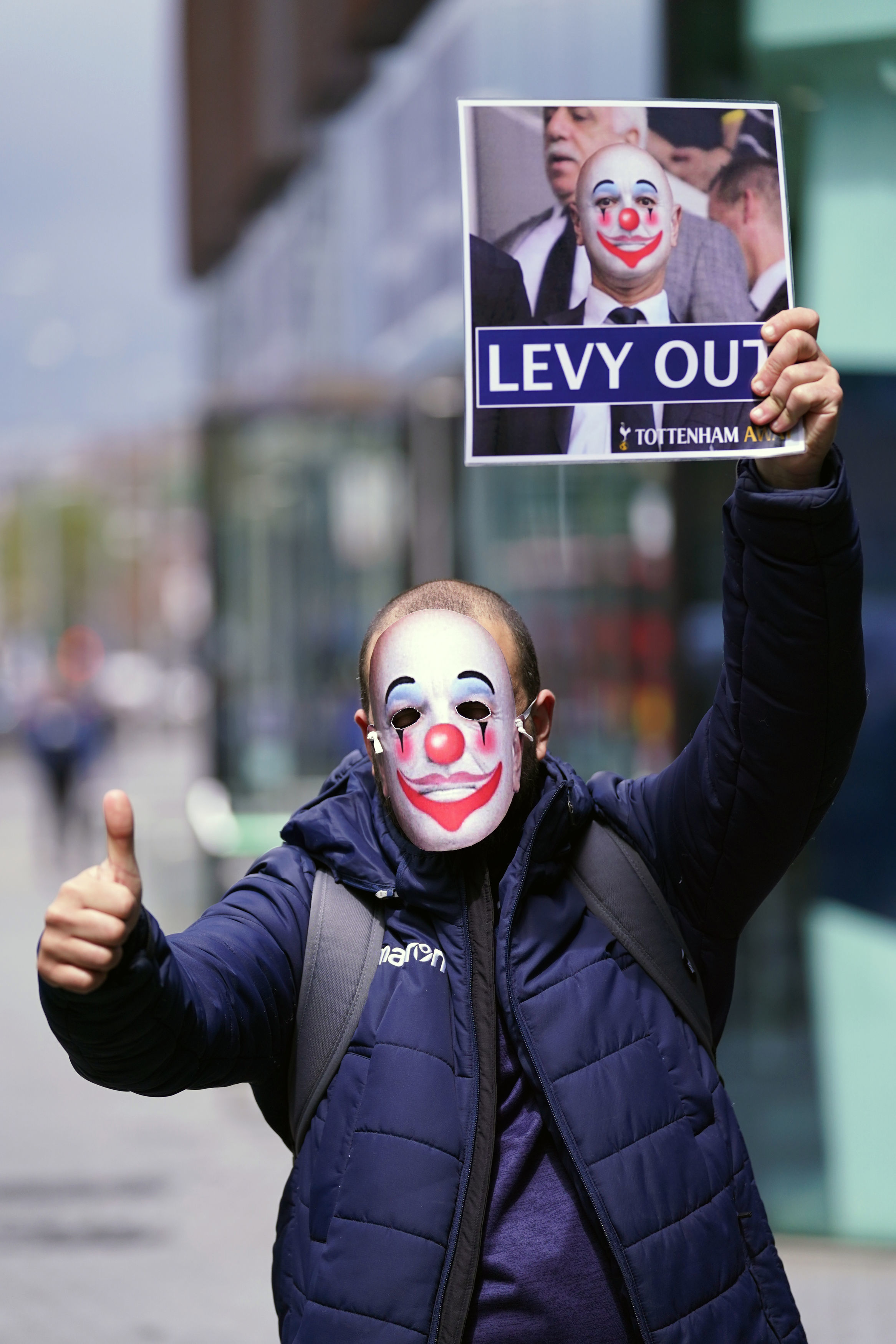 Tottenham fans vented their anger against chairman Levy after the recent attempt to take the club into the failed European Super League.

A Spurs fans' group snubbed Levy's offer of a peace summit with Tottenham Hotspur Supporters' Trust turning down the chance to meet him.

The group insists it wants to meet owners ENIC directly to discuss the implementation of a six-point plan it has compiled “to lead the club into a new era.”

And fans put up a banner at the protest which said 'To dare is too dear – ENIC out'.

Spurs furloughed non-playing staff last year at the start of the pandemic before making a swift U-turn after a fierce backlash from fans.

And Tottenham fans are unhappy at the lack of investment in the squad and their long wait for a trophy after the team's defeat to Manchester City in the Carabao Cup final.

Spurs are seventh in the Premier League and fans fear Harry Kane will want to leave this summer in search of Champions League football and trophies.

Tottenham could miss out on European football next season and the club are still searching for a new manager after Jose Mourinho was sacked in April.