F1 FANS have accused Max Verstappen of being a sore loser after his swerve to block Lewis Hamilton’s overtake at the Brazilian Grand Prix.

The Red Bull driver was leading on lap 48 when his title rival threatened to pass him on the outside. 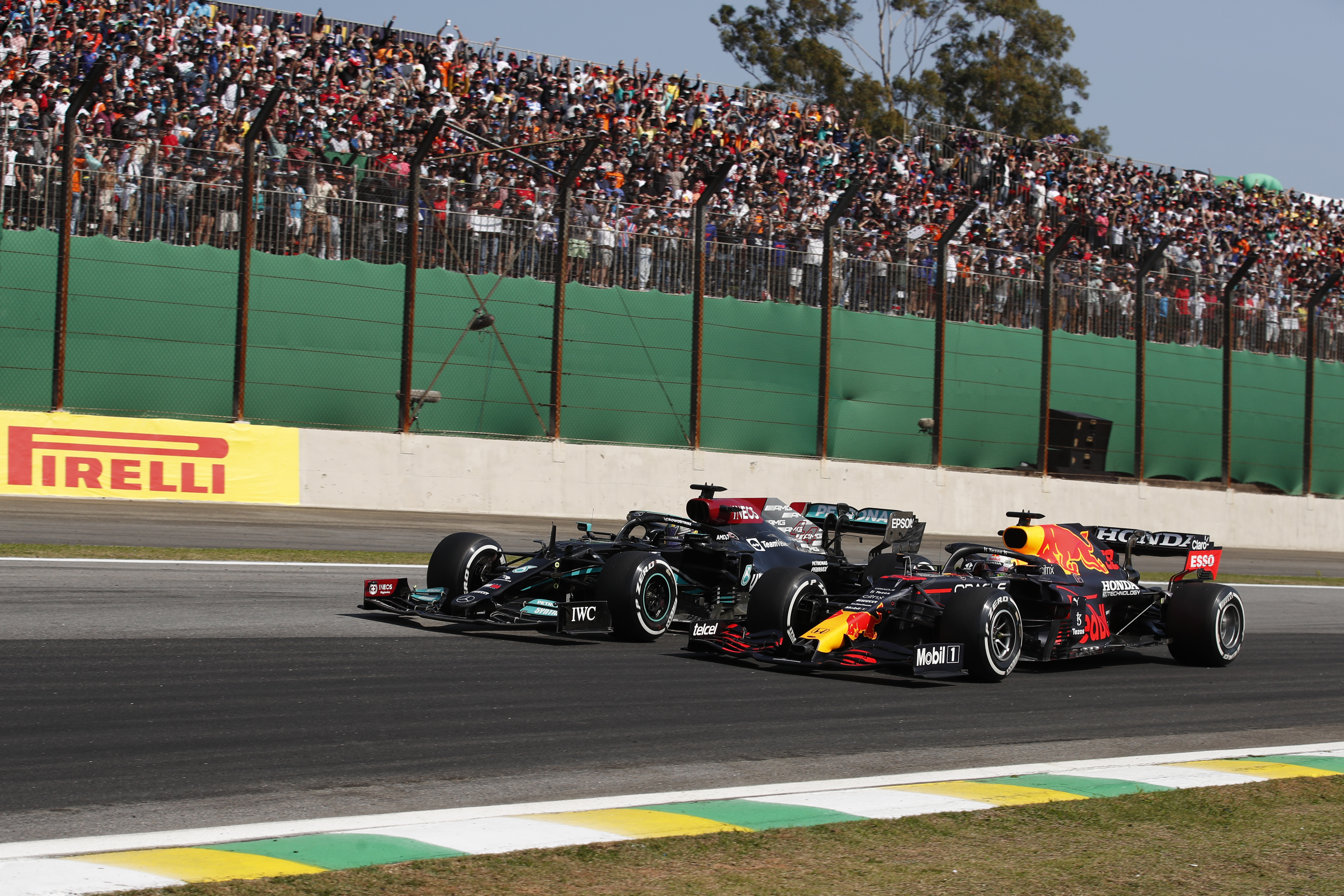 Rather than let the Mercedes star round him, Verstappen instead forced him off the track in what was deemed a legal move by race stewards.

But fans were unimpressed with the championship leader and accused him of poor sportsmanship on the famous Interlagos track.

Fan ‘shepherd015’ wrote on Twitter: “Verstappen is an incredible driver, but sometimes I do question his wheel-to-wheel driving.

User ‘The12thdetor’ wrote: There is now absolutely no doubt in my mind that Max Verstappen opened the steering wheel to deliberately force Hamilton off.

“This guy has the wheel to wheel capabilities of a pufferfish.”

And ‘Paul23660599’ added: "Verstappen clearly just drives Hamilton off the road. No intention of making the corner.

“He was hoping for a collision knowing a DNF for both was his best outcome. He'll never admit it, but he and the rest of us know exactly what was going through his mind. Gloves off!”

Hamilton eventually passed the Dutchman on lap 59 and went on to take the chequered flag with the Red Bull man in second.

Victory took seven-time champion Hamilton to just 14 points behind leader Verstappen in the drivers’ standings with three races to go.