Ever since Jose Mourinho got the bullet at Old Trafford, we have heard how Tottenham’s gaffer is in United’s sights. 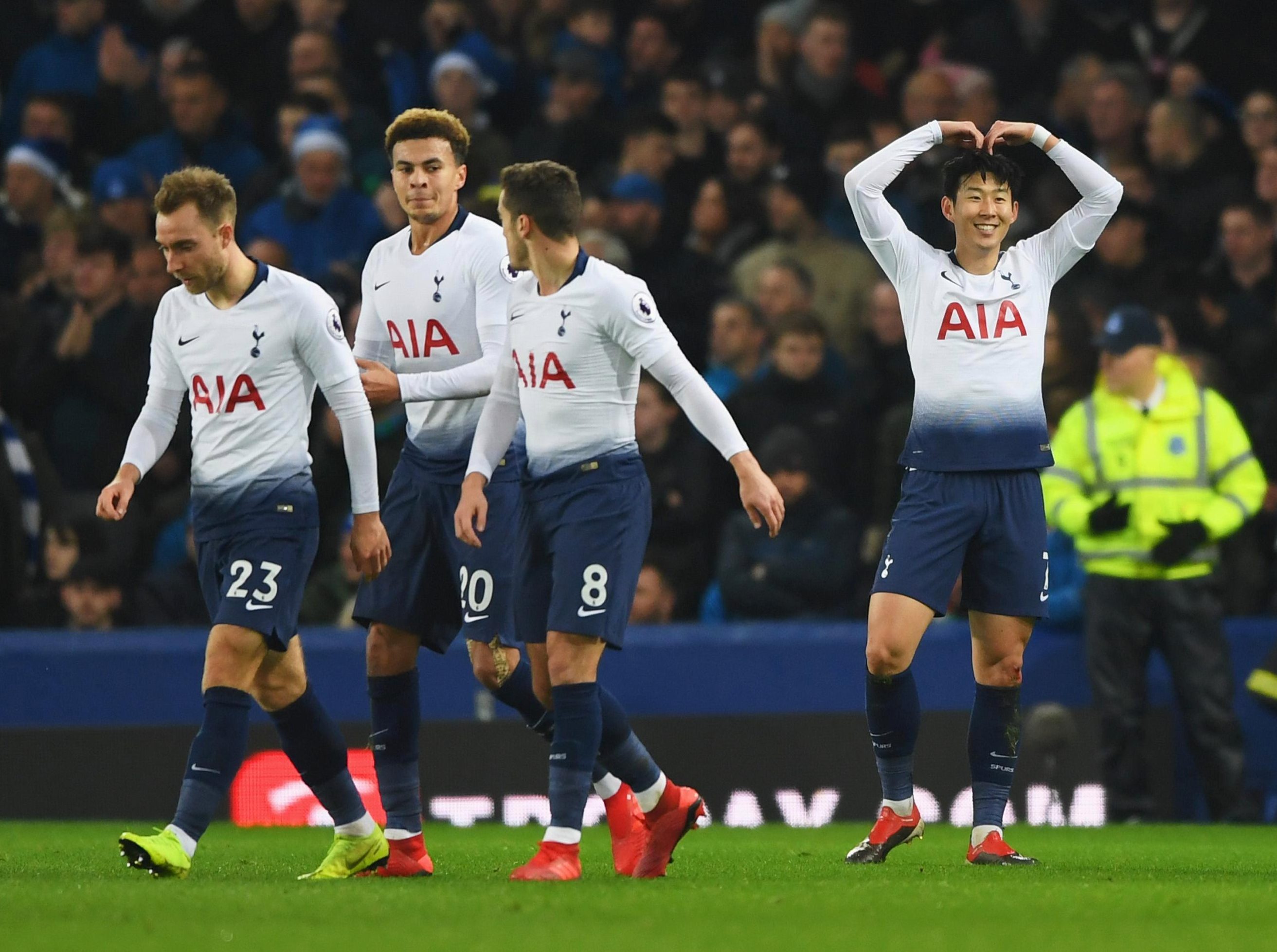 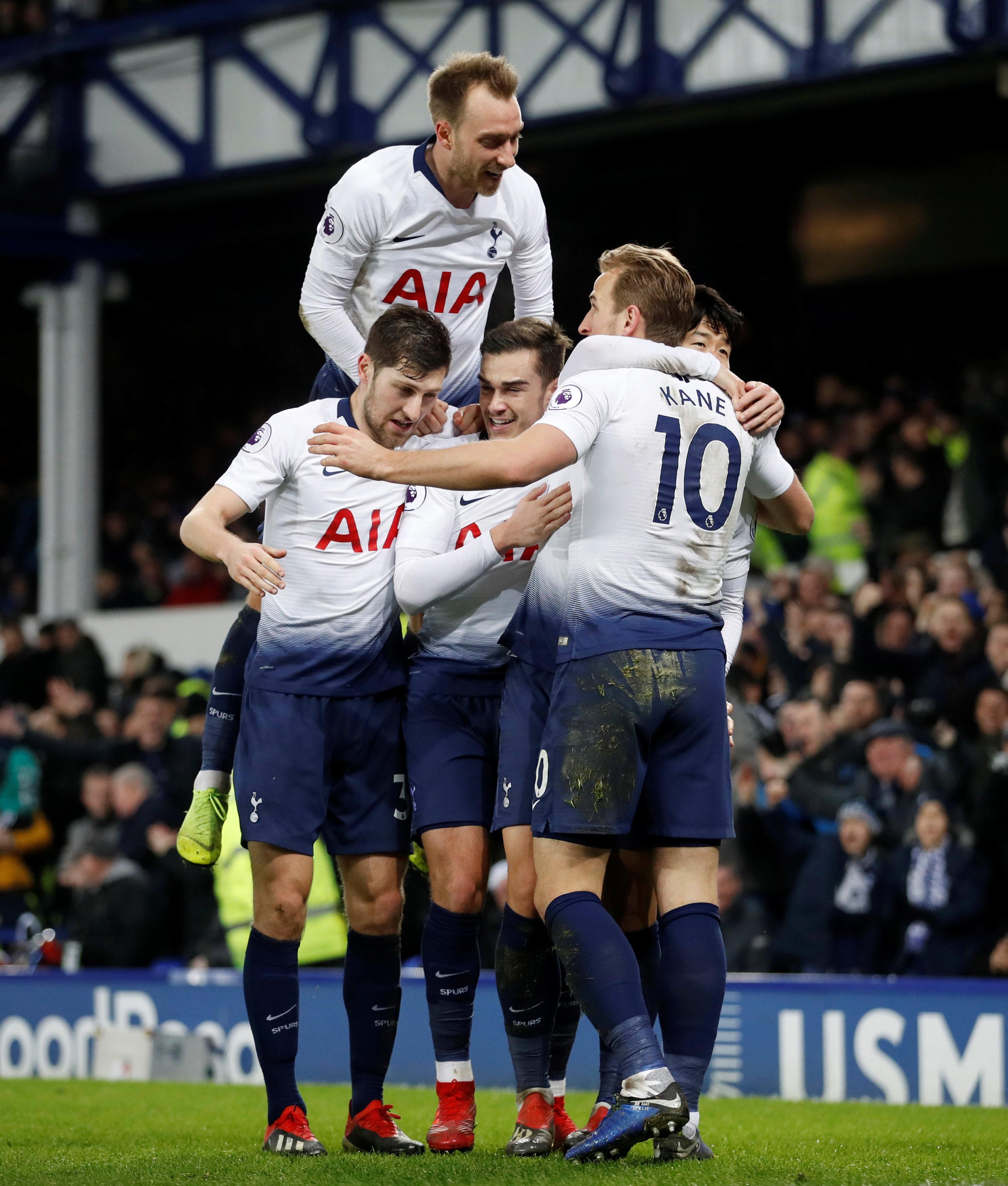 Well now champions City are very much in his, after this Mersey mauling cut the gap on last season’s runaway winners to just two points.

It was brilliant, it was breathtaking and at times it was plain barmy.

And it certainly hammered out the message that whatever Ole Gunnar Solskjaer did with his five-goal audition for the United job at Cardiff, Poch can top even more impressively.

On a broader level, it was a win which also proved beyond doubt this is no two-horse title race after all. 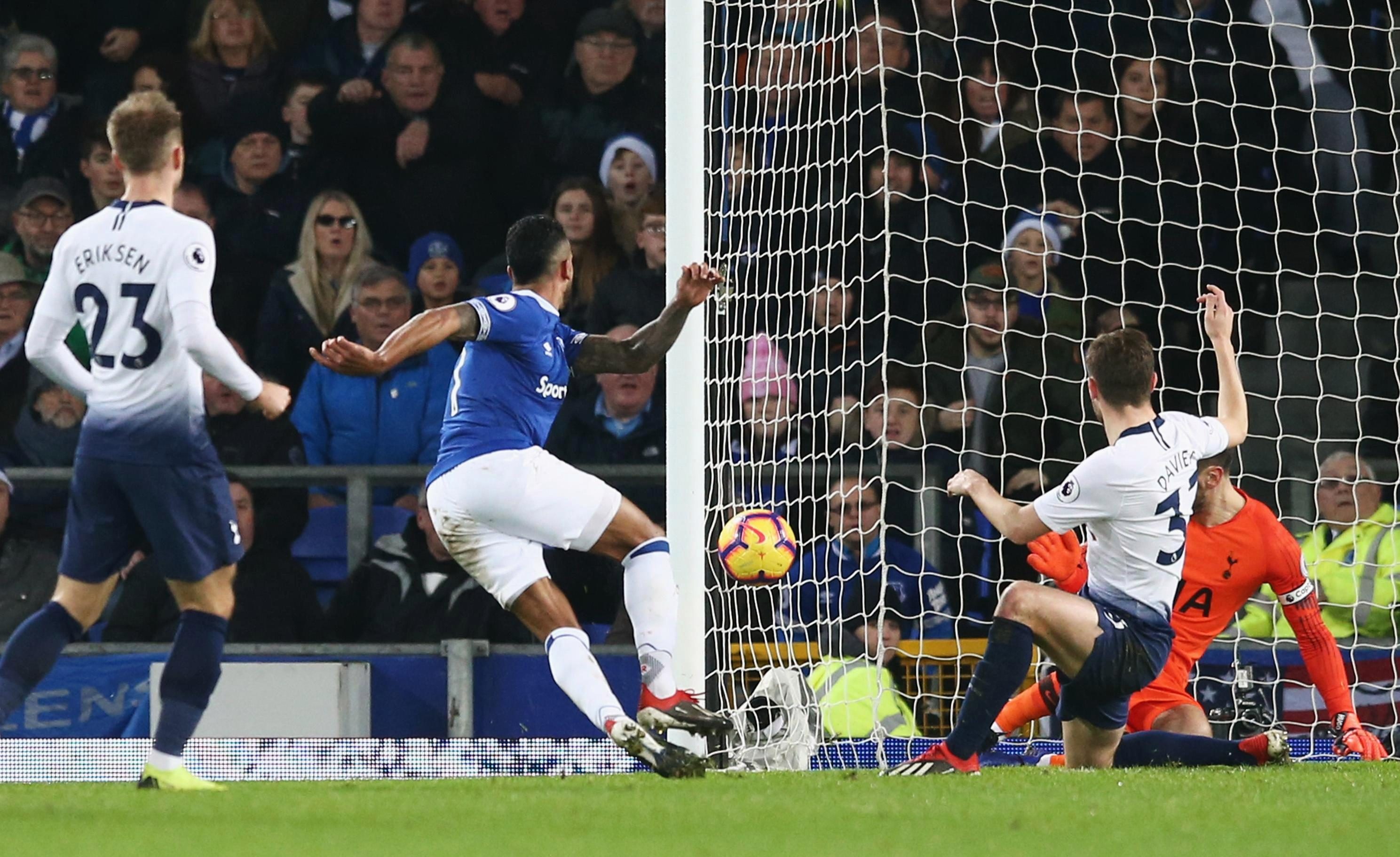 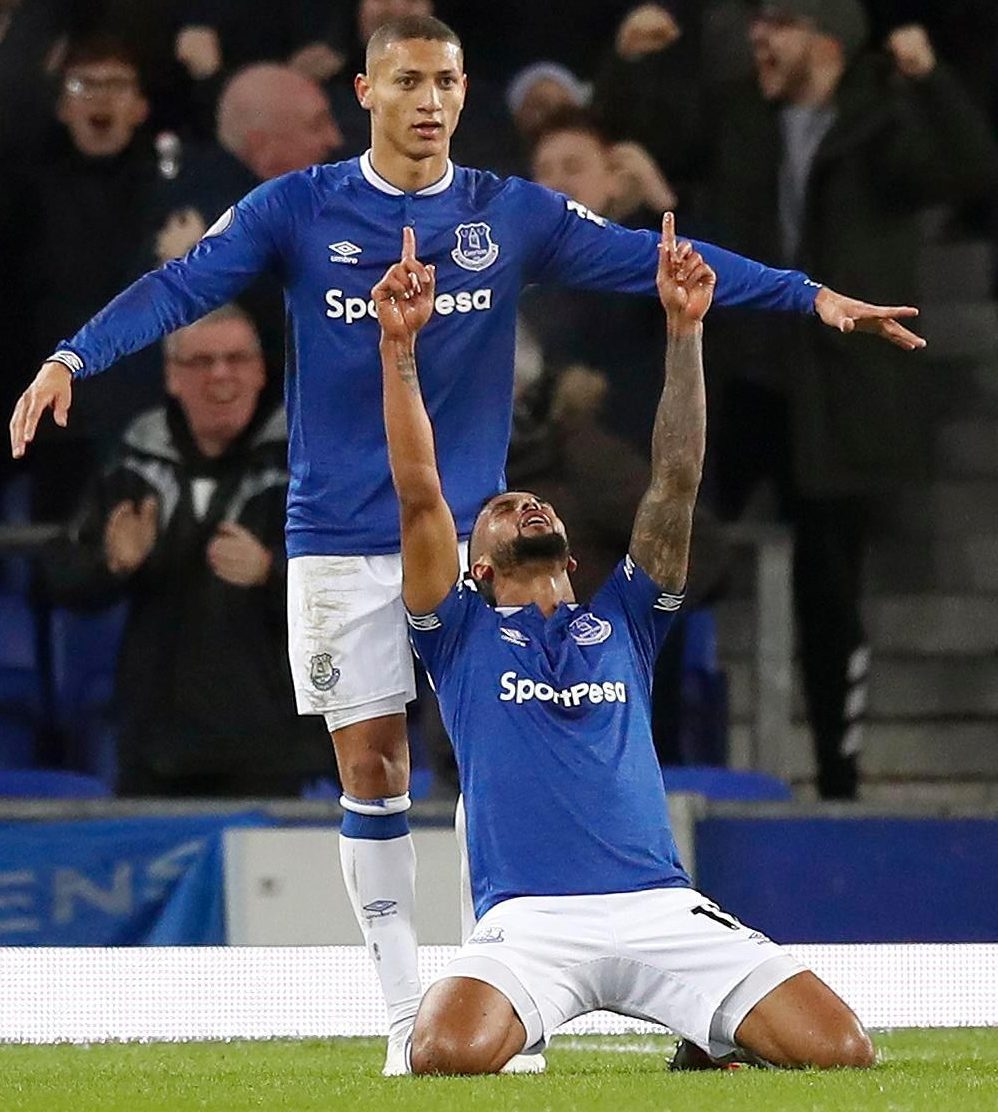 Make no mistake, Tottenham are very much in the scrap now.

This had been the most weird and wonderful of Premier League weekends even before a ball was kicked here, what with City’s shock loss to Palace and Leicester looting Chelsea.

Well six-shooting Spurs certainly played their part in all the fun, with a magnificent display of attacking football.

And all that despite the home side weathering an early storm, bagging the first goal, and being desperately unlucky not to double it before the touch paper really caught fire. 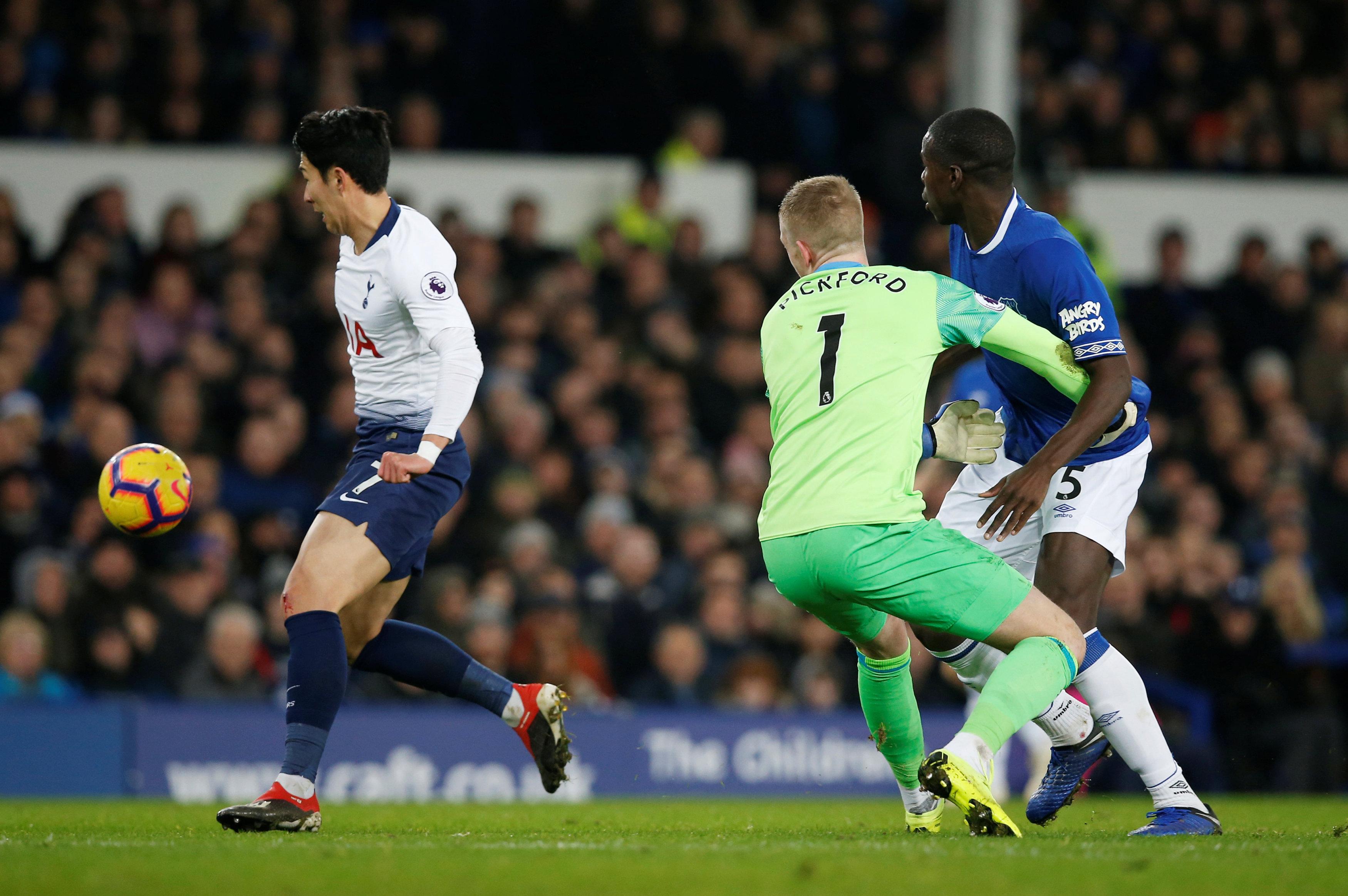 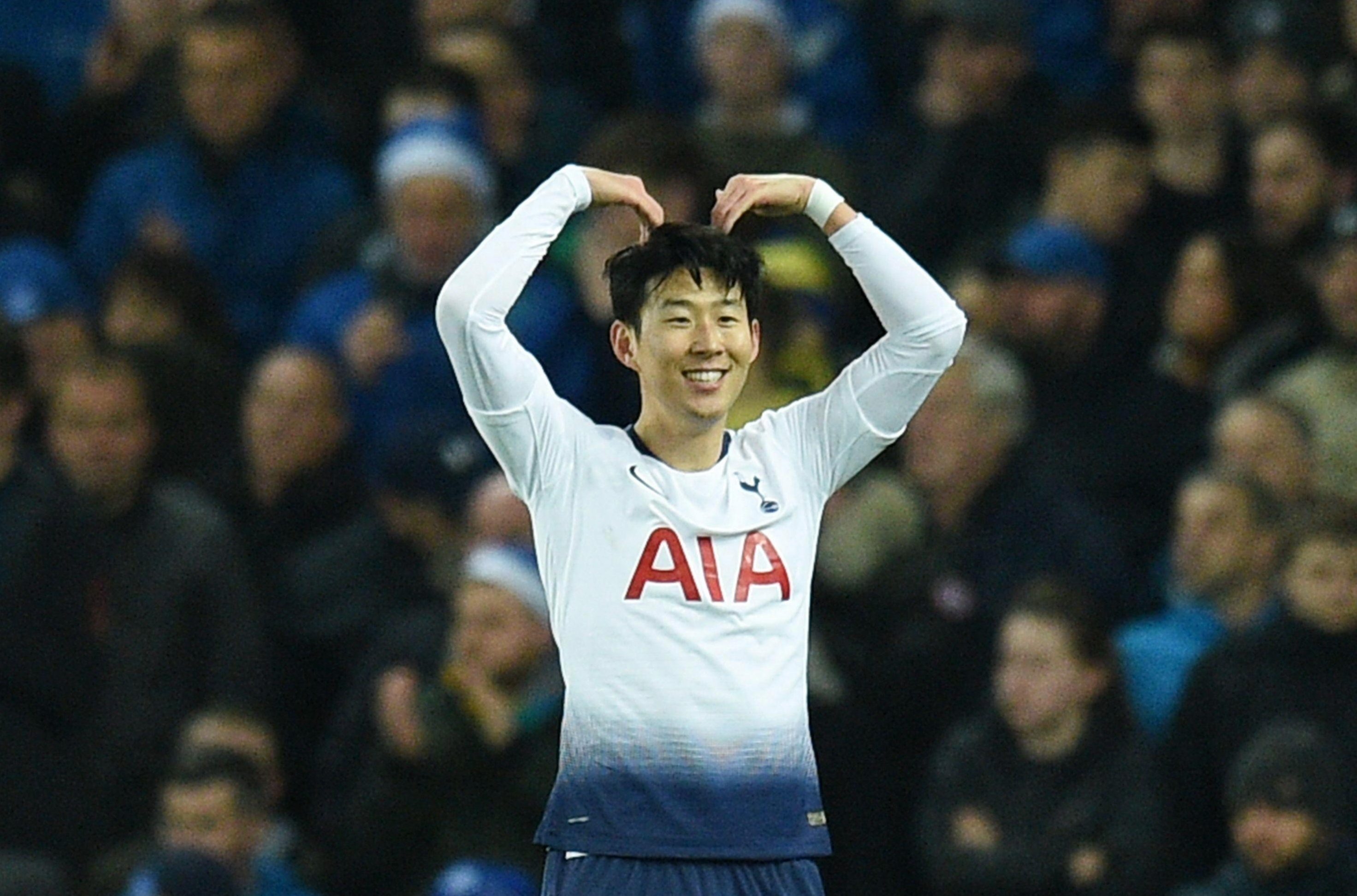 It came as Harry Winks was caught underneath a bouncing ball and Kieran Trippier caught out of position, allowing Dominic Calvert-Lewin to deliver the most inviting low cross.

And there, steaming in first, was former Gooner Theo Walcott to ram home his first Premier League goal in four months.

It was the most emotional of strikes for Walcott, who was in tears as he celebrated by looking to the sky in memory of his grandfather, who died earlier this year.

Five minutes later Everton thought they’d doubled their lead. On another day, with a more lenient referee, they would have done, too.

Davinson Sanchez, back after two months out with a hamstring problem, was hopelessly caught out by Walcott’s deflected cross.

Calvert-Lewin buried a great header in the corner, but had laid the slightest of hands on the Spurs centre back, who suckered ref Paul Tierney by throwing his arms up as he leapt. 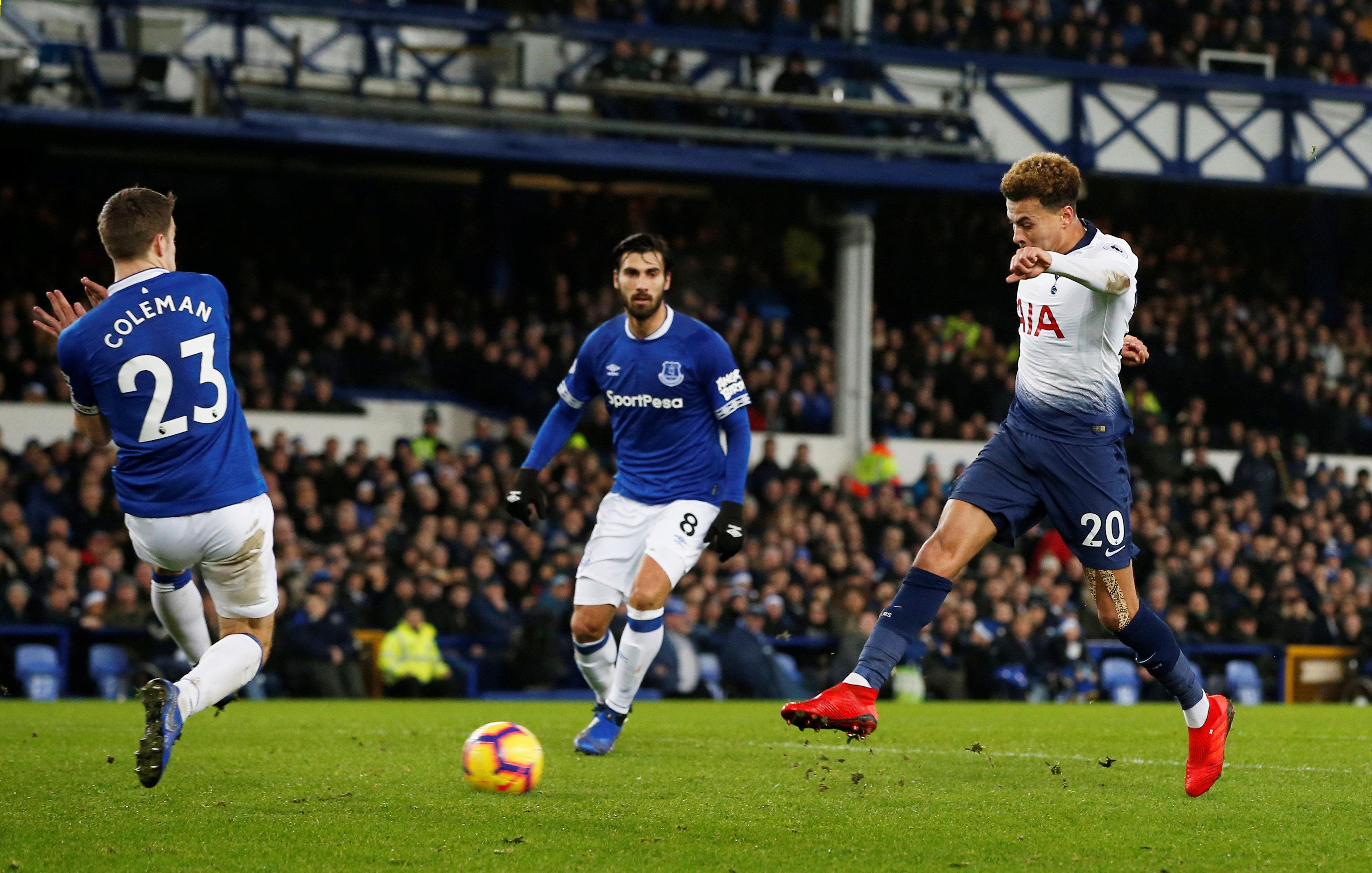 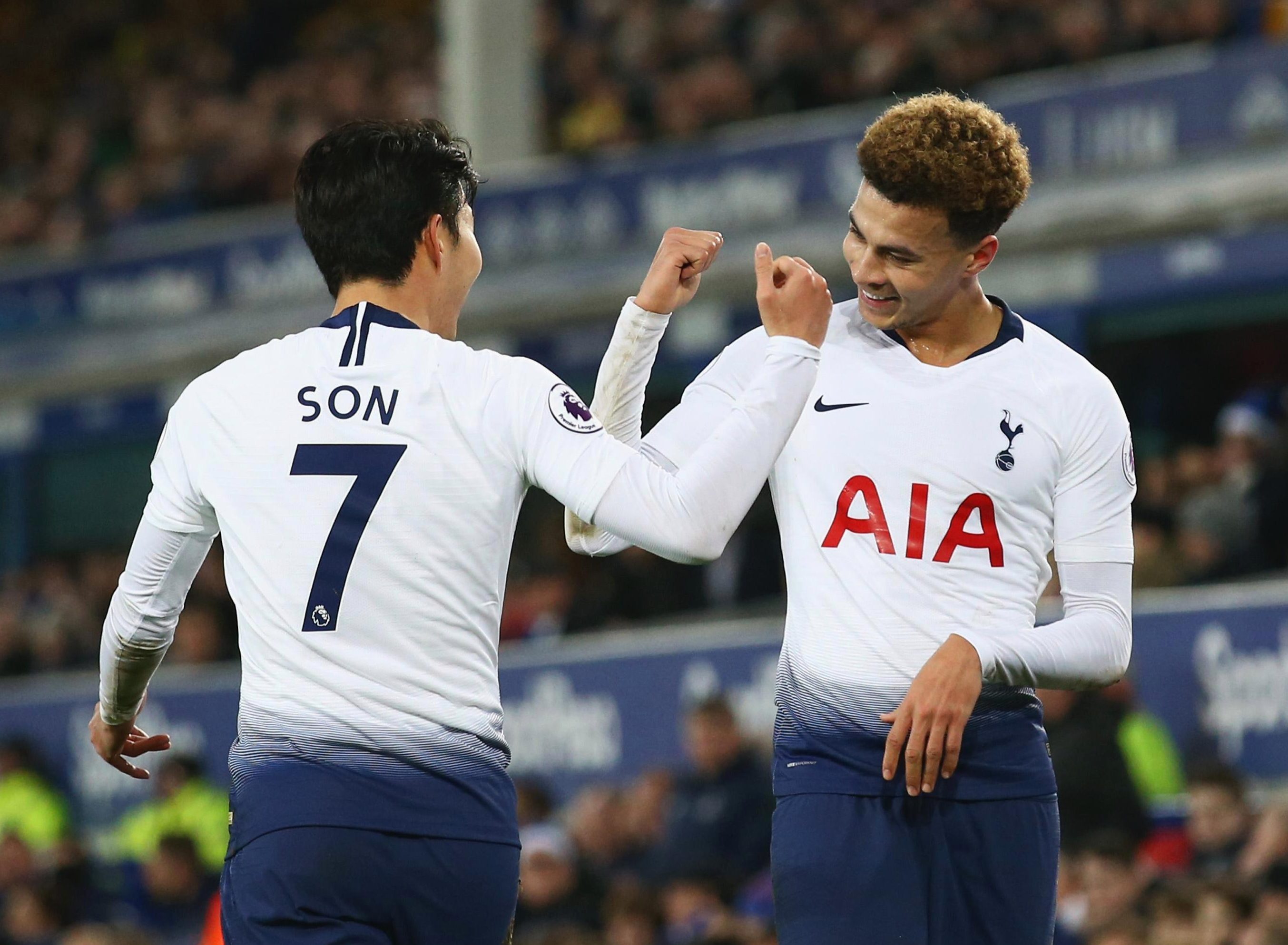 Going two up then would have put an entirely different complexion on things. Instead, within two minutes Tottenham were level and after 15 more they had breathing space.

And what a nightmare that leveller was for Kurt Zouma and, in particular, Jordan Pickford, who hasn’t exactly had the best of times in televised matches of late.

Three weeks ago he was guilty of that horrendous last-second clanger which gifted an Anfield derby win to Liverpool.

Today's blunder wasn’t quite as cringeworthy – but it wasn’t far short and, for an international keeper, it was frankly pretty shoddy.

Harry Kane had sent no more than a hopeful curled ball over the top for Son Heung-min to chase, yet Zouma was clear favourite to tidy up.

But he looked up to see Pickford, having raced from his goal, charging towards him, and as the two collided, the Blues keeper was dumped on his backside. 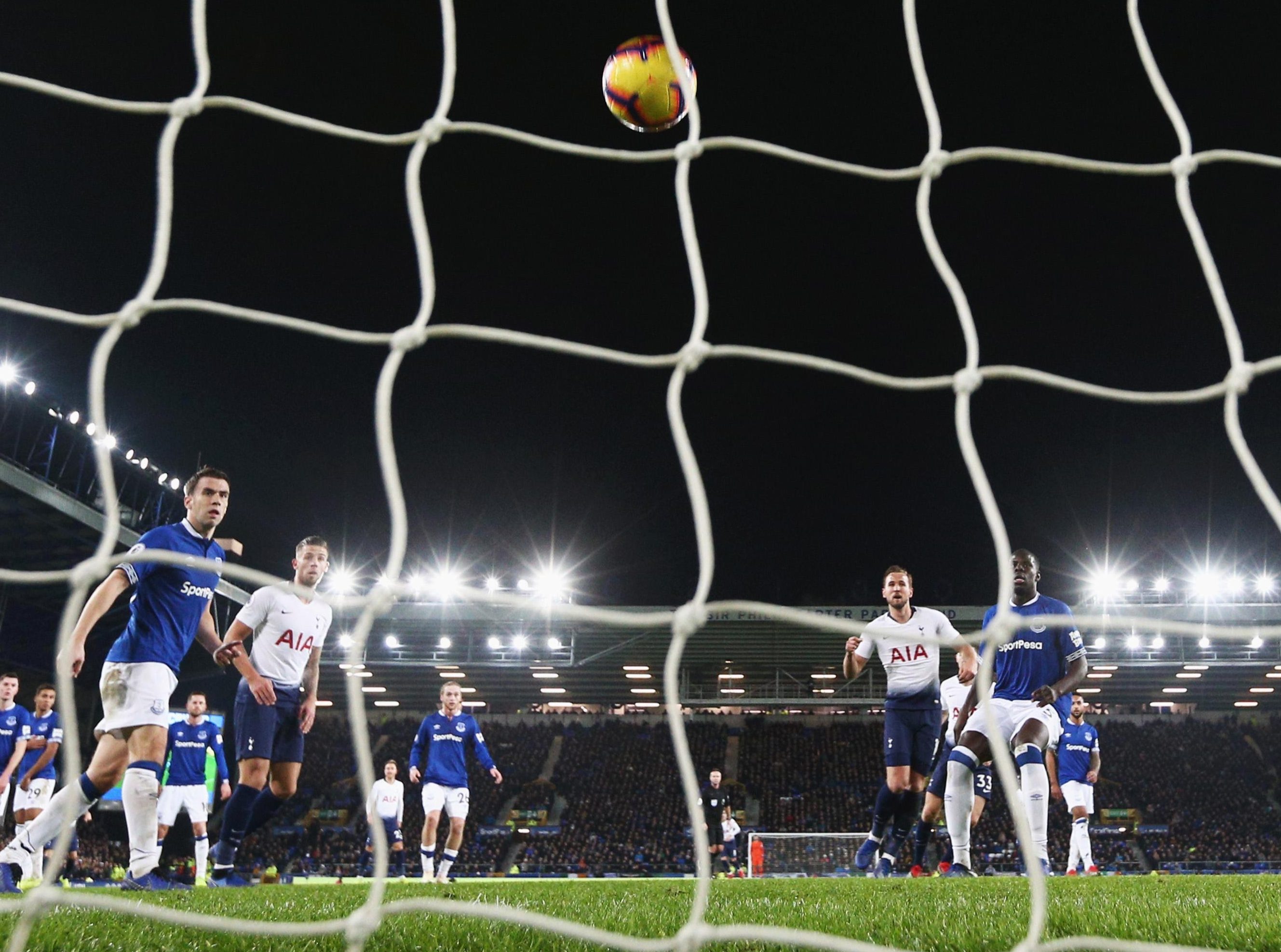 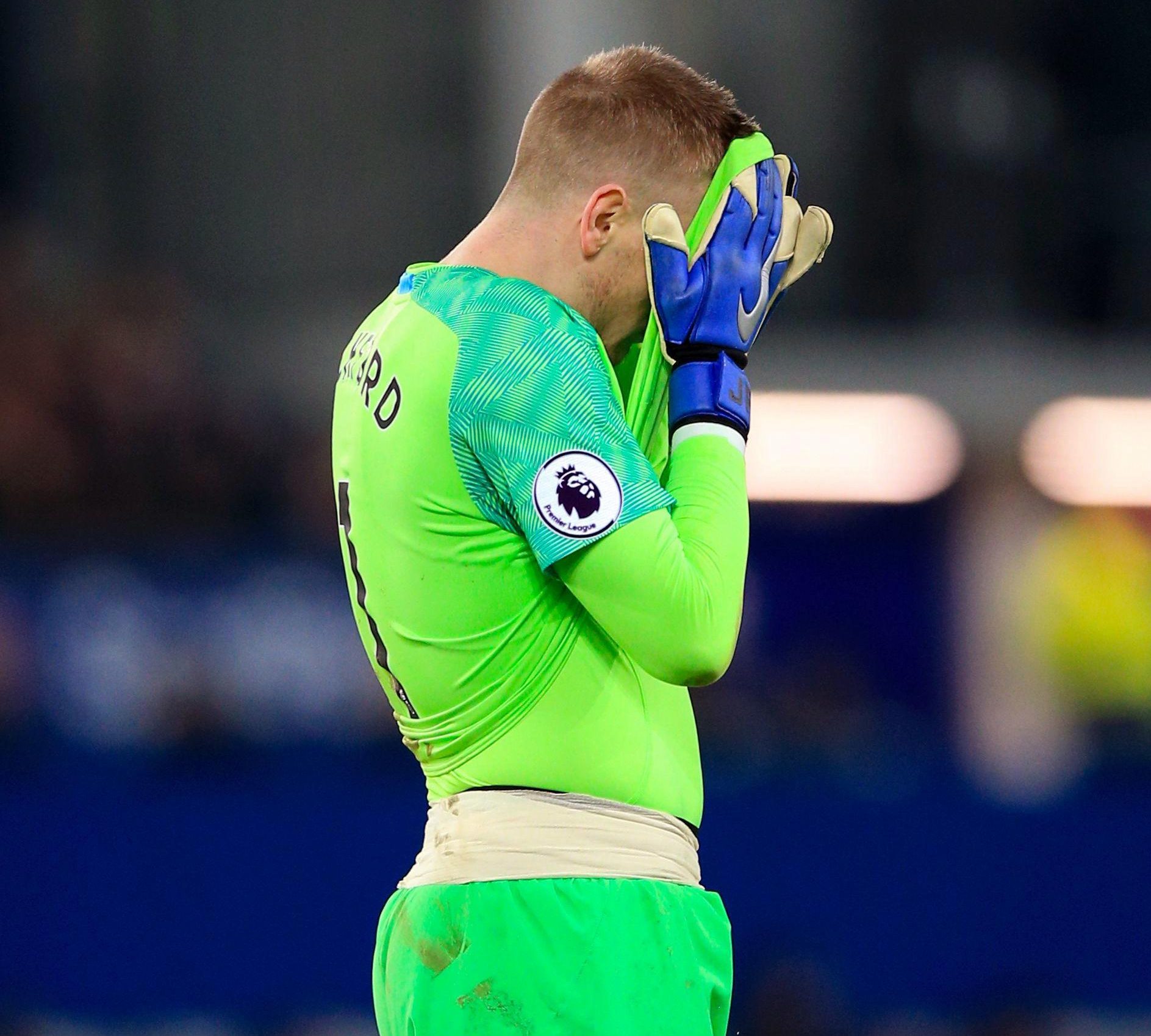 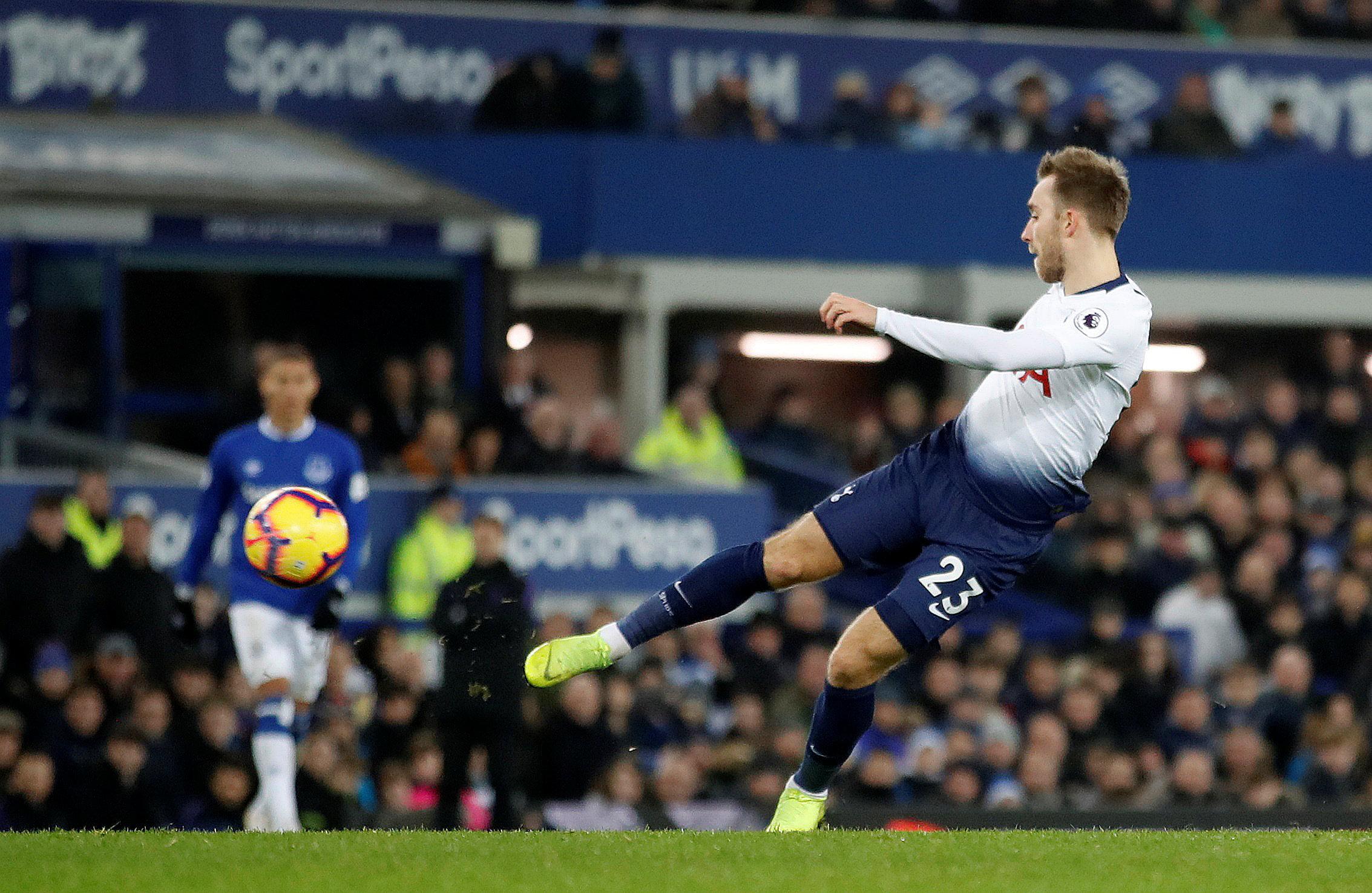 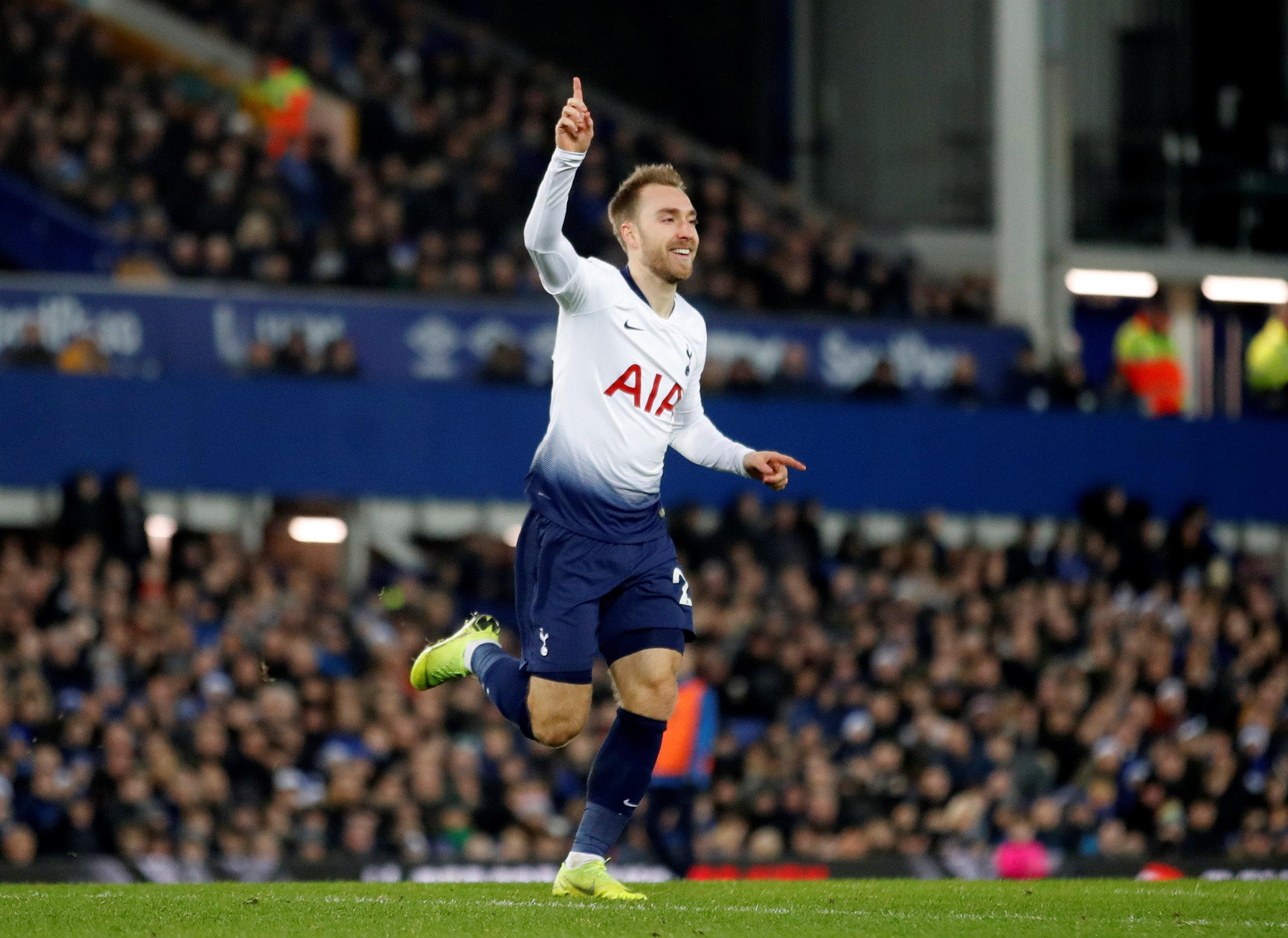 It was still no gimme for Son, with the angle acute to say the least, but the South Korean didn’t break stride as he clipped into the unguarded net.

Pickford raised a hand in apology – and nine minutes before the break had cause to do so again when Spurs went in front.

Seamus Coleman was badly out of position as Son found space to drill in a low shot, which Pickford got down well to block, but merely knocked back into the danger area.

The lurking Dele Alli needed no second invitation as he thumped the rebound through a packed area to embarrass Everton again.

It swiftly went from bad to farce with Spurs’ third, when Trippier whipped a free-kick against a post and Kane – left unmarked as Lucas Digne raced to join the wall – sidefooted home.

With no defensive midfielders on show, it was never going to be the tightest of games. To be honest, at times it was hard to find an Everton midfielder of any kind. 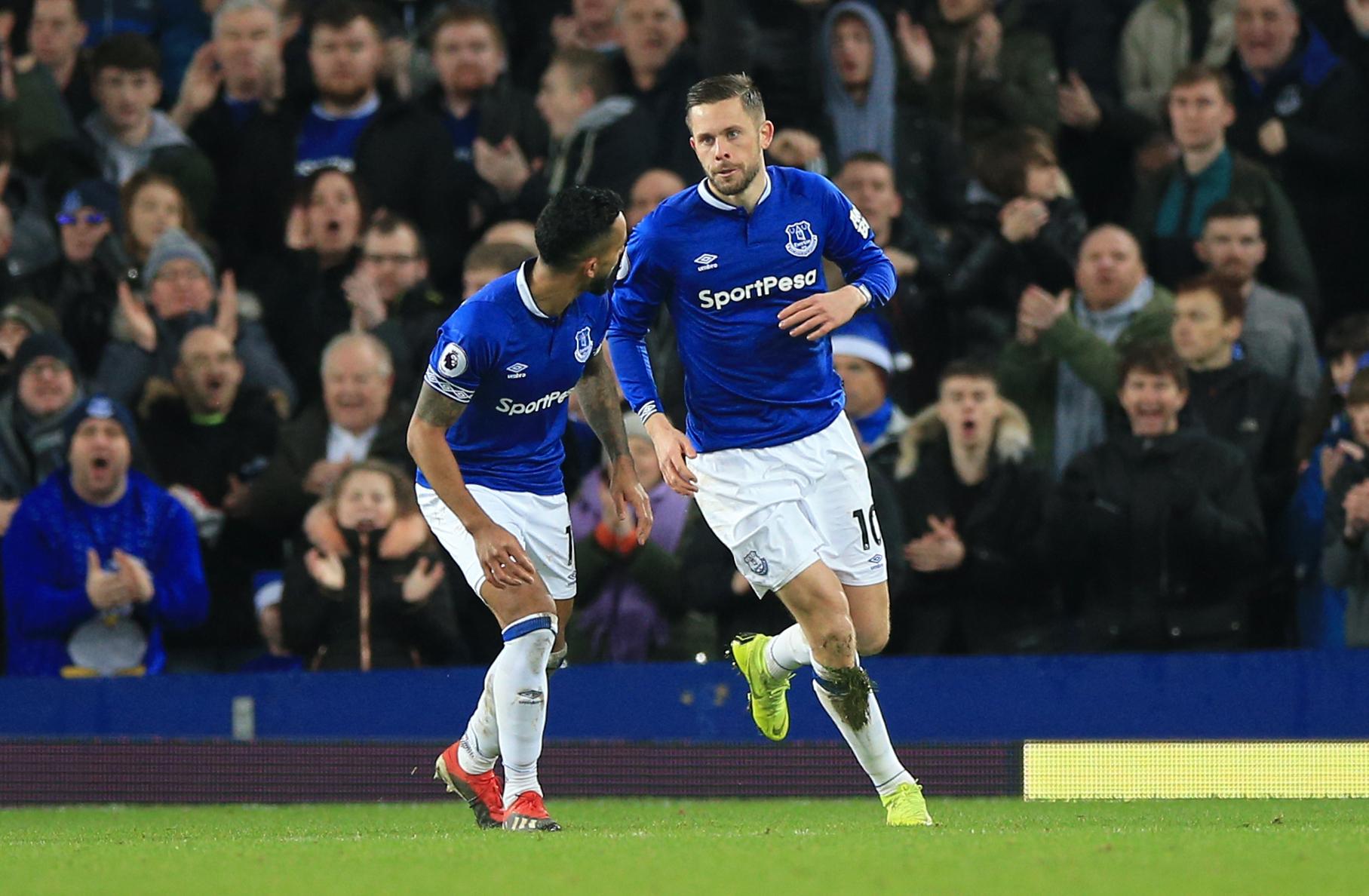 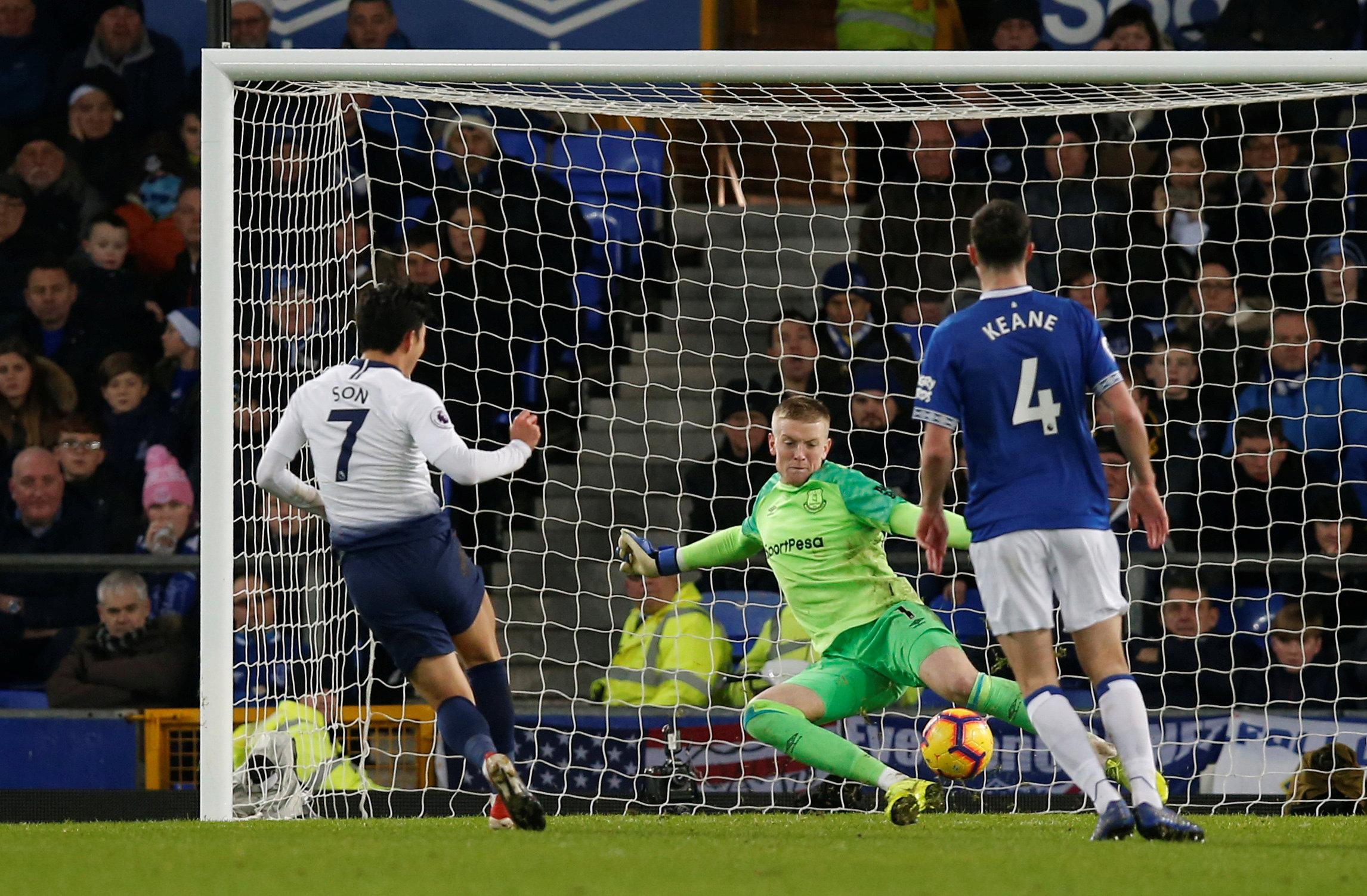 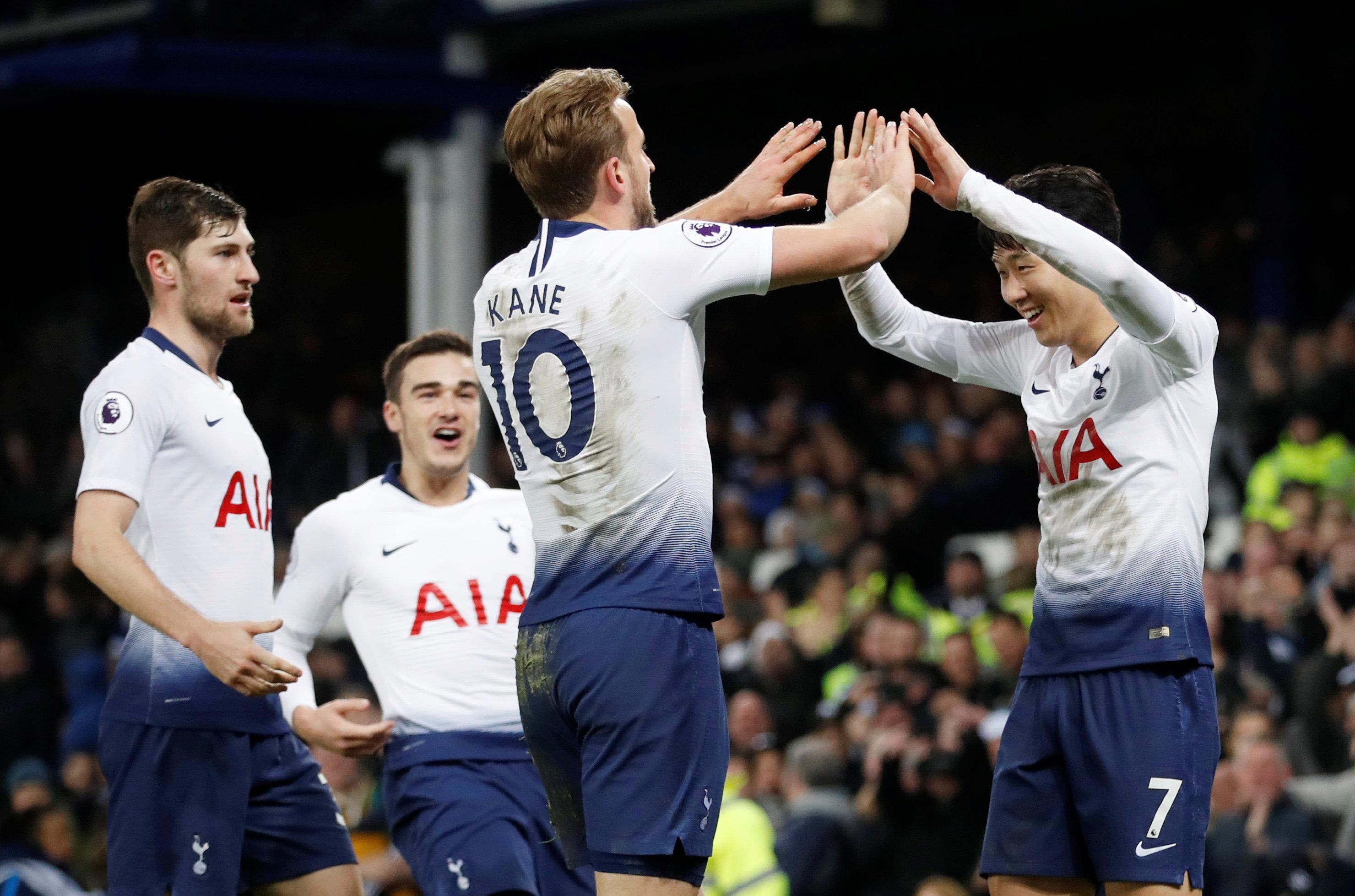 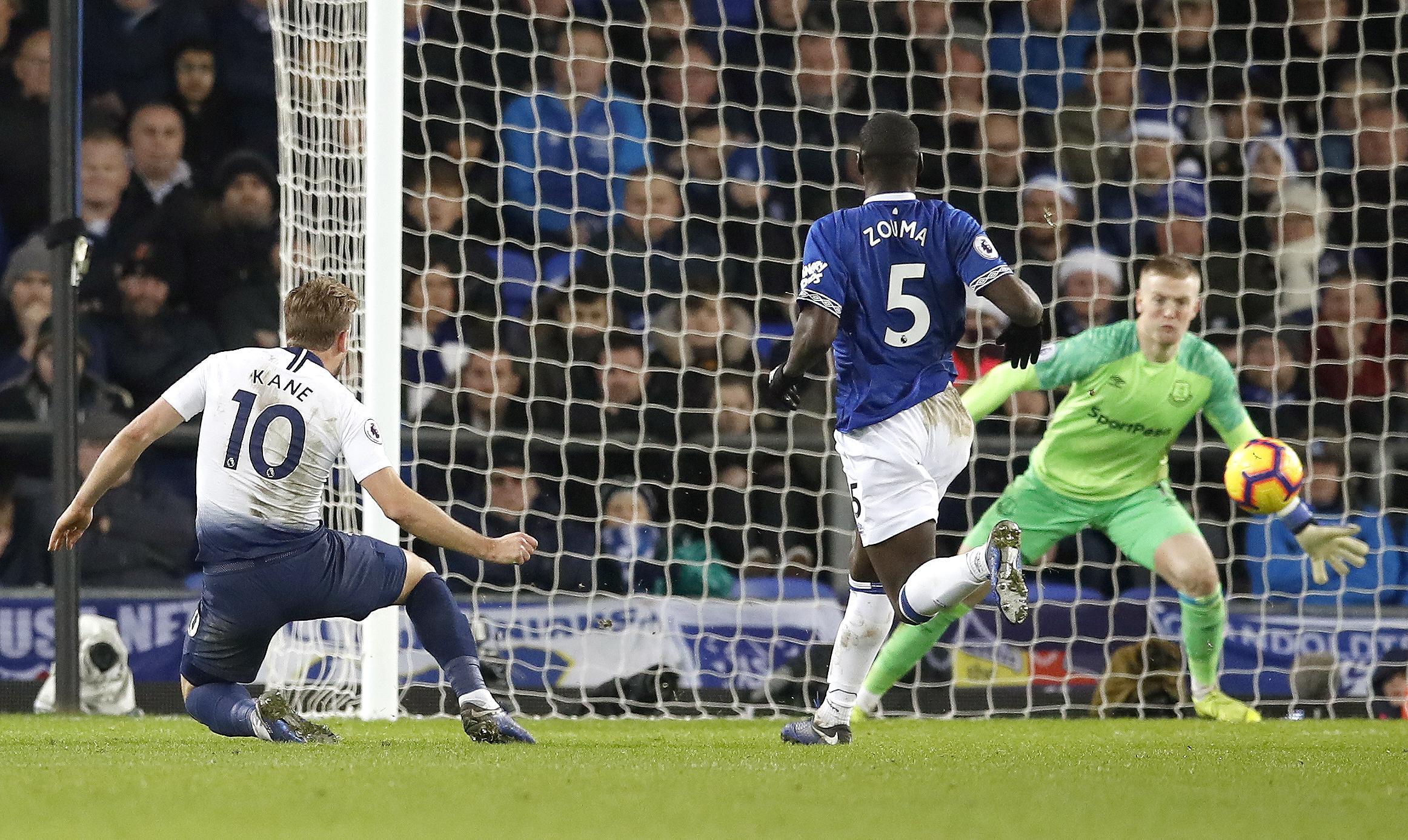 Three minutes after the break it was effectively game over thanks to Christian Eriksen’s jaw-dropping strike following Coleman’s embarrassing attempts at a headed clearance.

To be fair, back came Everton as Gylfi Sigurdsson danced across the box before rifling a low strike into the opposite corner.

Yet the comeback was never really on. Son made sure of that with a stunning kill-it-dead control and low finish to give Spurs a nap hand.

And if it’s Everton, the one guarantee is that Kane will inevitably end with a double – after all he’d done it on his three previous meetings with them.

So there was no shock as he did so again by completing the six-gun salute.

For Tottenham, truly a day to remember…for Everton, one they will be desperate to forget as soon as possible.