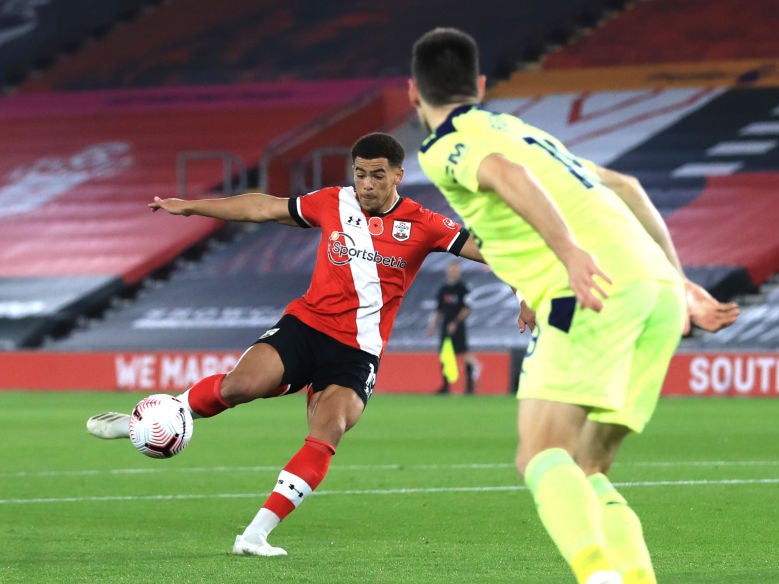 Che Adams in action for Southampton

Adams ended last season with four goals in six games and has started this one with three in 10, plus three assists, while his underlying performances suggest there is still more to come.

In many ways, he is Southampton in microcosm. Ralph Hasenhuttl’s side had the worst home record in top flight pre-lockdown. Two wins and a draw in four games followed during the restart. This season, their home record is the third-best. Adams has played a huge part in that, and finally looks at home at this level. By Mark Critchley

For those unaware, of the ways to win a Test match, chasing down a target is the hardest. The pitch is worn after the three previous innings, and generally at its worst. Players are tired, the days of graft to make it this far sapping their energy and enthusiasm. Often it’s the side batting last who have borne the brunt of the punishment meaning chasing sizeable scores can be a bit of a fool’s errand. Even if things go to plan, the closer you get to the promised land, the further away it feels.

So, when Pakistan set England 277 for victory in the first Test of their series this summer at Emirates Old Trafford, the odds were very much in their favour. Especially so when the fifth wicket fell with England still 160 behind.

What followed was a remarkable partnership of 129 between Jos Buttler and Chris Woakes which all but confirmed a win that would set them up to win the series. Buttler scored 75 and Woakes, who had not scored more than six in his previous nine innings before this match, finished unbeaten on 84. Collectively and individually, a phenomenal effort worthy of the highest praise. 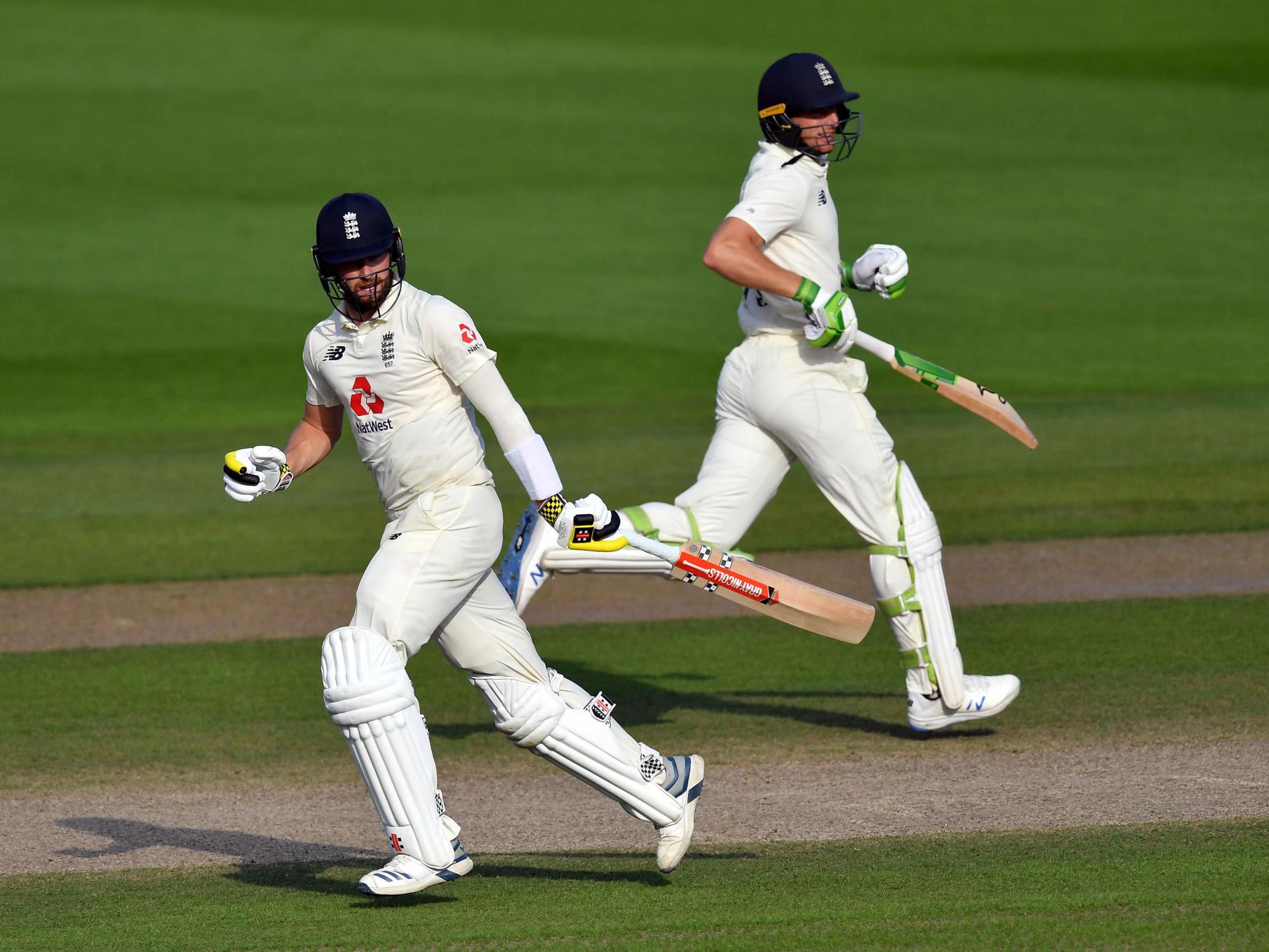 However, many similar chases have unravelled in similar circumstances. The tension, ramped up by the atmosphere in the stands, can be too much to bear. It is why coming into this summer only 12 sides had successfully reached a target of 250 or more since the start of 2010. And why the feat has only been achieved eight times in England and Wales this century.

Without the nervous energy of England fans fearing the worst, or the raucous cheering of those supporting Pakistan, clarity was allowed to prevail in a situation where it is usually absent. Vithushan Ehantharajah

Signed for £17m in January of this year, there was a lengthy period during which it was wondered just exactly what Daniel Podence was doing at Wolves, because playing regularly wasn’t the answer.

As a client of Jorge Mendes, whose fingerprints are all over the club, the questions were understandable. Nuno Espirito Santo preached patience: the new recruit would require time to assimilate to his demands and the needs of the team.

With Project Restart underway, the #FreePodence folk were finally treated to the talent they were waiting to witness in the Premier League. Nuno started the Portugal international against Everton on 12 July, in which he was supremely effective and the 25-year-old has become core to Wolves ever since.

His impact and influence on their offensive game was such that the club were happy to sanction Diogo Jota’s switch to Liverpool. And while the champions struck gold with their buy, Podence has turned in platinum performances for Wolves.

It will be interesting to see whether his game his elevated or inhibited by the return to fans in the ground, given all his top-flight starts have been in front of empty stands. Melissa Reddy

For a player who rarely ever breaks stride, Dustin Johnson’s record at the majors had always been something of a walking contradiction. In fact, in spite of such a decorated career, it seemed that the four occasions where he allowed a final round lead to slip through his fingers would always leave an asterisk against the world number one’s sustained spell of dominance. After all, before Rory McIlroy or Jordan Speith, it was Johnson who was supposed to inherit Tiger Woods’s throne.

A man of few outward emotions, Johnson rarely seems nervous, but when he first imploded at Pebble Beach in 2010 – his overnight lead vanishing within 30 minutes before eventually finishing in 82 – it was impossible to deny that somewhere beneath his blank exterior the alarm bells had rung.

A worrisome pattern had emerged, choking on the 18th green at Chambers Bay before watching leads fritter away more recently into the hands of Brooks Koepka and Collin Morikawa. There was no question Johnson always had the perfect game – a huge gunslinging drive, deft wedges and a deceptively reliable putting stroke – but that mental weakness became a scar and then a stick to beat him with. 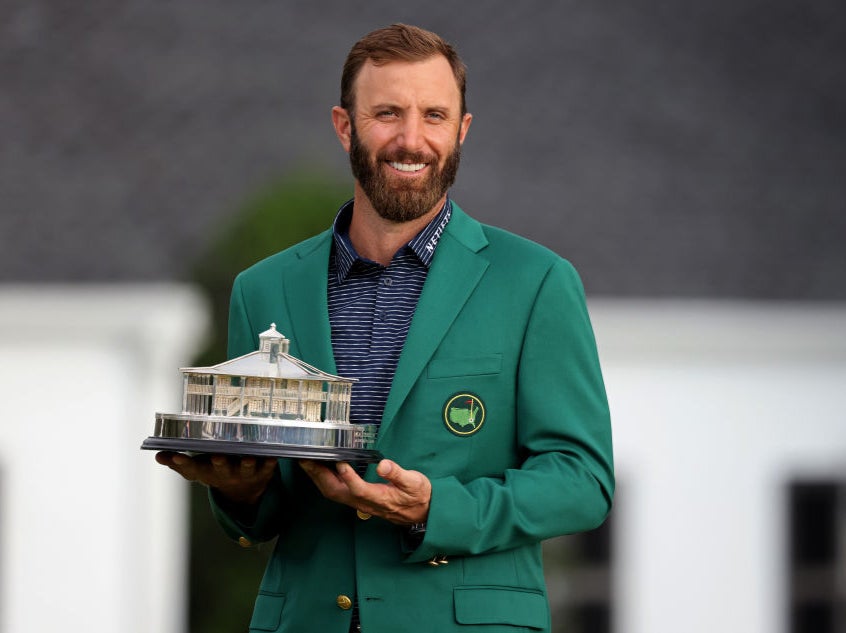 At The Masters, played without fans and in November for the first time, Johnson’s hopes hung in the balance again. He had been imperious over the course of the first three days, powering into the lead without so much as a shrug of the shoulders, but in the final round, almost instantly his advantage seemed to disappear after a nervous three-putt and hack from the bunker.

Golf might not be a sport famed for its crowds, but few courses wield the same kind of intensity as Augusta. In that moment, the tension would’ve cut through the air like a guillotine. Who is to say whether it might have changed the outcome but, without that burden, rather than succumb Johnson responded emphatically. After a birdie at the following hole, his grip never weakened again, the slinging Southern gait returned to his step, and he didn’t once stop until his arms were embraced by a Green Jacket. Tom Kershaw

Tanguy Ndombele’s talent is beyond doubt, but it’s equally fair to say he had a few issues adjusting in his first year at Spurs. That threatened to reach a point of no return under Jose Mourinho – and it’s remarkable to now think one of the stories of lockdown was their impromptu training session – but Ndombele has been transformed.

While the Spurs home crowd were always very encouraging towards the French midfielder, the lack of fans has been one less thing to worry about. It has removed some of the extra pressure, as he attempted to adjust himself for Mourinho. Ndombele now has a running start as fans return to see the best of him. Miguel Delaney

• Read more: ‘I never doubted his quality’ – Mourinho on Ndombele

There has never been a player who has started life at Anfield so well, but that doesn’t feel a coincidence. One of the things always said about making the step to a big club is getting used to the sheer size of it all. That size will obviously feel that bit more manageable when there aren’t fans filling these great historic stadiums, and Diogo Jota has immediately looked at home. His 12 goals in 23 appearances this term suggests he could be the signing of the season.

“Obviously when you play for a club like Liverpool that has one of the best atmospheres in the world, it just feels like something is missing,” Jota said this week. “We have a lot of these conversations with the staff and even with the players [on] the things I am missing. Feeling the Anfield effect is the thing I’m looking forward [to] most.” Jota is understandably excited to play in front of a full house at Anfield, but bedding in without them may have been a blessing in disguise. Miguel Delaney

This weekend get a £10 free bet with Betfair, when you bet £10 on a Same Game Multi on the Premier League. Terms: Min £10 Same Game Multi bet on any EPL match this Fri – Sun. Free bet valid for 72 hours, awarded at bet settlement. Excludes cashed out bets. T&Cs apply.