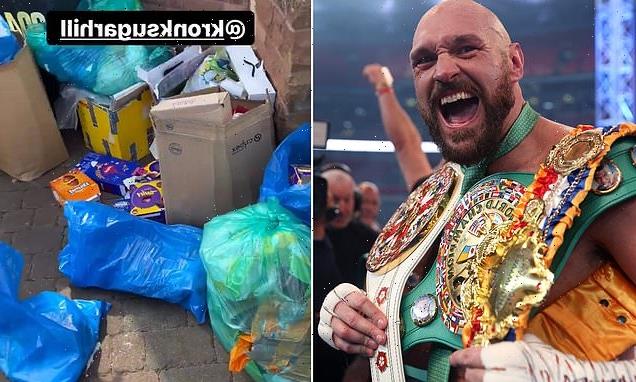 ‘From 95,000 at Wembley for the heavyweight championship… to taking out the bins!’: Tyson Fury and his trainer SugarHill Steward come back down to earth with chores after dizzying high of win over Dillian Whyte

Tyson Fury has come back to reality with a thud, going from the adrenaline rush of beating Dillian Whyte at a packed Wembley, to taking out the bins.

The heavyweight champion was carried to the ring on a throne before dispatching Whyte with an uppercut in one of the great nights of his career.

He vowed to retire afterwards and was stuck into the mundane chores of everyday life on Monday. 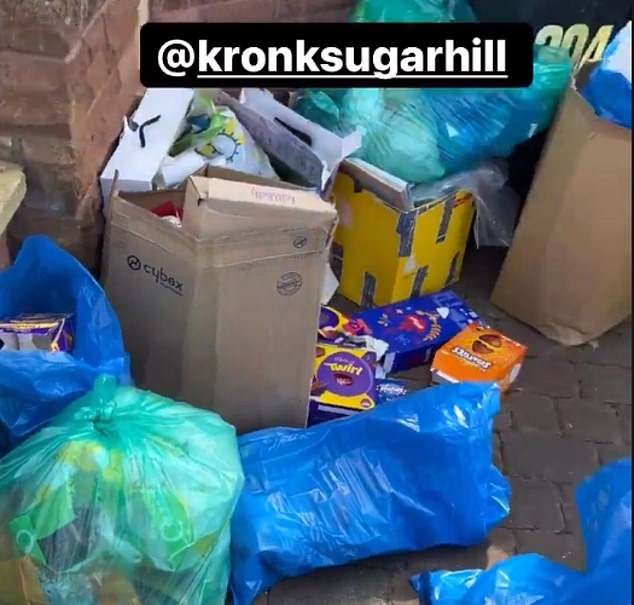 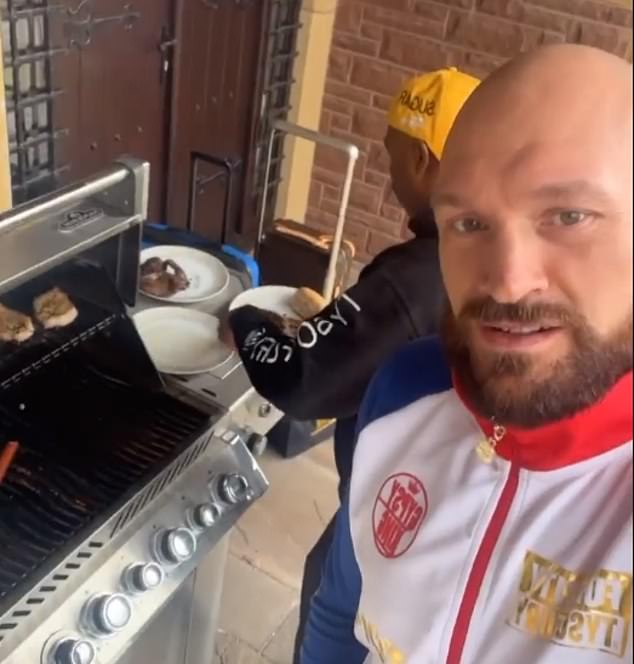 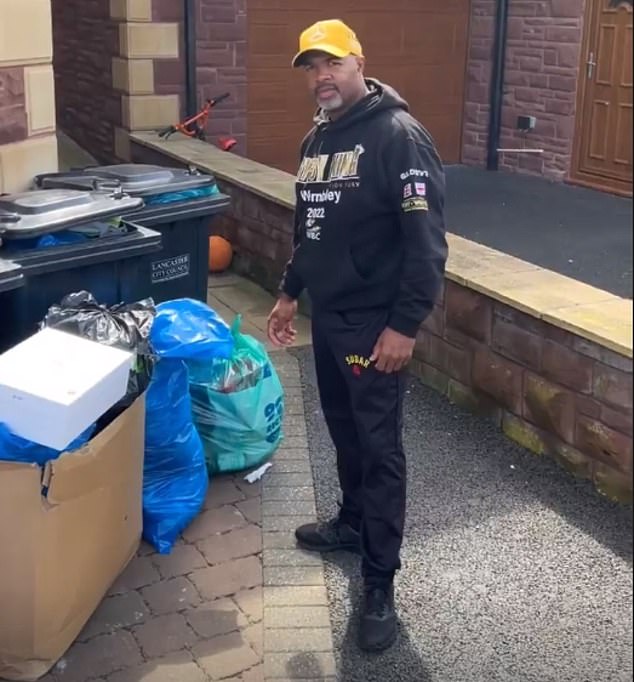 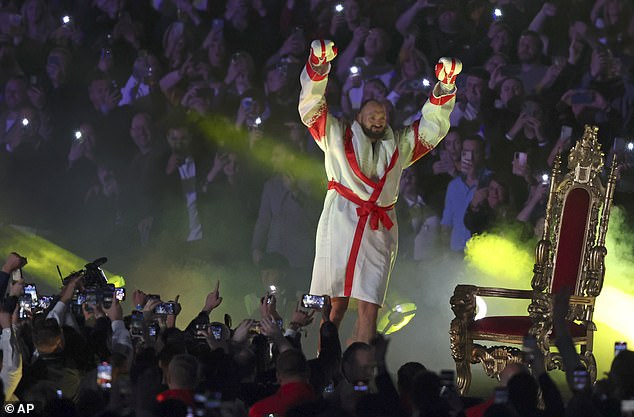 With Fury filming, SugarHill Steward was seen in front of a huge pile of boxes and rubbish and the pair set about stacking them into the back of a truck for a trip to the tip.

The ‘Gypsy King’ said: ‘From 95,000 people at Wembley and the heavyweight championship of the world… to me and Sugar doing the bins.

‘Straight back off the motorway, on our own, getting it done. Tip run for us.

His renowned trainer then offered: ‘This is how everything comes to be, the little stuff.’

The pair later tucked into a barbecue after their trip to the dump and perhaps the magnitude of Saturday night will now being to sink in for the 33-year-old.

He completely out-classed Whyte in front of a sell-out Wembley in what was the highest gate in British boxing history.

Afterwards, Fury said it would be the last time his fought professionally. ‘I promised my lovely wife Paris that would be it after the [Deontay] Wilder fight. But I got offered a fight at Wembley and I owed it to the fans. What a way to go out,’ he explained.

But Top Rank boss and co-promoter Bob Arum rubbished the idea that Fury will simply walk off into the sunset.

‘No, he definitely won’t retire,’ Arum told USA Today Sports. ‘Of course not. Are you crazy? We’ll have plenty of time to talk everything out.’

A cross-over fight with UFC heavyweight champion Francis Ngannou could be on the cards and the Cameroonian was present at Wembley.

He wants to be able to take on Fury but remain in the UFC but his contract is up at the end of this year and the ‘Predator’ can explore his options in free agency. 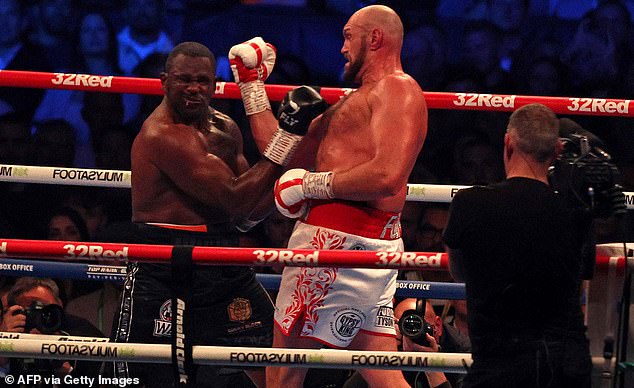 Fury talked up the contest, saying: ‘Big Francis Ngannou was here, he’s on my hit list in an exhibition fight, either in a cage, in a boxing ring, boxing gloves, UFC gloves, we can make it happen,’ Fury said.

Oleksandr Usyk will rematch Anthony Joshua and depending on the outcome of that battle, Fury could be tempted to come back and face the winner.