The record-setting television deal was, in hindsight, far too good to be true.

The billion euros the upstart media company had promised to pay to televise French soccer matches each year represented an increase of 60 percent on the league’s previous television deal, and much more than any other bidder had offered. It was a sum so large — about $1.2 billion a year — that it led officials from the league and the club executives on its board to ignore obvious warning signs; to brush aside the fact that the company making the offer, MediaPro, had no history in French soccer; and to close an agreement without the type of bank guarantees that might have ensured that all that money would eventually arrive.

And then the deal simply vanished.

Last week, arbitration talks between the Ligue de Football Professionnel (L.F.P.), the governing body for professional soccer in France, and MediaPro, a Spanish broadcaster now controlled by Chinese interests, ended with the company handing back the four years of rights under its control and less than a third of the more than 300 million euros it owes for games this season.

For the clubs, the repercussions may be immediate. Instead of being flush with enough cash to build teams to rival those in Germany and Spain, most French teams are facing restructuring measures, starting with the sale of players when Europe’s player trading window reopens in January. 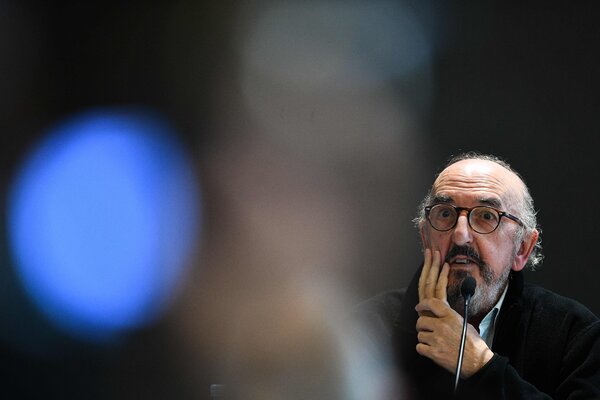 One team director described the situation as “a total disaster.” The chief executive of another one said the situation — coupled with the continuing financial effects of the coronavirus pandemic — was “hugely damaging.” The president of the French champion Paris St.-Germain, Nasser al-Khelaifi, asked the league’s new leaders to conduct a full investigation into the process that ended in catastrophe for France’s teams. Al-Khelaifi is also chairman of beIN Media Group, a rival to MediaPro for rights.

What may hurt most, at least from the teams’ perspective, is that it is a crisis of their own making.

The trouble began in the spring. As all of Europe’s major soccer leagues plotted ways to reboot, the French league announced it would be the only one not to complete its suspended campaign.

A government decree ended the season early, forcing Ligue 1 to tap a national loan program to ensure its teams did not fall into financial ruin. Only the prospect of record-breaking broadcast revenues, set to take effect with the start of the MediaPro deal this season, softened the blow.

The agreement, signed in 2018, had been trumpeted as groundbreaking then, a contract worth more than a billion euros per season (about $1.2 billion) for rights to matches in France’s top two domestic divisions. That symbolic figure was one that team executives had long hoped to realize, and one so large that it led them to part ways with the league’s partner, Canal+.

But the financial boost — MediaPro had agreed to pay almost 60 percent more than the previous agreement — also led teams to spend more on recruitment in the last off-season, a decision that many are now regretting.

“They had anticipated the higher TV rates, and this comes as a shock for most people,” said the chief executive, who asked not to be identified because talks to stabilize the league’s finances continue. He predicted some clubs would look to foreign investors to bail them out in return for heavily discounted equity or outright sales.

Some of the comfort that led the clubs to spend freely can be traced to ebullient comments made by MediaPro’s chief executive, Jaume Roures, at the height of the pandemic’s first wave in the spring, when global sports had stopped and the French league’s main broadcast partners at the time, Canal+ and beIN Sports, announced they would suspend their rights payments.

In April, Roures, in an interview with the sports daily L’Equipe, vowed to take over the broadcast rights to French games early if the season restarted in the summer and the league’s partners, Canal+ and beIN Sports, opted out. “To be a good Samaritan is to pay what you owe,” Roures said at the time.

But a closer look at the deal French league officials signed with MediaPro, a company started by Roures and two partners that is now largely controlled and financed by a little-known Chinese group, suggests several red flags were ignored in pursuit of the richest offer.

MediaPro would not have been allowed to enter the auction for the French rights, for example, had the league not changed the tender process to allow agencies like MediaPro, which did not have a platform in France to broadcast games, to take part.

Then, after the agreement was struck, it took several months for an official contract to be signed, and when it was it did not include the type of bank guarantees that would have proved MediaPro would be able to make good on the payments it had promised.

There were other warning signs, too. Another huge deal signed by MediaPro, the stunning capture of rights to Italy’s Serie A, collapsed around the same time it was in talks about its French acquisition. Part of the reason was the company was unable to provide a guarantee for much of the amount it had promised the league.

And four years ago, the company’s business practices came under further scrutiny when a United States affiliate, Imagina Media Audiovisual, was implicated in the FIFA bribery scandal. Earlier this year, Gerard Romy, one of MediaPro’s founders, was charged with wire fraud, money laundering and racketeering conspiracy in connection with the case.

Roures had looked to blame the impact of the coronavirus when he called for the French league to renegotiate its MediaPro deal in October. But with stadiums largely off-limits to fans, viewing figures for soccer have remained robust across Europe; in some cases, ratings have soared.

Didier Quillot, the L.F.P. chief executive who led the tender process, left his post in September with a payment of about $1.8 million, much of which was based on his negotiating the deal with MediaPro. Quillot in recent days has said he is prepared to repay any bonus he received that was linked to the rights sale.

MediaPro’s troubles started when it failed to secure 100 percent of the rights, losing a crucial package that included the first pick of the week’s top game to beIN Sports, a Qatar-backed broadcaster. BeIN sold those rights to Canal+, reducing the need for the network, France’s biggest pay television operator, to make a deal with MediaPro for the other games.

That left MediaPro holding expensive rights without the most viable outlet willing to buy them. Seeking a way out, it sought to start its own channel, Téléfoot, which had little to offer subscribers beyond the matches it had bought. Sales of subscriptions offered on other, smaller platforms failed to reach meaningful numbers, though, leaving MediaPro to burn through millions of dollars with little hope of breaking even.

Faced with that crisis, MediaPro failed to make a payment of 172 million euros ($208 million) when the French league started its new season in October. It skipped another one for 152.5 million euros this month.

MediaPro moved to defend itself from litigation by taking advantage of new laws passed to protect companies during the coronavirus crisis. Unable to insist on recouping what it was owed, the French league was forced into a mediation process that ended last week with MediaPro agreeing to return only 100 million euros ($121 million).

“Clubs are desperately in need of cash; that’s why the league has accepted this very bad offer from MediaPro,” said Pierre Maes, a consultant and author of “Le Business des Droits TV du Foot,” a book on the soccer rights market.

The league — which has so far kept its teams afloat with bank loans in lieu of the missing broadcast payments — is now scrambling to find a television partner, most likely Canal+, to come to the rescue. One thing is almost certain: The price the league will be forced to accept will not be celebrated in the manner the MediaPro deal was.

“Whatever can be done to deliver cash to clubs, they’ll do it,” Maes said. He predicted that any new agreement for the rights now could bring about half of what MediaPro had promised to pay.

“Canal+ is today in a position to correct the market,” he said.