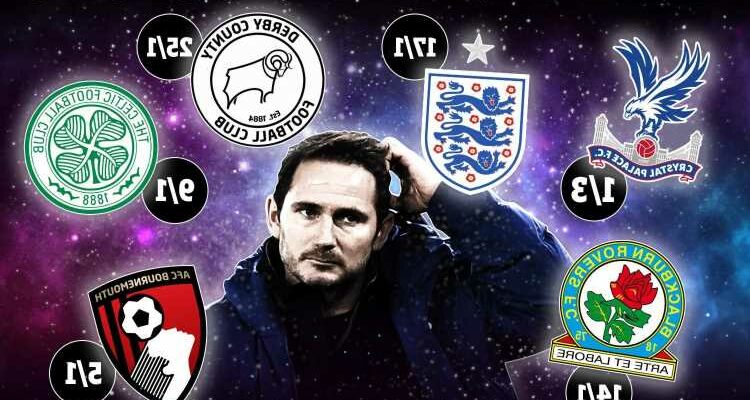 FRANK LAMPARD could be nearing a return to management with Crystal Palace his most likely destination, according to bookmakers Betfair.

However, there are several other roles the former England midfielder is being tipped to consider with Bournemouth, Celtic and Blackburn all in the running. 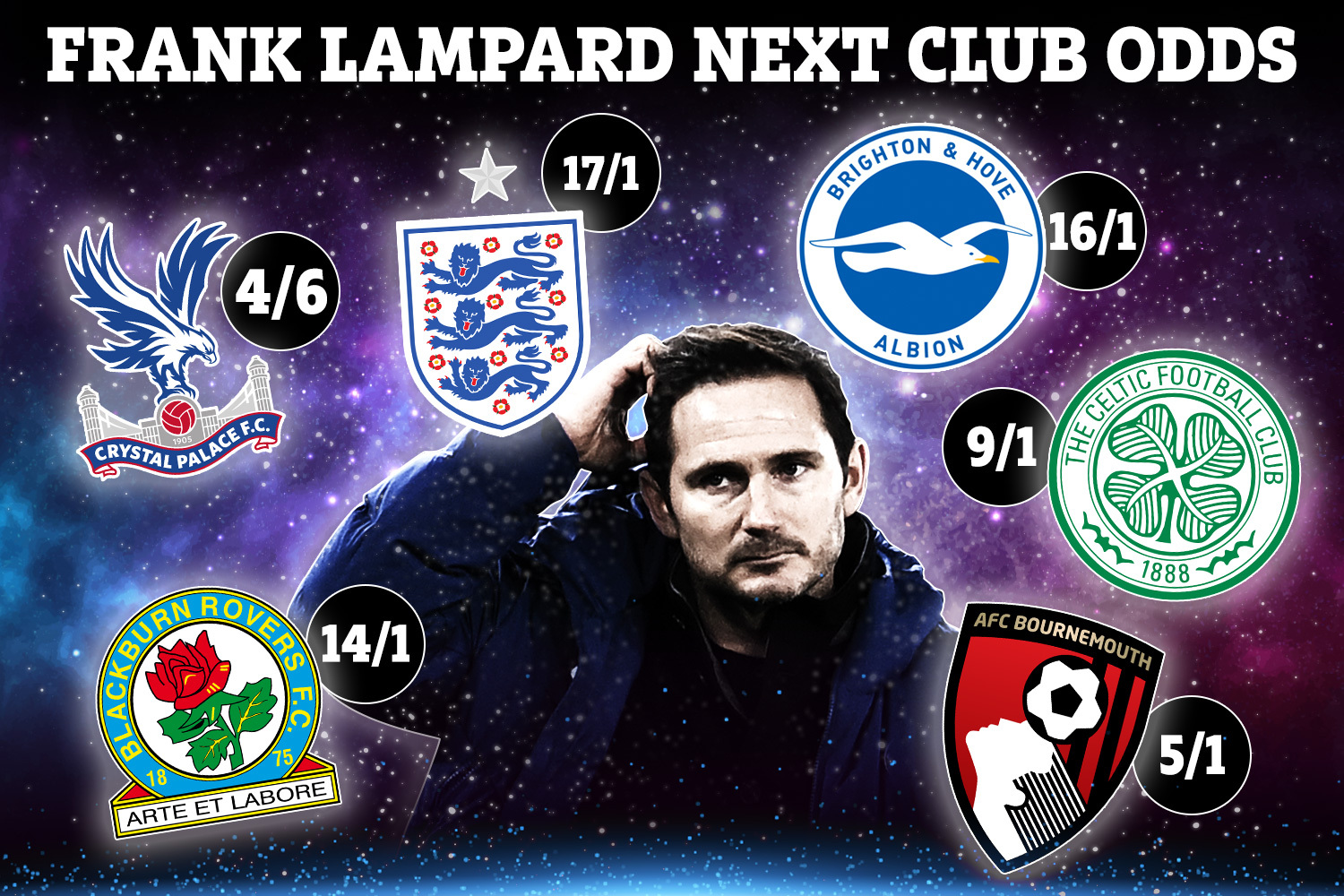 It's been over 100 days since Lampard was given his marching orders by Chelsea.

The 42-year-old spent 18 months in charge at Stamford Bridge – guiding them to fourth place and the FA Cup final during his debut campaign.

He achieved that despite not being able to sign a single player due to the club's transfer embargo.

Though relieved of his duties by owner Roman Abramovich – Frank's stock remains high.

He recently revealed that he'd received some "flattering" offers to return to management but is happy to wait for the right opportunity to present itself.

Lampard said: "I've had some opportunities that have come up in the last six weeks, two months, that have been flattering but not the right thing.

"The opportunities weren't quite right but I think about it. It would be something I'm keen to do, at the right time, at the right place."

Bookmakers have opened a betting market on Lampard's next club and Crystal Palace are the outright favourites at 4/6.

Veteran boss Roy Hodgson is entering the final weeks of his contract at Selhurst Park and there are claims his deal will NOT be renewed.

Managing the England Under-21 squad comes next at 7/4 with Aidy Boothroyd having left the role after his side's embarrassing European Championship campaign.

Lampard is offered at 5/1 to use his Championship experience with Bournemouth, while Celtic are further back at 9/1.

Blackburn and Brighton are priced at 14/1 and 16/1 respectively while replacing Gareth Southgate as Three Lions manager is available at 17/1.

Fulham are 25s and a sensational return to replace Wayne Rooney as Derby boss is also priced at 25/1.