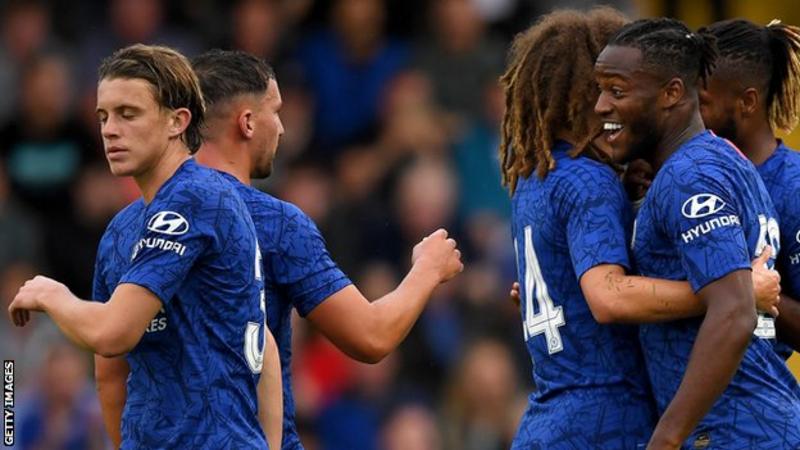 Frank Lampard was denied victory in his first game as Chelsea boss by a late equaliser from Irish side Bohemians.

Striker Michy Batshuayi gave the Blues an eighth-minute lead, firing in after Kenedy’s shot had been saved.

But in the final minute of the game, trialist Eric Molloy lashed in a leveller for Bohemians.

Each Blues XI featured a mixture of experience and youth, with the likes of senior internationals Batshuayi, Danny Drinkwater, Cesar Azpilicueta and Pedro lining up alongside teenagers Marc Guehi, Dujon Sterling and Conor Gallagher in the first half.

After the break, there was run-outs for a number of players who spent last season on loan away from the club, including defender Kurt Zouma and midfielders Tiemoue Bakayoko, Lewis Baker and Izzy Brown.

Lampard was appointed Chelsea boss on a three-year deal last Thursday after leading Derby to the Championship play-off final, where they lost to Aston Villa, in his first season as a manager.

The former England international, who made 648 Chelsea appearances and scored 211 times as he won 11 major trophies with them as a player, succeeded Sarri, who left Stamford Bridge in June to take charge of Italian champions Juventus.