Melbourne City boss Warren Joyce is unlikely to change a winning line up for next weekend's trip to league leaders Perth Glory, which means that out-of-favour frontman Bruno Fornaroli may face another week in the wilderness.

City blasted aside what Newcastle coach Ernie Merrick described as an "inspid" Jets team with a 3-0 win with stunning strikes from Riley McGree and Luke Brattan and a first ever City goal for young striker Lachlan Wales. 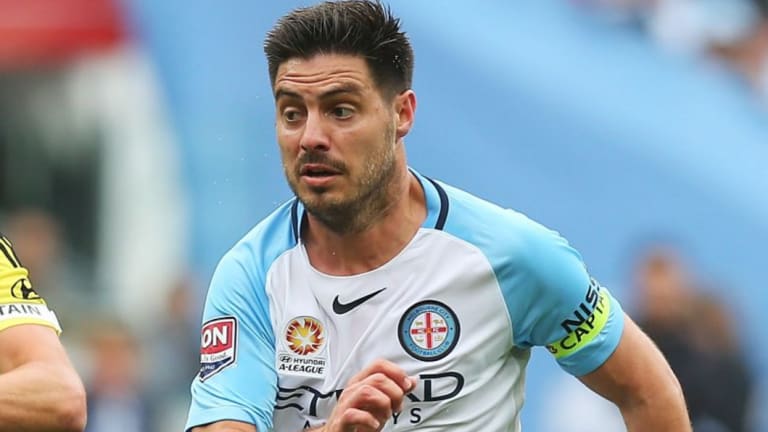 Joyce said Fornaroli would be expected at training next week, but indicated that he was likely to stick with the same players who bounced back from the controversial loss to the Roar in round five.

He was reluctant to get into a debate about his Uruguayan marquee man, preferring instead to focus on the players who did the job for him on Sunday night.

"I think if you know me and you have won 3-0 … last year people used to complain that I would always keep a winning side, and the players tonight have done exceptionally well, we have scored three goals," he said.

"It's only as good as one night, you come in Monday morning and everyone has got to be flat out again, no complacency … we have got a lot of things we have to improve on. All the players, including Bruno, have got the same demands."

The City boss was pleased with the application shown by his team.

"It was a good performance. I think the last three games we have played better. Goals change games obviously," Joyce said.

"Tonight we were looking for an early goal and we got a really high quality finish.

"All goals change games. We had several really good opportunities in the game last week before they scored.

And what of the controversy that has engulfed the club all week? "We have told the players not to follow anything in the press or on TV," Joyce said.

"We know within the club what we are doing, we know what's going on, so the negative stuff is not really important. It was just work as usual during the week.