The tattoo etched across the left side of Stephane Matteau’s torso reminds him of a signature life goal.

It does not depict his immortal moment 25 years ago this May. There is no image of the Stanley Cup, which he raised two weeks later at Madison Square Garden to celebrate the Rangers’ first championship in 54 years.

As the Rangers’ eternal playoff hero lifts his shirt, he reveals the inked-in words he aspires to: “Believe in yourself. You are braver than you think, more talented than you know, and capable of more than you imagine.”

Matteau is wiser and sober at 49. He has battled struggles familiar to the hockey culture he grew up in: mental scars, fear, alcoholism. All of which almost cost him his life.

He had lived every Canadian child’s dream, reaching the N.H.L., playing 13 seasons and being a playoff hero. On May 27, 1994, in the second overtime of Game 7 of the Eastern Conference finals against the Devils, Matteau scored perhaps the most significant goal in Rangers history. His name — and Howie Rose’s “Matteau, Matteau, Matteau!” radio call — have a permanent place in New York sports history.

Whenever Matteau returns to the city — as he will Friday, when the Rangers host a reunion of the 1994 Stanley Cup champions — he knows he is part of a venerated alumni group. He still receives effusive gratitude from Rangers fans. Yet his famous goal, which he still calls lucky, does not erase lingering feelings of doubt and career dissatisfaction.

Depression marred his childhood, his hockey career and his retirement. He gave up drinking 17 years ago, but his anxieties and mental struggles were becoming too much to bear. About seven years ago, Matteau realized he was heading toward “a dark and dangerous place” and finally sought counseling. 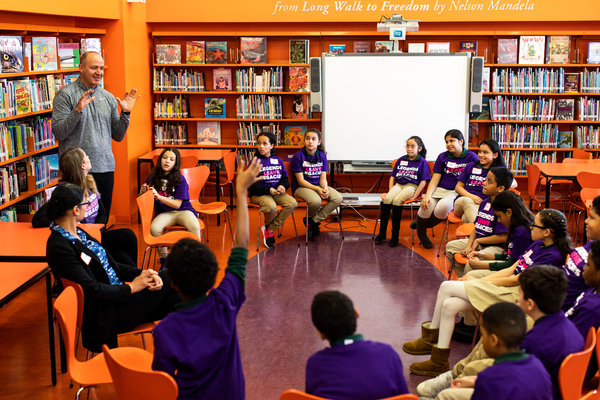 “I’m humbled, very privileged, I was the chosen one,” he said of his playoff heroics. “I feel blessed to have a lot of good people around me, during good times, and especially the bad ones.”

Matteau was an inconsistent 24-year-old left wing when the Cup-starved Rangers acquired him and Brian Noonan from Chicago at the March 1994 trade deadline, because of the persistence of Coach Mike Keenan.

“Mike was banging on me all season about getting Matteau,” recalled Neil Smith, the general manager at the time, who gave up Tony Amonte, a 33-goal scorer the previous season. “He went to the finals with him in Chicago in ’92. Although we had the best record in the league, Mike felt adamant we’d need size and depth in the playoffs, even if we had to give up our future.”

Matteau was a revelation in the playoffs. He scored six goals, including a double-overtime goal in Game 3 against the Devils, and repeated the feat in Game 7, making him an instant celebrity.

Yet his tenure in New York lasted only a year and a half. He was so unproductive for the Rangers after they won the Cup that Smith traded Matteau to St. Louis. There he was reunited with Keenan, who acquired Matteau four times during his N.H.L. coaching stints.

Keenan said he appreciated the team skills that Matteau brought. “He was a versatile player, a big, strong skater who was the type of player you need in the playoffs,” Keenan said. “We needed him in New York to win the Cup, particularly against New Jersey, with how big they were.

“I pushed him hard, like everyone. I saw he had some self-doubt, but I never once had any doubt about him.”

Matteau could not sustain the confidence his former coach had in him.

“I was known as a playoff player,” said Matteau, who never scored more than 19 goals a season during his career. “And then I go the next seven years without one goal in the playoffs. Why is that?”

He played in Calgary, Chicago, New York, St. Louis, San Jose and Florida. Much of the baggage Matteau carried to those places was psychological.

His doubt stretched back to a tormented childhood in northwestern Quebec. He grew up in Rouyn (now Rouyn-Noranda), a small middle-class town about 380 miles from Montreal. It has produced 27 N.H.L. players, including stars like Pierre Turgeon and his brother Sylvain, Dave Keon, Réjean Houle and Eric Desjardins.

One of Matteau’s closest friends was Pierre Turgeon. They were born five days apart and were teammates on youth baseball and hockey teams. Turgeon, who went on to score more than 500 goals in a 19-year N.H.L. career, said Matteau was always “selling himself a little short,” despite his prowess as a multisport athlete.

“Even as a pro, Steph used to worry,” Turgeon said. “I remember when he got traded to St. Louis, he was put on a line with me and Brett Hull, which was great. But he says to me, ‘What if I get 20 goals? Everyone will always expect me to do it again.’”

A gangly boy with a bad complexion, Matteau said, he was a frequent target of bullies.

Worse, though, was his father’s relentless criticism. “Whatever I did, it wasn’t good enough,” Matteau said.

Turgeon noticed that Matteau’s father, a mechanic in a car dealership, was “very hard on him.”

“But,” he added, “I don’t think anybody knew what was going on with Steph inside.”

As 12-year-olds, Turgeon and Matteau were the standouts on the Canadian baseball team that went to the 1982 Little League World Series. But Matteau’s self-esteem worsened. Around the time he was 15, Matteau seriously considered suicide. That he did not go through with it made him feel even more cowardly.

“If I could’ve spent my entire youth curled up under a rug,” Matteau said, “I would have.”

He has found new purpose in his sobriety: talking to young people about overcoming despair, relating to their fears and vulnerabilities as authentically as he can.

Almost two years ago, Matteau helped create a leadership program for Bronx elementary and middle school students in partnership with Woodlawn Cemetery. He has visited about 50 schools.

“I struggled with a lot of things the kids go through, being bullied, feeling hopeless,” Matteau said. “I want them to know they can change their own lives.”

Matteau, who lives in Montreal, has also been mentoring at-risk teens at River Rock Academy, an alternative school, in Lancaster, Pa. His wife of 24 years, Nathalie, frequently participates in the Lancaster programs, a reaffirmation of her belief in her husband, who seldom believed in himself.

“What that woman has endured with me,” he said, “it’s a miracle she refused to lose hope.”

Both his children play hockey. His son, Stefan, 25, is a former first-round draft pick of the Devils who now plays for the Vegas Golden Knights’ top affiliate, and his daughter, Alyson, 21, is a senior on the University of Maine women’s hockey team.

Several years ago, Matteau coached a Quebec junior team that his son played on, and things frequently grew tense.

“I was hard on Stef,” Matteau said. “I didn’t want him to make the same mistakes as me.”

His wife interceded, reminding Matteau of the pressure his own father put on him.

On a blustery January day, Matteau visited P.S. 69 in the South Bronx for a session with 20 fifth graders. He is a big man at 6 feet 4 inches and a only few pounds over his playing weight, 220. With casual humor, he easily connected with a multicultural group of children in his French Canadian accent.

Matteau talked to the students about their positive traits, about their relationships with peers and family. The conversations are designed to empower them to be kinder and more empathetic toward one another.

His two-hour program opened with a video of him scoring his famous Game 7 goal against the Devils.

“I’ve watched this video 10,000 times, and I still get goose bumps,” Matteau told the students. “That was a great, exciting moment for me. But my legacy is more than just scoring one of the most important goals in Rangers history.”