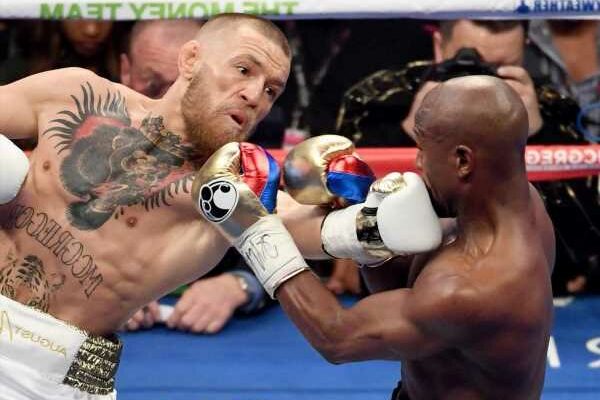 Floyd Mayweather is prepared to put all of his belts on the line to fight Conor McGregor in a rematch of their lucrative 2017 bout.

The duo were in talks for a billion dollar rematch, according to the Sun, before McGregor was beaten by Dustin Poirier in a UFC bout in January, but those negotiations have now been reheated.

Mayweather is due to fight YouTuber turned boxer Logan Paul on 6 June, while McGregor is lining up a trilogy fight with Poirier on 10 July.

A source in the Mayweather camp told the Sun: “Floyd is getting mad now, he wants the fight to go ahead next year. He’s been telling everyone in his camp he’s going to beat the hell out of him and saying he’s got a dead record.

“Floyd is even willing to put all his belts in McGregor’s weight class on the line because he’s so sure he can beat him again easily. Right now Floyd is super-focused on his boxing… He even asked his girlfriend to move out temporarily so he could train without distraction.”