On the Lionheart, Jesse sets out to rule the waves

A Melbourne teenager determined to sail around the globe was tired last night after spending his first day at sea roping down and checking his equipment. 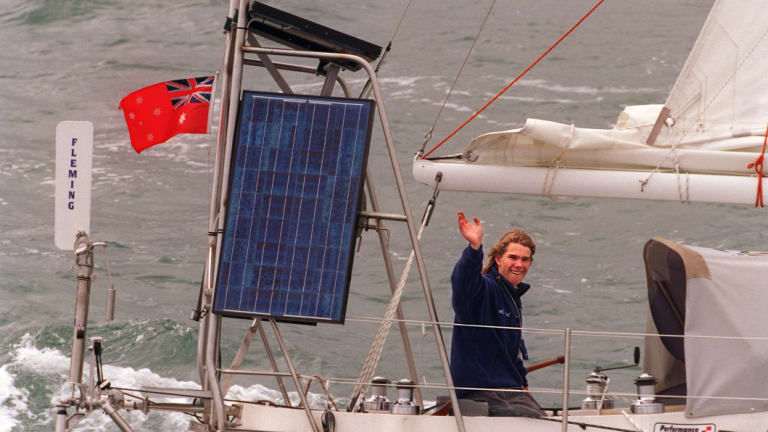 Jesse Martin, a year 11 Wesley College student, left Port Phillip Bay yesterday in his quest to be the youngest person took to circumnavigate the world solo. 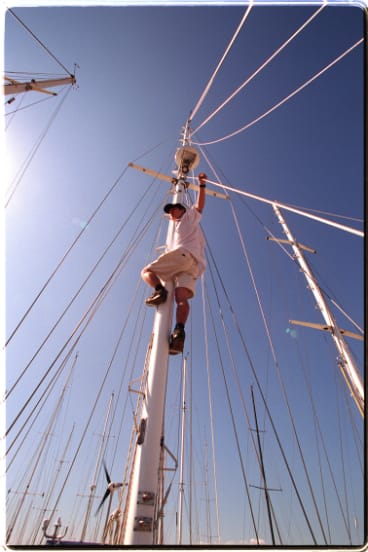 His 50,000-kilometre voyage, which must pass the Azores Islands in the North Atlantic Ocean to be a genuine circumnavigation, is expected to take about nine months.

The 17-year-old's 10-metre yacht, Lionheart, was weighed down with high-carbohydrate food supplies and navigational equipment. It will be the first time Jesse has sailed solo outside the bay.

Jesse's publicity agent contacted him last night and said he was well, but too tired to talk for long.

As he left from Sandringham Yacht Club yesterday his mother, Mrs Louise Martin, said she was pleased to see her son attempting to realise his dream. 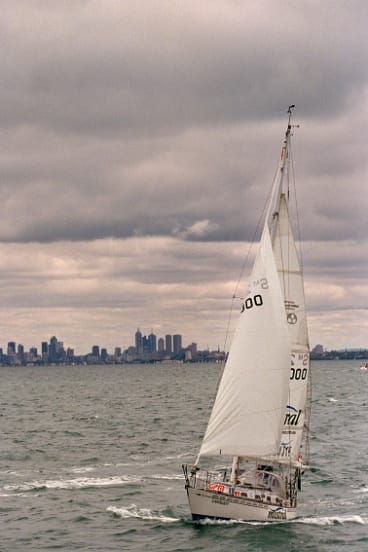 During his nine-month voyage, Jesse will have no more than 20 minutes' sleep at a time to ensure he avoids collisions with whales, icebergs or other boats.

He will have one cup of water a day to wash in and will experience temperatures of minus 10 degrees.

Jesse is chasing the record of Western Australian yachtsman David Dicks, who was 18 years and 41 days old when he completed his 274-day solo circumnavigation in November 1996.

But he hopes to complete the journey without relying on Lionheart's engine. He plans to sail only with the aid of solar and wind generators and a spirit stove. 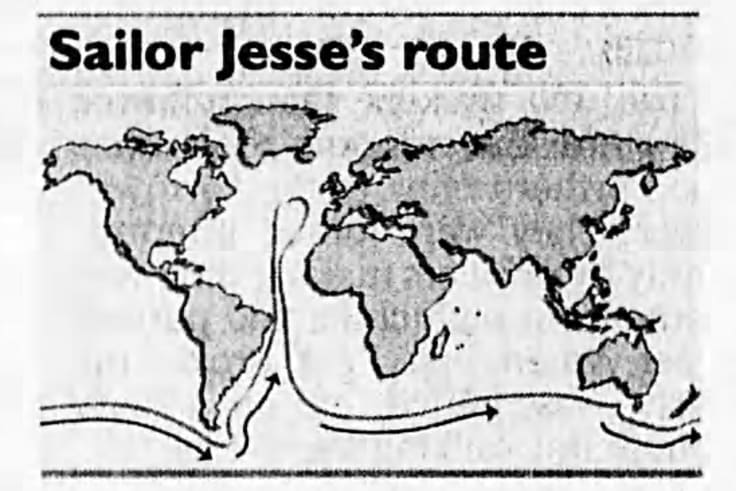 The $80,000 vessel is also carrying a satellite phone, laptop computer and digital camera. Jesse plans to complete three VCE subjects via e-mail while on his journey.

"I'm feeling quite calm now. The preparation was so full-on it's a relief that he's gone," she said.

"I'm not really nervous because he's out there doing what he wants to do."

Jesse hopes to return to Melbourne in time for his 18th birthday on 26 August next year.