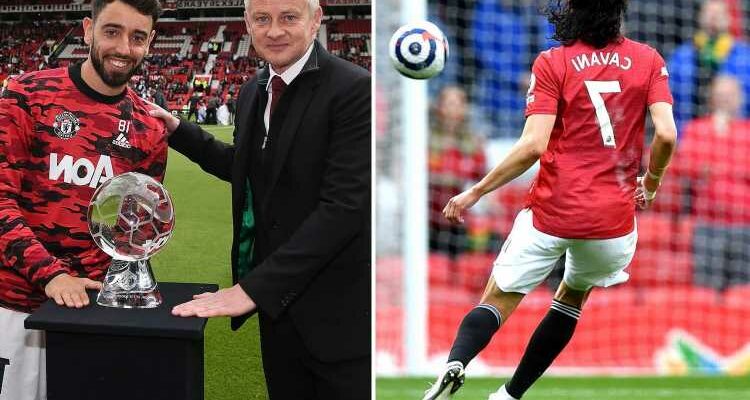 BRUNO FERNANDES' strike against Everton has been named Manchester United's goal of the season – just hours before Edinson Cavani scored a 40-yard screamer against Fulham.

The Uruguayan's audacious hit was the perfect way to welcome United fans back to Old Trafford. 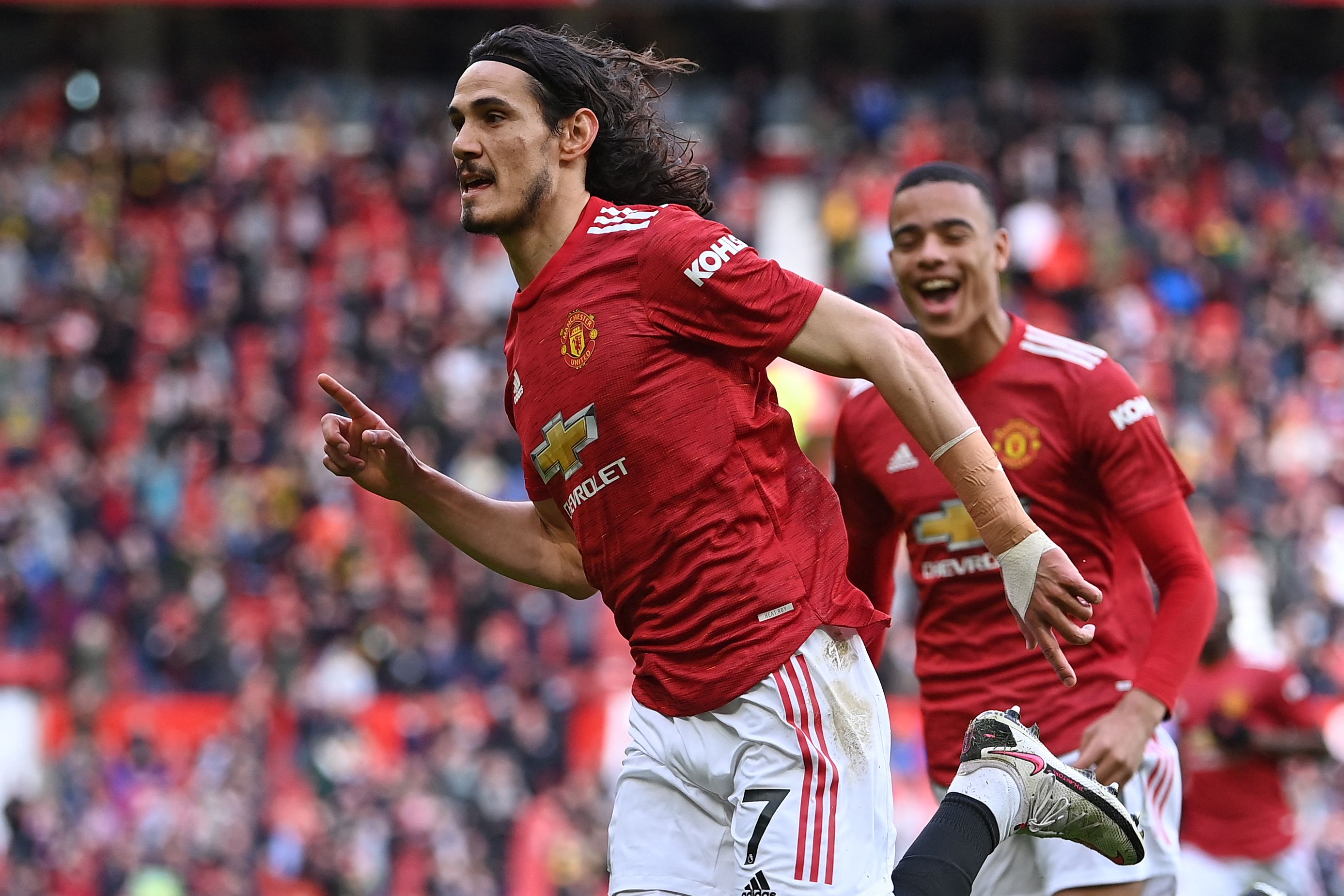 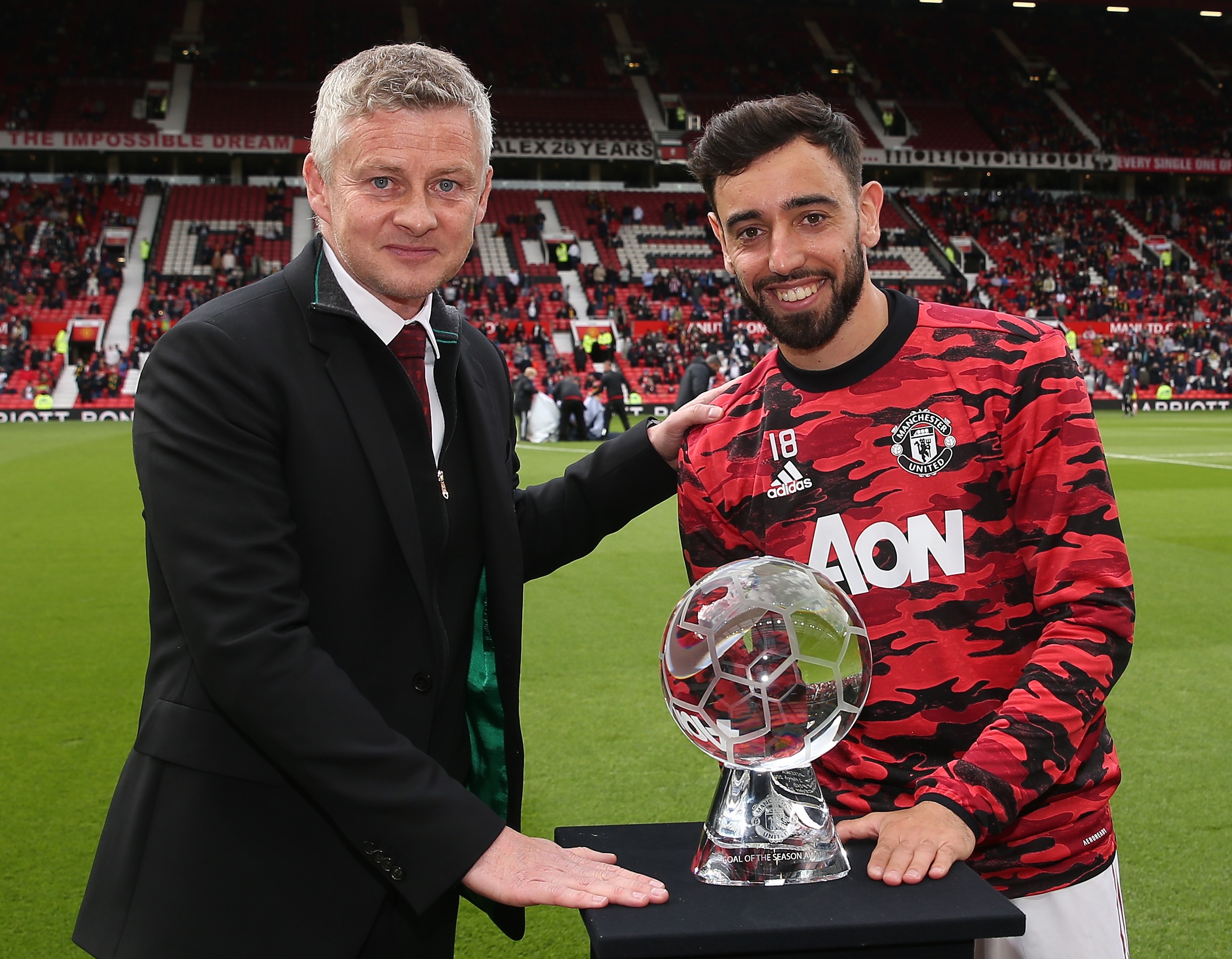 The 26-year-old's goal against the Toffees was a worthy winner, perfectly placing the ball over goalkeeper Robin Olsen's head in the 3-3 draw.

That was until Cavani stunned 10,000 inside Old Trafford.

After receiving the ball from Fernandes, the 34-year-old saw Fulham stopper Alphonse Areola off his line and went for goal.

The ball sailed over the World Cup winner's head and Cavani went off tocelebrate in front of the United fans for the first time.

The former Paris Saint-Germain star recently signed a new one-year deal at the club and will be hoping to enjoy many more special moments at the famous ground.

But was Cavani's stunner better than Fernandes' strike? And will the Portugal international be willing to give the award to his teammate after the match?

Fernandes was presented with the award just before the match by manager Ole Gunnar Solskjaer.

He also received the Matt Busby Player of the Year award for the second consecutive season – but he won't be giving that to anyone.

The talented midfielder has been United's talisman this campaign, scoring 18 Premier League goals and inspiring them to the Europa League final.

He will be looking forward to creating more magical Old Trafford moments next season with Cavani.

Fernandes may also be joined at United by Jadon Sancho, with the club believed to be interested in signing the Borussia Dortmund star.

And the Red Devils have been linked with Harry Kane, with the Tottenham striker said to be keen on leaving north London this summer.