Canberra trainer Matt Dale is confident his stable star Fell Swoop can win back to back races for the first time in almost four years on Saturday.

Fell Swooped snapped a 958-day drought winning at Randwick two weeks ago and the seven-year-old gelding returns to the course for the Listed $150,000 Christmas Classic (1200 metres). 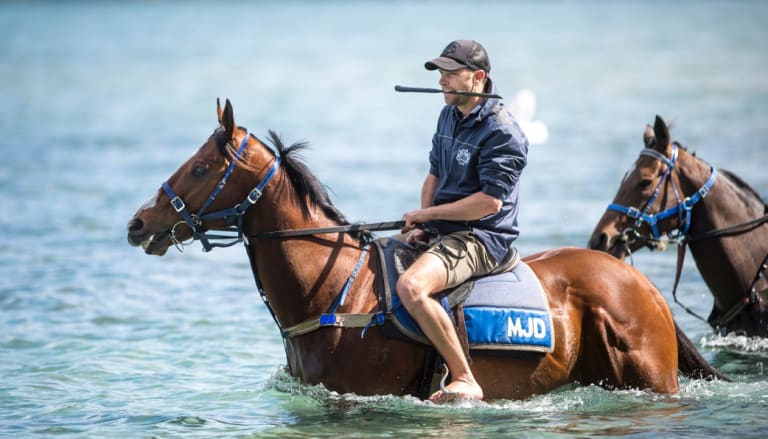 Dale was tossing up between a trip to Melbourne but logistics forced his hand and the Randwick run looms as a two-horse race between Fell Swoop and Group One winner Alizee.

Making things all the more interesting is the champion jockeys on board with Tommy Berry (Fell Swoop, barrier two) and Hugh Bowman (Alizee, barrier seven) expected to battle down the straight.

"He drew well in Sydney and transport wasn't ideal to Melbourne for this trip, we had to go early and come back later so we opted to stay in Sydney," Dale said.

"He goes so well over 1200 at Randwick and coming off a really positive win there two weeks ago he should go well again.

"He goes up in weight and meets a good Group One mare in Alizee but he's trained on well and will be right in the thick of things."

Dale was at the Canberra races on Friday and found one winner from his three runners when Te Ata saluted in the second (1200m) at Thoroughbred Park.

"She's been a frustrating mare that's been running well without winning and we just changed a few things on quick back-up and it worked," Dale said. 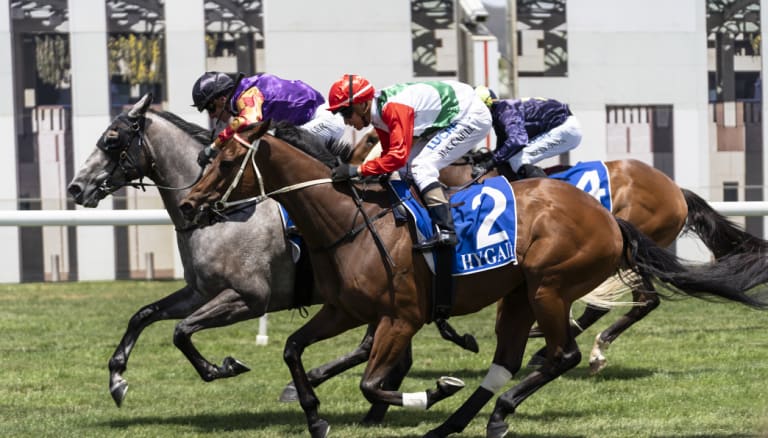 Confidential chases the eventual winner Greyfell in race one at Thoroughbred Park on Friday.Credit:Elesa Kurtz

"We just kept the saddle off her back all week and did some different things routine wise with swimming and hand walking, we chopped and changed it pretty heavily.

"It was just a matter of playing with her head more than anything, she's rock-solid fit and ready to go we just had to switch up things and put that extra effort in.

"It's pleasing to get her back in the winner's circle after a few tough runs."

A different trainer won all eight races in the capital but it was Kurt Goldman who earned the biggest pay day with Irish Songs getting home in the $50,000 Federal (1200m).