CRISTIANO RONALDO showed his rustiness in front of goal after missing a huge chance on his return to action for Manchester United.

The 37-year-old was making his first appearance of pre-season since informing the Red Devils of his desire to leave earlier this month. 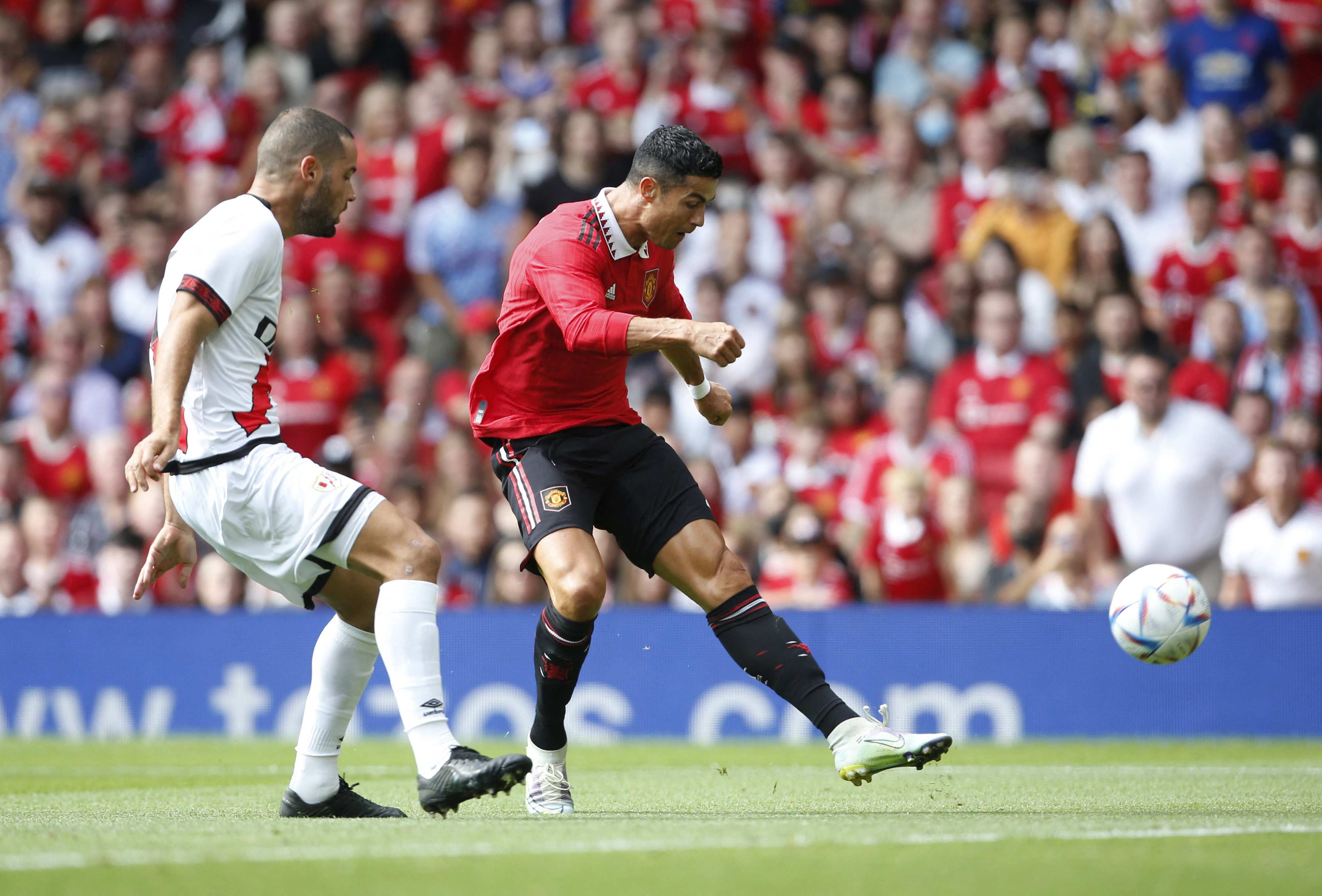 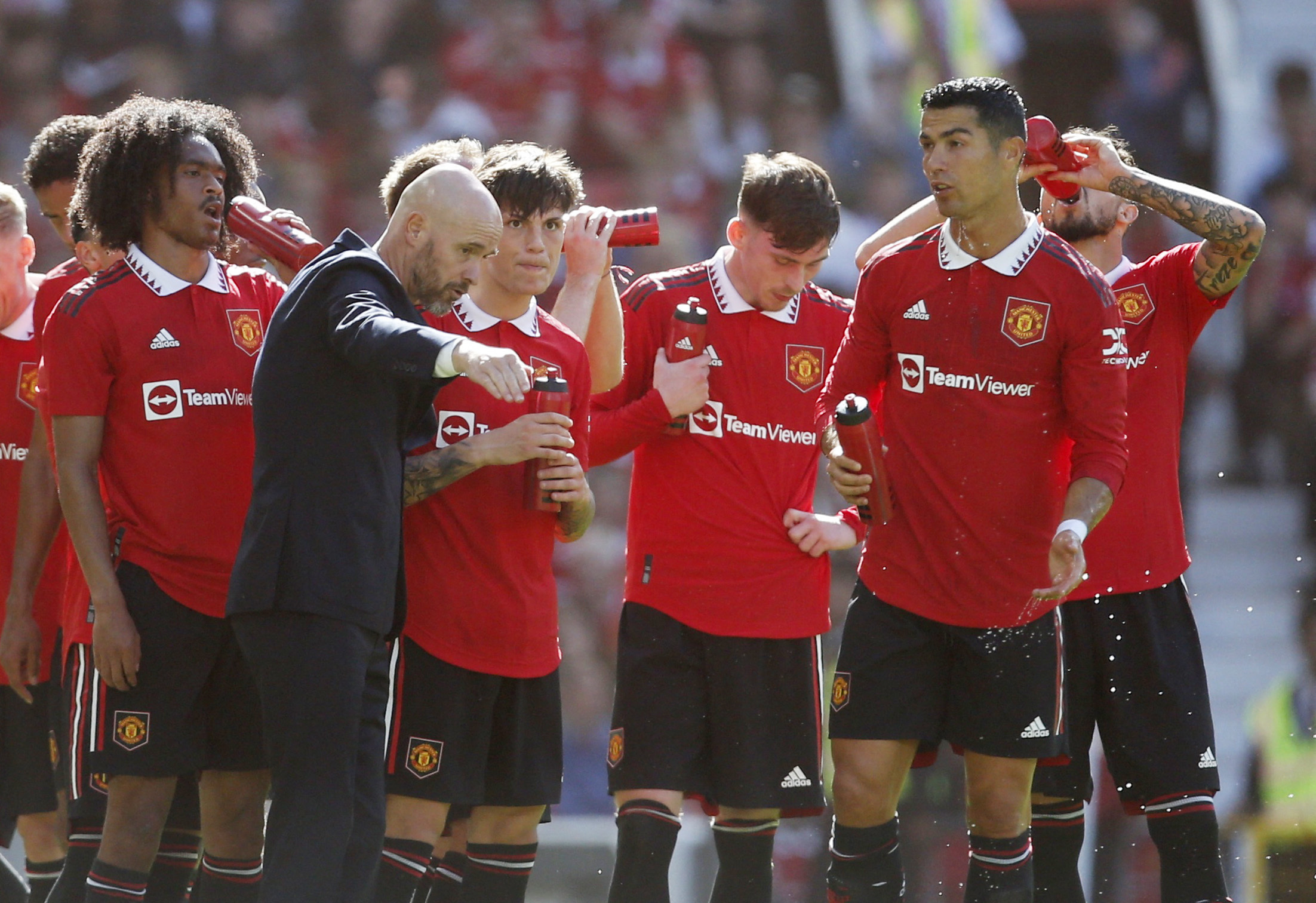 Ronaldo was absent from United's pre-season tour of Asia and Australia due to "family reasons".

And after missing the 1-0 defeat against Atletico Madrid on Saturday, the five-time Ballon d'Or winner is finally back on the pitch for United.

The Real Madrid legend should have broken the deadlock in the first half against Spanish opponents Rayo Vallecano.

He was found by Donny van de Beek on the edge of the area, with Ronaldo taking one touch to just a few yards out from goal. 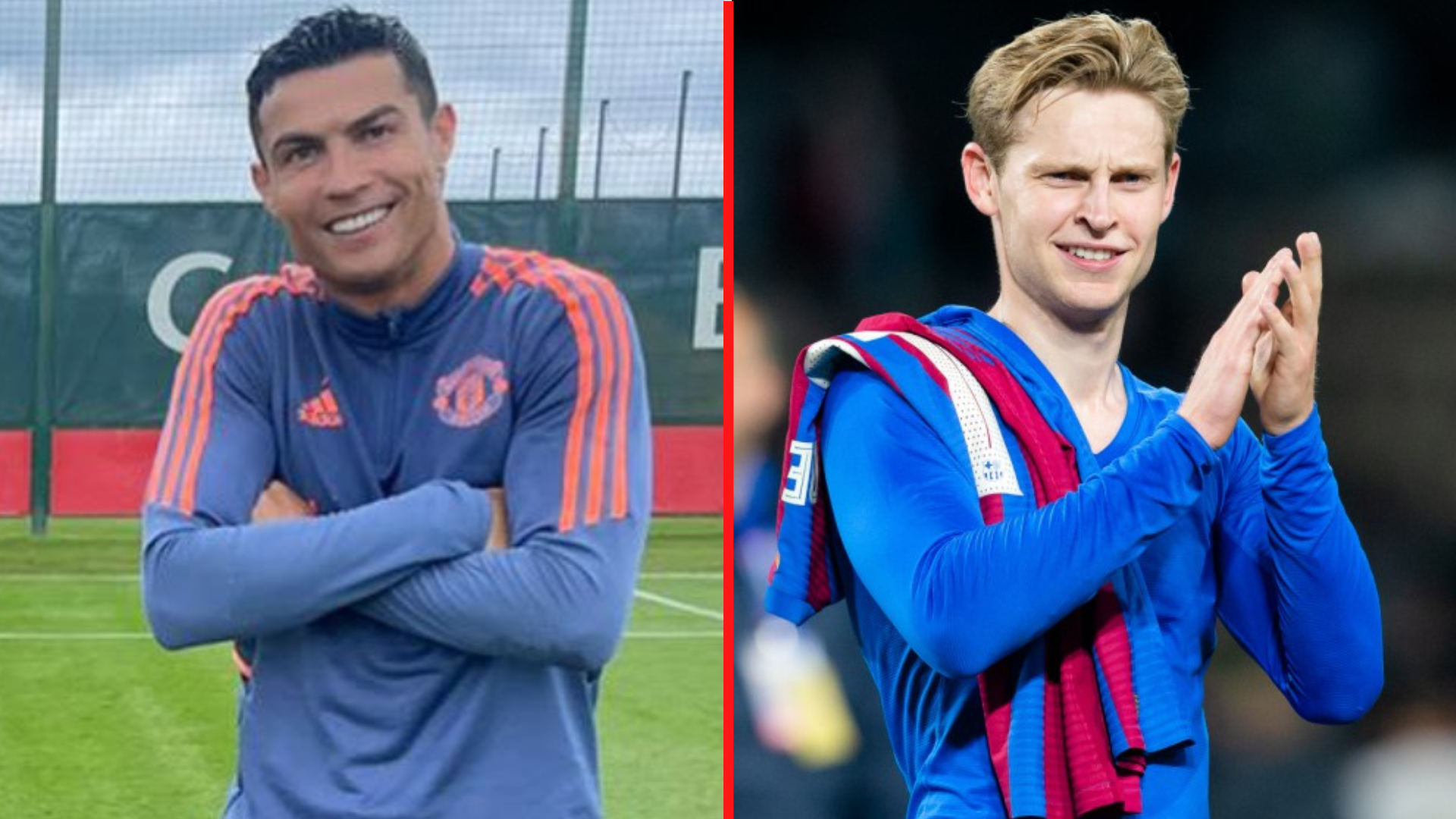 But he got his effort all wrong as he lashed his left-footed strike high and wide over the bar.

It was to be his only real contribution in front of goal in the match, with the striker brought off at half-time for Amad Diallo.

And the young winger made an immediate impact as he scored just three minutes after the break.

However it was Ronaldo's spurned opportunity that proved to be a talking point on social media. 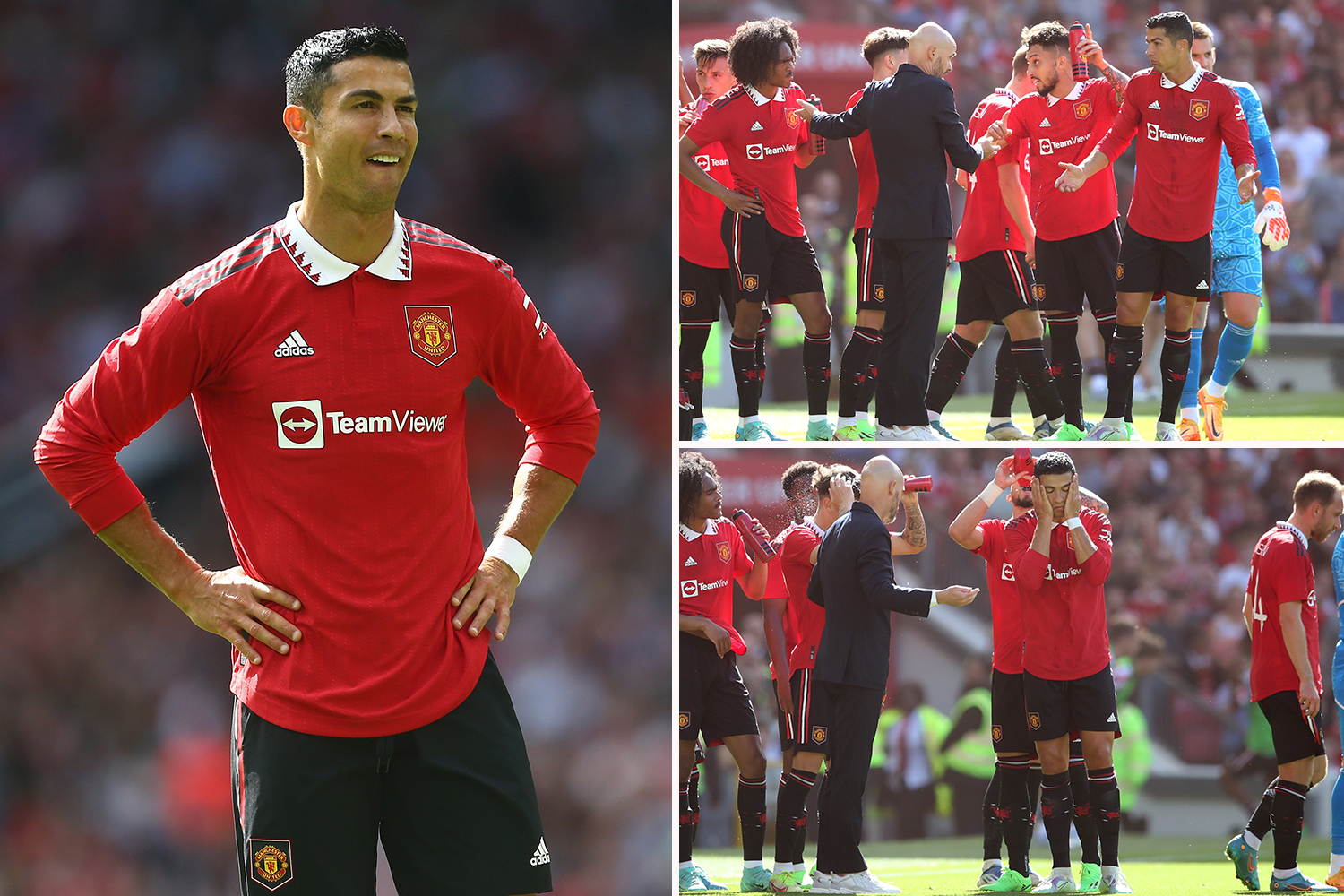 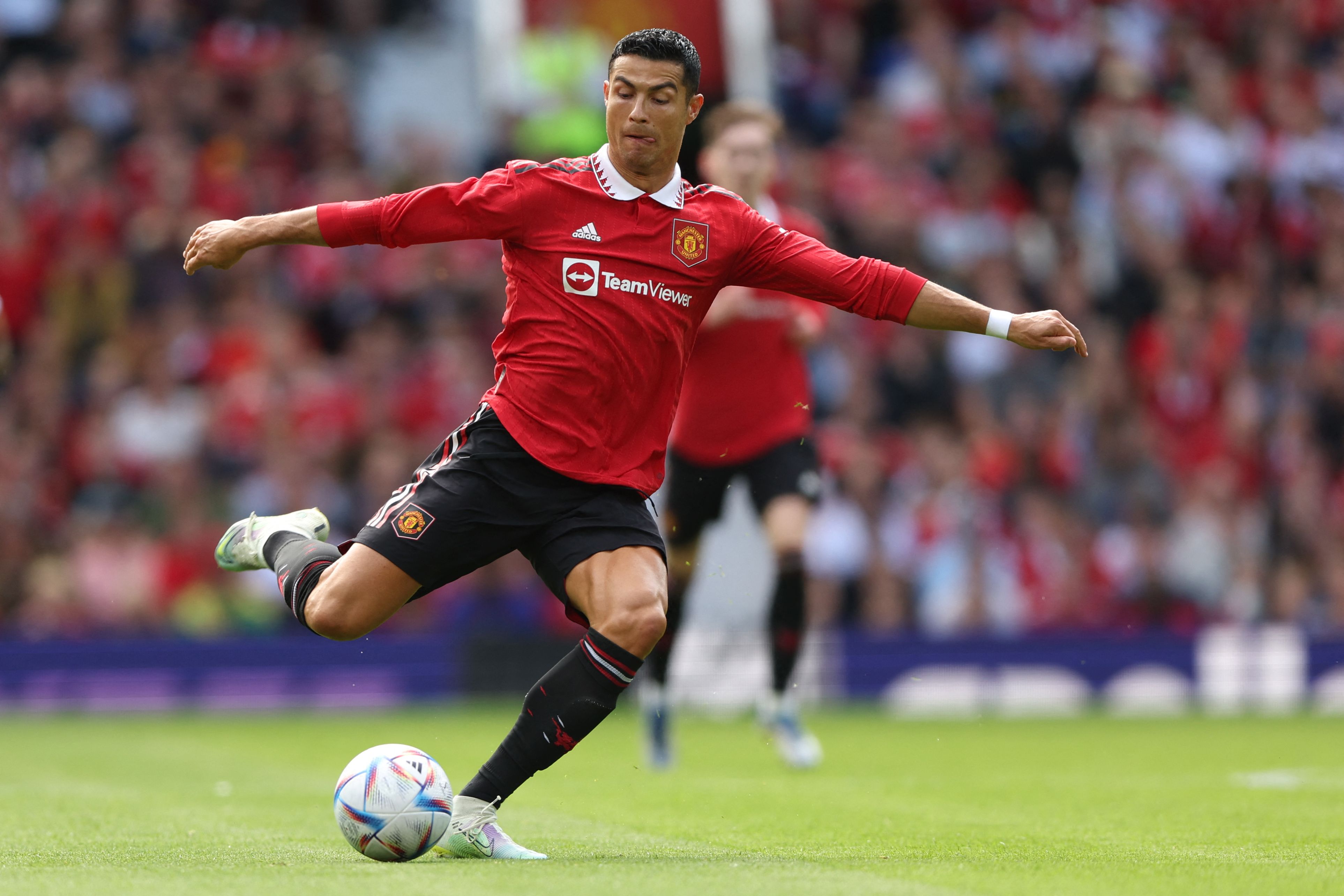 Amad replaces Ronaldo and scores, but Garcia levels for visitors 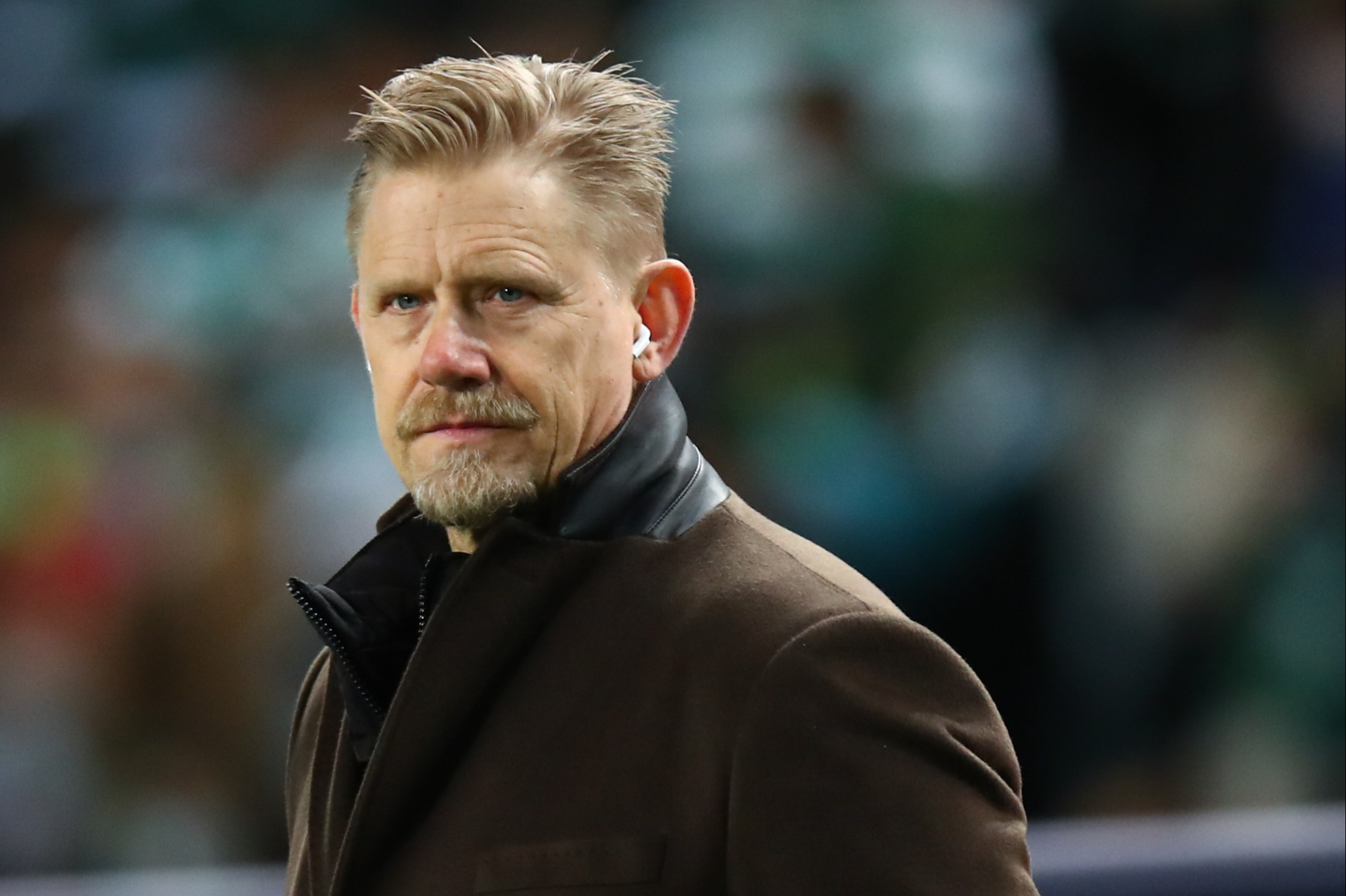 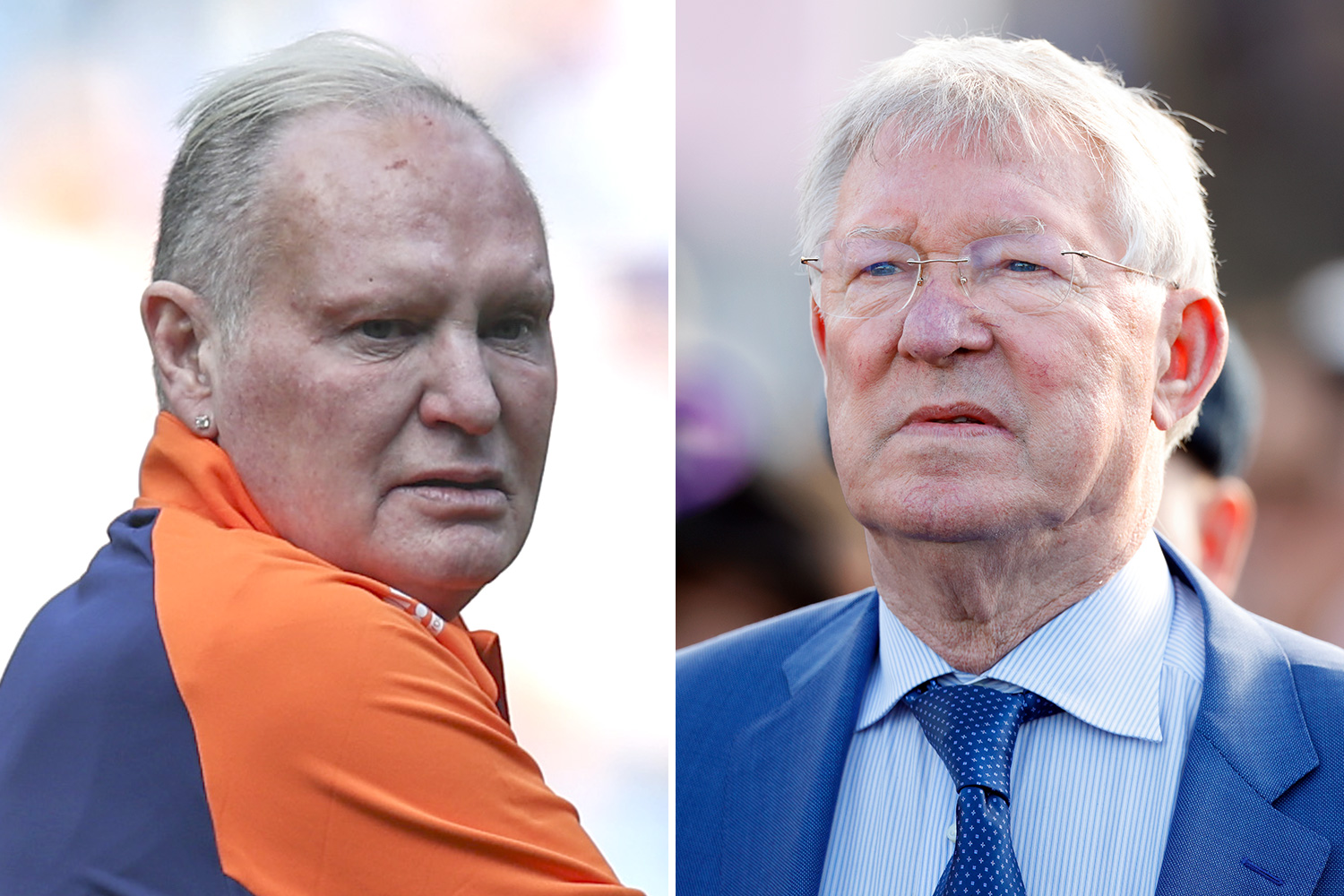 BLAST FROM THE PAST

One user tweeted: "Ronaldo with a miss from inside the area. That happens when you spend your pre-season on Instagram."

Another posted: "How did Ronaldo miss that??"

A third added: "He wants to play Champions League with that kind of shooting."

This supporter then joked: "A ball just landed in my garden."

Meanwhile one said: "He’s not sharp. He’s at least 2 weeks behind his best."