A man who abused three England players after the final of Euro 2020 has admitted to the vile behaviour and been handed a 14-week suspended jail sentence.

Scott McCluskey, 43, was also fined for posting a racially offensive term on Facebook shortly after the Three Lions' loss, blaming the 'ethnic players' for the defeat before adding 'unlucky England'. 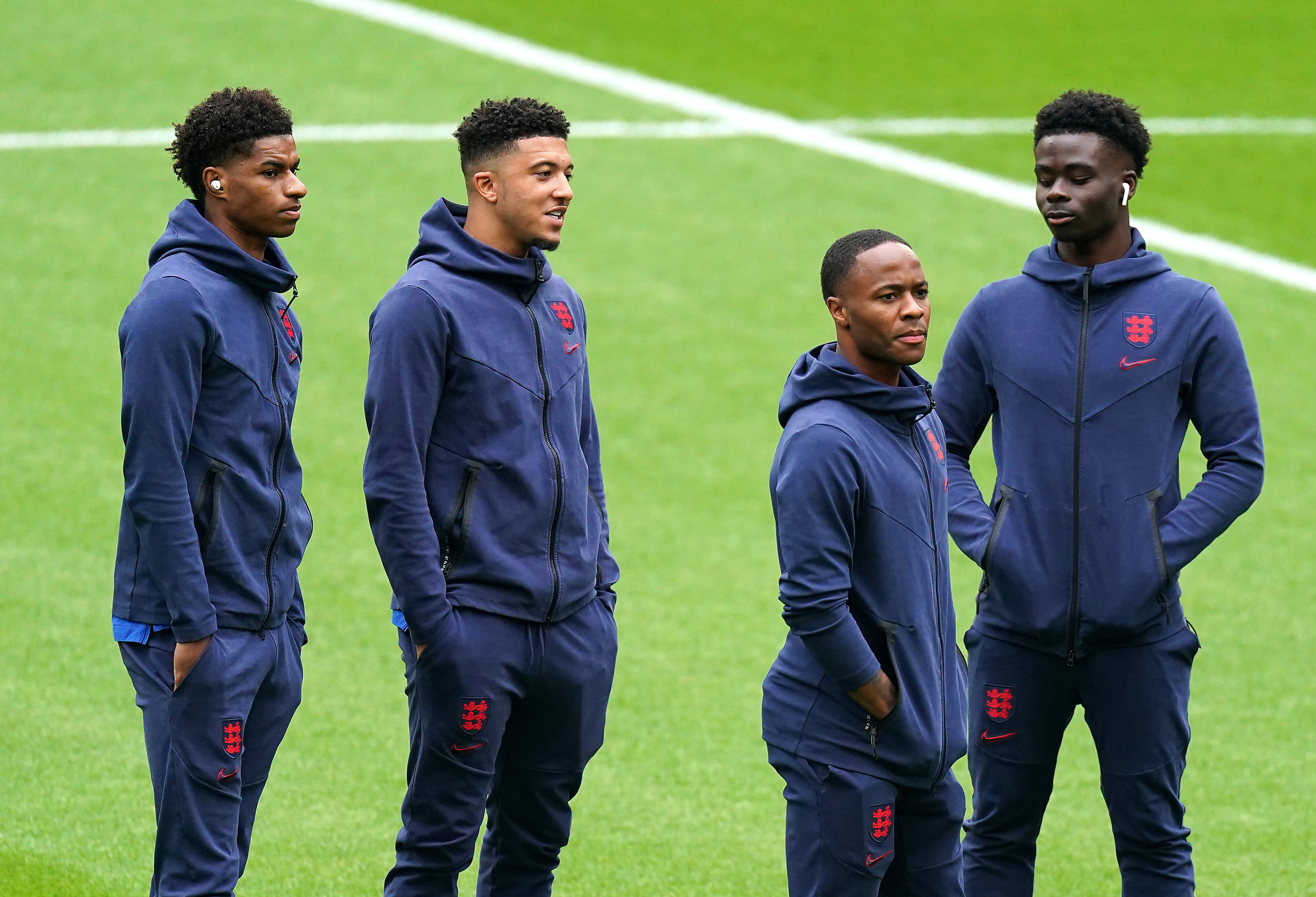 Marcus Rashford, Bukayo Saka and Jadon Sancho all missed penalties in the shoot-out and were subject to a barrage of racist messages on social media sites.

McCluskey, who pleaded guilty to sending an offensive or abusive message by a public communication network, has been handed a 14-week jail sentence which will be suspended for 18 months.

He has also been ordered to undertake 30 days of rehabilitation work on racism and diversity.

District Judge Nicholas Sanders, who sentenced McCluskey, told Warrington Magistrates' Court: "This sort of online abuse seems to have gained some sort of traction in our society and it is entirely unacceptable.

"It is something which has the capability to cause real harm, not just to individuals such as the three footballers concerned but to wider society as a whole.

"This is a foul offence which has far reaching consequences not only for you but the general public."

McCluskey will also have a curfew on Saturdays and Sundays, a stipulation which will be monitored by an electronic tag.

He will also pay £85 costs and a £128 victim surcharge, sums which will be taken out of his benefits.

As Judge Sanders handed McCluskey his sentence, the defendant simply added: "All I can say is I'm deeply ashamed."

Prosecutor Simon Green revealed that the person who reported McCluskey's post had themselves been affected by racism.

Jo Lazzari, from the Crown Prosecution Service, thanked a person who was Facebook friends with McCluskey for reporting the post.

She said: "One such person saw the status and was taken back to issues with racism she experienced as a child and felt angry, upset and disappointed at having seen such a message in her own home."