FABINHO appeared to blow SNOT near to a stricken Eden Hazard during Liverpool's crucial win over Chelsea.

Red's Brazilian star had a tough task halting the Belgian at Anfield on Sunday as Liverpool looked to regain the Prem's top spot. 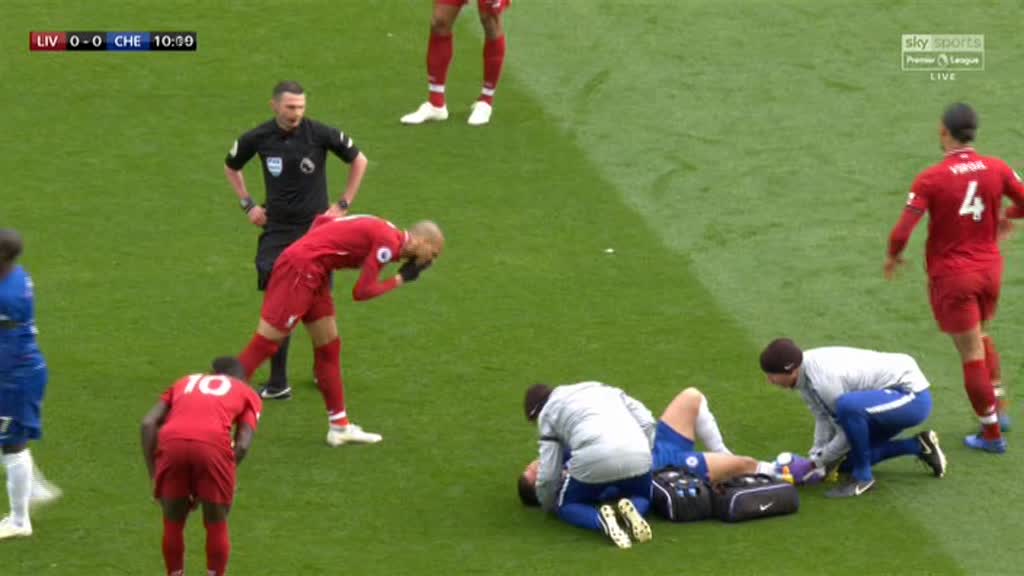 And when Fabinho hauled Hazard down, he appeared to clear his nose inches from the Blues man as he received treatment on the field.

Television camera angles made it look like the Liverpool midfielder was stood over Hazard as he cleared mucus from his nose.

Fabinho ended the day on the right side of the result as Jurgen Klopp's side eased to a 2-0 win.

Pep Guardiola's men have five matches remaining of the season and a game in hand as they look to defend their title.

Chelsea, meanwhile, suffered their first defeat in five games and face the prospect of dropping out the top four.

Man United can leapfrog the London club while neighbours Arsenal have two games in hand.

Maurizio Sarri's men are able to focus on the Europa League with their quarter-final second leg against Slavia Prague on Thursday. 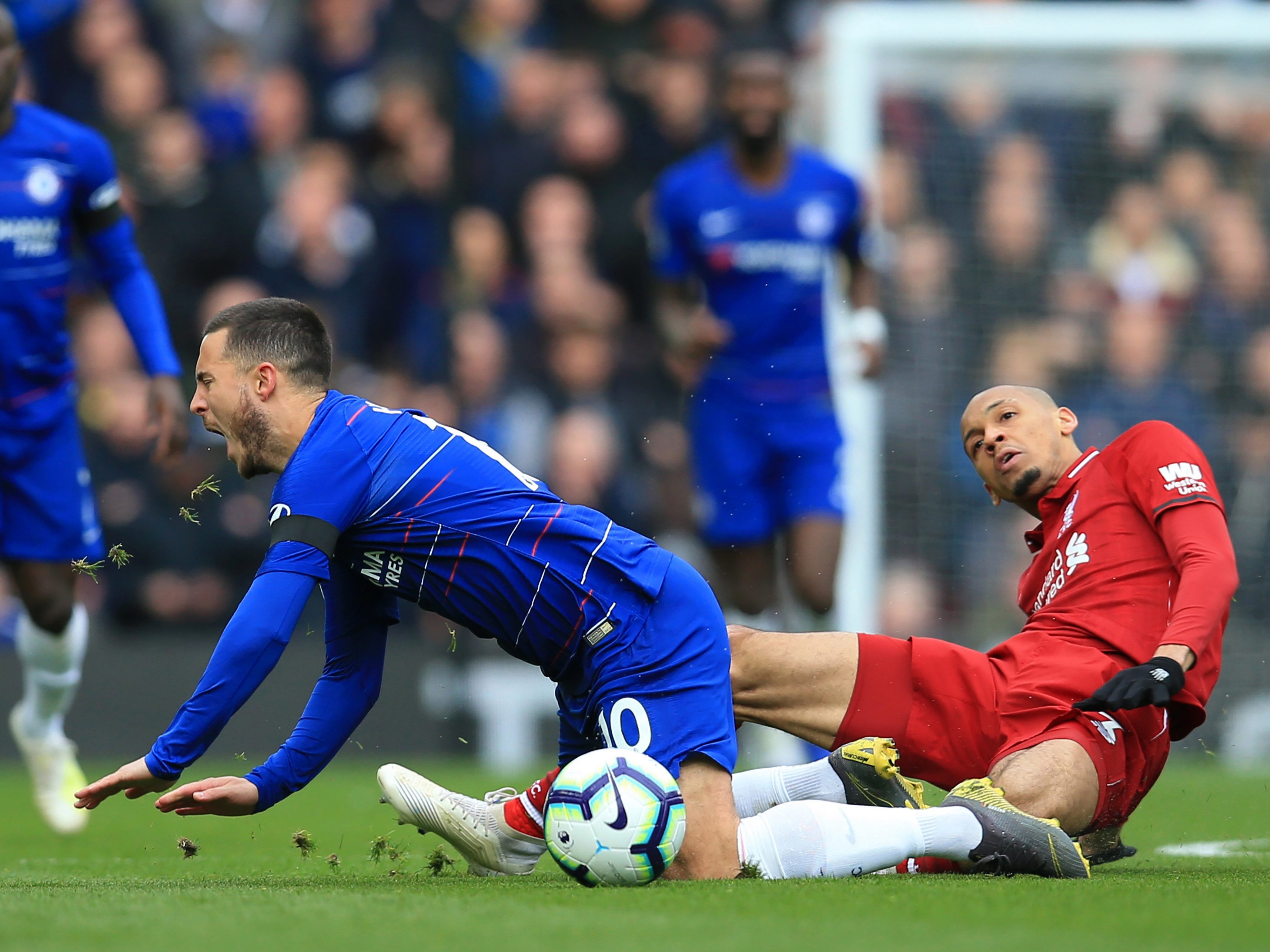