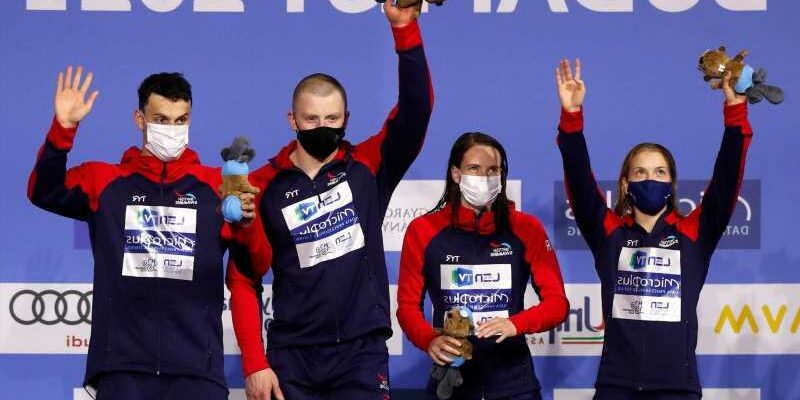 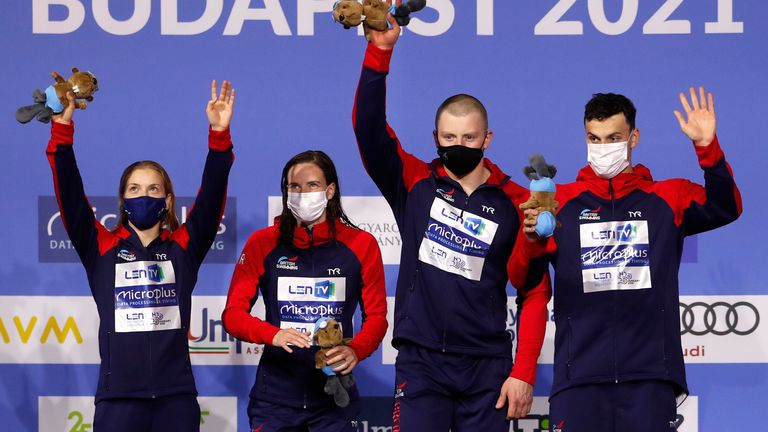 It was also a good night for Sky Sports scholar Freya Anderson – with the 20-year-old winning her first individual international medal – as she secured bronze in the women’s 200m freestyle.

The mixed event will be part of the Olympic swimming programme for the first time in Tokyo this summer. 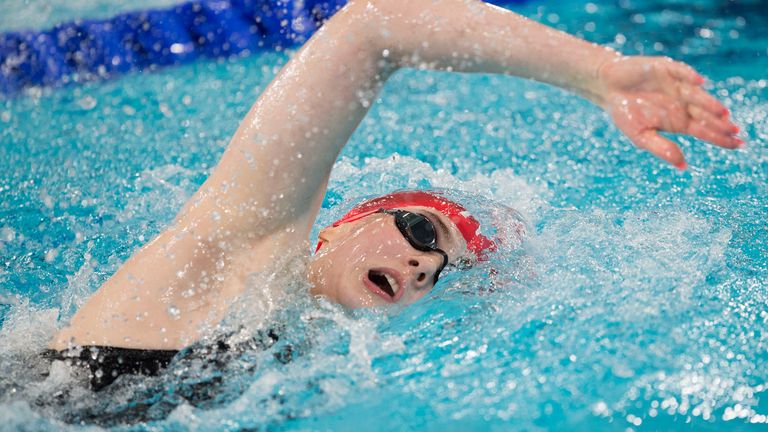 Hopkin, who was well ahead when she embarked on the anchor leg, said: “These guys got me a pretty good lead, I really didn’t want to lose that.

“I definitely felt a little pressure, but I tried not to overthink it – I didn’t want to look at where anyone else in the race was and just focused on what I was doing.

“I was really happy with that. I’m building through the week, so I was just glad to get a shot at it tonight.

“This relay, I know we’ve got a huge shot at Olympic gold, so it means a lot to be a part of it here.

“I think we can all get quicker going into the Olympics, so it’s really exciting going forward.”

There was also individual success for rising star Anderson.

She clocked her second-fastest time ever to take bronze in a thrilling finish to the 200m freestyle.

Barbora Seemanova claimed gold, with Italian great Federica Pellegrini second and Anderson only narrowly behind in third after finishing strongly.