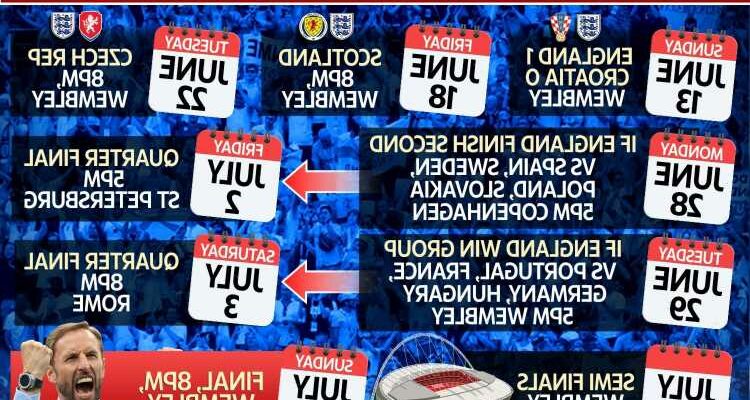 ENGLAND are through to the last-16 of Euro 2020 – but are yet to learn their fate in the knockout stages.

Gareth Southgate has led the Three Lions to a victory over Croatia, before drawing with Scotland in a rain-soaked stalemate at Wembley. 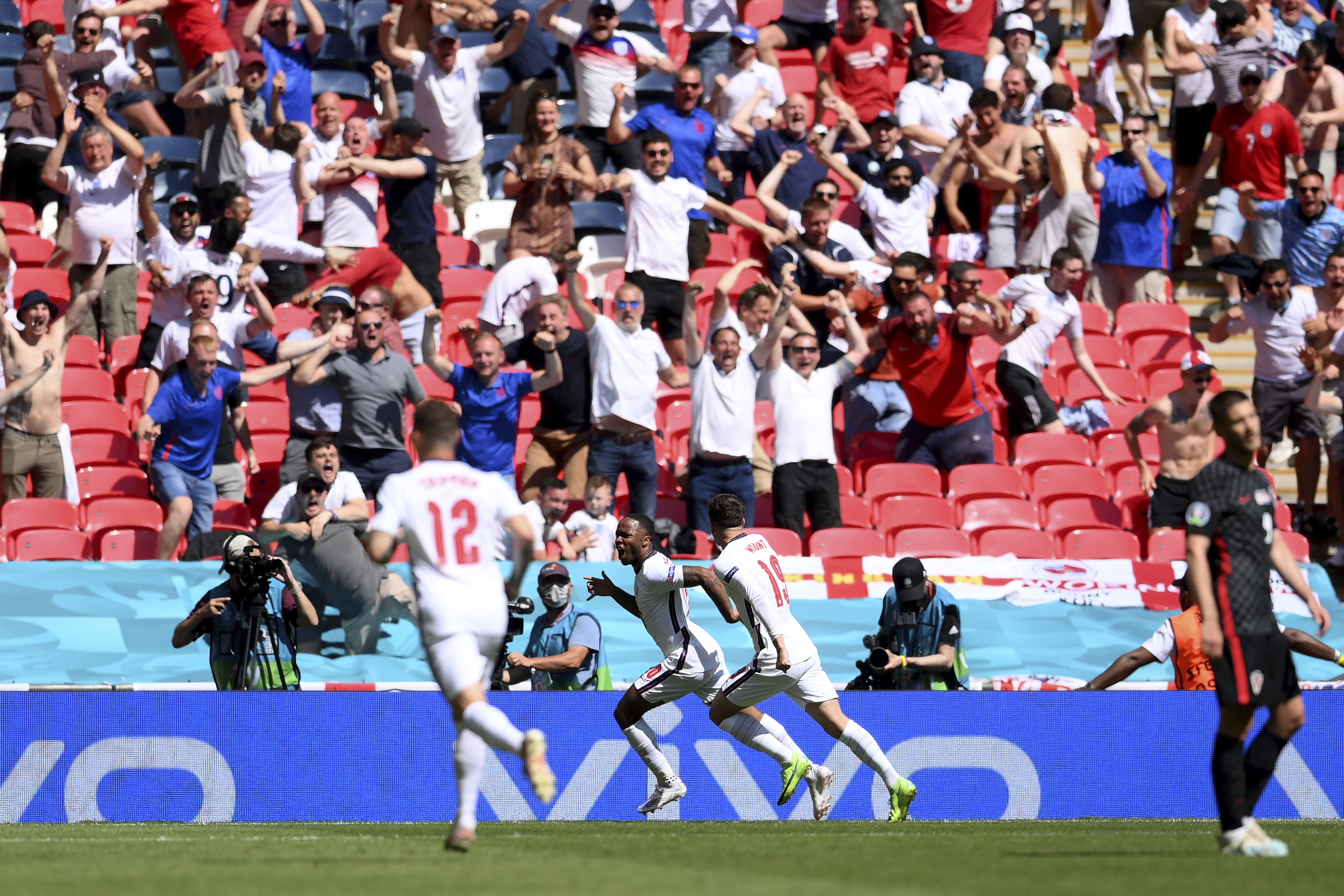 Ahead of the game against the Czechs, we take a look at what lies ahead for England in their quest to win a first major tournament since the 1966 World Cup.

England will finish top of Group D if they beat the Czechs at Wembley tonight – that's the simple bit.

Should Southgate's side top, they will face the unenviable challenge of taking on the runners-up in Group F – the 'Group of Death'.

One of France, Germany or Portugal will likely await England in this scenario.

Should England progress as group winners, they will play their quarter-final clash on July 3, with kick-off in Rome at 8pm.

However, if the Three Lions slip to second, they will face the winners or Group E – which bizarrely could prove a simpler passage.

In this instance, England will take on one of Spain, Sweden, Poland or Slovakia.

Should Southgate and Co survive their last-16 clash, they will play their quarter-final in St Petersburg, Russia on July 2, with kick-off 5pm.

However, England can still qualify for the knockout stages if they somehow slip out of the top two – providing they end up as one of the four best third-placed finishers.

In this scenario, the Three Lions would play one of the winners from Groups B, C or E – which could include Holland, Spain or Belgium.

The semi-finals – both at Wembley – will be played on July 6 and 7.

Also to be played at Wembley, the final will take place on Sunday July 11.