Zak Crawley struck a sensational 267 and Jos Buttler a supreme 152 as their record England fifth-wicket stand of 359 pummelled Pakistan in the final Test before James Anderson reduced the tourists to 24-3.

Crawley, 22, became the third-youngest man to hit a Test double ton for England – behind only Sir Len Hutton and David Gower – after advancing from his overnight 171, while he also moved beyond his mentor and Sky Sports Cricket commentator Rob Key’s Test-best total of 221.

Crawley looked set to become just the sixth England batsman to notch a Test triple century only to be stumped 33 runs shy and then congratulated for his innings by every Pakistan player on the field – the right-hander walking off having struck 34 fours and one six in his team’s 583-8 declared. 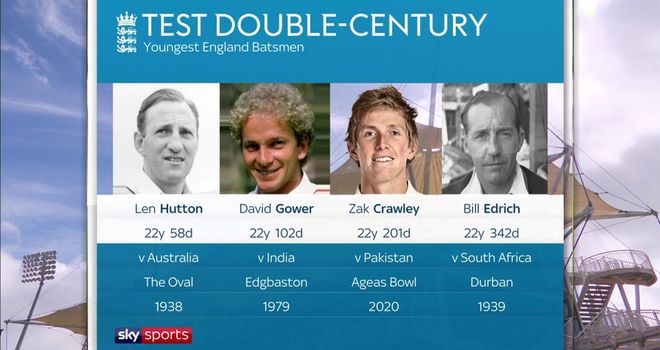 Buttler sealed his first Test century since 2018, a ball after overturning a dismissal on 99, as he and Crawley combined for England’s highest-ever fifth-wicket stand in Tests – eclipsing the 254 Keith Fletcher and Tony Greig put on against India in Mumbai 1973 – and sixth-best for any wicket.

England batted on after first Crawley and then Buttler were dismissed – Chris Woakes (40) and the tail burnishing the total with brisk runs – with the declaration triggered by Shaheen Afridi cleaning up Stuart Broad for 15.

Anderson (3-13) then removed Shan Masood (4) and Babar Azam (11) lbw, either side of having Abid Ali (1) caught at slip, to move on to 596 Test wickets as Pakistan stuttered in the 10.5 overs before stumps and England zoned in on a 2-0 win and a first series victory over their opponents since 2010. 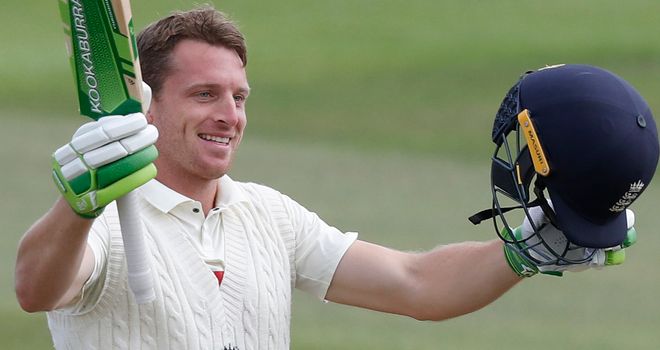 Buttler batted for 311 deliveries for his 152

Joe Root’s side were already in control of the Test after day one with Crawley and Buttler having shared an unbroken 205-run stand to rally the team from 127-4 to 332-4 in Southampton.

England’s progress was slowed by two rain showers in the opening session on day two, although 18 overs were completed as lunch was pushed back an hour from its usual 1pm slot.

The hosts managed 41 runs in that time, with Buttler stroking three of them through point to move from 99 and into three figures – having initially been given out one run shy of his century. 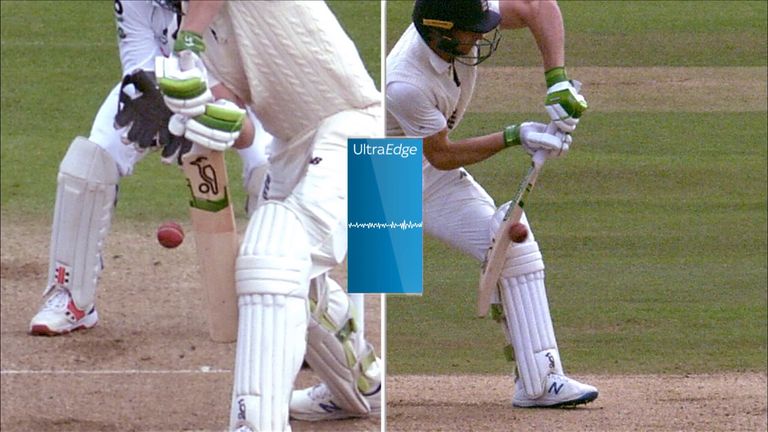 Buttler’s ton was his first as a Test wicketkeeper with Jonny Bairstow having been England’s gloveman at Trent Bridge when Buttler scored 106 against India a little over two years ago.

Crawley’s 200, achieved from 331 deliveries with an edge for four through the slips off Naseem Shah, earned him a number of additional milestones. The right-hander became the fifth England batsman to score a double century against Pakistan, after Ted Dexter, Denis Compton, Sir Alastair Cook and Joe Root, and the seventh Englishman to turn a maiden Test century into a double, a group that also features Sky Sports Cricket’s Key and David “Bumble” Lloyd.

Crawley was unable to contain a smile as a single off Yasir Shah took him to 222 and beyond the total Key had managed against West Indies at Lord’s in 2004 – but there was little for a chastened Pakistan to enjoy.

Crawley continued to impress all around the wicket and it was a surprise when he danced past a leg-side delivery from part-time leg-spinner Asad Shafiq to be stumped by Rizwan shortly before tea – the wicket ending Chris Woakes’ 90-over-plus wait as next man in. 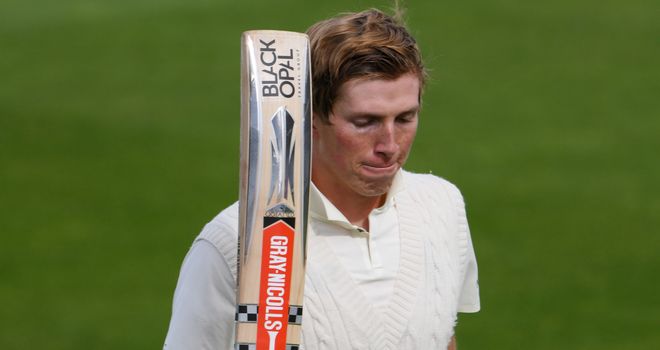 Crawley was applauded off after his superb innings in Southampton

Buttler did not hit a boundary in the second session but managed a 15th and final one to bring up his 150 shortly before he was dismissed by another part-time spinner – Fawad Alam snaffling a caught and bowled.

Woakes, Bess (27no) and Broad played their parts, though, in ensuring England pocketed another 90 runs for wickets six, seven and eight on a day that belonged to Crawley and Buttler.

Crawley and Buttler’s milestones could be followed by one for Anderson before the game is done, with the latter just four wickets adrift of becoming the first seamer to 600 scalps in Test cricket.

The 38-year-old trapped Masood lbw – after the opener had overturned a similar dismissal to Broad due to the ball striking him outside the line – and then had Abid pouched by Dom Sibley, before capping another dominant day for England by removing Pakistan’s best batsman Babar from the final ball of the evening.

Watch day three of the third and final #raisethebat Test between England and Pakistan live on Sky Sports Cricket from 10.30am on Sunday.

How much is Anna Camp worth?
WORLD NEWS