A number of supporters at the Three Lions' Euro 2020 warm-up friendlies jeered the pre-game gesture. 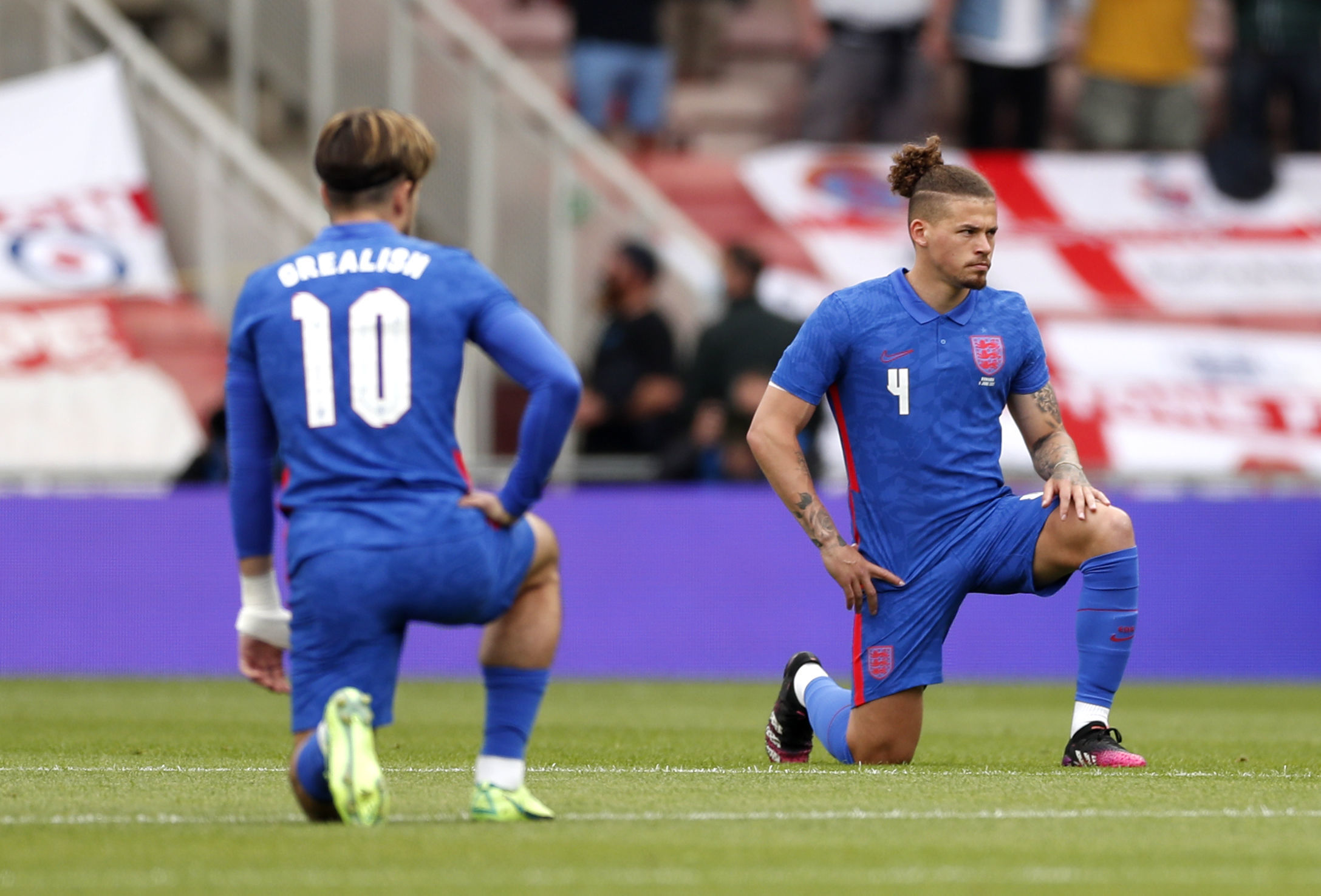 Footballers have largely backed taking the knee to emphasise their stand against racism, with many stars abused in escalating scenes online.

The hate has not been limited to social media however, with ex-defender Ferdinand targeted while working as a pundit during Manchester United's recent game at Wolves.

And while some have criticised taking a knee for having links to political aspects of the Black Lives Matter movement, the 42-year-old has strongly denied any association between the two.

Ferdinand told his YouTube channel: "These fans, these ignorant people going to these games, they haven't got a clue.

"They don't know what the players are kneeling for. It's not a political stance.

"All these people saying, 'BLM is a political movement' – [the knee] is nothing to do with [BLM]. So take that out of your mind.

There is no valid reason for booing. They're meant to be here helping the team, pushing them along.

"The players, the manager are telling you, 'This is not a political campaign, the reason why we kneel is nothing to do with politics'.

"This stance is about racism, about people being treated the right way and respectfully, and not based on the colour of their skin.

"There is no valid reason for booing. They're meant to be here helping the team, pushing them along.

"The players' narrative around this is nothing to do with politics so please just support this team, support these players.

"They don't want injustice, they don't want people to be judged off the colour of their skin. And they're kneeling because of that. So why are you booing?"

A number of Conservative Party MPs and right-wing pundits have fuelled claims that taking a knee is a political gesture.

England manager Gareth Southgate has criticised those booing his players and explained: “We feel, more than ever, we are determined to take the knee throughout the tournament.

“We accept there might be an adverse reaction but we’re going to ignore it and move forward.

“We are all trying to move towards equality — and support our team-mates because of some of the experiences they’ve been through — but people decided to boo.

“The players are sick of talking about all the consequences of should they, shouldn’t they.

“They’ve had enough really. And as far as I’m concerned, they are not going to take any more questions on this through the tournament. If it happens, it happens.

“Their voices have been made loud and clear. They are making their stand — but they want the focus to be on football.”