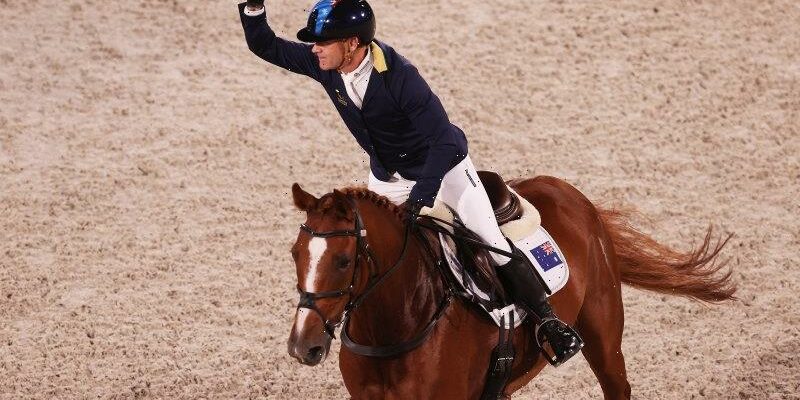 Andrew Hoy, the eighth wonder of the equestrian world, won a silver medal in his eighth Olympic Games after piloting Vassily de Lassos to a clear run in the showjumping and securing a podium spot for Australia’s eventing team.

If that wasn’t impressive enough, he added to that tally with an individual bronze, a feat that would see him become the oldest individual Olympic medal winner since Oscar Swahn, a Swedish shooter, in 1912. 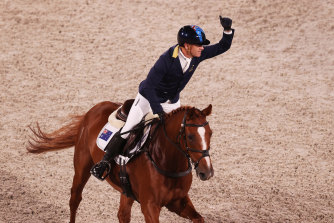 Earlier, with compatriots Shane Rose and Olympic debutant Kevin McNab watching on, Hoy was flawless and inside the time to hold off France and ensure the Australians would stand on the second tier of the podium behind Great Britain.

Hoy, 62, is a complete marvel. He was part of the eventing team that won gold in 1992, 1996 and 2000 and team silver was his first medal since the memorable scenes in Sydney 21 years ago, where he also won individual silver.

When asked if it was experience that helped him keep his cool with the silver medal on the line, he replied: “age, I think”.

The British team finished with a total of 86.30 penalties, with Australia 100.20. France won the bronze medal with 101.50 and their jumping performance meant Hoy had no room for error. Afterwards, he paid tribute to both his horse, a 12-year-old chestnut gelding, and the support team that enabled him to soar when it mattered. 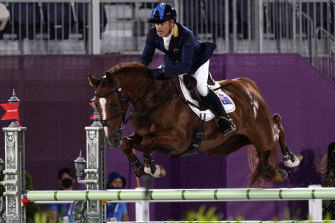 Hoy in action during the eventing.Credit:AP

“I’ve got a fantastic horse. Vassily de Lassos is one of the world’s greatest horses. He hasn’t won an individual at this point in time but the way he runs cross country, the way that he showjumps, it’s just the little things I’m working on with the dressage and I believe he will be a medal winner himself,” Hoy said.

“It is very, very special. We don’t come to these championships, especially the Olympic Games, to finish fourth, fifth or sixth. We only come to get a medal. It has been a complete team effort. Vassily has done a wonderful job to finish on his dressage score but if it wasn’t for Kevin and Shane and their complete support team, we wouldn’t be here.”

He started the individual showjumping round in fourth place but made his way onto the podium, later quipping that he may still be around for the Brisbane Games of 2032. He shared the dais with new Olympic champion Julia Krajewski from Germany, the first female to take individual honours at a Games.

It wasn’t as if the week had been without its disruptions for Australia. Just before competition began, Stuart Tinney’s horse Leporis did not pass the vet’s inspection and McNab was added to the team. Just a few weeks ago, he wasn’t even a travelling reserve; now he has a silver medal around his neck riding next to some of the sport’s royalty.

“Speechless. Absolutely amazing. I was actually settled into the role I was in, so I was really surprised. At the same time, I felt for Stuart, they were big shoes to fill. I’ve tried to do my bit. There was a bit of pressure there but hopefully I’ve done it,” McNab said.

Rose is the only Australian-based competitor of the trio and adds silver in Tokyo to his silver team medal in Beijing and bronze in Rio. He competes with eight metal plates in his face after a horrific injury in 2006 when he was kicked in the face by a horse and put into an induced coma.

He said the Australian team was exceptionally close and had worked tirelessly behind the scenes to get it all right on the night on Monday.

“We’re all mates. I don’t know if every other team are. You ride the highs and lows with them, it’s not just your own performance,” Rose said.

“But we think team first in Australia, so how you perform individually is going to effect your team mates. You want to always put your best foot forward. For me, watching them do well is great. If someone has a bad moment, you feel that with them.”