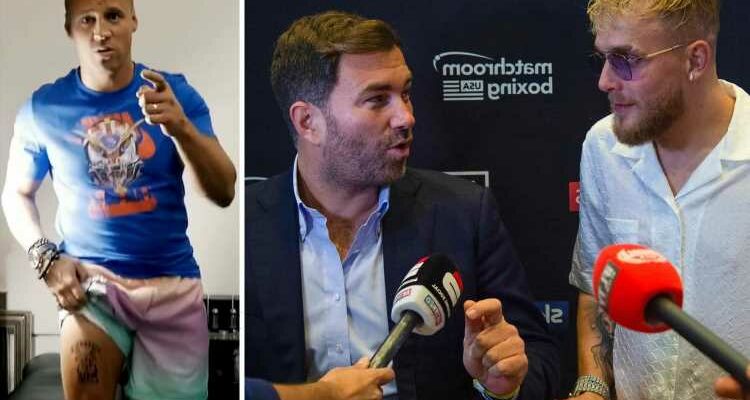 EDDIE HEARN has slammed 'embarrassing' Mairis Briedis after the Latvian got a Jake Paul tattoo.

The Matchroom promoter was baffled by the ink and told the cruiserweight to 'get real' and fight Lawrence Okolie. 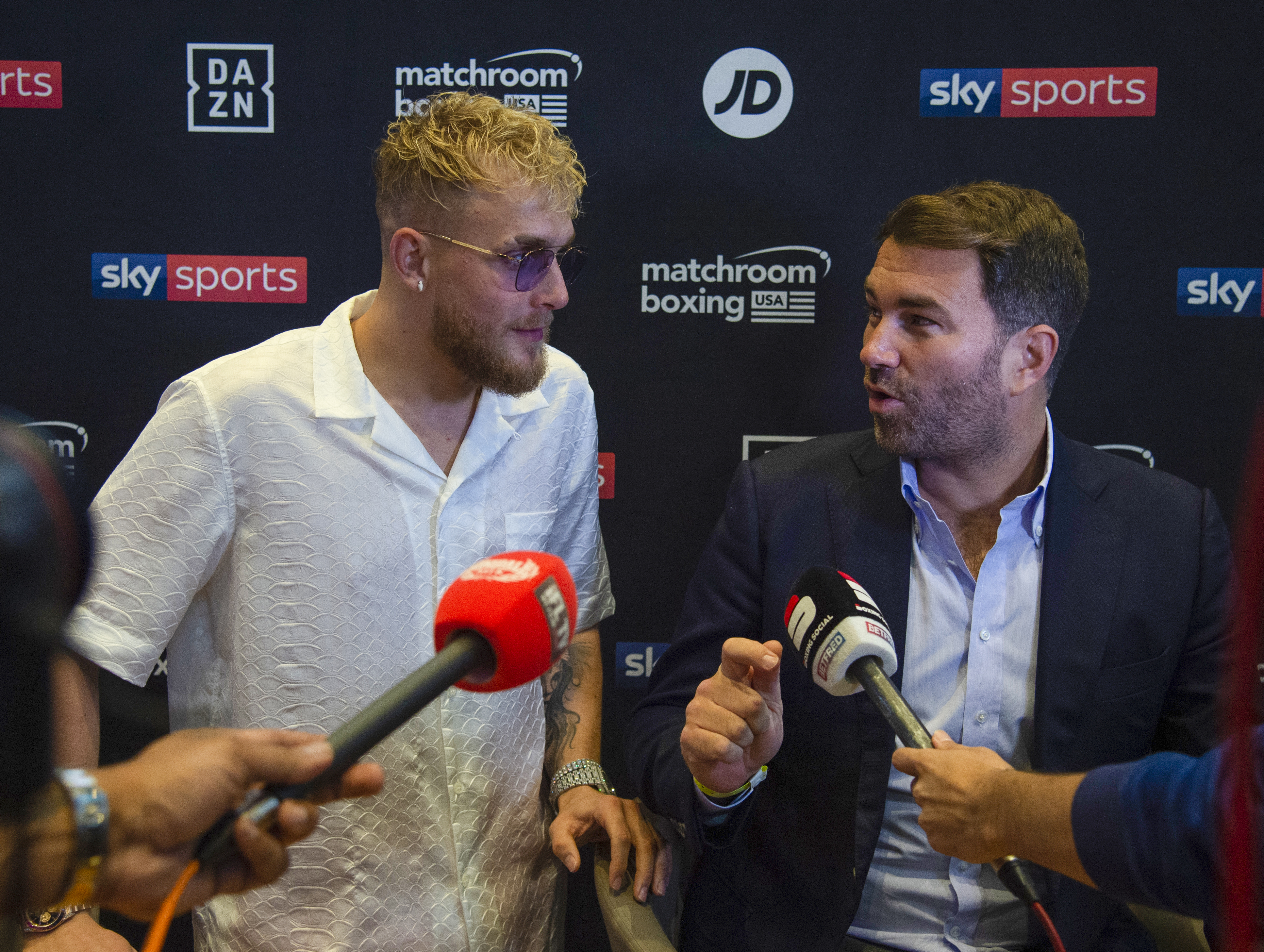 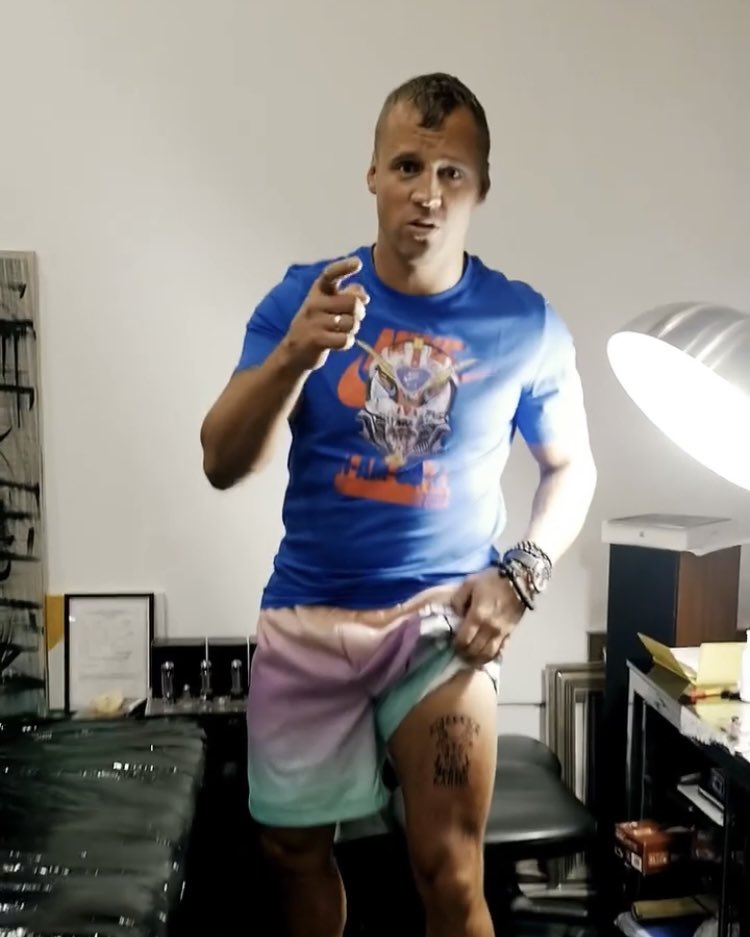 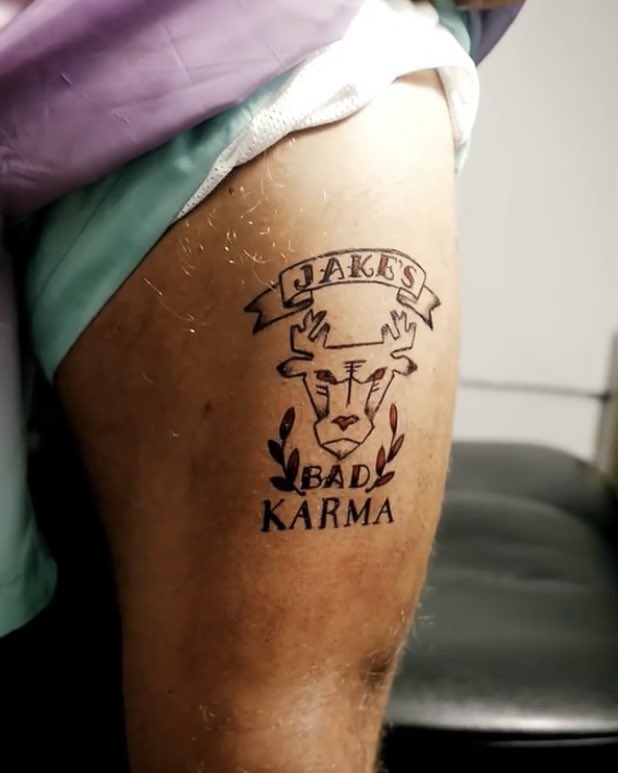 Briedis, 36, is a three-time world champion and currently holds the IBF title at 200lbs.

He is 28-1 in his professional career and now wants to fight YouTuber Paul in a money-spinning bout.

And he was even willing to ink his body to try and do so.

The experienced fighter has shown off a new tattoo featuring Paul's name.

It reads 'Jake's Bad Karma' and runs down his left thigh.

But Hearn was not impressed.

The promoter blasted: "Briedis is walking around like an, I mean, what is Briedis doing?

"He's getting tattoos of Jake Paul on his leg and calling him out to fight. What is he doing?

"He’s got a unification there against Lawrence Okolie. I know he’s got a mandatory.

"I mean, the guy is embarrassing. Great fighter, by the way, brilliant fighter.

"But a world champion cruiserweight calling out Jake Paul and getting a tattoo saying something like Karma Jake….

“I mean, whether the tattoo is real or not, what?

This isn't the first time that Briedis has called out the Problem Child.

Back in May his agent Kaller Sauerland offered Paul, 24, a shot at his client's belts.

He wrote on Twitter: "Hey Jake Paul – happy to arrange you taking a shot at Mairis Briedis' belts, only condition if you lose you have to leave boxing… Deal?"

Tommy Fury is still determined to be Paul's next opponent after having to pull out of their scheduled bout last month with injury.

But Paul has teased a move to MMA, posting a clip of himself practising leg kicks while tagging Bellator and PFL.