EDDIE HEARN blasted Deontay Wilder's 'ridiculous' allegations of cheating made towards Tyson Fury and said: 'Let the real men go at it'.

Wilder accused Fury of loading his gloves with 'something hard' and blasted him for cancelling their trilogy bout. 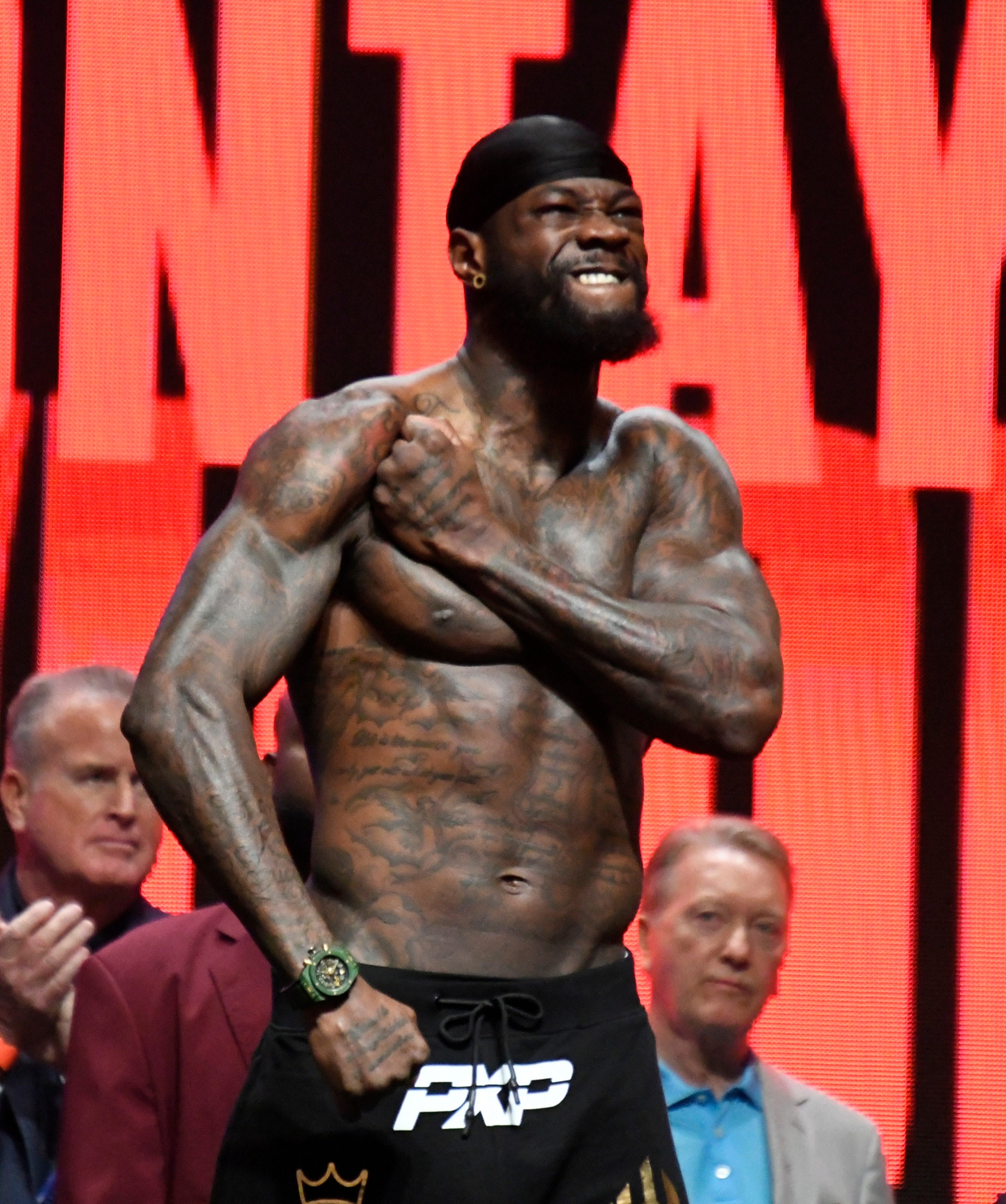 Anthony Joshua's promoter Hearn slammed the Bronze Bomber's accusations which he made without any evidence provided.

And he told Wilder – who initially blamed the loss on his 45lb ring walk costume – to leave Fury, 32, and Joshua, 31, alone to fight.

He told iFL TV's Kugan Cassius: "It's ridiculous. "Listen, park him to the side, let the big boys, the real men go at it.

"Unless you've got any real substance then be quiet, go back to the drawing board, work harder, let the hunger burn to become champion again.

"It's gone from the costume, to now he's been found out about AJ, to now something about the gloves. It's getting worse and worse."

Wilder, 35, was in line to face Fury – who he drew with in 2018 – for a third time having had an immediate rematch clause.

But the stipulation expired last month, with Fury now moving in another direction as he looks to fight Joshua next year.

Wilder reacted by demanding the Gypsy King honour the initial agreement, and revealed he turned down a fight with AJ to instead go ahead with their rematch.

He tweeted: "When that fight was a draw, I told you that I would give you a rematch.

"You know I was offered more money to fight Joshua than I was getting to fight you. Again being a man of my word, I fought you like I said I would.

Hearn responded to the post: "I thought AJ ducked you?'

In his interview with Cassius, he said: "[We got] loads of criticism and it hurt because I knew how much we wanted to make that fight and I knew they were playing games.

"AJ has always pushed me to make the undisputed fight and you've just seen it unfold in one tweet. To be quite honest it's sweet as a nut."