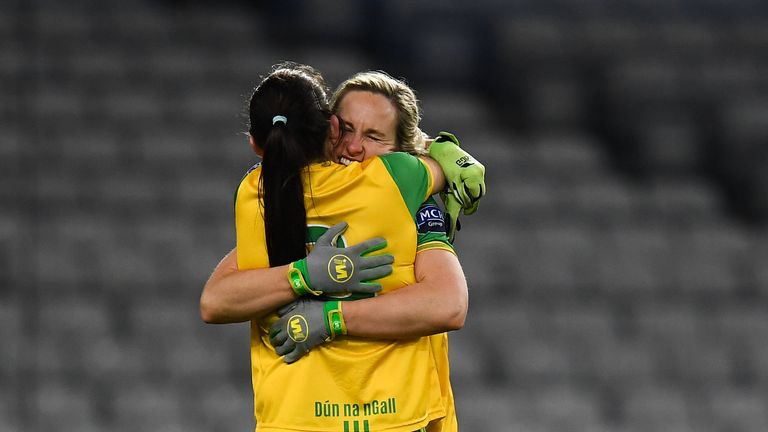 Captain Karen Guthrie produced an outstanding performance at Croke Park on Saturday night to give Donegal an opening-round triumph over defending champions Dublin in Division One of the Lidl National Football League.

The Glenfin ace (who finished with 1-4) was a deserved recipient of the Player of the Match award, as the Sky Blues fell to a first competitive defeat since March of last year when Galway got the better of them in the group stages of the League.

Starting with eight of the team that secured a second successive All-Ireland title last September, Mick Bohan’s holders opened the scoring through a Niamh McEvoy point.

However, after she capitalised on a superb Niamh Hegarty delivery, Guthrie – in her 14th intercounty season – fired past Dublin’s skipper on the night, Ciara Trant, for a fifth-minute goal.

While 2018 TG4 All-Ireland Final Player of the Match Carla Rowe ensured Dublin made an immediate response to that setback, Guthrie and the ever-threatening Geraldine McLaughlin ensured Maxi Curran’s visitors remained in the driving seat. 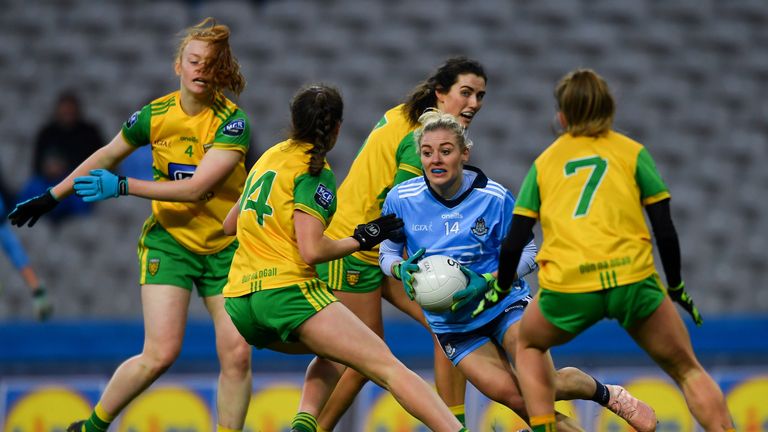 Half-back Aoife Kane and Siobhan Killeen were subsequently on target for the Sky Blues, reducing the deficit to a single point on the first-quarter mark.

Despite Rowe slotting over her second point on 19 minutes, the Donegal challenge gathered further pace in the closing moments of the half.

McLaughlin converted a close-range free and Guthrie added a brace to give Tír Chonaill a 1-5 to 0-5 interval advantage.

Nicole Owens registered a two-point salvo on the resumption to get Dublin back into the reckoning, but a determined Donegal subsequently built up a head of steam. McLaughlin significantly bolstered her tally with three unanswered scores and corner-forward Ciara Grant also found the range to give the Ulster champions a six-point cushion.

The introduction of 2018 Footballer of the Year nominee Lyndsey Davey on 42 minutes was the spark that Dublin needed. Following a neat combination with Rowe, she fired beyond the reach of Aislin Nee with her first touch of the contest.

A final-quarter fightback from Dublin did not materialise, though, as a disciplined Donegal held firm in defence. Given the way she had performed throughout, it was fitting that Guthrie rounded off a memorable Donegal victory with a supremely-executed point in stoppage-time. 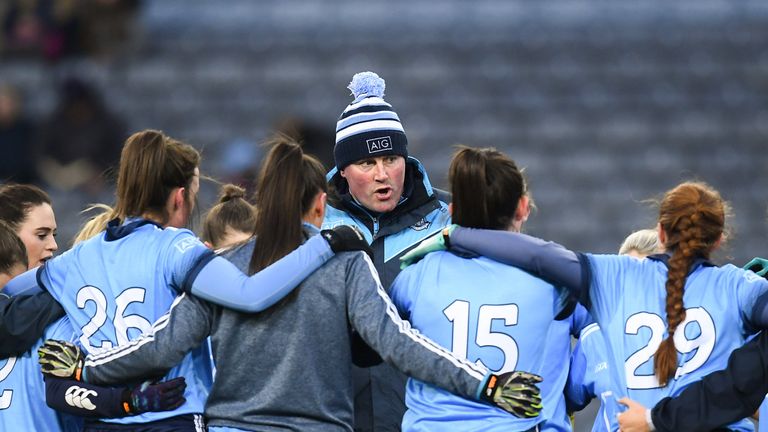 Curran: ‘We have players as good as any team’