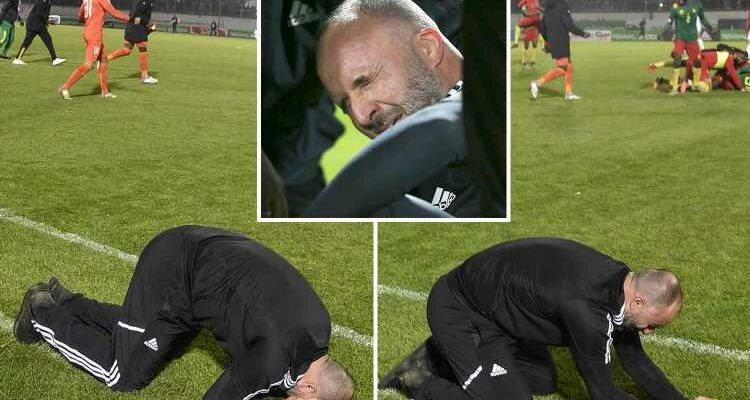 ALGERIA manager Djamel Belmadi was left crumpled on the ground with his head in his hands after his side failed to reach the World Cup in heartbreaking style.

The 2019 African Cup of Nations champs looked on course to reach Qatar when they equalised in the 118th minute at home to Cameroon for 1-1. 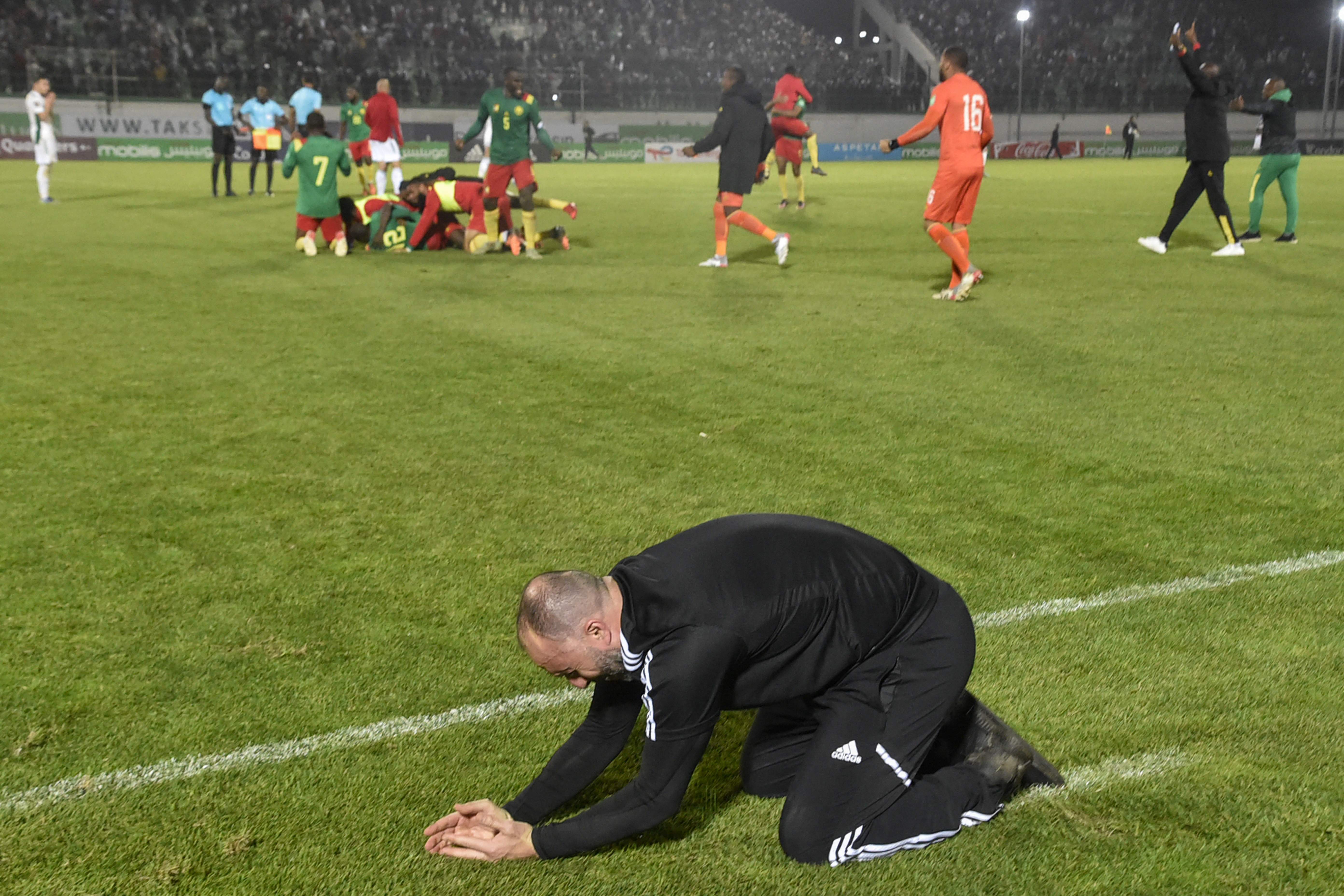 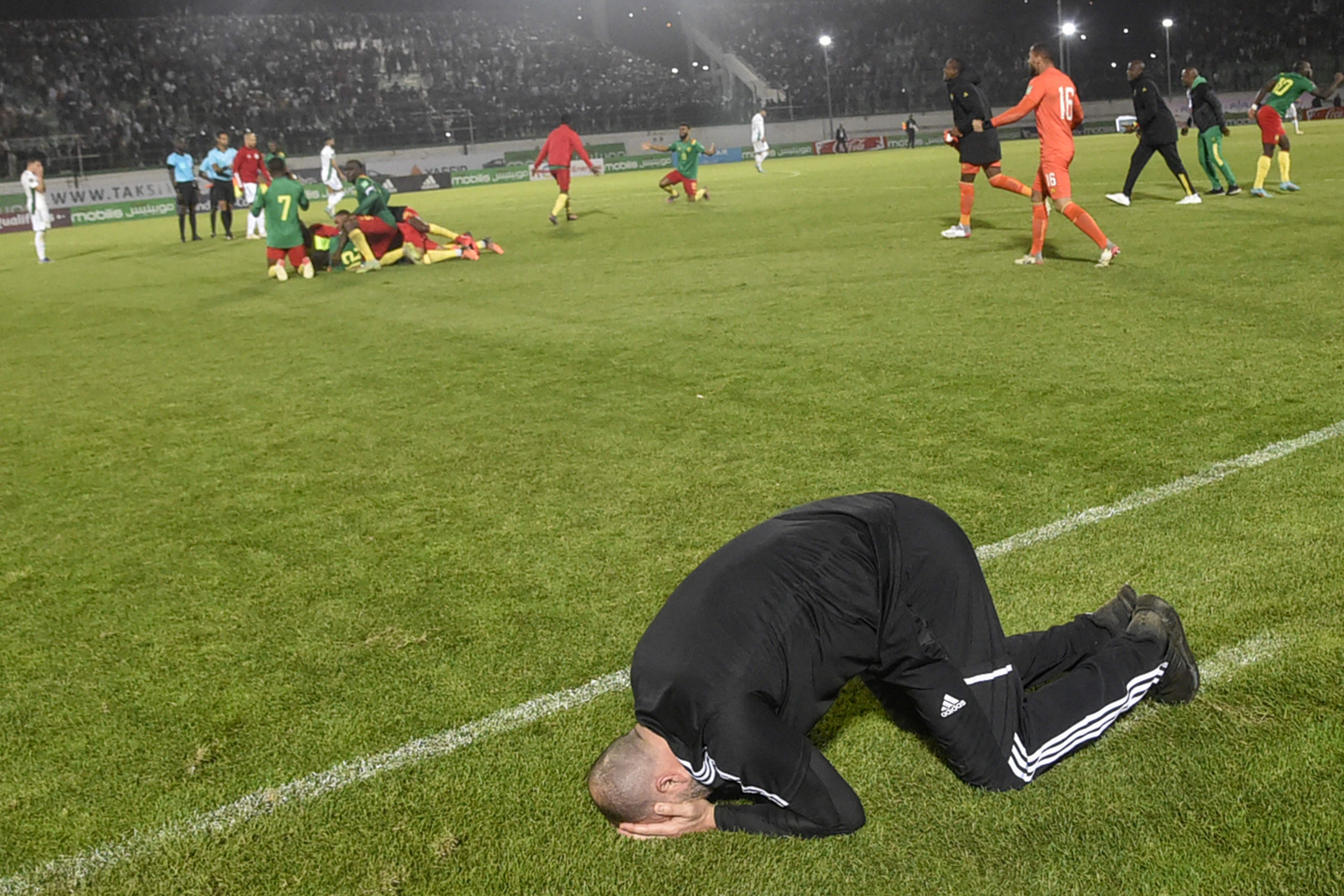 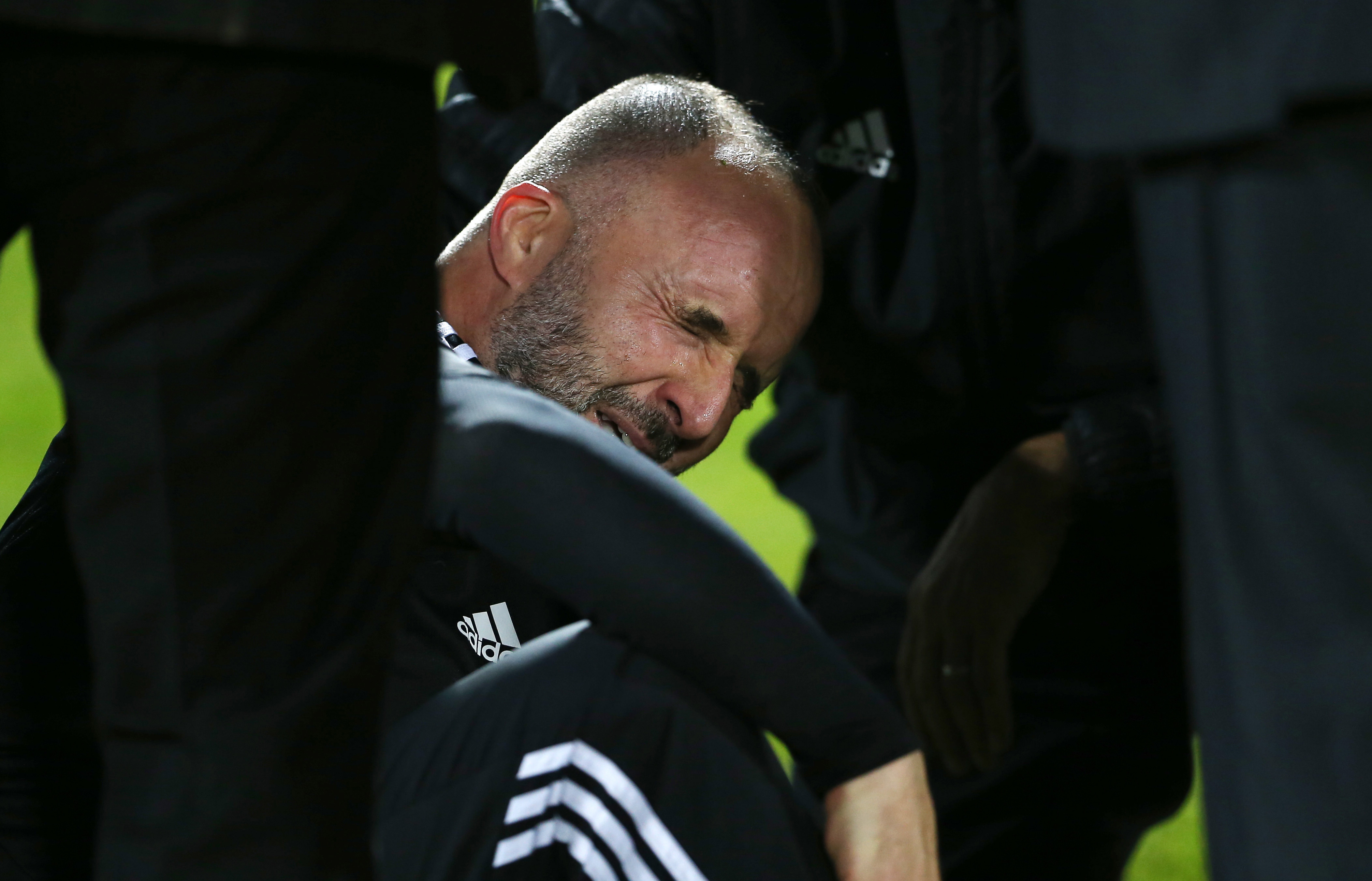 The first leg between the two sides finished 1-0 to Algeria meaning Belmadi's side were on track for the promised land.

But joy turned to full-on despair when in the fourth minute of added on time of extra-time, Cameroon striker Karl Toko Ekambi smashed home the winner.

It meant Cameroon, managed by former Liverpool star Rigobert Song, made the World Cup in November thanks to away goals – they lost their home leg 1-0.

Algeria fans hurled anything they could get their hands on, onto the pitch in disgust.

Virgin Bet offer: Get £20 bonus when you stake £10 on racing, football or tennis 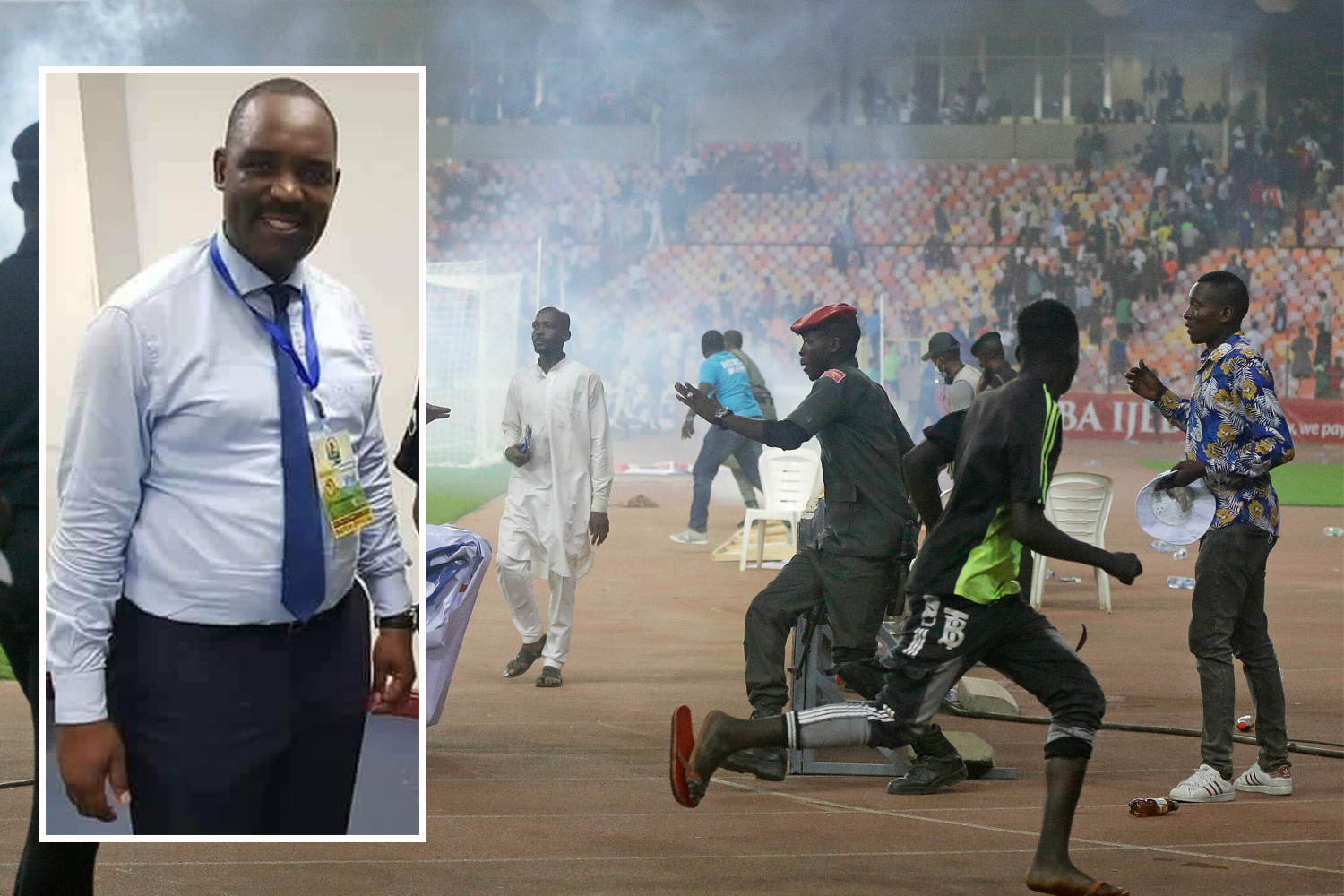 Players slumped to the turf, many crying their eyes out. Belmadi, 46, was overcome with emotion and collapsed on the sidelines.

Speaking after the game, he said: "We were only 10 seconds away from the World Cup. We collapsed.

"We put our lives on hold for this match and this success and we only had qualification on our minds.

"It is going to be hard to get through the next days."

Belmadi is a former Manchester City and Southampton player who represented Algeria 20 times as a player.

Algeria looked to have booked their place when Ahmed Touba netted with three minutes remaining at the end of extra-time.

But as Cameroon pushed everyone forward for the final play of the game, Toko Ekambi latched onto a headed pass from Michael Ngadeu-Ngadjui to net a most unlikely winner.

It seals a disastrous few months for the north African side who were dumped out of the Africa Cup of Nations finals, ironically played in Cameroon, in the first round in January as they gave up the title they won in 2019. 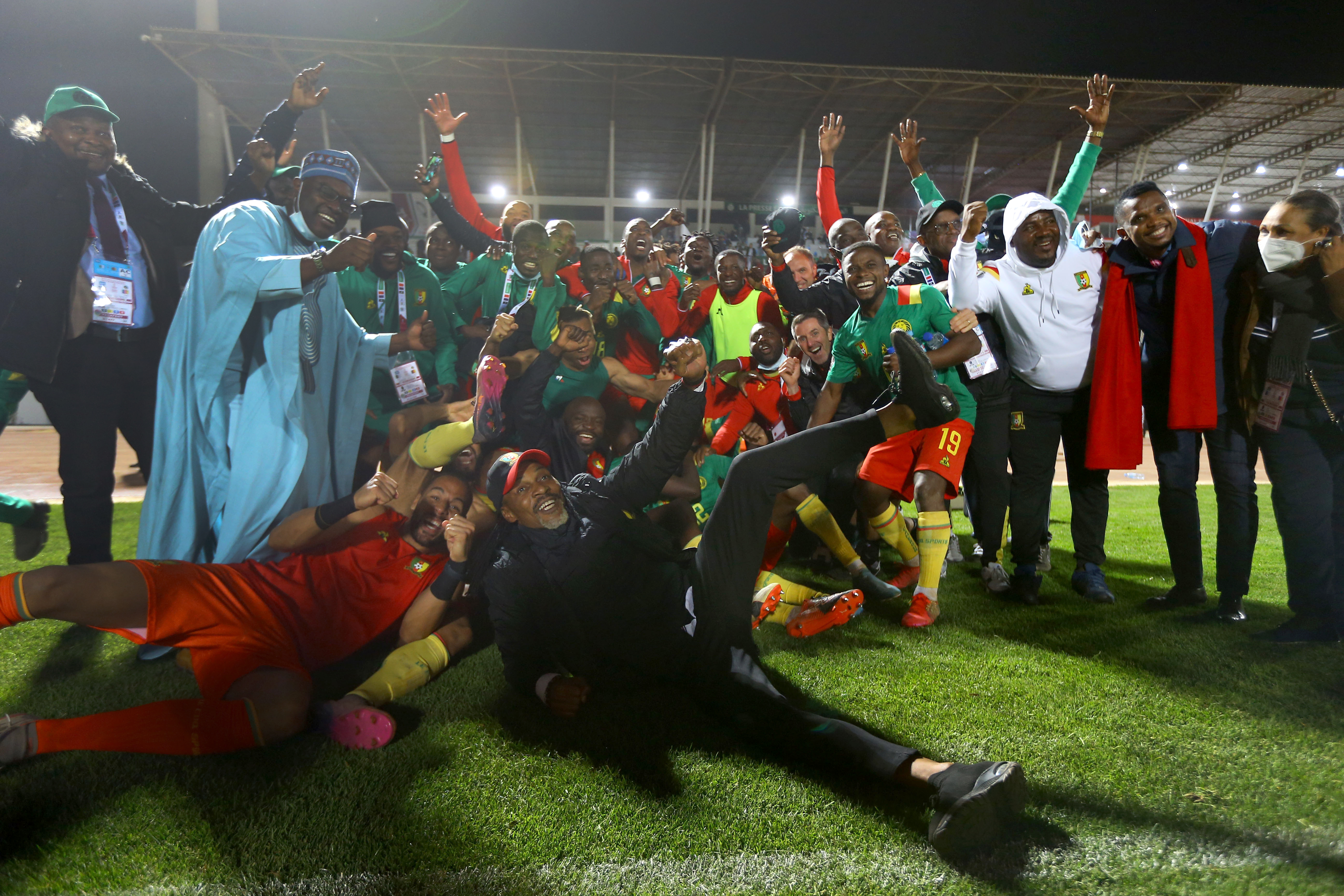