DECLAN RICE will miss the majority of West Ham's push for a top four finish – but does not need an operation which would rule him out of the Euros.

Rice has been wearing a brace on a knee injury suffered on England duty and the Hammers have already ruled him out of the next two matches, including tonight's trip to Wolves. 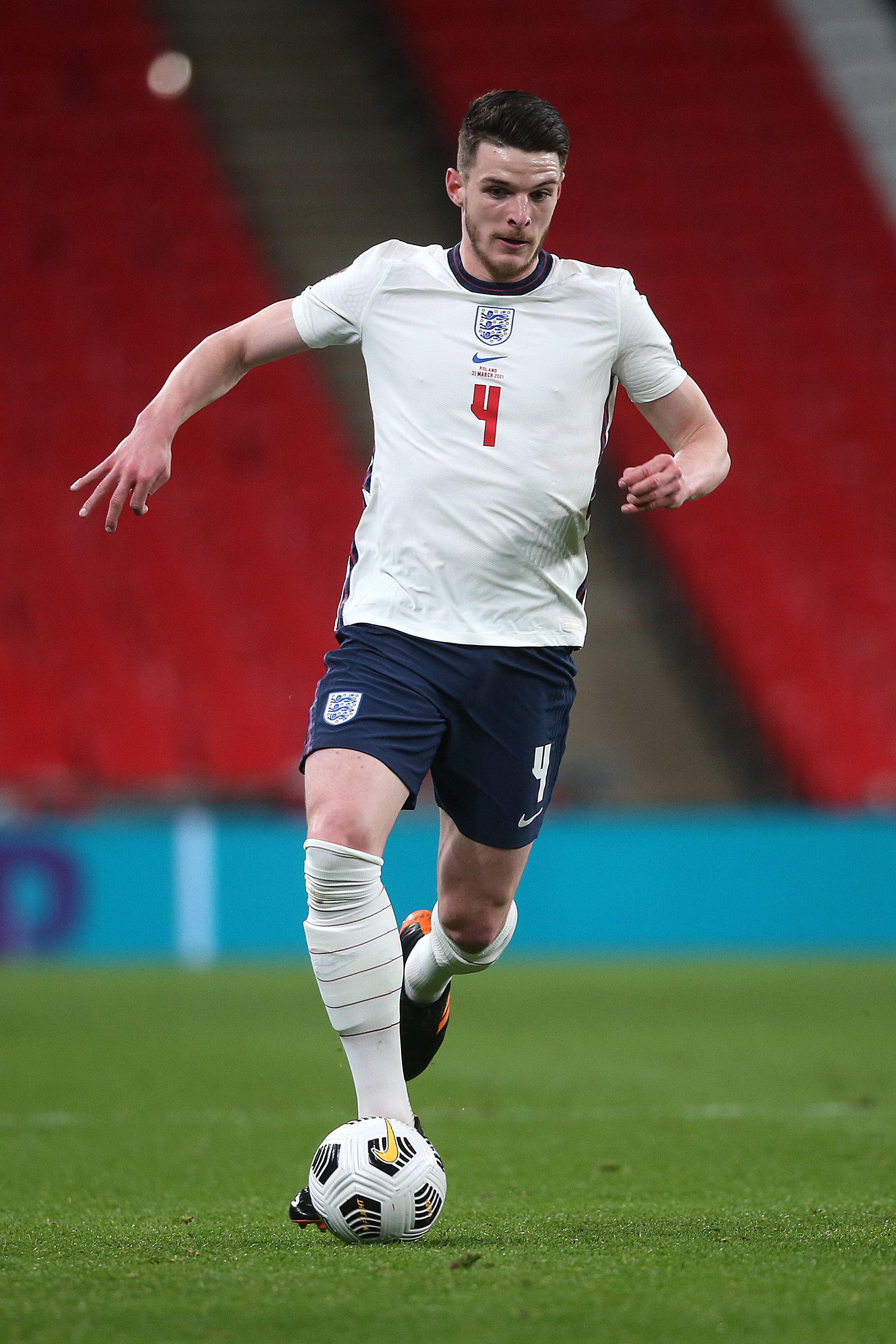 But SunSport understands the 22-year-old only expects to miss the next four to five weeks and is already working in the gym maintaining his fitness levels.

The plan is to assess the injury again in a fortnight, when if all has healed as expected it will allow him to step up his comeback.

His injury is a nightmare for Hammers boss David Moyes, who has now lost his most influential player with a Champions League place up for grabs.

Rice is undergoing treatment with club medics and is positive he will be back for the final three matches of the season.

That would give him more than enough time to prove his fitness to be named in Gareth Southgate's squad for the European Championship this summer.

Southgate already has a major fitness worry over Jordan Henderson, so for injury to strike the other proven option in the holding midfield position is a huge blow.

The highly-rated Hammers star suffered the knee injury in England's game against Poland.

Rice has established himself as a key player for both club and country.

Rice received a kick to the knee in the win over Poland at Wembley but played on for the rest of the game.

Moyes has admitted the club will have to consider bids for his players.

But he insisted only a huge offer will lead to Rice departing and recently claimed the midfielder was worth more than £100million.