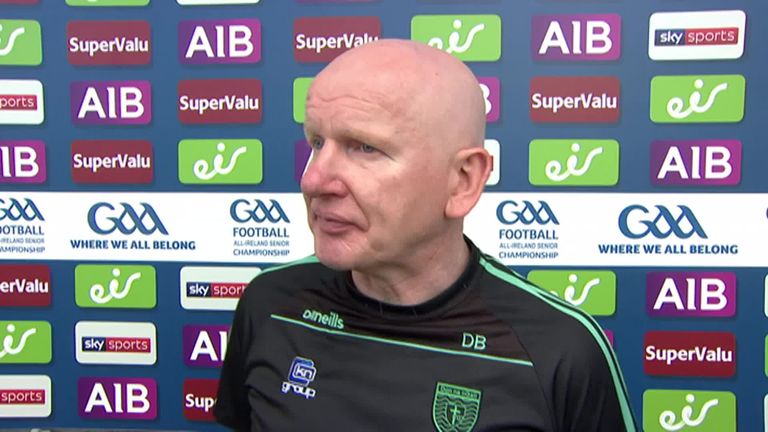 Donegal manager Declan Bonner said after the win over Meath that the Ulster champions must improve if they are to beat Kerry next weekend.

The Royals gave the home side a real scare in Ballybofey, taking the lead in the 55th minute, but eventually Donegal’s class told as they ran out nine-point winners.

“We won it comfortably in the end, but for long periods in that game it was tough,” Bonner told Sky Sports at full-time.

“In fairness to Meath, they kept at it and asked us serious questions. But I thought we had those answers. There were a lot of mistakes out there, and there are a lot of things we still need to work on.

“It sets us up now for a match against Kerry. We know we need improvement, and we’ll start with that on Tuesday night.

“All aspects – with the ball, without the ball. We just need to get better. I thought we were sloppy at times.

“But in saying that, we showed real character.”

Bonner noted special praise for his captain Michael Murphy, who put in another game-winning performance.

“He leads by example, not just on match days but at training every night,” he said. “He plays at training exactly like he does in matches out there.

“He’s a real leader on an off the pitch. It’s great to have him, but it’s about the team, it’s about the squad, and today the 21 guys that were used all contributed.” 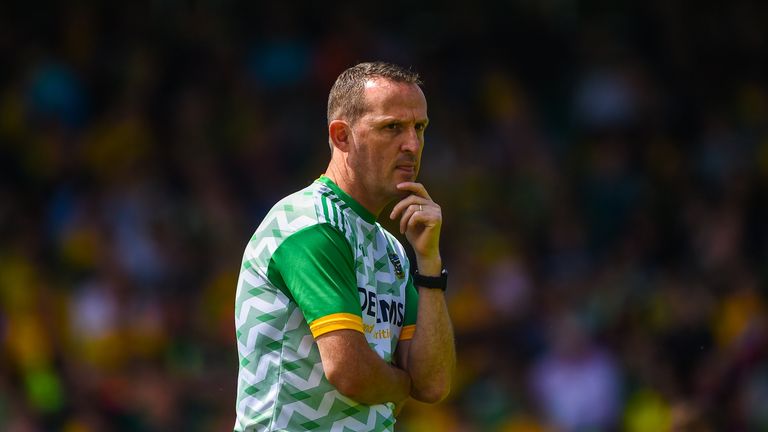 Meanwhile, opposite number Andy McEntee was keen to take the positives from Meath’s display, after an upset looked likely for long periods.

“I think we put in a really good performance,” he reflected. “We put ourselves in a position where we could win the game with maybe 15 minutes to go.

“With 15 minutes to go, we were a point up on a team who are likely to be the only contenders to Dublin according to an awful lot of people. So you have to take positives from that, and we’ve got to continue to work and continue to improve. 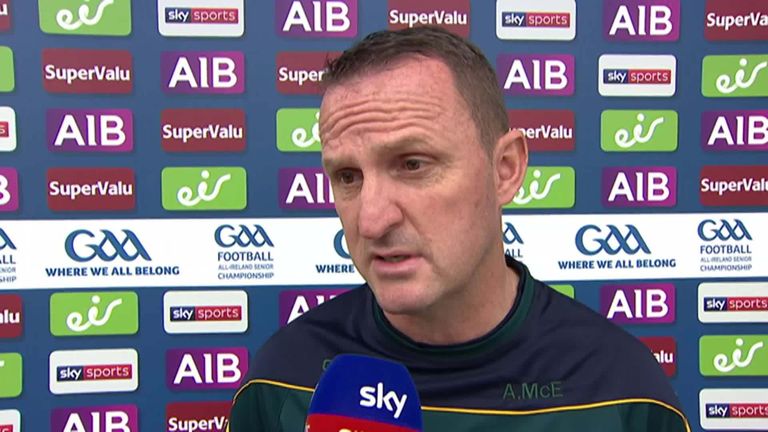 “We’re learning all the time, it’s a young team. We haven’t been in this position before.

“That’s why they call it experience. you have to come through these painful bits to come out stronger on the far side of it. So disappointing, but I’m hugely pleased with our effort and application.

“I think despite all the comments and the experts saying we were wasting our time coming up here, I think we put in a pretty decent shift.”