You can’t stop progress, but that doesn’t mean you can’t try.

India’s refusal to play the Adelaide Test match under lights – and Australia’s decision not to demand it – has been criticised for its conservatism. Former England captain Michael Vaughan called day-night Test cricket "a great spectacle" and termed it "ridiculous" that the two countries couldn’t accommodate the widespread demand for a pink-ball match. Last year’s Australia-England Test in Adelaide, the first Ashes day-nighter, was acclaimed. But India have long resisted the innovation, and did not fancy starting a series by giving Australia an advantage, with the hosts having played under lights in Adelaide the last three years while India have not played any pink-ball cricket, at home or away. 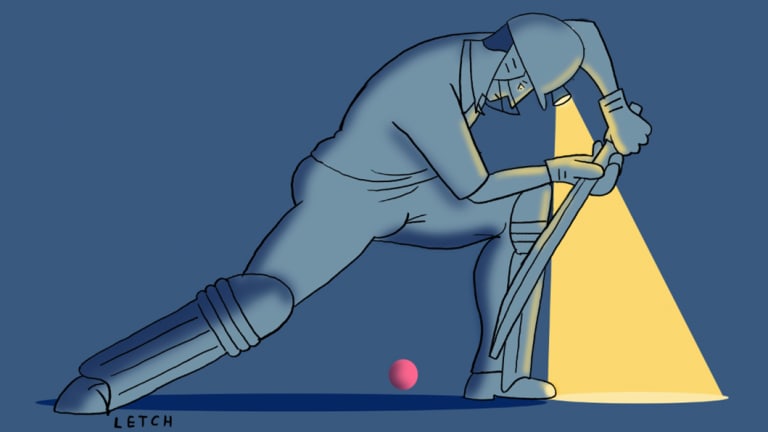 Me, I'm with India. Just because you can do something new doesn't mean you have to. (Like, say, just because a taxation windfall gives you the funds to knock down new stadia to build even newer ones doesn’t mean you have to.) When governing bodies are judged by their energy in doing something – anything – sometimes it takes courage to do nothing.

Day-night Test cricket might be the future of the game. Equally, it might be a passing fad. It might be the saviour of a format that will need saving. Or it might be a well-intended but unresolved attempt to reconcile the interests of too divergent stakeholders.

The essential division is between those on site and elsewhere. Cricketers, including Australia's, have only accepted the pink-ball Test matches with gritted teeth. Sometimes this comes from self-preservation, for who wants to risk his career in sketchy unfamiliar conditions? But sometimes this is also Test cricketers' preference for the rhythms of the daytime, the way they have always played – and just as importantly, imagined – cricket at its highest level. Day-night Test cricket also introduces a number of tactical variations that are interesting in their way, but also feel tricked-up. The players have adapted admirably since the first pink-ball Test in 2015-16, but this doesn’t mean they love it. 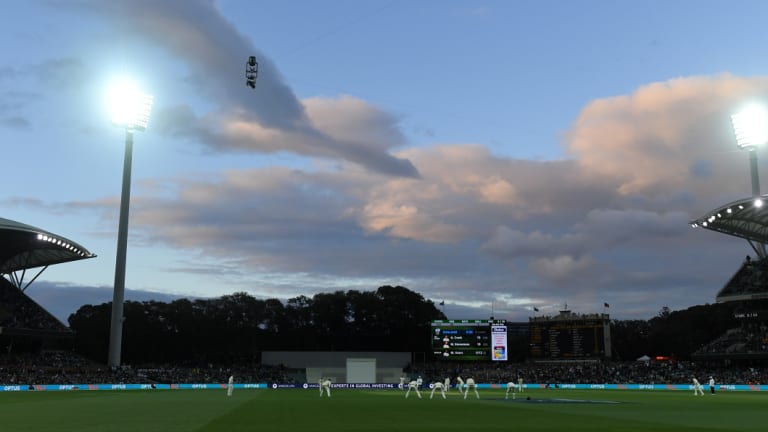 It’s been argued that paying spectators prefer the day-night version of the game, but this is not yet proven. Mediocre ticket sales for the current match in Adelaide might owe more to a general disenchantment with Australian cricket. They might also owe something to the very hot temperatures. (The weather itself isn’t a reason to hold the matches at night: in Adelaide on a hot day, the sun is still beating down until late – on Thursday at 7pm it was 37 degrees – and on Adelaide on a cool day, as in previous pink-ball Tests, once night falls it gets very cool and the crowds go home.)

The novelty of pink-ball Test cricket has bumped crowds up in the past three seasons, but those percolations might not be sustainable. Unlike limited-overs cricket, where the atmosphere builds after dark, in pink-ball Tests it tends to drain away. Over the past three years, spectators, having been there and seen the show, tend to leave early. The last hour meanders along, a little sadly, and the night ends not with a result – a guarantee of the short-form game – but a "to be continued".

So why have pink-ball Test matches? If the push were all about respite from the heat, they’d have done it in Perth. But that wouldn’t suit eastern states television viewers. Perth will always have day Test cricket, despite the arguments in favour of the night game, because night Tests would finish too late after prime time in the east. We see how things really work. It’s the people watching, producing, and selling advertising on television who are the big constituency in favour of pink-ball Tests. 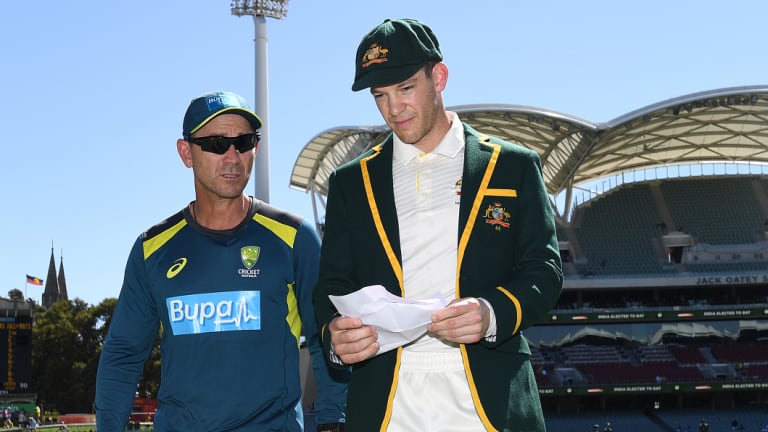 Long day ahead: Australian coach Justin Langer walks from the field with Tim Paine after losing the toss in Adelaide.Credit:AAP

The television imperative oughtn’t be dismissed. To the contrary, we should ask whether the needs of television should come first. It is broadcasters and their representatives who are continually leading the push for day-night Test cricket. And it is eastern-states viewers, and their eyeballs, who most want the pink-ball games. Their combined demand carries significant financial and moral weight. Why should the game not be tailored for television?

Test cricket is obviously more appealing when it’s played after you come home from work, and pink-ball cricket is more appealing on TV than live. The ball itself, which passes in a blur of supposition and intuition when you are watching at the game, glows fatly on television. If you’re at home, you are in temperature-controlled comfort, unlike those at the ground. (It wasn’t until I started coming to Perth Test matches that I realised that those late-afternoon sessions aren’t played in glorious slanting sunshine, but in infernal heat. And the Fremantle Doctor is a hot wind.)

After 40 years of night cricket on TV, we have grown to like it. Those watching at home far outnumber those at the ground, so shouldn't they be put first?

What cricket will have to decide is whether these interests are reconcilable. Television feeds the game, from the top down. But on the other hand, television has its perfect cricket product already, in the limited-overs versions. The BBL has shown itself to be the right game for the right time. When Test cricket is on at night-time, sometimes it looks unsettlingly like a middle-aged adult turning up at a teenagers’ party in teenagers’ clothes. Perhaps its future rests in committing itself more wholly to its own identity – in growing old gracefully.

Day-night Test cricket is not a new thing. It was invented during the second year of World Series Cricket in 1978-79, when day-night Supertests were staged. They were hailed as the future of the game then, but there was no appetite to continue. Forty years on, they have been disinterred and refreshed as the future, again. But maybe they’re not; sometimes an idea’s time has come, and sometimes it comes and then goes away again. While I understand all the arguments in favour of pink-ball Test cricket, I am in sympathy with India on this point. After three consecutive night Test matches in Adelaide, this week there is something lovely about the return to a traditional day-time game, heat and all. The restaurants of Adelaide, and tens of thousands of visitors who can enjoy the city, are appreciating the older way.