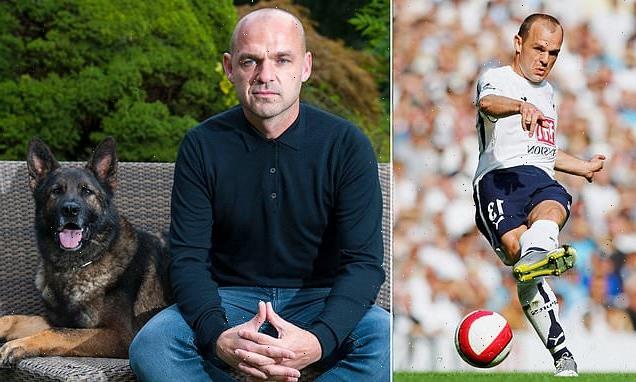 DANNY MURPHY: I needed therapy to escape depression. I lost my savings. I got into drink, drugs and gambling. Every player should know before they retire what can happen to them

This is the time of year when hundreds of footballers are at the end of their contracts and might not have a future in the game. Some of the older ones will decide voluntarily to retire.

Most players like to think their careers will go on forever. I was one of them, never considering what life after football might be like. It was out of fear really. How do you replace something that’s been your constant from the age of five through to your mid-30s?

Unfortunately, I learned the hard way. I enjoyed the first couple of years after retirement in 2013, playing golf, doing media work and taking family holidays, but what happened afterwards hit me like a sledgehammer. 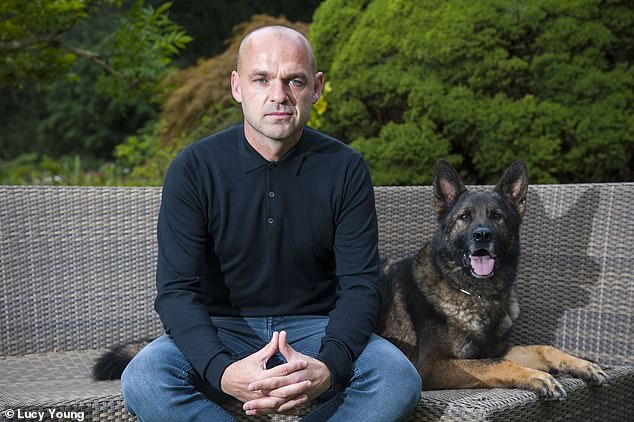 The realisation I wouldn’t play football again, combined with the loss of most of my savings, left me suffering from depression, something I was in denial about at the time.

During the dark days, which lasted 12 months, I indulged in drink, drugs and gambling. My marriage broke down, I fell out with my brothers and friends and became really isolated. 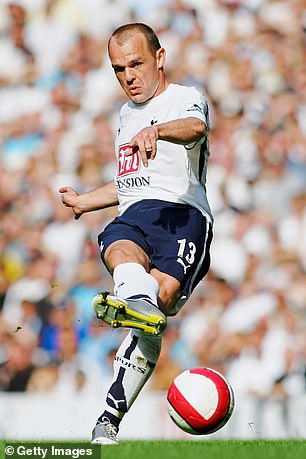 It was a horrendous place until a mix of professional therapy and support from loved ones helped me back. And I consider myself blessed in comparison: I know many other ex-players who have struggled for years, some have felt suicidal.

This is the first time I’ve opened up on my difficulties and I’m hoping it may help the next generation of players who are at the crossroads of their careers. If it stops one of them falling victim to the worst pitfalls of retirement, it will be worthwhile.

I’d spent my whole life thinking it was weak to ask for help. I grew up with three older brothers and the culture was, ‘Don’t cry’. Footballers generally have big egos.

I didn’t want to accept feeling vulnerable, whereas now I realise it’s actually stronger to reach out and be grabbed than go under on your own. Some footballers do move seamlessly into retirement. They are usually the ones who have worked out a plan. For the majority, like me, it was very hard.

Why is the transition so tough? Not every factor applies to every player but there are some common themes, including financial, which I’ll explain in a bit and may surprise people who think Premier League footballers are set up for life. The first difference is straightforward, the decline in physical activity.

As a footballer, your body releases dopamine and endorphins every day. They both do a great job for your well-being. Endorphins keep you energised. Dopamine gives you that happy euphoric feeling, whether it’s through scoring a goal or the fans singing your name. Even if you go to the gym three times a week, you can’t replace that dopamine fix. Without it, you are left feeling sluggish and slow. 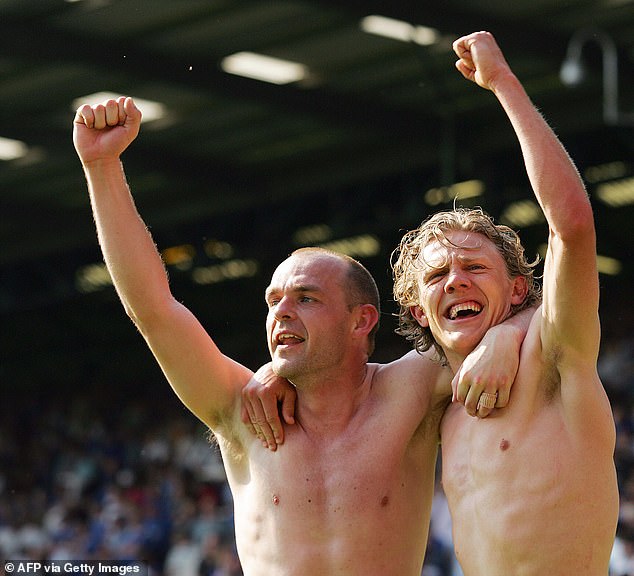 As a professional footballer, your body releases dopamine and endorphins every day

Losing the distraction of football can also have wider implications. Some dreadful things outside the pitch happened to me during my career. My dad passed away when I was at Spurs.

It was horrible as you’d expect but, as heartless as it may sound, you push it to one side with a big match coming up and thousands of fans counting on you. I went to training two days after my father died. It was only after retirement that I started to grieve properly. Things like that can have a delayed psychological impact.

Leaving football also removes a safety net and status. As a Liverpool, Spurs or England player, you have an umbrella of people to help. Family member unwell? The club will send a doctor. Tickets to a concert? An agent will set it up. Some players get others to go through the process of buying a car or booking their holidays. When you leave the game, you’re less equipped than other adults to deal with the ordinary things in life because you’ve been cosseted.

As a footballer, your schedule is worked out for you. When to train, when to play, what to wear, what to eat. To suddenly have to get up in the morning and fill your own diary with things that motivate you is a challenge.

Once it fully sank in that I’d never play football again and I’d have to deal with other problems without it, I looked for some kind of fulfilment and escape in the wrong ways.

I’d go out drinking and gambling for longer. I’d dabble in drugs. What started out as sociable activities led over time to being isolated. The vices would be moved behind closed doors. And of course the problems I wanted to leave behind had doubled in my head the following morning. 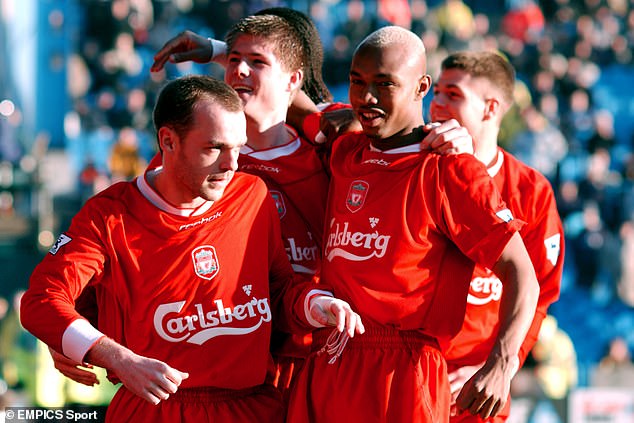 Once it fully sank in that I’d never play football again, I looked for fulfilment and escape

I realise now I was depressed. But I didn’t recognise it at the time, or maybe I didn’t want to. Instead, I struggled on, badly. Every interaction became hard work. My mum got cancer and I didn’t have the strength or understanding to support her properly. Mercifully she pulled through.

In my younger days when I played and heard that a former pro had problems coping, I’d think, ‘Get a grip’. I didn’t think you could be wealthy and depressed. But then I became that former pro and I could see how it wasn’t that simple.

There was another issue adding more pressure: finance. I’d say one of the great, and little publicised, scandals of the Premier League era is financial abuse. Players are fine while they are collecting big wages but too often when they go to their investments after their career is over, they have disappeared.

Footballers are usually working-class guys with little experience or knowledge of financial matters. So you have this whole industry of men in smart suits, impressive company names, glossy brochures and all the patter promising to look after your earnings wisely.

Of course, there are some decent financial advisers but footballers will know others who turn out to be greedy and self-serving. Some overseas property investments proved disastrous. I, like many players, was caught up in the film schemes that were sold to us as tax relief. It turned into a saga of litigation and police enquiries.

I’d worked hard during my short career to provide savings for the rest of my life — and most of it had gone. That was an extra toll on my mental health besides losing the physical buzz, camaraderie and acclaim the game had given me. 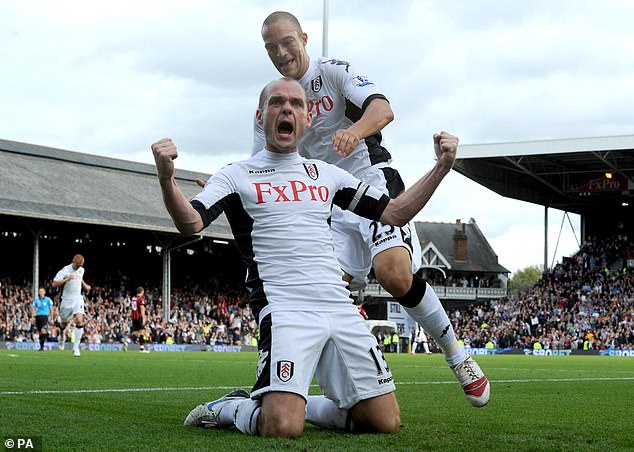 I have many friends, ex-Premier League players, who are bankrupt and have had long bouts of depression.

They can feel suicidal based on their finances not being handled well, combined with no longer playing football. There was little doubt I was in a black hole and I’d urge any player who feels the same to seek help, regardless of whether some people think footballers are entitled to feel unhappy.

I understand now that everyone has their own rock bottom. I’d felt guilty feeling like crap when my mate from school might be struggling to pay his mortgage. But you can not judge or compare people who are in pain. Money does not guarantee protection from mental health issues.

During my lowest spells, I continued to function but it was existing, not living. There were some windows of light, my kids — the media work that kept me close to football — but most of the time I was masking my true feelings.

I do, however, want to finish on a positive note. I am an example that you can come through the other side.

My turning point was opening up to friends and family on what I was going through. I was tired of acting erratically, making bad decisions and feeling horrendous. The hardest thing I’ve ever gone through was sitting down with people I love and being brutally honest about where I was at.

But it was a cathartic experience. You knew you’d let them down in the past but once you talk and they understand your situation, it’s a great feeling to realise they care. 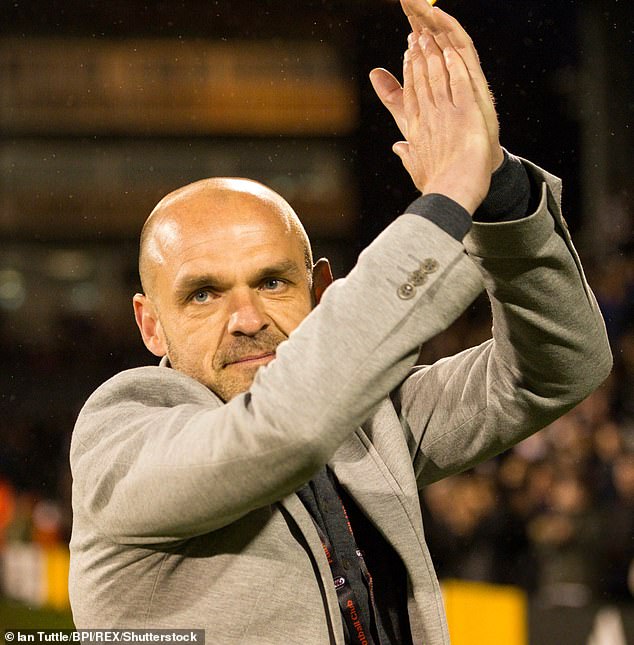 I want to finish on a positive note. I am an example that you can come through the other side

I embraced professional therapy and it was the start of my recovery. I have a great relationship with my kids, have a wonderful partner who has been amazing and I’m back on good terms with my siblings. We didn’t speak for more than a year when I was at my worst.

Therapy stops you blaming yourself for feeling bad and starts to analyse why. Of course, I’d hope that today’s players can avoid the pitfalls that beset me and many of my generation.

The harsh truth is that, once retired, clubs won’t really care about you. You are no longer an asset so you have to try and be responsible to yourself. I’d happily go to clubs and talk to players about how to make a better transition from football into ‘civilian’ life. Some may nod and not hear, they will be focused on the next game, but I’d still want to look them in the eye and appeal to them to make a plan after football, to make sure their finances are in order.

A lot of players have been through hell by being ill-prepared. It’s not something I would recommend.