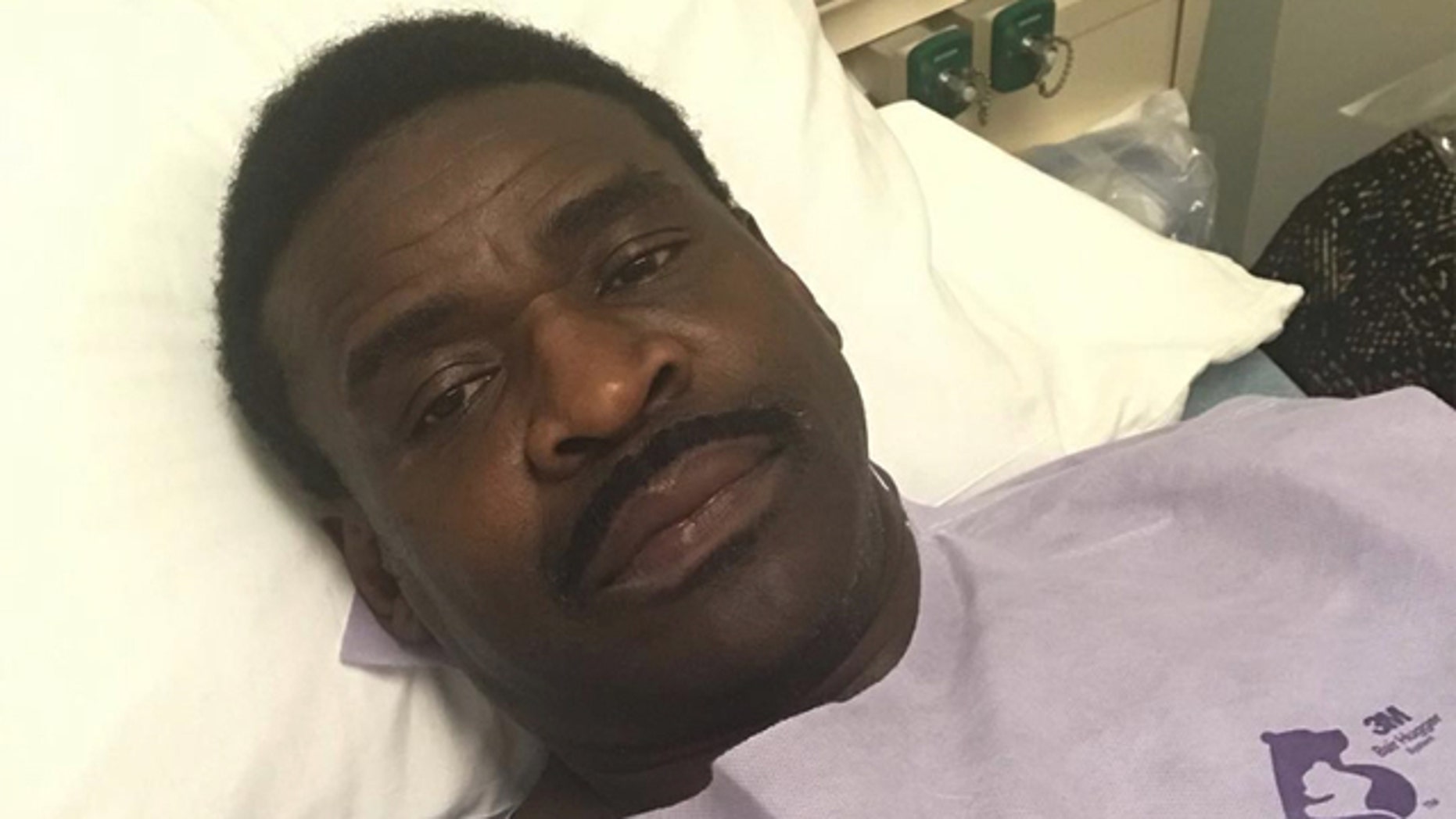 Michael Irvine revealed on Tuesday that he underwent tests for throat cancer.
(Instagram/michaelirvin88)

NFL Hall of Famer and Dallas Cowboys legend Michael Irvin revealed on Tuesday that he had undergone tests for throat cancer.

The 53-year-old made the announcement on Instagram, saying that he had spent Sunday and Monday at the Ronald Reagan UCLA Medical Center in Los Angeles. He said that throat cancer has always haunted him because it took his father at 51.

“This daemon (sp) has chased and vexed me deep in my spirit all my life. So saying I am afraid this time is a big big understatement,” Irvin wrote. “I AM TERRIFIED!! My Faith tells me whenever you face great fear you go to your greatness power. Mine is God.”

NFL AGREES TO ALLOW CHALLENGES ON PASS INTERFERENCE PLAYS, WHETHER OR NOT A FLAG IS THROWN

Irvin said the problems began in late November when the Cowboys beat the Saints 13-10. He said he was so elated that he lost his voice, but the problem persisted for 2 months. A doctor eventually advised him to get a throat biopsy, Irvin said.

Irvine asked his followers to pray for him and his family during this difficult time, adding: “I will continue to pray for your fams protection and prosperity as well. May God Bless us all.”

Irvin, who won three Super Bowls before retiring in 1999 due to a spinal injury, was inducted into the Hall of Fame in 2007.