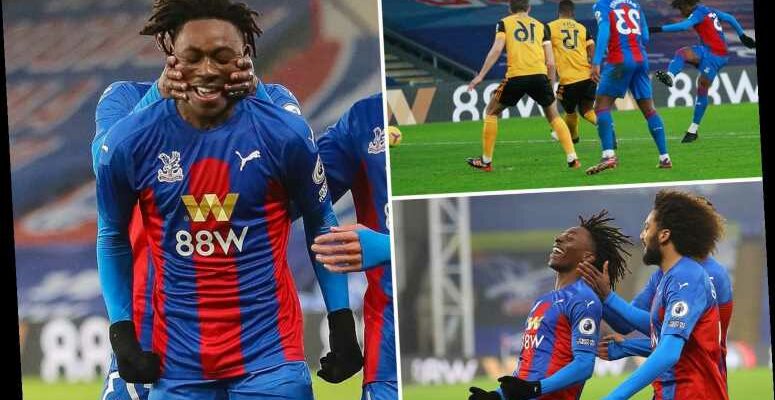 EBERECHI EZE does not exactly have a reputation for being where he should.

But the England Under-21 star was exactly in the right place here to get back Palace back on the winning track. 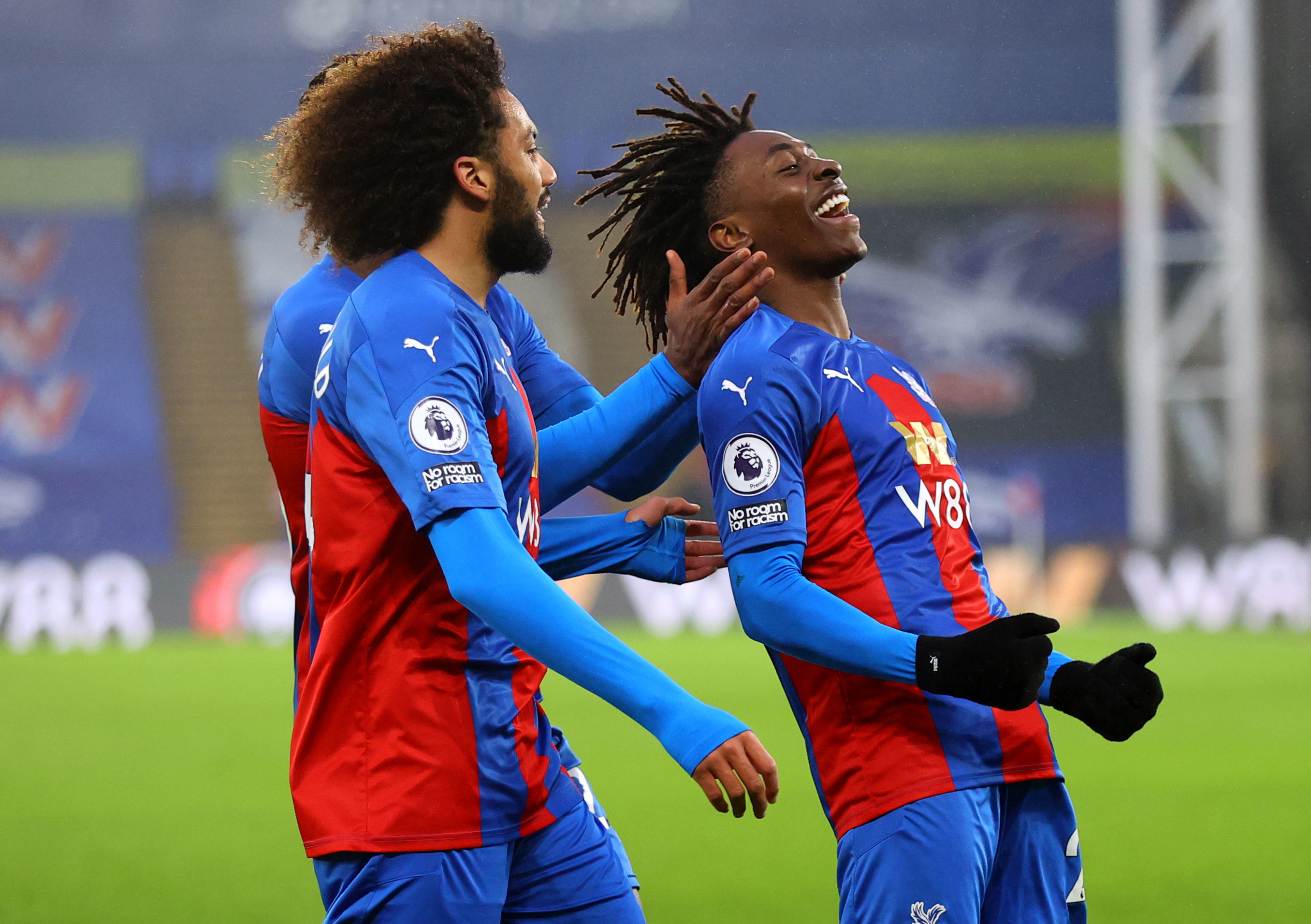 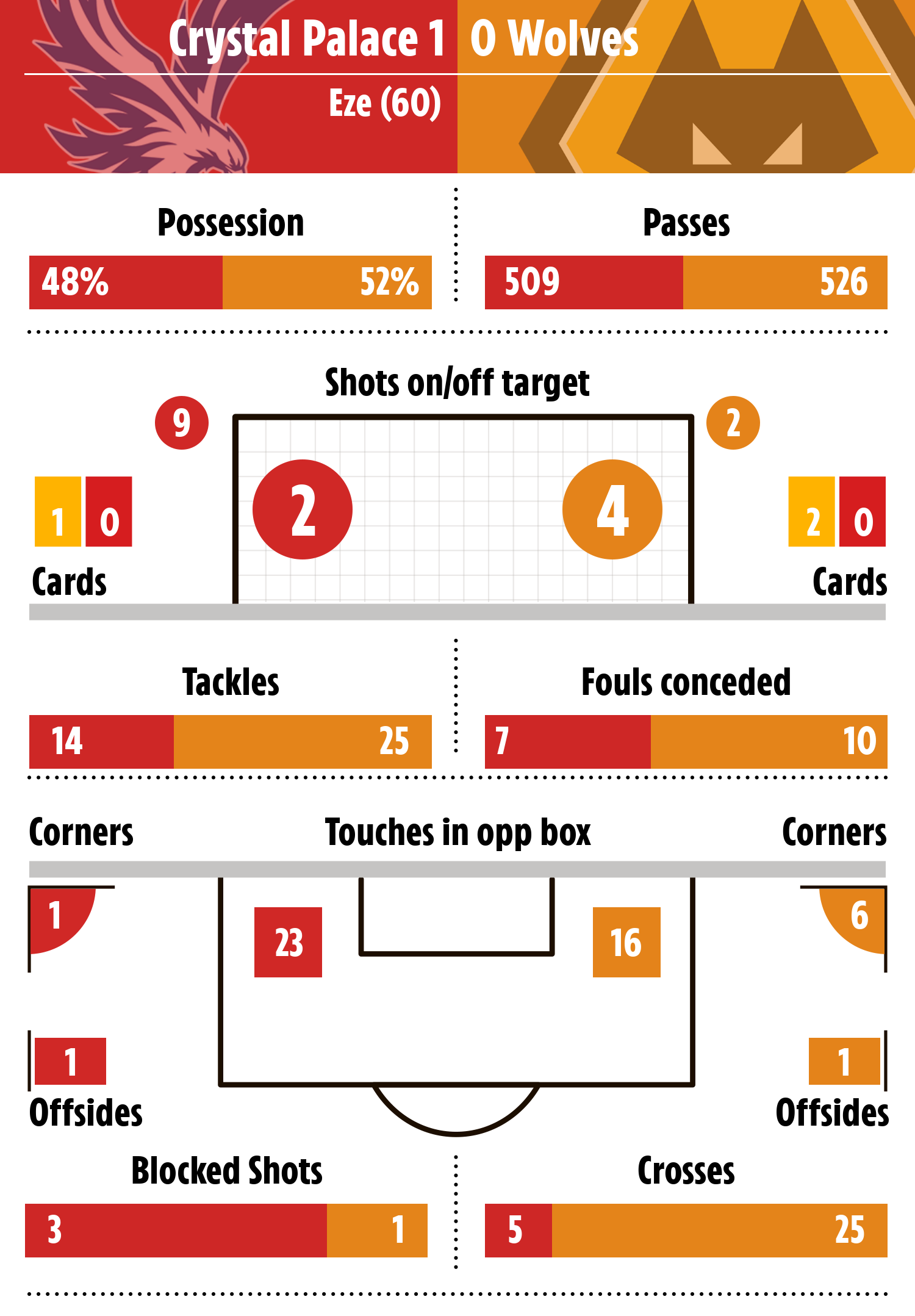 The striker’s stunning second half strike ended the Eagles run of four games without a win and secured only their second victory in 10 Premier League matches.

It ensured he ended January in a better way than he started it – after he was carpeted and fined for breaching coronavirus rules by attending his former club QPR’s FA Cup third round defeat at home to Fulham.

Wolves boss Nuno Espirito Santo must also wish he was in a different place after seeing their winless run in the Prem extend to eight matches – the longest he has gone without a victory during his three-and-a-half year reign.

But the Portuguese will be encouraged by new loan signing Willian Jose, who was unlucky not to mark his debut with a goal in monsoon conditions.

This was the third meeting between the sides this season with Wolves triumphed in both the reverse fixture and their FA Cup third round clash at Molineux earlier this month.

This was arguably the wettest sporting event staged at Crystal Palace since they used to hold the swimming and diving championships at the National Sports Centre down the road.

There has not been much at Selhurst Park to smile about this season, but the stadium DJ has clearly not lost his sense of humour as he interrupted his usual pre-match playlist for Bob Marley’s Three Little Birds – or as it more commonly called: Don’t Worry About A Thing Cos Every Little Thing’s Gonna Be Alright.

Palace right-back Nathaniel Clyne, who last week extended his stay with the Eagles until the end of the season, fired the first shot in anger in a cagey opening when he drilled over from 20 yards in the ninth minute. 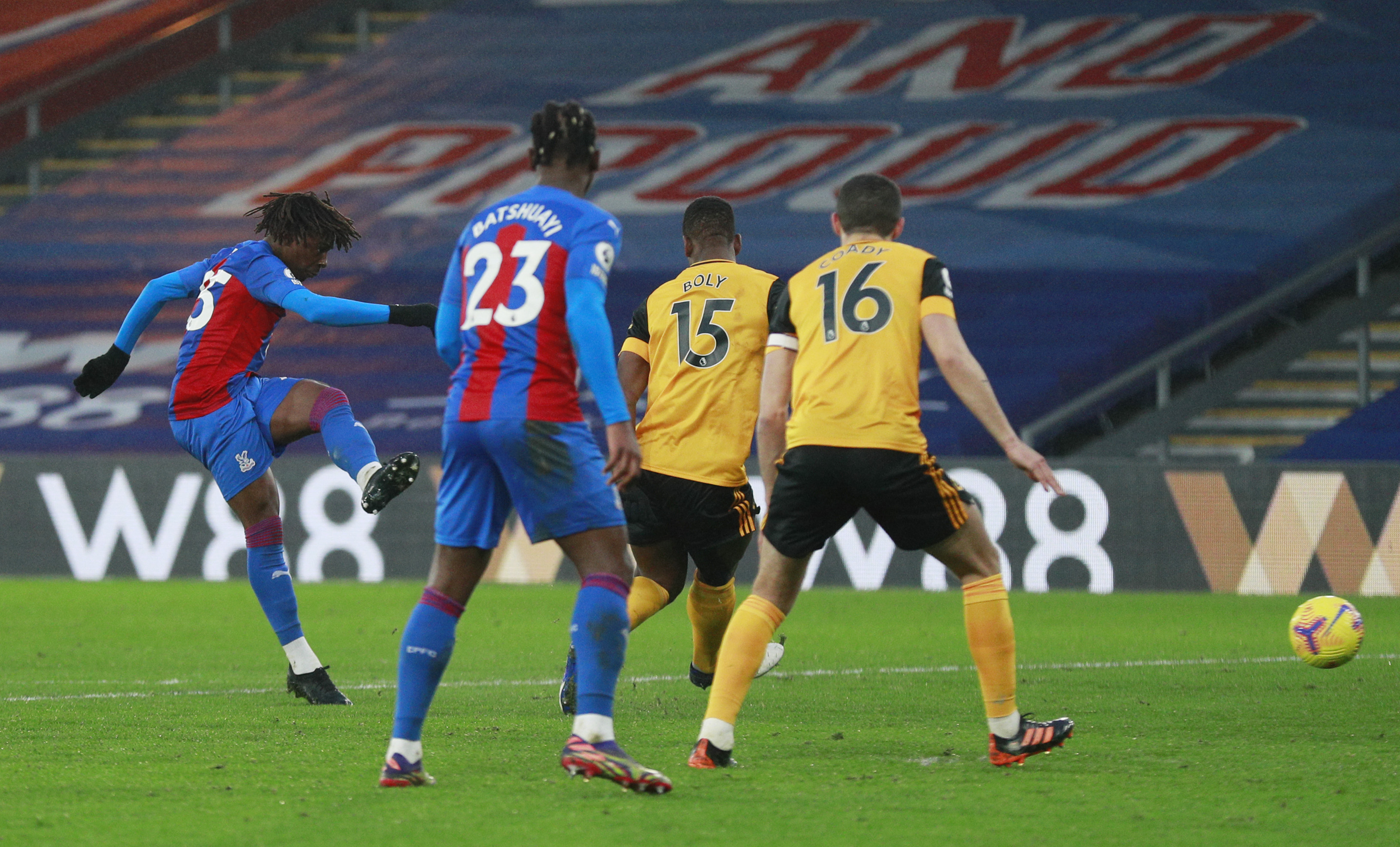 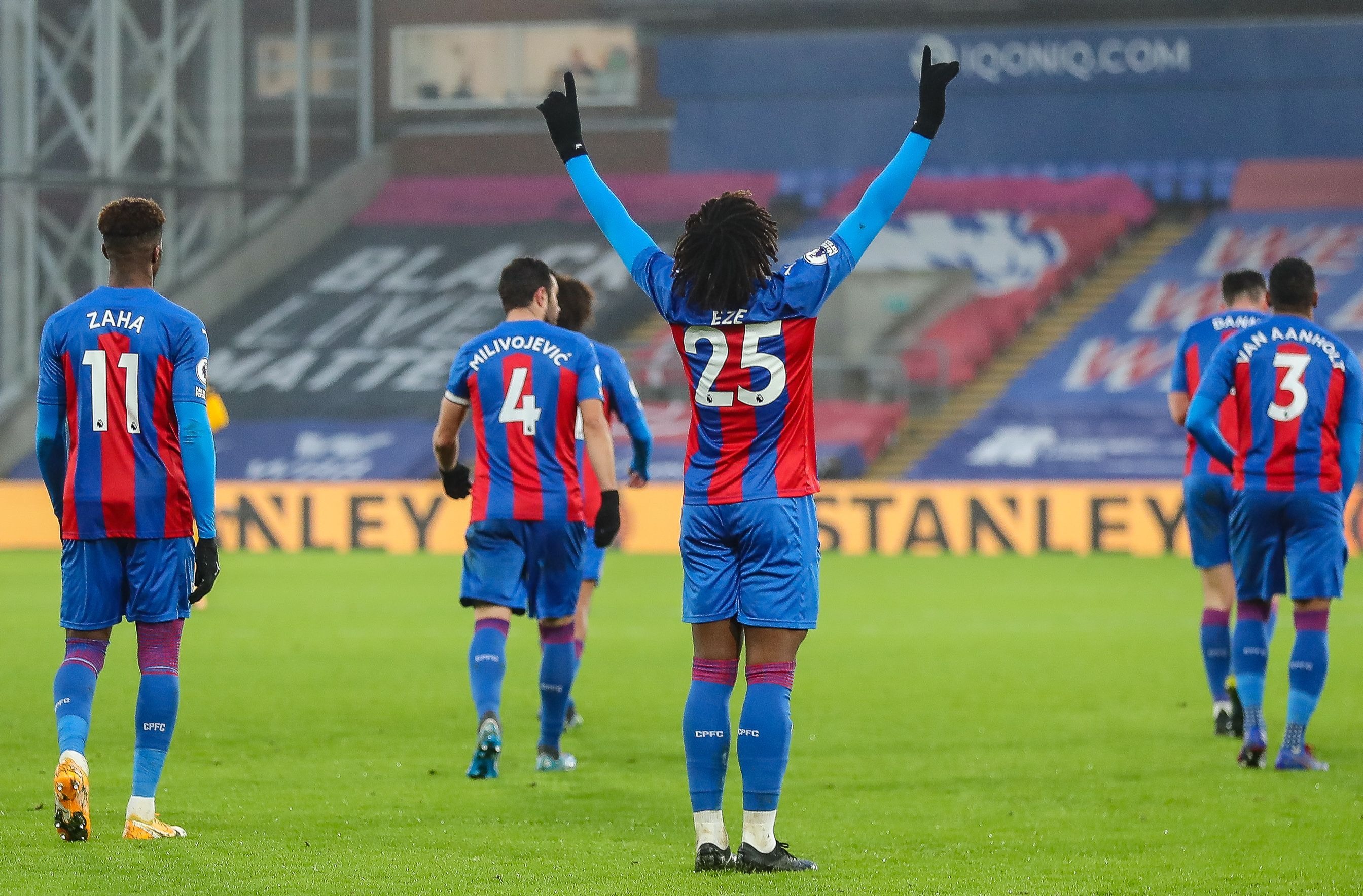 And that was the only serious chance until Clyne’s shot from a similar position three minutes before half-time was half-blocked by Wolves skipper Conor Coady and Michy Batshuayi turned the ball over close range.

The visitors enjoyed a lot of the ball but apart from a couple of dangerous crosses they did not threaten the goal in the first half.

Palace replaced the injured James McCarthy with Jairo Riedewal during the interval.

Then in the 56th minute there was finally a shot on target as Wolves new boy Jose’s half-volley from Daniel Podence’s cross was brilliantly tipped over by Palace keeper Vicente Guaita in a move totally out of keeping with the dross served up earlier.

But that seemed to spark both sets of players into life and three minutes later Palace took the lead with their first effort on target.

A fine break ended with Jordan Ayew teeing up Eze on the edge of the box and the midfielder made no mistake with a crisp low finish past Patricio in the Wolves goal. 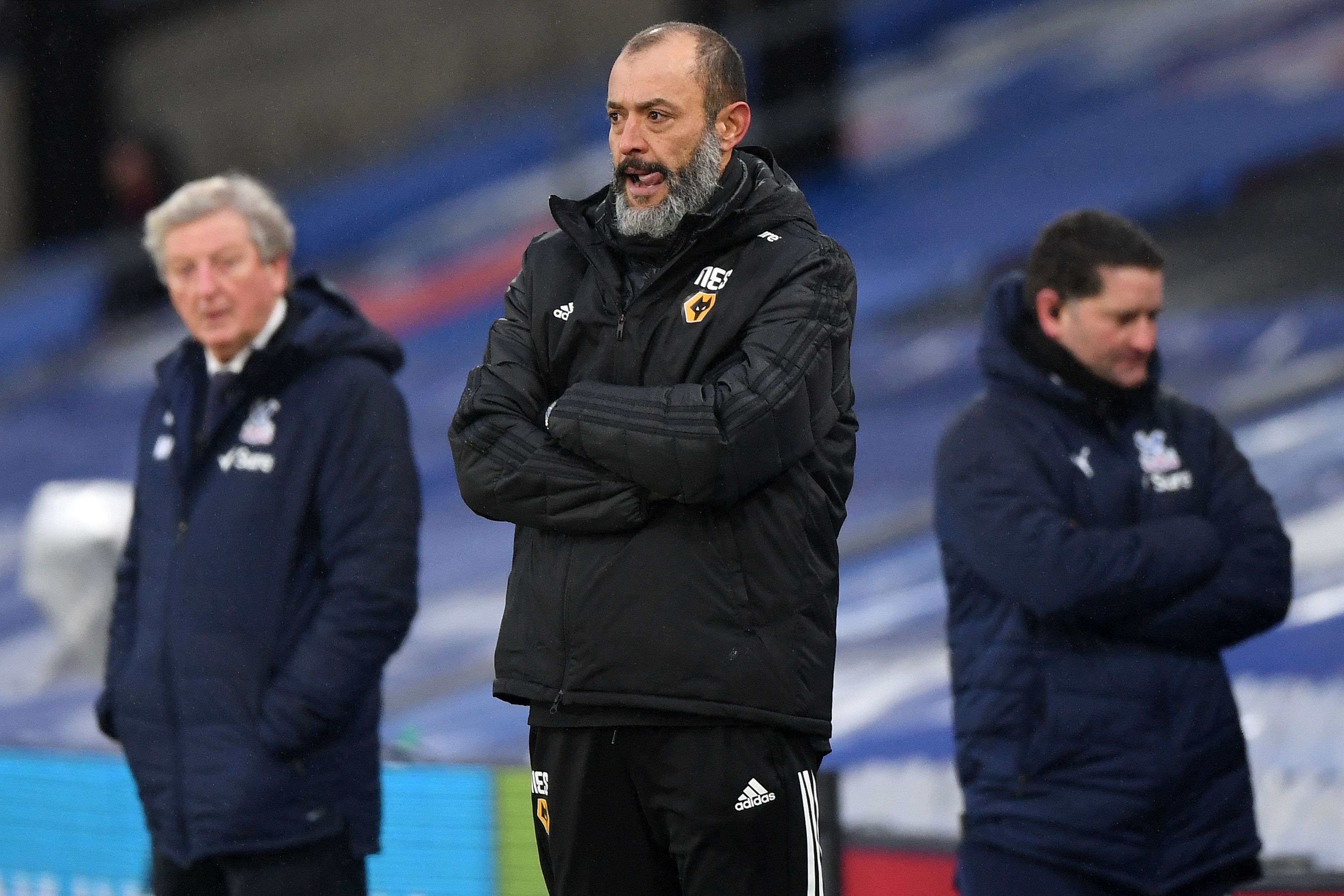 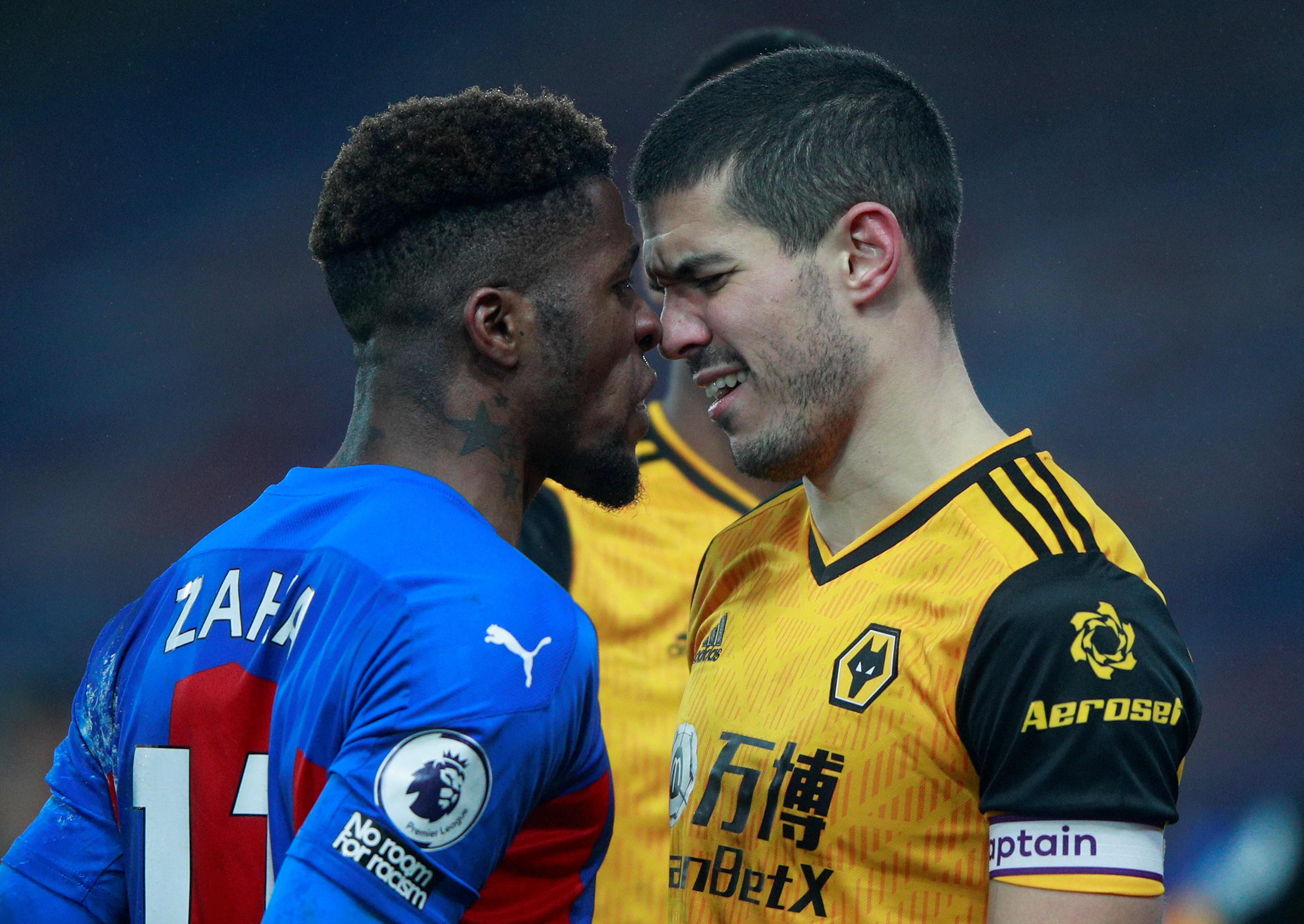 It was Eze’s third goal for the south Londoners since his £19.5million summer switch from Rangers.

Wilfried Zaha almost added a second when his shot cannoned back off the bar.

But Palace had Spanish stopper Guaita to thank for the keeping hold of the win as he pulled off an excellent save to keep out Jose’s header before getting himself behind Pedro Neto’s near-post drive.