CRISTIANO RONALDO broke down in tears as Portugal were dumped out of the World Cup by Morocco following a shock win.

The axed Manchester United star came off the bench in the second half having been left out from the off for the second game in a row. 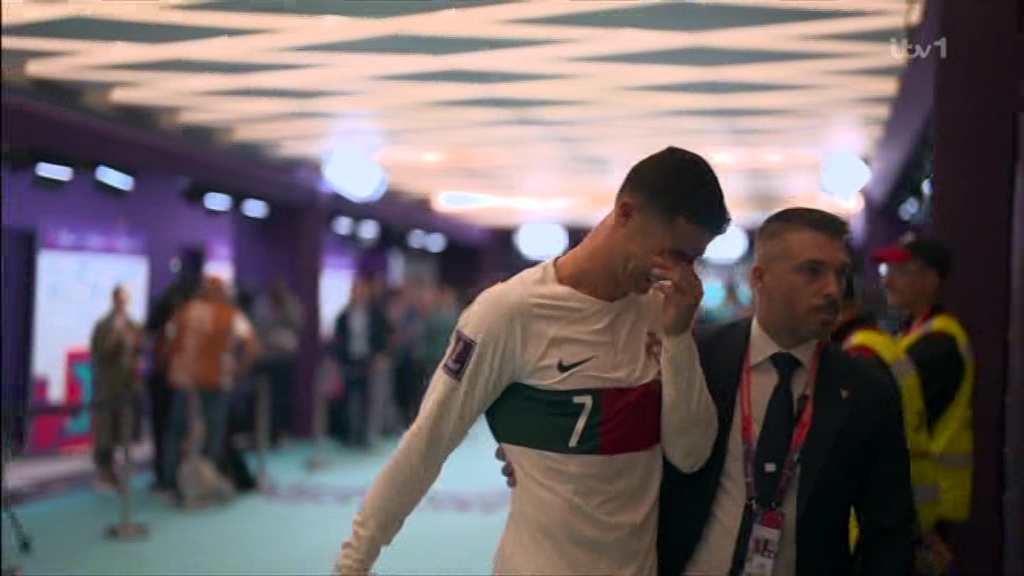 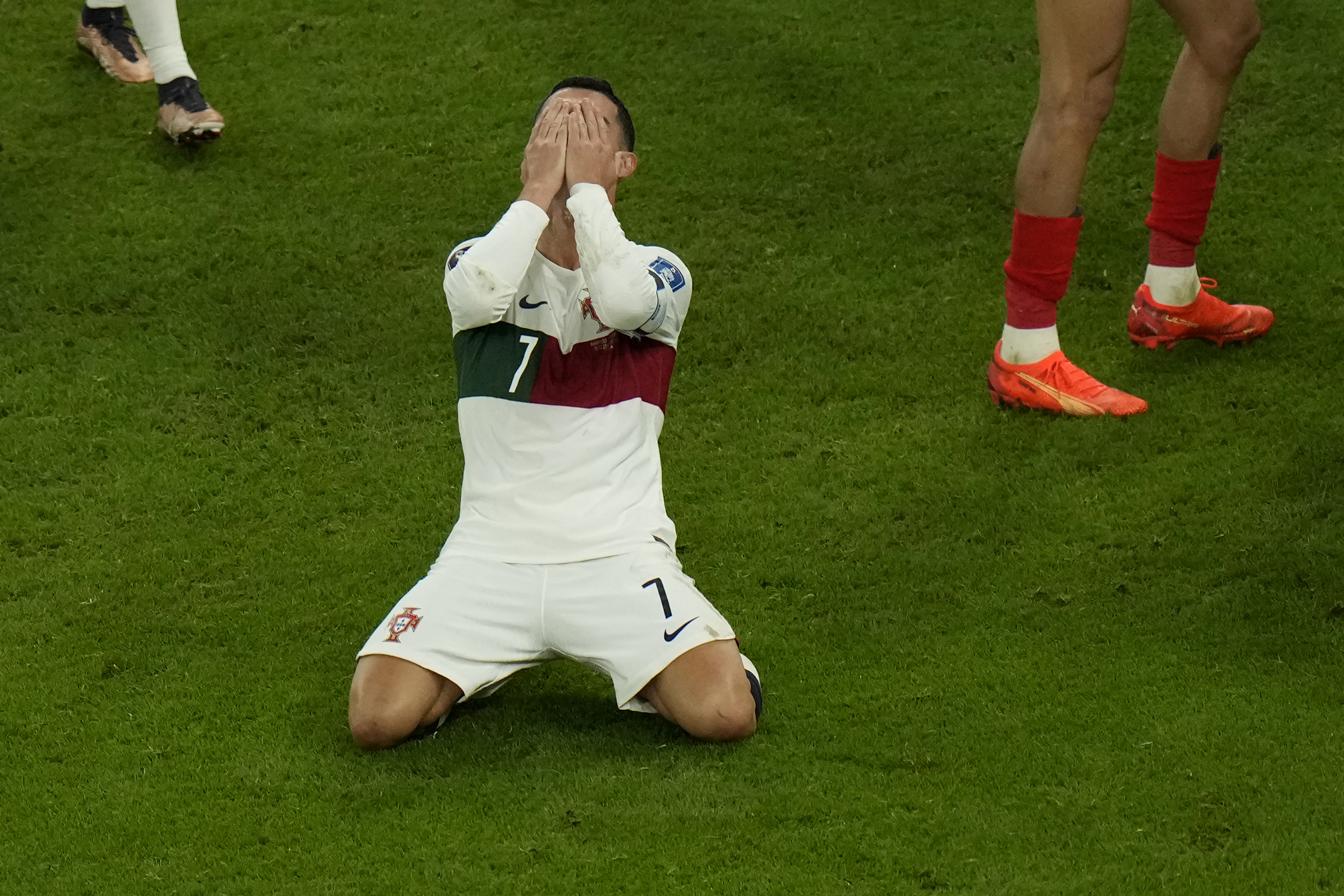 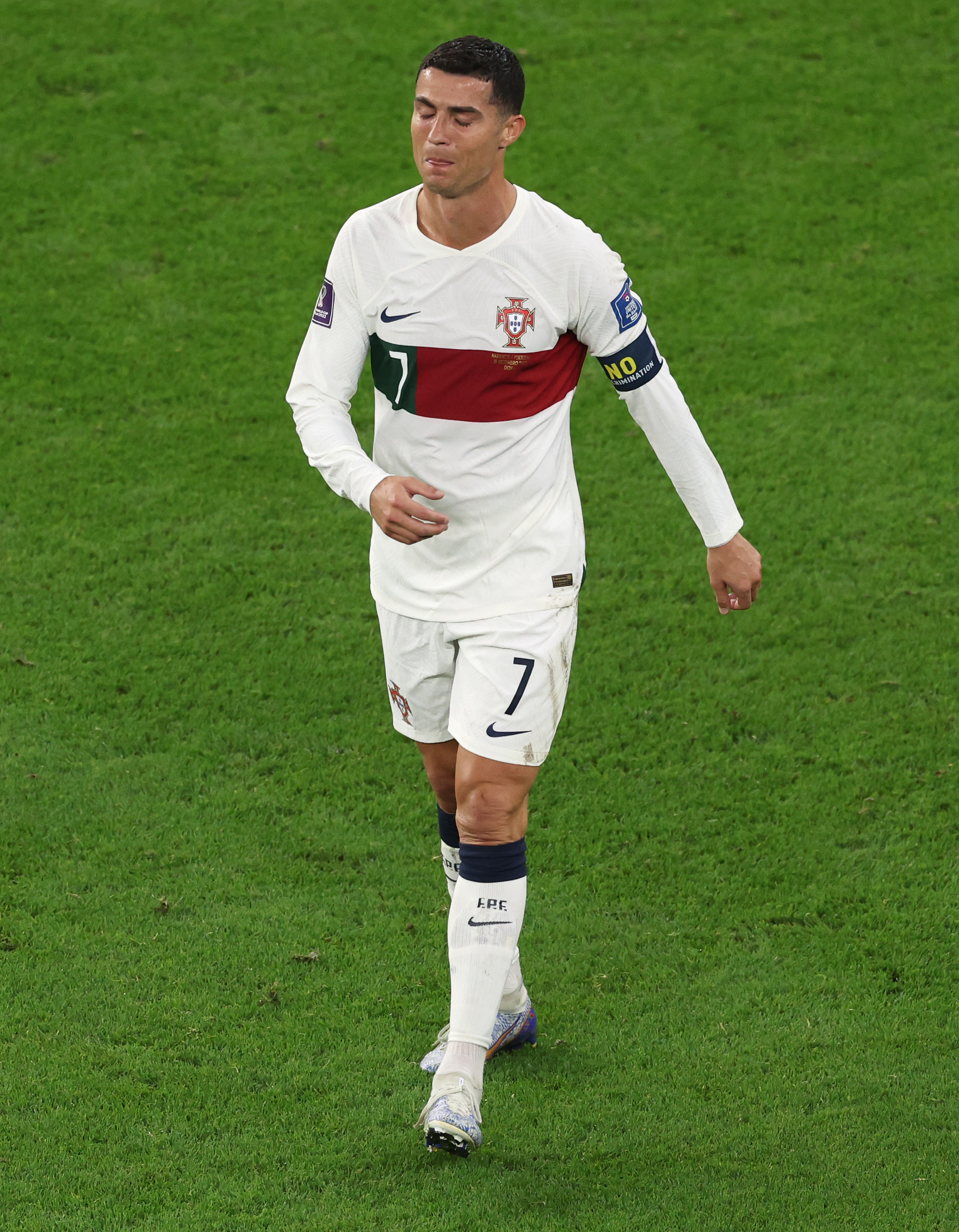 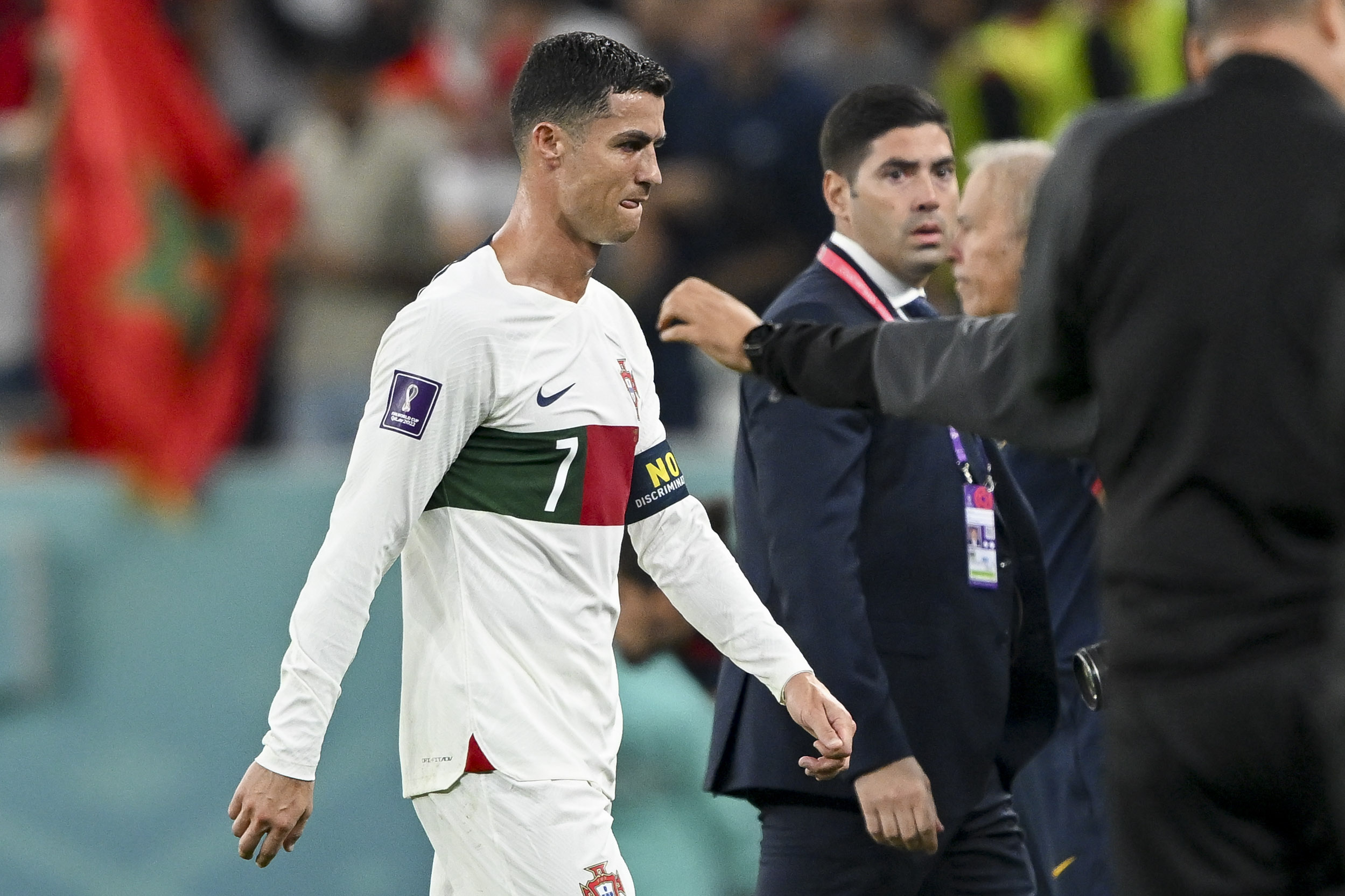 But Ronaldo was unable to inspire his side back to level terms as Youssef En-Nesyri's 42 minute opener settled the sides.

For Morocco, they made history as the first African side to reach a World Cup semi-final.

But for Ronaldo, it was heartbreak as he failed in what he warned would be his final crack at football's greatest prize.

The legendary forward, 37, squandered a late chance in added time when his right-footed effort was drilled low into keeper Yassine Bounou's hands.

Sterling RETURNS to training, Brazil OUT on pens but Argentina go through

And at the final whistle, while his team-mates acknowledged the fans and congratulated the celebrating Moroccans, Ronaldo walked off down the tunnel in floods of tears.

A cameraman followed him as he walked off from the World Cup sobbing.

Now Ronaldo returns home – without a club having left United while on international duty in Qatar – after making history in the Middle East.

He scored in Portugal's opening game, from the penalty spot, to record goals in a record-breaking FIVE World Cups.

It meant he managed to find the net in every tournament he played in, dating back to 2006 when he was just 21.

But in what he admitted before the tournament would likely be his final one, Ronaldo did not hit his usually world-class heights.

His campaign started by leaving United following his explosive interview with The Sun's Piers Morgan, in which he criticised the club.

Ronaldo was then denied a goal in Portugal's 2-0 win over Uruguay, as Fifa deemed he did not get on the end of Bruno Fernandes' cross.

In their next match, Fernando Santos' side were stunned 2-1 by South Korea, where Ronaldo was taken off with 25 minutes to go.

His attitude to being subbed was publicly slammed by Santos and cost the ex-Real Madrid and Juventus man a place in the starting 11.

Ronaldo watched largely from the sidelines as Portugal went on to progress into the last eight by hammering Switzerland 6-1.

He remained benched against Morocco and was only brought on five minutes after the break.

But Ronaldo left the field in tears, being consoled down the tunnel as his World Cup dream faces being over forever. 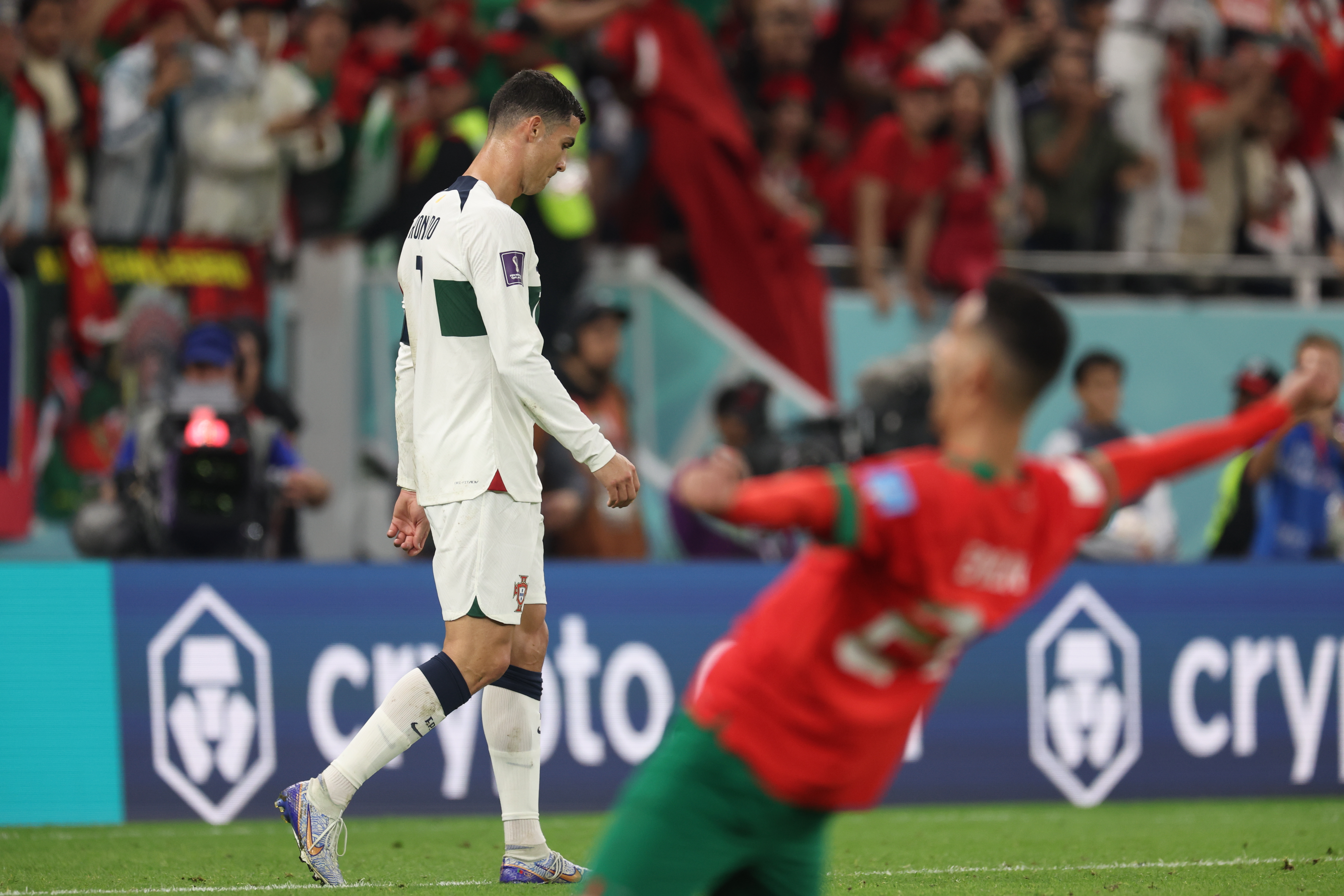 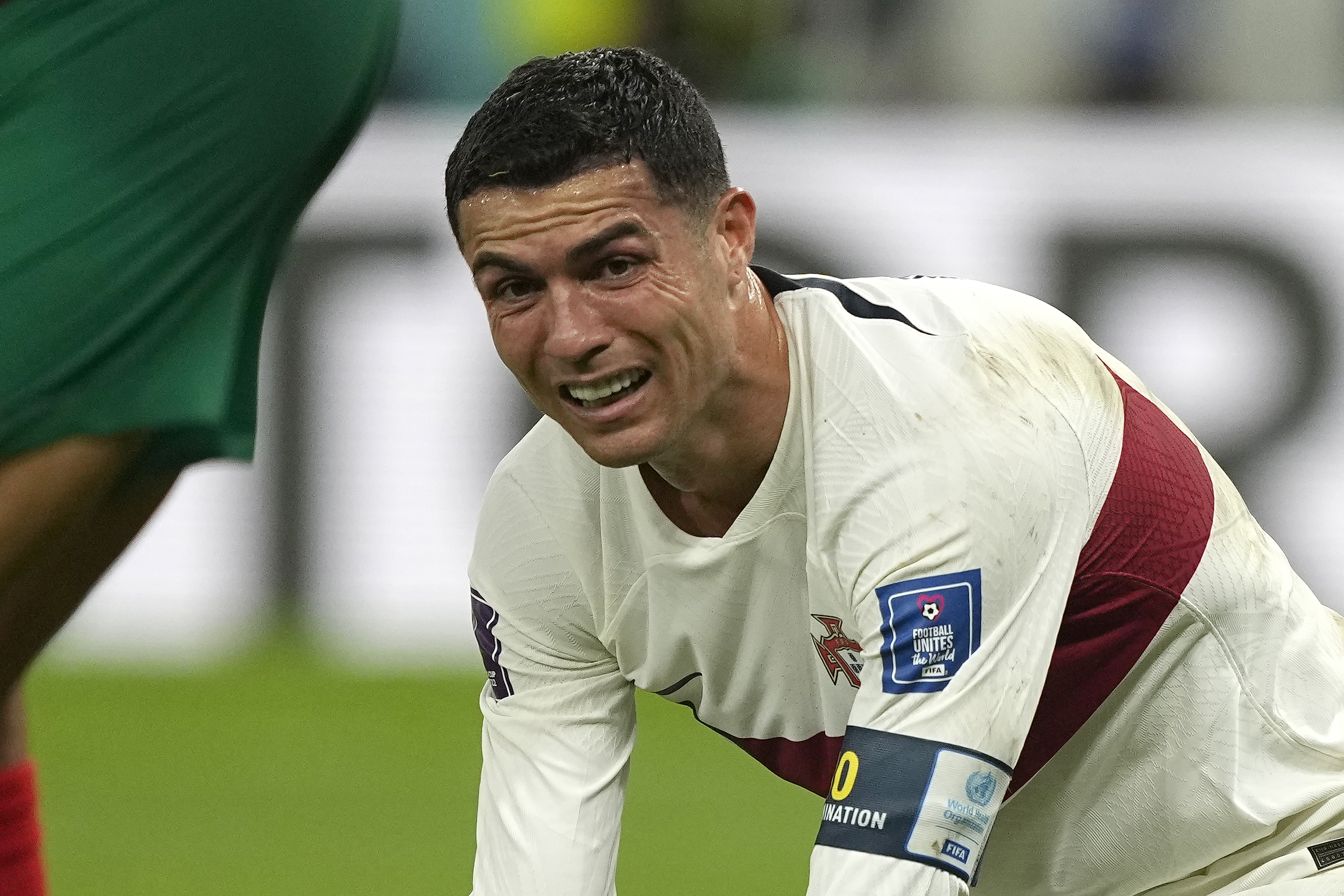