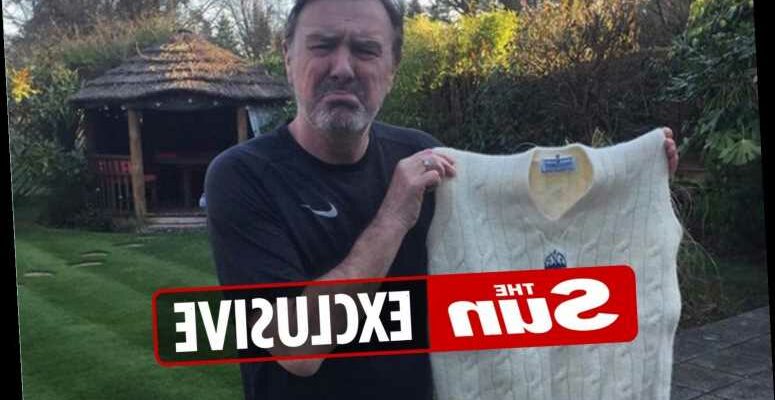 CRICKET legend Phil Tufnell was left spun out when his wife shrunk his first Test match jumper in the wash.

The ex-Question of Sport panellist, 52, found his treasured long-lost sweater in his garden shed. 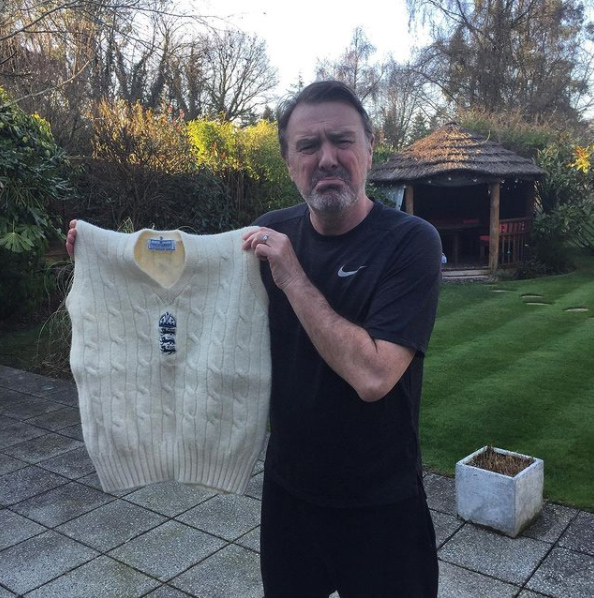 But wife Dawn Brown put the mouldy garment – given to the spin bowler on his debut in 1990 — on a high wash.

A close friend said: “Phil was delighted when he found his first-ever jumper that he played for England in at the bottom of his shed.

“It hadn’t been washed since his playing days over 20 years ago. So Dawn thought it a good idea to put it in the machine as it smelt a bit mouldy. But sadly it went on the high wash and Phil has been left with a tiny jumper that an under-10s player would struggle to get into.

“He’s been joking that he should’ve gone to the dry cleaners.”

Tufnell played in 42 Tests for England, taking 121 wickets, before retiring in 2002. 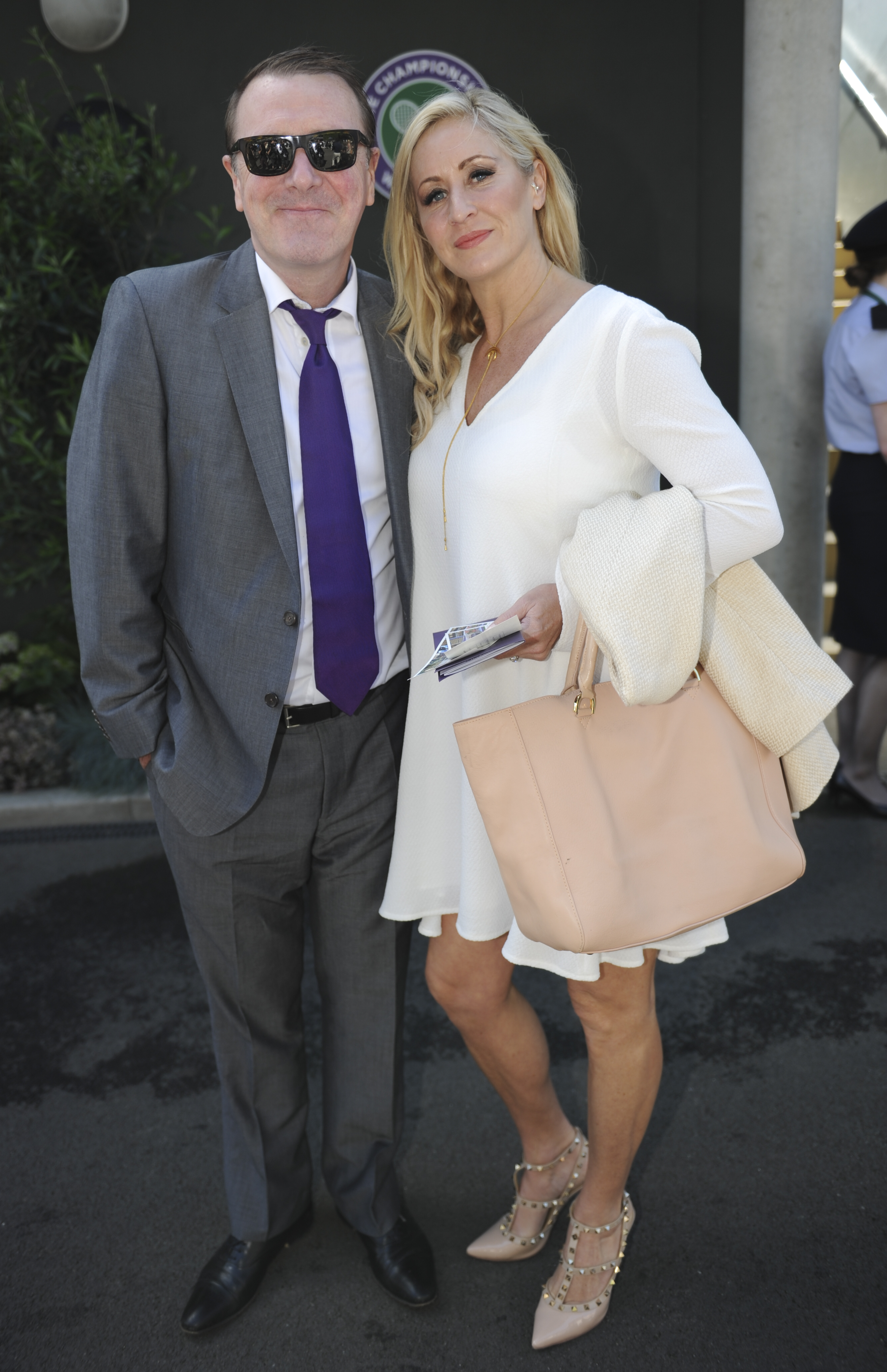 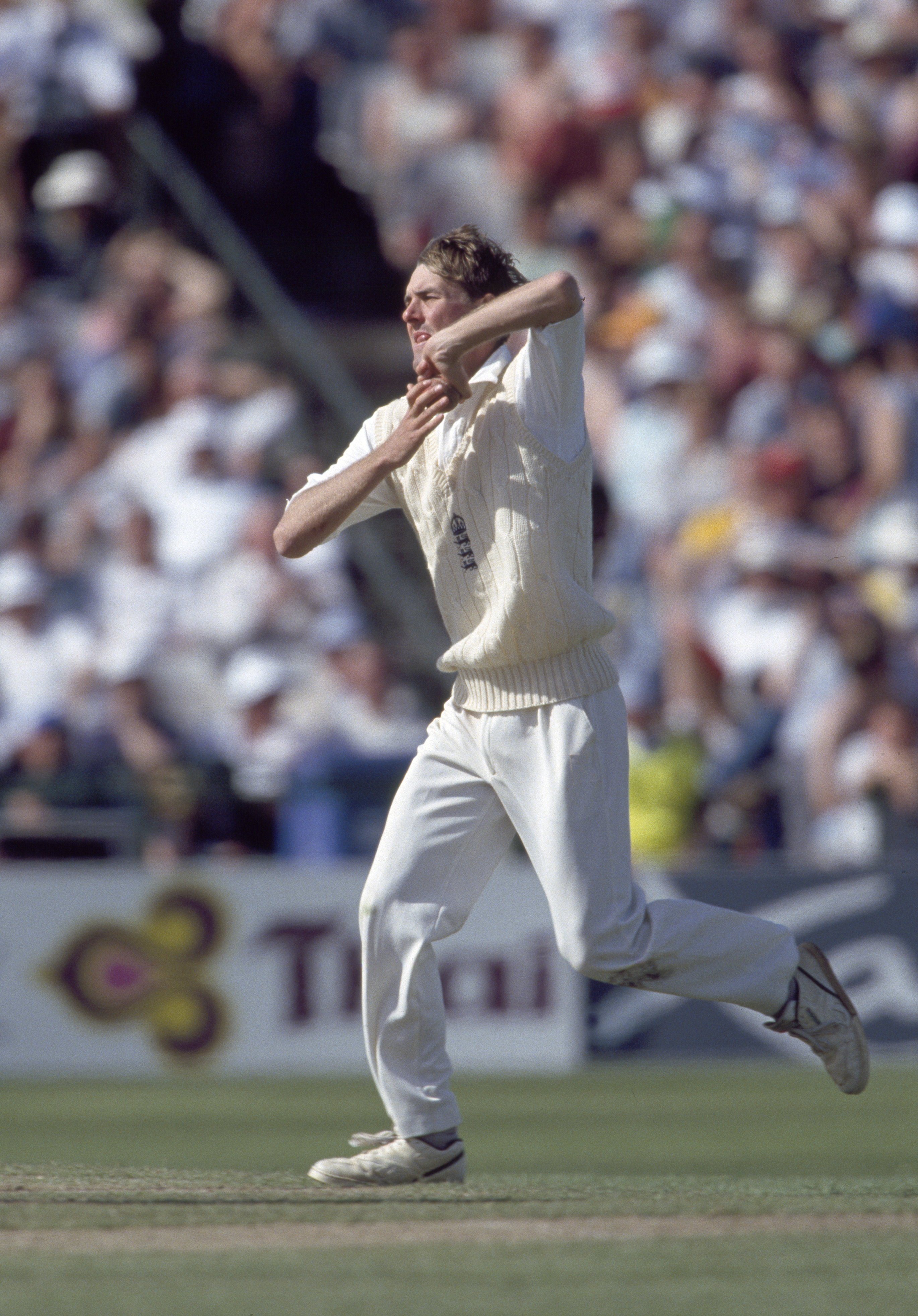 He joined Question of Sport in 2007 before being axed last year.

He said of Dawn, his third wife who he married in 2000: “I met her in the hospitality tent at a charity cricket match I was playing in.

“The two of us got chatting, and I don’t think we have stopped laughing since.”