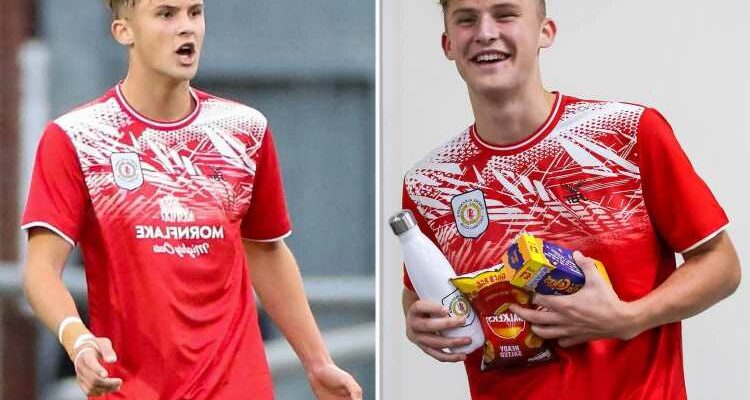 CREWE youngster Zac Williams was awarded Man of the Match in their victory over Gillingham yesterday – and was given Jaffa Cakes as a prize.

Williams, 16, put in an impressive performance in defence for the Railwaymen as they overcame fellow League One strugglers Gillingham 2-0 at Gresty Road. 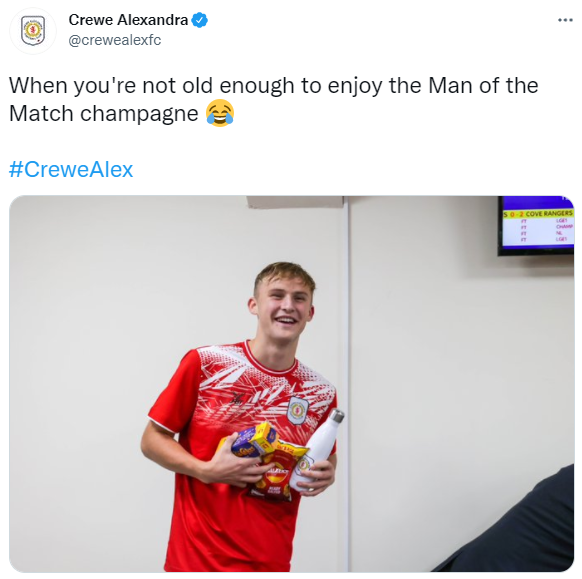 His display earned him the Man of the Match award, he was unable to be given the traditional prize of champagne as he is still underage.

He was instead hilariously given a packet of Jaffa cakes and some ready salted crisps and was pictured looking delighted with his haul post-match.

Williams, whose real name is Michael but is known as Zac by his teammates, has been making a name for himself by captaining Wales' under-16 side.

He has started only once for Crewe before yesterday, featuring in their 3-0 EFL Trophy win over Wolves Under-21s earlier this month.

But could now become a more regular fixture in their backline, with the club in desperate need of inspiration to avoid relegation this season.

Fans took to social media to praise Williams' performance, with @Will_Barnes95 commenting: "Years ahead of his age. Looked like he has been playing at this level for years!"

Another added: "Fantastic performance. As well as the whole team. Now to build on that for next game."

The club are currently rock bottom of League One, with their victory against Gillingham just their second of the season.

Before yesterday, Crewe hadn't won in the league since mid-September and will need a huge second half of the season to beat the drop down to League Two.

The win takes them to five points off Gillingham in 20th, and they face tough away trips to Wimbledon and Ipswich on Tuesday and Sunday this week.

The club were promoted back to the third tier of English football in 2019-20 based on average points per game after the League Two season was cut due to Covid-19.

And had a good first season back in League One last year, finishing 12th, with former Gillingham striker Mikel Mandron their top scorer with 11 goals.

But manager David Artell has a job on his hands to turn the club's poor form around, but will no doubt be delighted with Williams' performance yesterday and their much-needed win.