New York sports talk radio is regaining one of its most outsized and loudest personalities.

Craig Carton, who served more than a year in jail for his involvement in a Ponzi scheme involving concert tickets to cover his gambling losses, will return to WFAN 660, the station announced Thursday.

Longtime WFAN host Evan Roberts will team up with Carton in the late-afternoon drivetime slot. Roberts' current partner, Joe Beningo, announced his retirement on Wednesday, effective at the end of next week. The first show with Carton and Roberts will be Monday, Nov. 9. They will be on the air 2-7 p.m. Monday-Friday.

Carton rose to prominence by co-hosting Boomer and Carton alongside former NFL quarterback Boomer Esiason on weekdays in the morning for a decade prior to his arrest. Esiason played the straight man ex-athlete role to Carton’s boisterous and sometimes-offensive charlatan schtick. 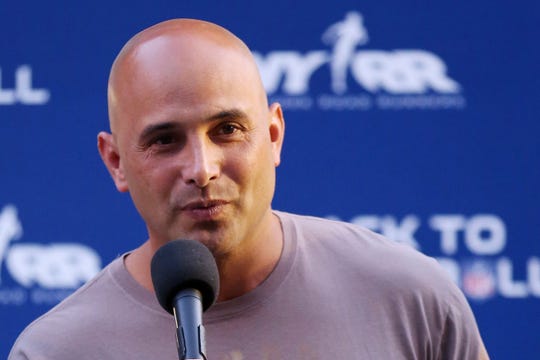 Craig Carton is returning to the airwaves on WFAN. (Photo: John Minchillo, AP)

FBI officials arrested Carton on Sept. 6, 2017, and a federal indictment charged him with wire fraud, securities fraud and conspiracy. The charges carried a maximum imprisonment of 45 years, but Carton was sentenced to three-and-a-half years. He served slightly more than one year in a federal penitentiary before his release in June.

NBA MOCK DRAFT: Is LaMelo Ball worth the risk as the No. 1 pick?

Carton began a podcast while incarcerated and eventually hosted a daily show on FNTSY Sports Radio Network. The first sign Carton could return to WFAN came when Entercom made Chris Oliviero, a onetime producer for Carton, senior vice president in charge of New York stations.

A HBO documentary that debuted earlier this month described Carton’s descent into gambling addiction that preceded his criminal activity.

Before his radio career in New York, Carton hosted a sports program in Trenton, New Jersey. He and Esiason replaced longtime shock jock Don Imus on the mornings for WFAN after Imus’ racist comments regarding the Rutgers women’s basketball team in 2007.