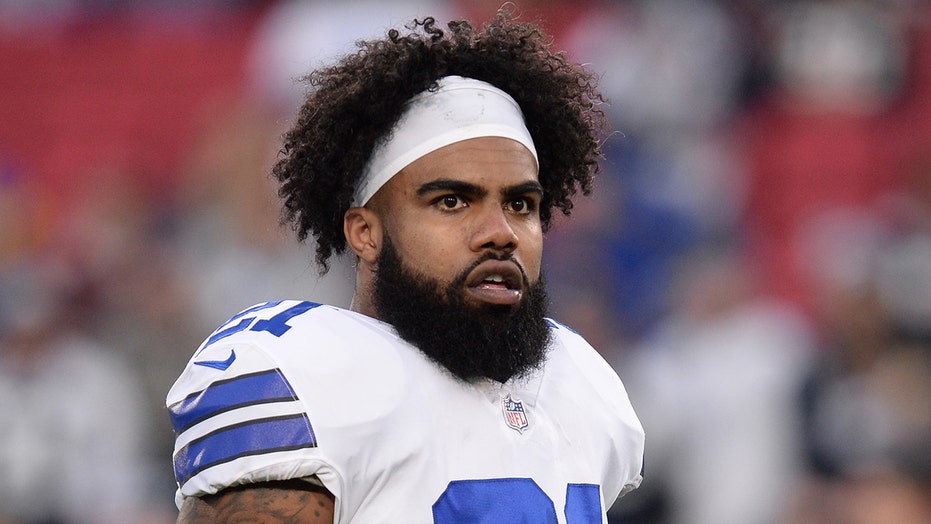 Dallas Cowboys running back Ezekiel Elliott is in trouble again because of his dogs after two people were hospitalized on Thursday after his rottweiler got loose and bit them, according to a report.

Frisco Animal Services, a division of the local police department, reported to the Starwood neighborhood at around 9:30 a.m. over reports of “three loose dogs,” the Dallas Morning News reported, citing law enforcement.

The animals were eventually caught but not before one — a rottweiler belonging to Elliott — was able to bite two people sending them to the hospital with non-life-threatening injuries.

The NFL star was given three animal-at-large citations and the dog involved in the attacks was kept for a 10-day quarantine, according to the report.

An attorney for Elliot denied any wrongdoing at the time the lawsuit was filed.

“Ezekiel was in no way negligent in connection with the alleged incident and intends to vigorously defend the lawsuit,” he said.