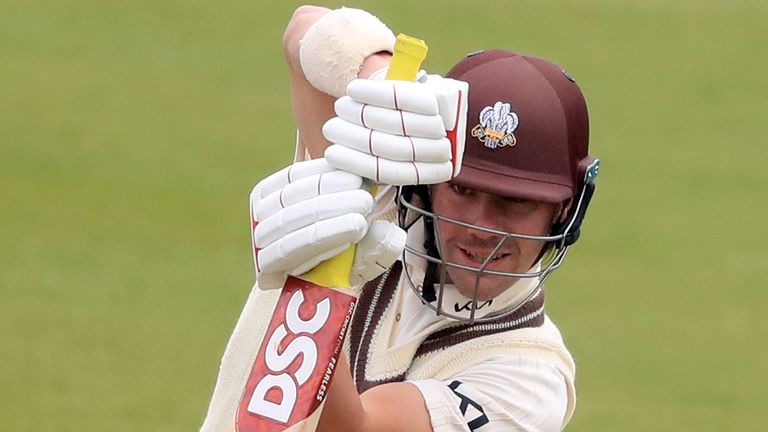 Rory Burns and Mark Stoneman built on an impressive performance from their bowlers as Surrey took control against Middlesex on day three of their LV= Insurance County Championship match at The Kia Oval.

After Kemar Roach and Jordan Clark each took four wickets to dismiss Middlesex for 160 and give Surrey a first-innings lead of 30, Burns (61no) and Stoneman (74no) scored unbeaten fifties in their second century stand of the match as Surrey closed on 135-0 in the Group 2 encounter.

It was the first time since 1991 that Surrey’s openers had scored half-centuries in both innings – England batsman Burns now onto seven fifties for the season – and gave the hosts a 165-run lead heading into the final day, which is live on Sky Sports Cricket from 10.55am on Sunday.

John Simpson (68) was the only Middlesex player to pass fifty, with Martin Andersson (26) the next highest-scoring batsman.

Simpson helped Middlesex rally from 27-4, after West Indies star Roach removed three of the top four, including their out-of-form captain Peter Handscomb (5), who is averaging just 7.5 this season.​​​​​ Rain dashed Hampshire’s pursuit of victory against Leicestershire before the Foxes dug in for a draw rather than pushed for a win after being set 150 from 22 overs late on the final day.

Hampshire skittled Leicestershire – who resumed on 28-5 once play began three hours later than planned at 2pm due to a wet outfield – for 84 in their first innings, with seamer Kyle Abbott (6-47) completing a third straight five-wicket haul. Hants vs Leics scorecard

Leicestershire avoided the follow-on by one run but Hampshire then forfeited their second innings in order to give themselves hope of a win. 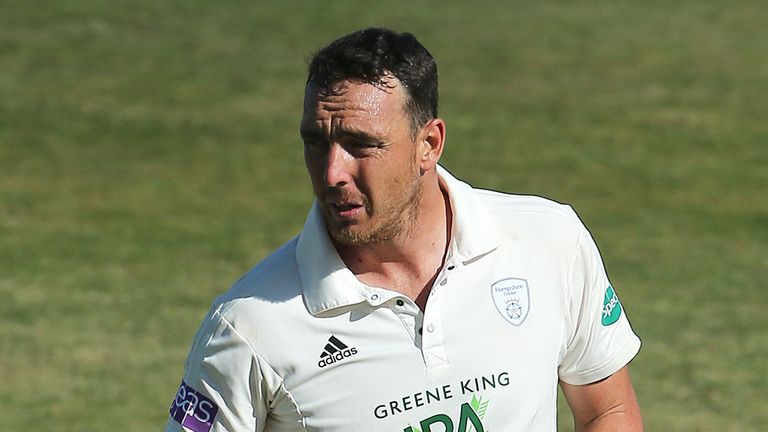 However, Hasan Azad (3no off 55 balls) led a rearguard action alongside Sam Evans (8 off 23) – who became Abbott’s seventh victim of the match – and Marcus Harris (7no off 24) as the away side battled to 26-1 from 17 overs before the players shook hands at 6pm in Southampton.

Hampshire (94 points) are now second in Group 2, sandwiched between table-toppers Gloucestershire (95) and third-placed Somerset (91), who are facing each other in Bristol. Gloucs vs Somerset scorecard

Somerset skipper Tom Abell (132no) completed a superb hundred, putting on 116 with Lewis Gregory (57) for the eighth wicket as the visitors rallied from 176-7 to 300-8 declared.

Gloucestershire then closed on 16-2 from nine overs with one England hopeful, Craig Overton, dismissing Chris Dent for a golden duck and another, James Bracey, out to Josh Davey for just one.

Nottinghamshire harbour hopes of forcing victory over Worcestershire in Group 1 following a day on which Ben Duckett (177no off 196 balls) and Luke Fletcher (5-20 from eight overs) starred. Notts vs Worcs scorecard

After Duckett put on 205 with Lyndon James (78) and then 142 with Steven Mullaney (88 off 73) to propel Notts to 400-8 declared, seamer Fletcher struck three times in an over and five times as Worcestershire lost four wickets for no runs en route to closing on 53-6. Fletcher dismissed Daryl Mitchell (9), Brett D’Oliveira (0) and Riki Wessels (0) all in the eighth over as the visitors tumbled from 21-1 to 21-5 – Stuart Broad starting the collapse by having Tom Fell (10) caught behind.

Fletcher had earlier taken the first wicket of the innings, when he removed former Nottinghamshire opener Jake Libby (2), and he completed his five-for by pinning yet another batsman lbw in Jack Haynes (14).

A triple wicket maiden for the #BulwellBomber!

Elsewhere in Group 1, Durham’s Chris Rushworth – a week after becoming the county’s leading first-class wicket-taker – bagged 6-49 as his side dismissed Derbyshire for 258 before closing on 20-2 with Tom Lees (1) and Ben Raine (0) out to Ben Aitchison. Derbys vs Durham scorecard

Plus, Essex carved out a first-innings lead of 51 over Warwickshire with Sir Alastair Cook (57), Ryan ten Doeschate (56) and Simon Harmer (40no) making valuable contributions as their side scored 217 in reply to Warwickshire’s 166. Essex vs Warks scorecard 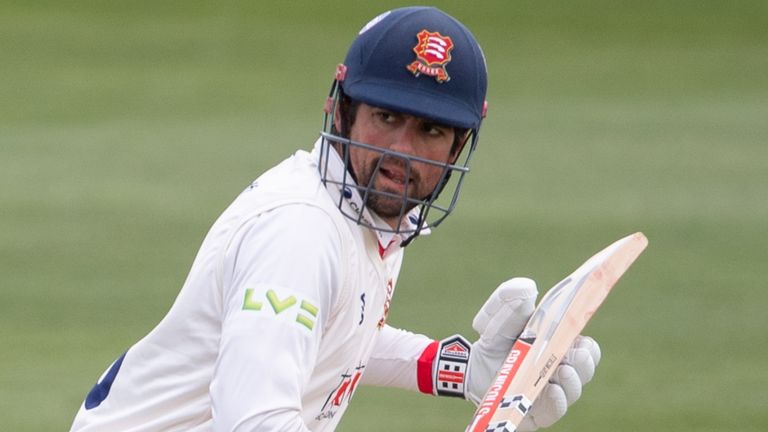 Only 11.2 overs were possible on day three of the Group 3 fixture between Northamptonshire and Lancashire. Northants vs Lancs scorecard

Northants seamer Gareth Berg made the only breakthrough when he had Keaton Jennings (27) caught behind – Lancashire closing on 75-1, with Alex Davies (45no) and Luke Wells (0no) at the crease.

There was even less action at Canterbury in the other Group 3 game between Kent and Glamorgan with only 6.2 overs of play due to a wet outfield and then bad light and rain. Kent vs Glamorgan scorecard

Kent quick Matt Quinn claimed the sole wicket to fall once play began at 5.20pm, bowling Joe Cooke (10), but the players headed off after 25 minutes, with Glamorgan 64-3 in reply to Kent’s 307 all out.

Watch day four of Surrey vs Middlesex, live from 10.55am on Sunday on Sky Sports Cricket.