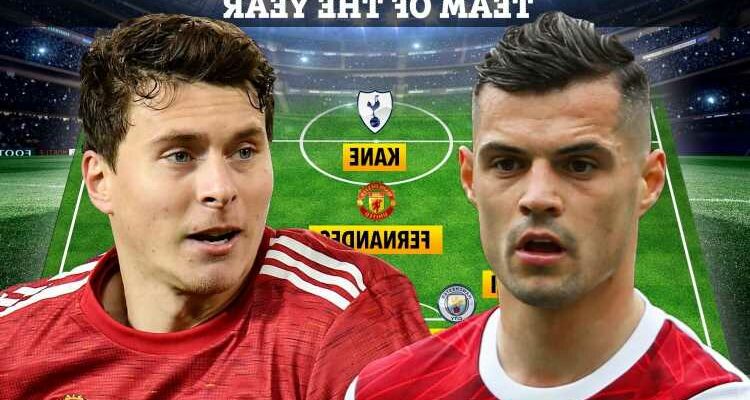 Another top-flight season is in the books with Manchester City reclaiming their title from Liverpool. 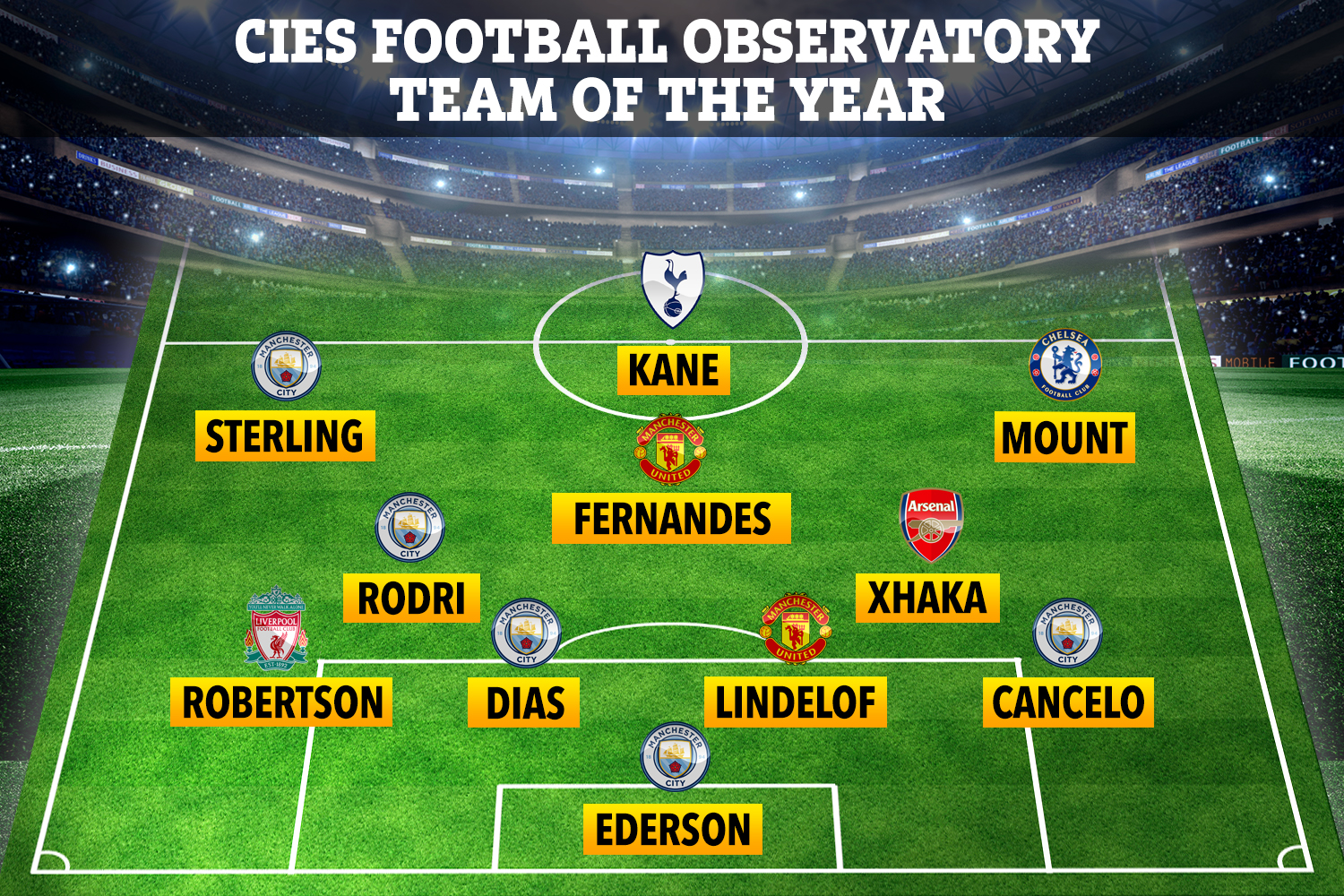 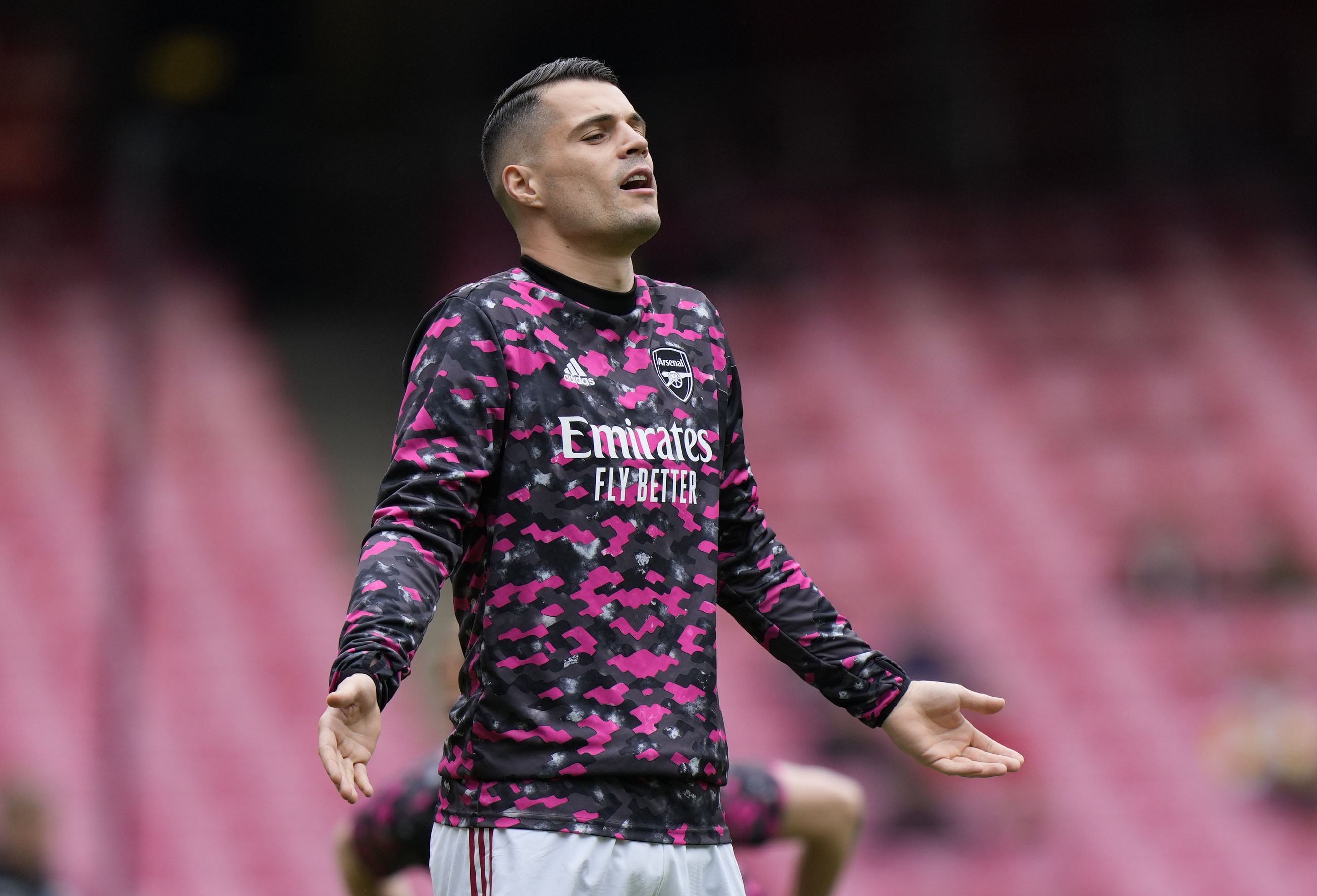 Yet bizarrely, NONE of those star names made CIES Football Observatory's best XI for 2020-21.

Even more astonishingly the team did include the likes of Granit Xhaka and Victor Lindelof.

The analytical company crunched the numbers to decide on their XI, rather than relying on good, old-fashioned opinion.

And after consulting the stats, Lindelof beat the likes of John Stones and Wesley Fofana to join Ruben Dias in the heart of a back four in front of Ederson.

Joao Cancelo fully deserves his spot at right-back, but questions have been raised over the inclusion of Andrew Robertson at left-back.

The Liverpool star has enjoyed another typically impressive season.

But with Shaw enjoying the best season of his career, many have been left flummoxed by his exclusion. 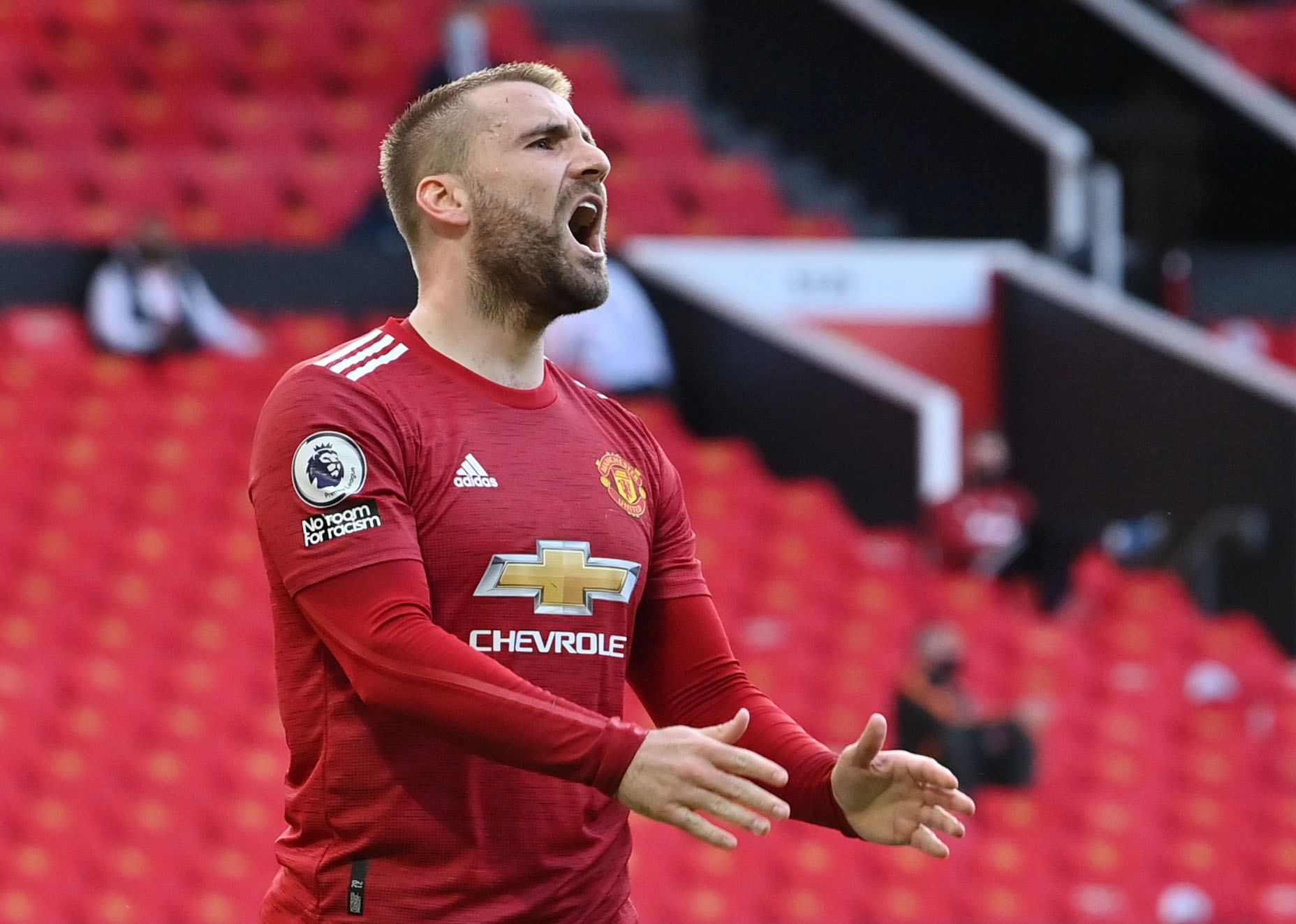 In midfield, there's no room for De Bruyne, Kante, Gundogan or Jack Grealish.

Instead, Rodri is joined by Arsenal man Xhaka with Bruno Fernandes a no-brainer in the No10 role.

On the wings, the likes of Son Heung-min, Riyad Mahrez, Foden and Salah have been left out in favour of Raheem Sterling and Mason Mount.

But while many inclusions are justified, fans have been quick to criticise a number of picks.

Taking to social media, one fan ranted: "How much did Xhaka's agent pay to get him in here?"

Another raged: "No Shaw is damning, cannot take this seriously."

A third roared: "Sterling can’t even get into City team. Mount over Salah? And Lindelof really? Xhaka over Gundogan?"

One even joked: "Does this Football Observatory not observe football?"