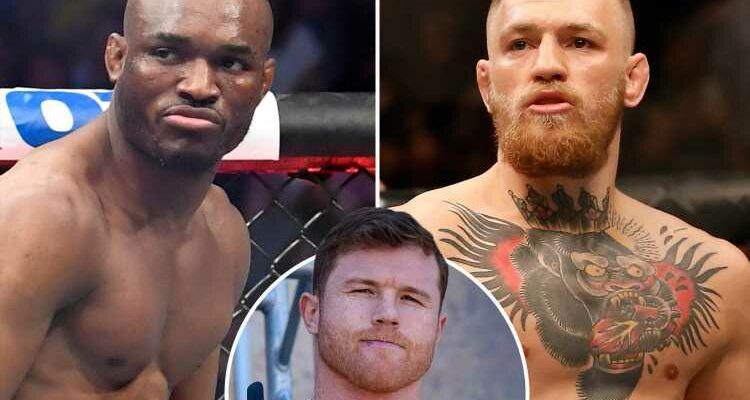 The UFC's poster boy has accused the Nigerian Nightmare of stealing his schtick on multiple occasions. 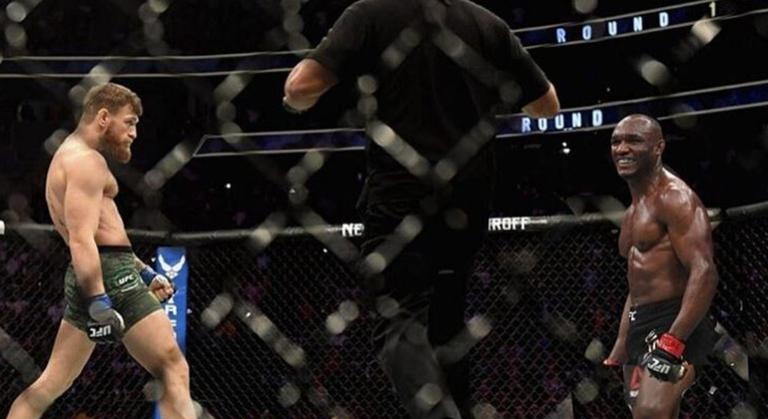 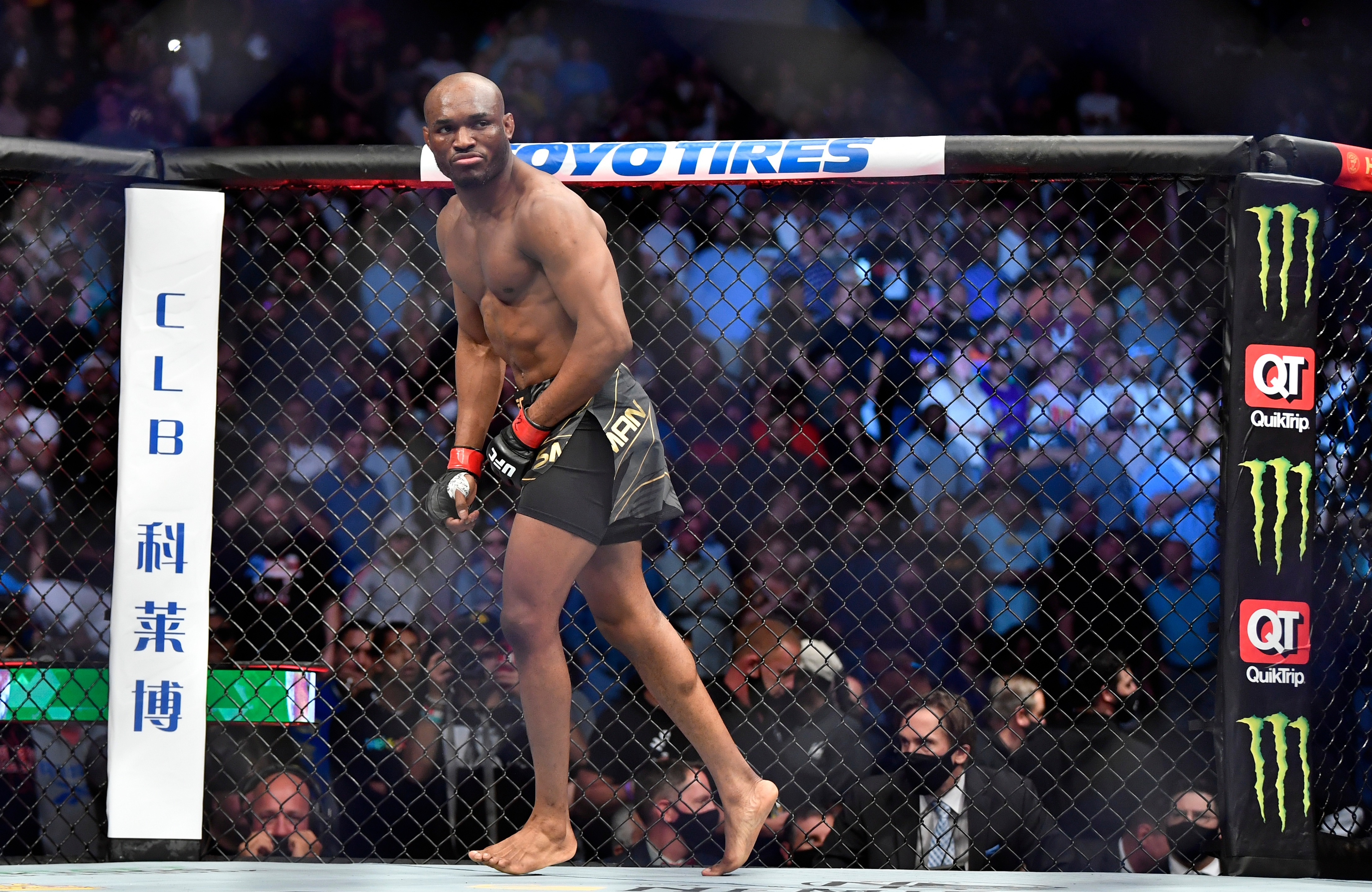 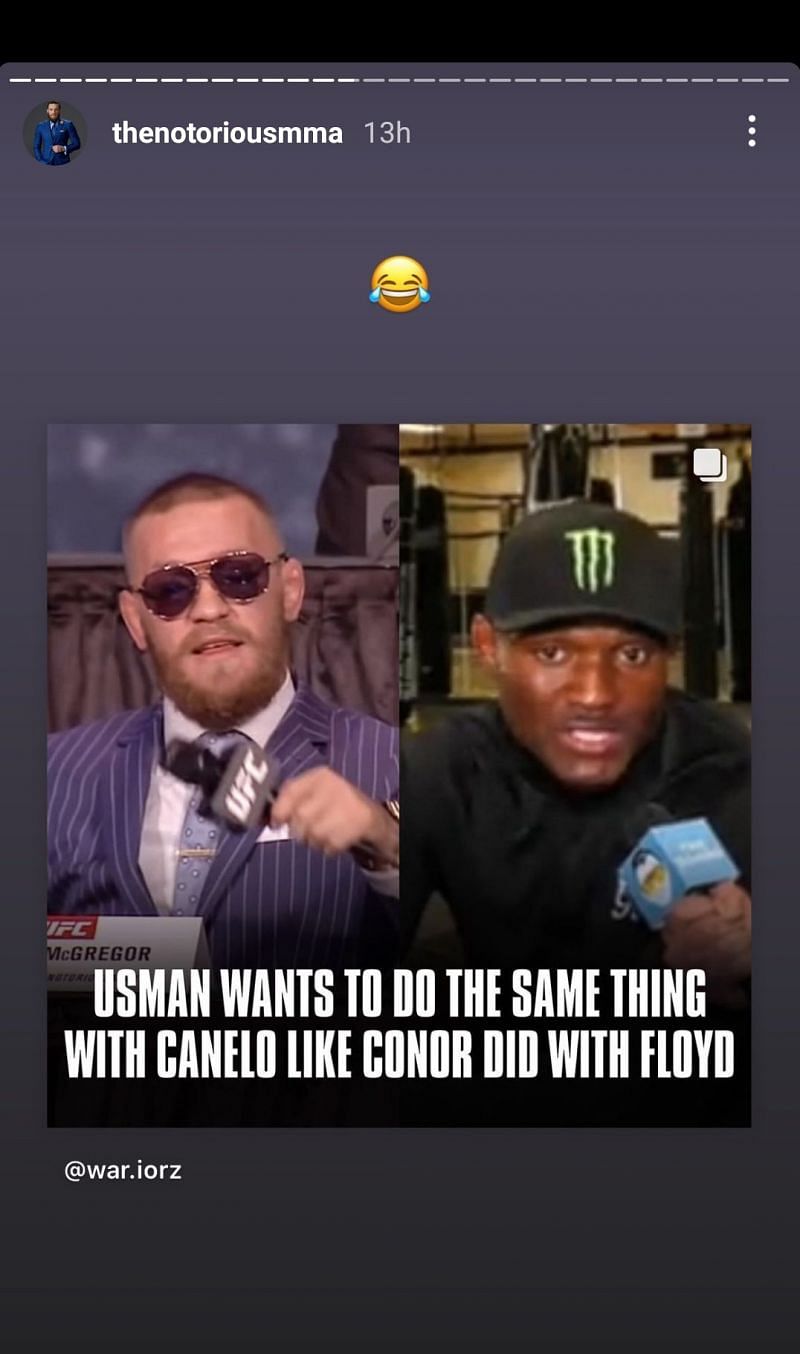 "Am I to fight this guy at some stage? I think so.

Since that tweet, MMA fans have been hot on Usman in case he echoed any of The Notorious' sayings.

And some noticed his recent pitch for a boxing match with Mexican superstar Canelo Alvarez was similar to McGregor's planting of the seed for his mega-money showdown with Floyd Mayweather.

When discussing the welterweight title picture with The Schmo, Usman said: “I might have to go drag Canelo out… you know.

"When he’s done with all these guys that he’s running through.

"So, that might be next if these guys can’t prove that they’re the next number one contender.”

Speaking at the first UFC 205 pre-fight press conference in September 2016, McGregor said: "I’m looking around, I don’t know what anyone else has for me around here.

An MMA fan page put the clips on Instagram and they quickly came to the attention of McGregor, who shared it to his story with a laughing emoji.

McGregor, 33, is currently on the sidelines with the broken leg he suffered in his UFC 264 rubber match with Dustin Poirier in July.

The Irishman is making a faster than expected recovery and is seemingly on course to return to the octagon next year.

Last month, he told Adam's Apple: "I feel like I could kick right now.

“I honestly feel like I could kick right now, but I’ve just got to listen to the doctors, listen to the people that are guiding me. 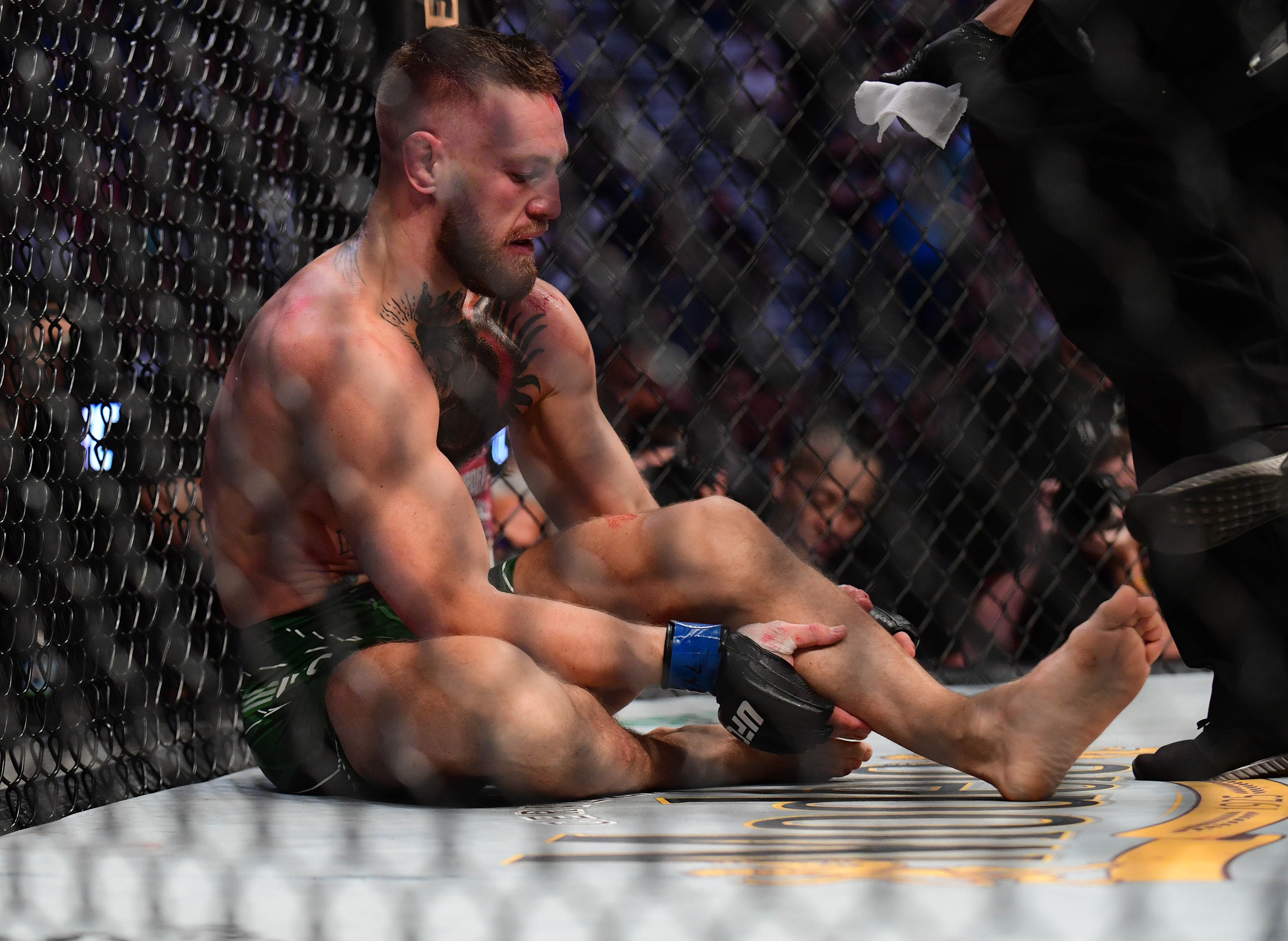 "That’s what I’ve done so far, I’ve committed myself to the work and I’m back on the feet.

Usman, meanwhile, is preparing for a welterweight title grudge match against bitter rival Colby Covington, which will headline UFC 268 on November 6.