CONOR MCGREGOR earned a staggering £40,000-a-SECOND for his brutal KO loss to Dustin Poirier at UFC 257.

The 32-year-old Irishman was destroyed in the second-round after being put out cold on Fight Island in Abu Dhabi. 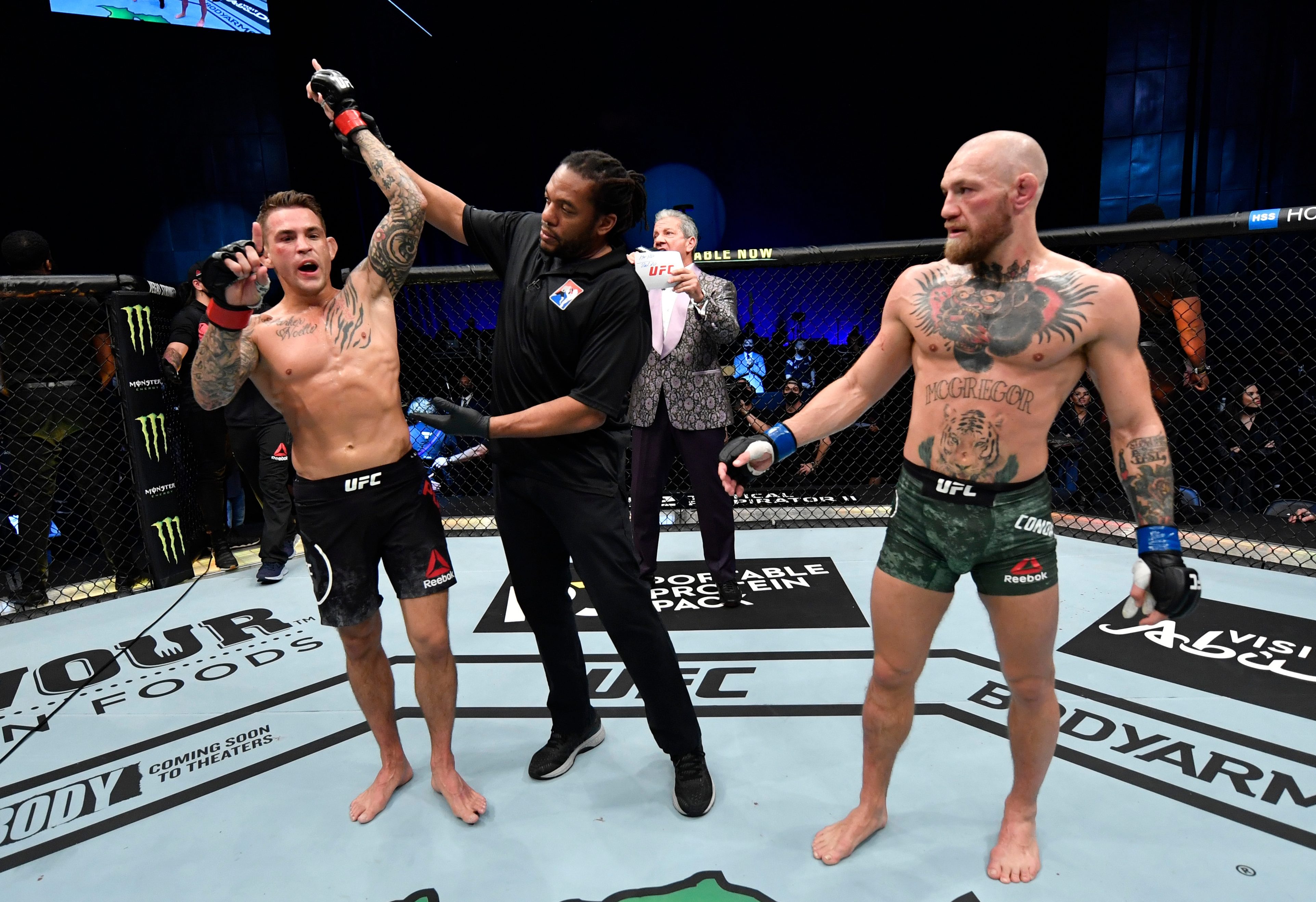 He started well, before being overcome by his American opponent's leg kicks and then incredible punch-combo stoppage.

The Dubliner might have lost – to take his record to 22-5 – but his bank balance got another healthy hit.

McGregor is understood to have landed around £18m for the bout, including purse and pay-per-view numbers.

That equates to a mind-blowing £2.4m-per-minute, or £40,000-a-second, dwarfing most fighters earnings.

He got around £3.65m just for walking into the Octagon overnight, more than most in a lifetime.

It was then topped up as PPV figures across the world look to have continued to stay high.

Compared to McGregor's earnings, Poirier landed just £730,000 for turning up on Fight Island.

He will also get a boost when the pay-per-view figures coming back in the coming weeks.

McGregor is no stranger to large cash windfalls for short-nights work, after KOing Donald Cerrone in 40-seconds a year ago.