CONOR McGREGOR and Dee Devlin were mobbed by a large crowd of fans as their Italian trip continued.

The couple are currently in Rome as they prepare for the christening of their youngest child Rian in the Vatican as well as the collection of McGregor's luxurious superyacht. 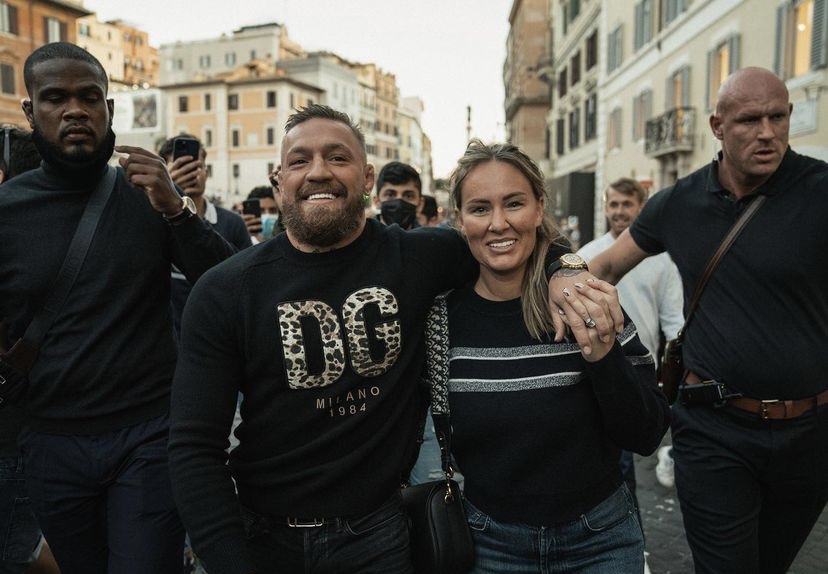 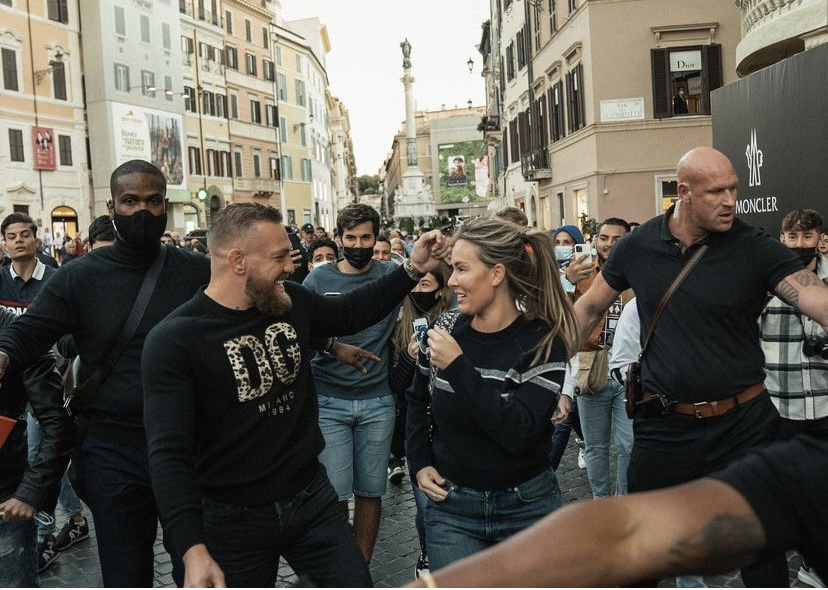 McGregor took to his Instagram to show the large crowd of fans who took to the streets to catch a glimpse of the MMA superstar.

Wearing a black Dolce & Gabbana jumper with the iconic logo in leopard print, McGregor was all smiles as he and fiancé Devlin took a stroll through the Italian capital.

Many of the McGregor family have flown to Rome for the christening, Conor uploaded a photo of him and his mother Margaret enjoying their time in Italy.

He said: "With the creator of my world my beautiful mother Margaret, in Rome, Italy."

McGregor shocked fans around the world when he announced an end to his eventful time across the Atlantic in America for an Italian adventure. 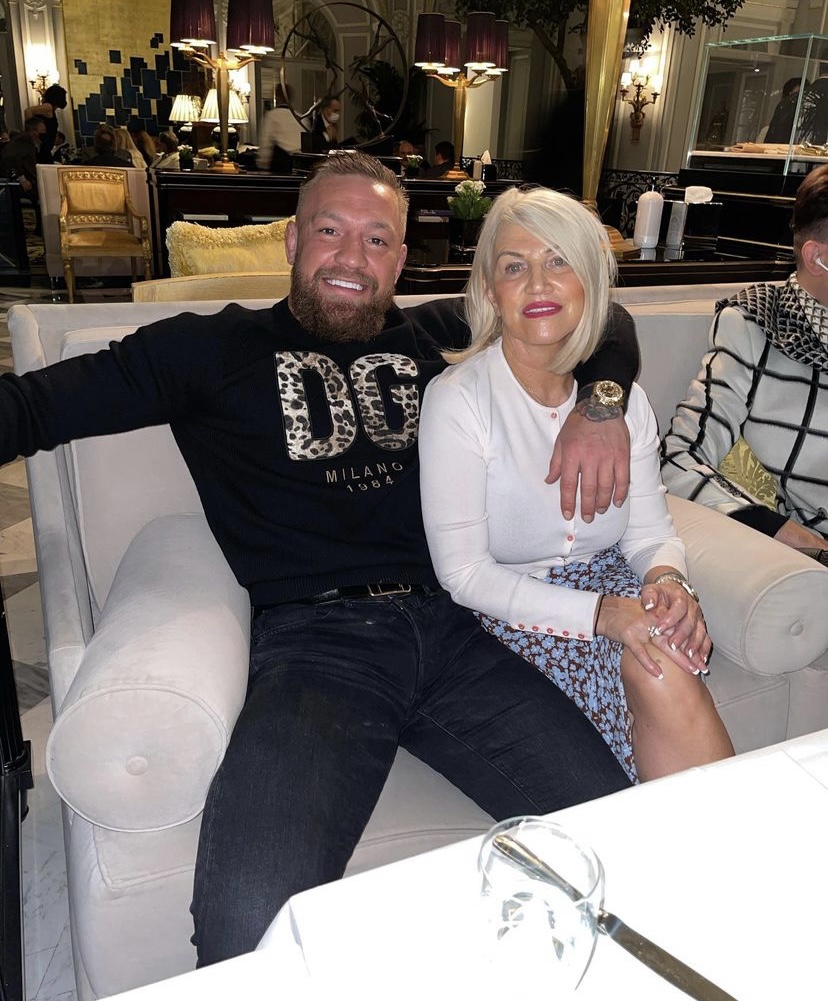 He said: "A lovely Proper Twelve weekend I am going to have. Tonight and tomorrow. Enjoyment. Relaxation. Optimism!

"My last weekend in the U.S before I head to Italy to christen my son Rían in the Vatican and to take delivery of my new Lamborghini yacht too. Fun times!"

The 19-metre long Lamborghini Tecnomar 63, dubbed the 'Supercar of the Seas' set the star back €3.125 million and has been ready for delivery since July.

While his boat was waiting for him in Rome, McGregor enjoyed a rather hectic spell in the US and returned to partial training as he recovers from his leg break.

Following his spell in Italy, McGregor will be returning back to Ireland in the next few weeks