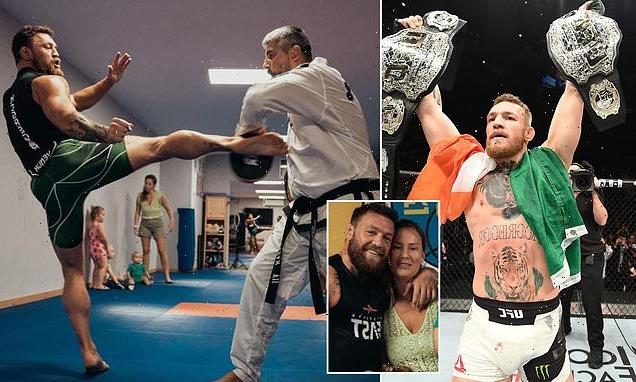 Conor McGregor has admitted that he can not kick to his best ability in order to get back into the octagon.

The UFC fighter is in the last stages of his recovery of a broken leg that he suffered in his third fight against Dustin Poirer last July.

The 34-year-old has recently started kicking with his injured leg again, although he knows that it is not at the required level to make him a threat to his opponents. 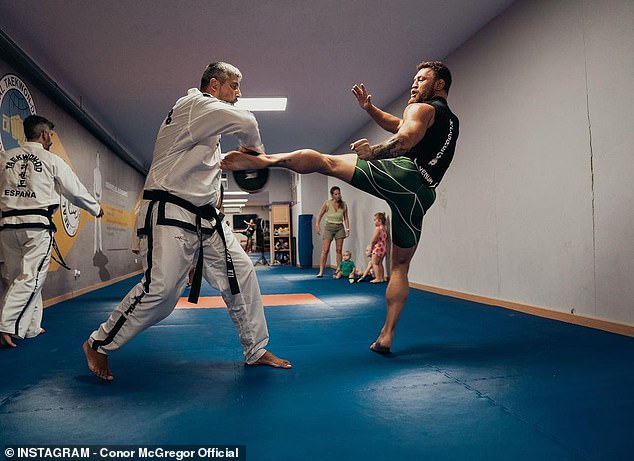 He released pictures of himself training on Instagram from a recent trip to Mallorca, Spain.

The Notorious wrote the accompanying message with the pictures outlying his issues.

He said: ‘If you can’t hold your leg out straight at high kick level and maintain your balance and control here, you can’t kick to the absolute level that you can kick at.

‘I cannot yet kick to the absolute level I can kick it. But I’m aware of where I need to go. Awareness is half the battle won in combat.’ 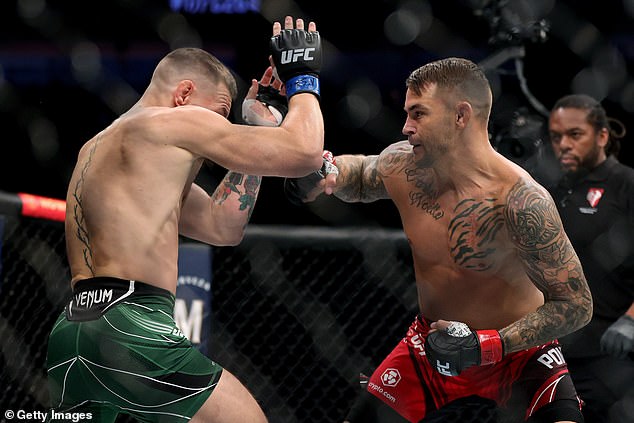 McGregor was expected to be on course to make his return to the octagon this autumn, but the setback could delay his comeback until next year.

He has not kept his eyes away from the battles during his absence and believes that he is ‘levels above’ the opponents that he will be fighting against soon, going as far to call them ‘all garbage’.

He said: ‘I’ve the awareness that still despite all I am levels above all of those in my radar space of future fighting opponents.

‘Let me tell you something: The first person I’m back fighting here is getting kicked around that cage. You are all garbage. 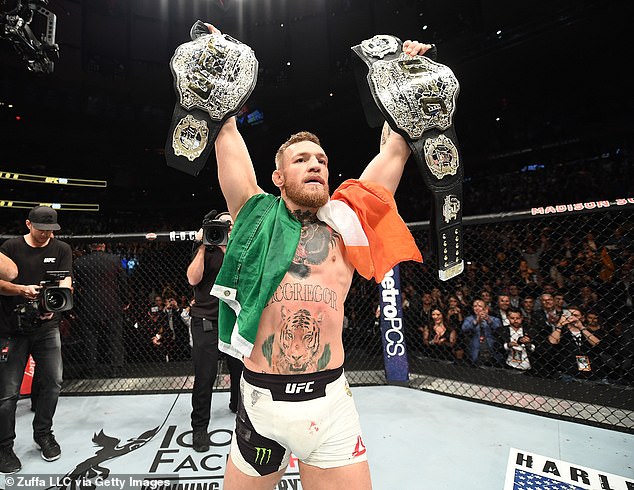 ‘You may have a little yup the yard kick in your arsenal but it’s not at the speed, the power, the length and the control that it could be.’

Head coach John Kavanagh thinks that McGregor will be a threat when he makes his eventual return to the cage after a recent training session in mixed martial arts at the SGB Ireland in Dublin.

He told the BBC: ‘He’s healthy, happy and it’s great to have him back.

‘The last few sessions in the gym here were MMA-orientated – he’s got the all-clear for that now. He did a great session last night, we got some great rounds in. He hasn’t lost a beat and was looking great.

‘Trust me, I got to have a bit of a wrestle with him last night and I felt it… When that silverback arm goes around your neck there’s a bit of an extra squeeze there… he’s very, very strong at the moment.’