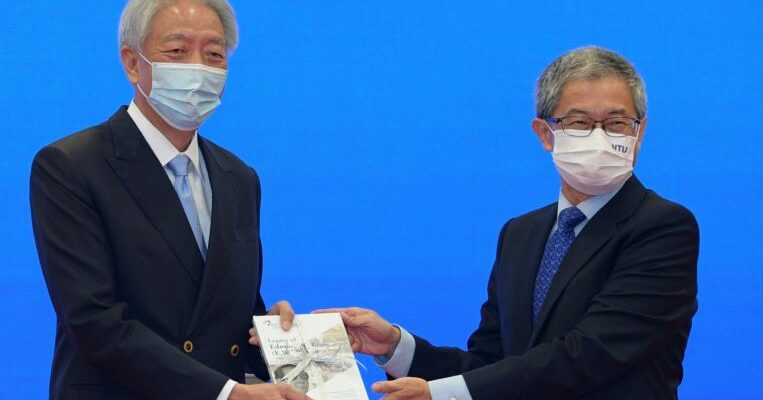 SINGAPORE – To commemorate former minister E.W. Barker’s legacy, his family and the Physical Education and Sports Science (PESS) Academic Group on Tuesday (Oct 12) launched a book that chronicles significant milestones in his life.

Associate Professor Koh Koon Teck, head of the PESS, which is part of the National Institute of Education (NIE), said: “We hope this book will inspire readers to see how one person’s dedication can have a lasting legacy and impact on sports development and advancement in Singapore.”

The late Mr Barker was Singapore’s first law minister in 1964 and the longest-serving president of the Singapore National Olympic Council (1970 to 1990) among other portfolios. He was also known as an avid sportsman, and took part in many sports including hockey, cricket, football, rugby, tennis and athletics.

For his contributions to sport, he received the Distinguished Service Award by the United States Sports Academy in 1983, and was also the first Singaporean to be awarded the Olympic Order (Silver) by the International Olympic Committee.

The E.W. Barker Professorship and Scholarship Fund was established in 2002, a year after his death.

At a ceremony to celebrate the launch of the book at the Nanyang Technological University, guest of honour Teo Chee Hean, Senior Minister and Coordinating Minister for National Security, paid tribute to Mr Barker and his contributions to modern Singapore’s independence, development and sports scene.

Mr Teo said in his speech: “I thank NIE and the Barker family for coming together to produce this book. It is a fitting tribute to the man who had always put his nation before self and who firmly believed in the power of sports to shape a brighter future for his nation – by promoting discipline and sportsmanship and by building healthy bodies, active minds and sound character.

“As we come together to celebrate Mr Barker today, I am confident that his many contributions will continue to strengthen the bonds of our nation and bring our sports development to greater heights.

“May Mr Barker’s legacy continue, through these programmes, to inspire all of us to use our talents and abilities to do good, to be a positive influence on others and to always do our best for Singapore.”

Mr Barker’s daughters, Carla and Deborah, were also present at the event.

Ms Deborah Barker recalled playing hockey and badminton with her family in their garden, watching her father play cricket at the Padang and the stories her father used to tell her about competing for Raffles College.

She said: “After he ceased to play competitively, my father became involved in sports in a different way… When he retired from active involvement in sports management and leadership, he still up to the end of his days enjoyed sports as a spectator.

“You could say that leaving aside his family and his nation, sport was one of my father’s great loves so it’s truly wonderful and apt that NTU and NIE chose to honour his memory and distinguish him by setting up a sports professorship and scholarship in his name.”

Ms Carla Barker added: “I would like to thank all the people who have believed in my father’s legacy and directed it in this way to contribute to and hopefully inspire the development of sport science in Singapore.” 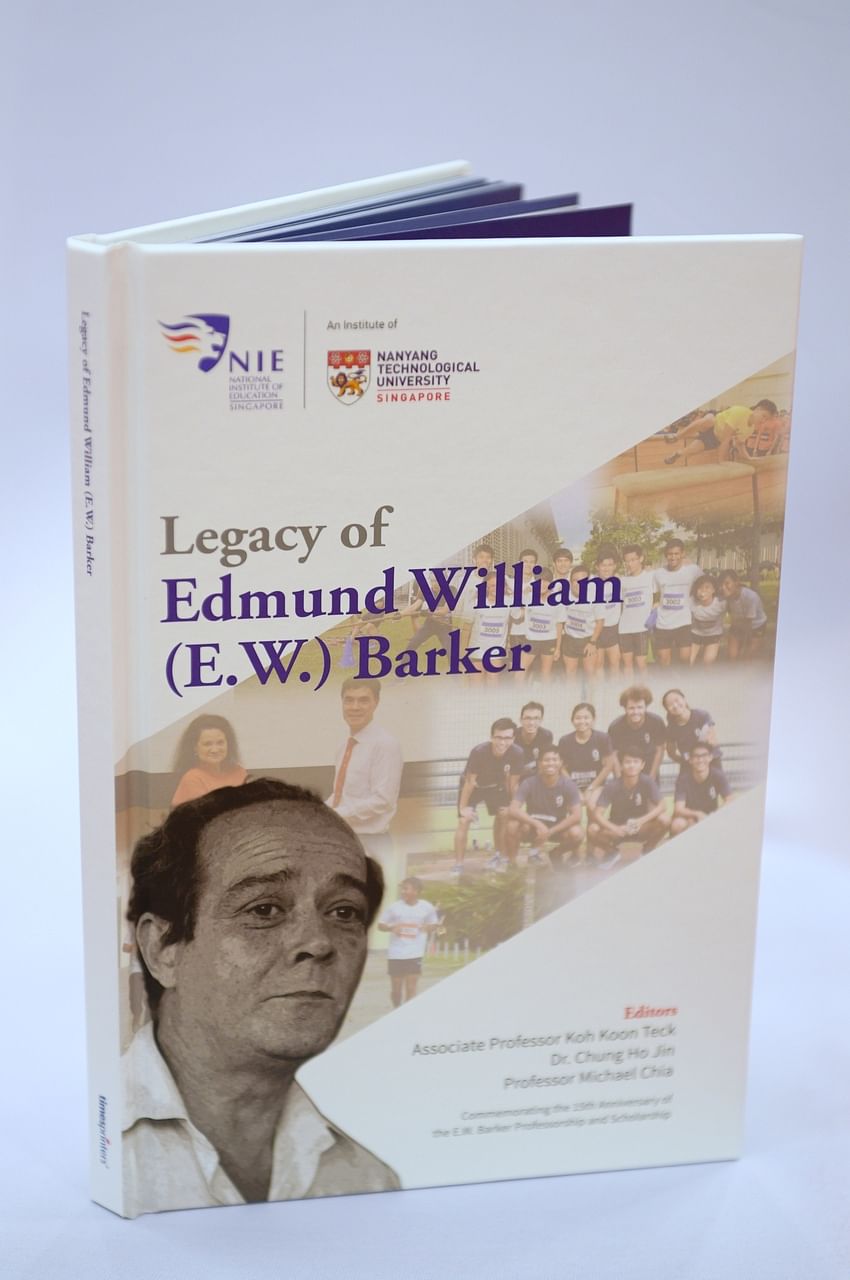 The book is not for sale but will be available in most libraries and universities. An online version will also be available on the NIE website.

Assoc Prof Koh hopes the book will inspire more people to study sport science and management (SSM) “to add vibrancy, knowledge and expertise in raising the standards of excellence in sports and its associated industry in future”.

He added: “Here, it is important to get more people to pursue… SSM to meet the growing demand for stronger and better qualified people to lead in conceptualising, organising and running world-class sports events within and outside of Singapore.”

The E.W. Barker Bursary was also launched at the same event and aims to nurture talented and committed undergraduates in the areas of sport management as well as sport and exercise science. Up to four bond-free bursaries will be awarded each year to deserving students in these fields of study.

The 2019, 2020 and 2021 E.W. Barker Scholarship Awards recipients also received their awards on Tuesday. The presentation was not held the past two years because of the pandemic.

One of the recipients was taekwondo exponent Ckrystal Chin, who joined the national team in 2019 and hopes to represent Singapore at the SEA Games.

The 22-year-old, first-year sports science and management student who also hopes to represent NTU at the World University Games, said: “(Receiving the award) still feels like a dream. I was really shocked but also very happy.

“For the past few years when I was in polytechnic, money has always been a distraction. With the scholarship, I don’t feel like I’m putting a burden on my parents (anymore) and they can feel more assured.

“I feel more motivated because I want to prove that the school didn’t make the wrong choice (in nominating me) and I feel very grateful. I want to pay (the school and society) back in any way possible but for now, my way of giving back is to study hard and bring glory to the school.”

“It serves as motivation that I’m on the right path and it’s a reminder that I should always remain fully committed in what I do,” said Tan, 22, who plays for the Singapore Cricket Club in the Singapore Football League Division 2.

“What I read about (Barker) was remarkable and I believe that without him, the sporting scene in Singapore might not be what it is today.”