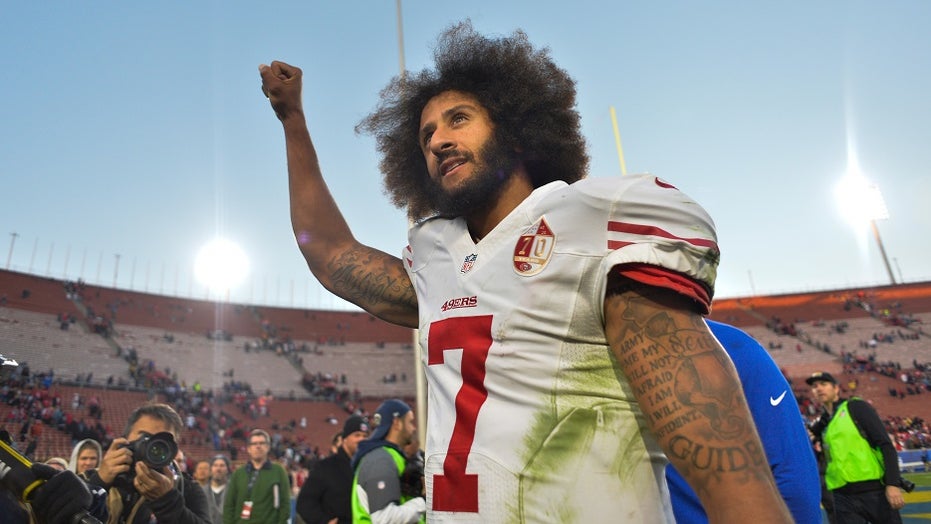 Colin Kaepernick started to trend on social media during halftime of Super Bowl LV on Sunday as viewers watching the game took issue with the NFL’s commercial about its social justice initiatives.

The NFL’s Inspire Change commercial included footage of the protests against racial injustice and police brutality as well as LaDanian Tomlinson’s Hall of Fame speech talking about how football brings people together. The commercial showed players wearing the names of victims of police brutality on the back of their helmets as well as players locking arms in a show of solidarity and kneeling on the sidelines.

But missing from the commercial was Kaepernick, who started his activism during the 2016 season when he protested during the national anthem to bring awareness to social injustice and police brutality.

“The NFL is committing $250 million to help end systemic racism,” the commercial said.

But those watching the Super Bowl said Kaepernick should have been included in some way.

Amid the NFL’s increased awareness about social justice issues, NFL Commissioner Roger Goodell said last week that he was “thankful” that the former San Francisco 49ers quarterback raised concerns when he did 4 years ago.

“I said very clearly back in June that we wish we had listened to our players earlier, and we had a lot of players that were coming and bringing these issues to us,” he told reporters, via the Mercury News. “It didn’t start last summer; it started over two years ago and we’ve been working with the Players Coalition over that period of time.”

Goodell added: “Colin was one of the individuals who obviously brought a great deal of attention to this, and, for that, he deserves our recognition for that and appreciation.”

Goodell expressed remorse over the summer about not listening to Kaepernick sooner when he was kneeling during the national anthem to raise awareness about racial injustice and police brutality.