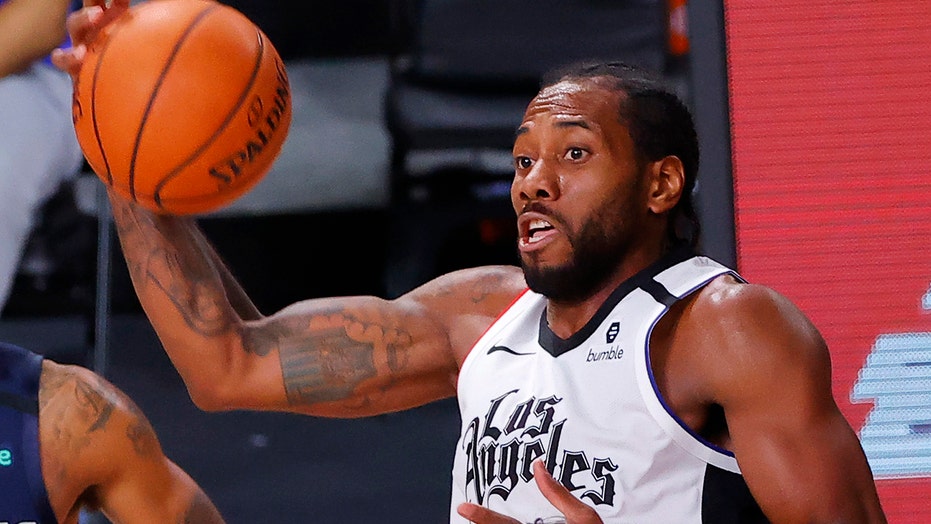 The NBA launched an investigation into allegations made against the Los Angeles Clippers and team executive Jerry West involving the signing of superstar Kawhi Leonard in 2019, according to multiple reports.

The lawsuit — filed by Johnny Wilkes — says West promised him $2.5 million for his help in bringing Leonard to the Clippers, TMZ Sports reported. The Athletic also reported the lawsuit and the NBA's subsequent probe

If indeed these allegations turn out to be true, it would be a violation of NBA policy, and both West and the Clippers would be disciplined by the league. The Clippers are found to be guilty, they could be fined up to $10 million, and lose out on future draft picks.

West spoke to TMZ Sports and refuted the allegations.

"I deny engaging in any improper conduct in connection with the signing of Kawhi Leonard," West told the website.

The Clippers released a statement to The Athletic regarding the lawsuit.

ROCKETS' JAMES HARDEN SAYS HE WAS 'TRAINING' WHILE OUT IN ATLANTA, LAS VEGAS

Wilkes said that he has close ties with Leonard and Leonard’s uncle, Dennis Robertson. Wilkes promised that he had information that could potentially give the Clippers a huge advantage to land Leonard over other NBA teams, TMZ Sports reported.

Wilkes added that he helped with a deal between West and Robertson, which would have given Robertson a home in Southern California, as well as a travel expense account.