JAPAN'S sensational supporters matched their team's performance on the pitch with another classy display off it.

The Samurai Blue fans were in the mood to party last night. 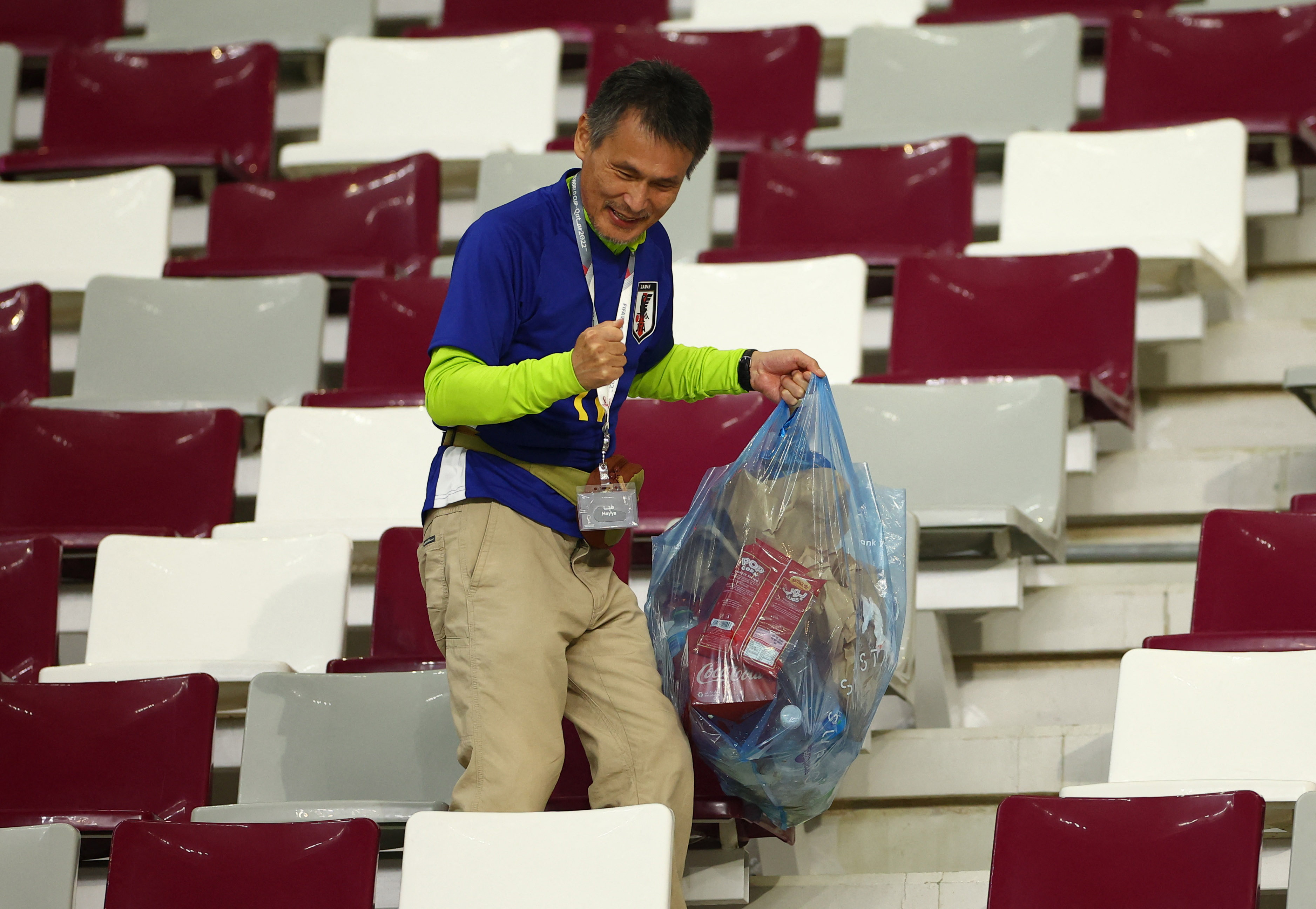 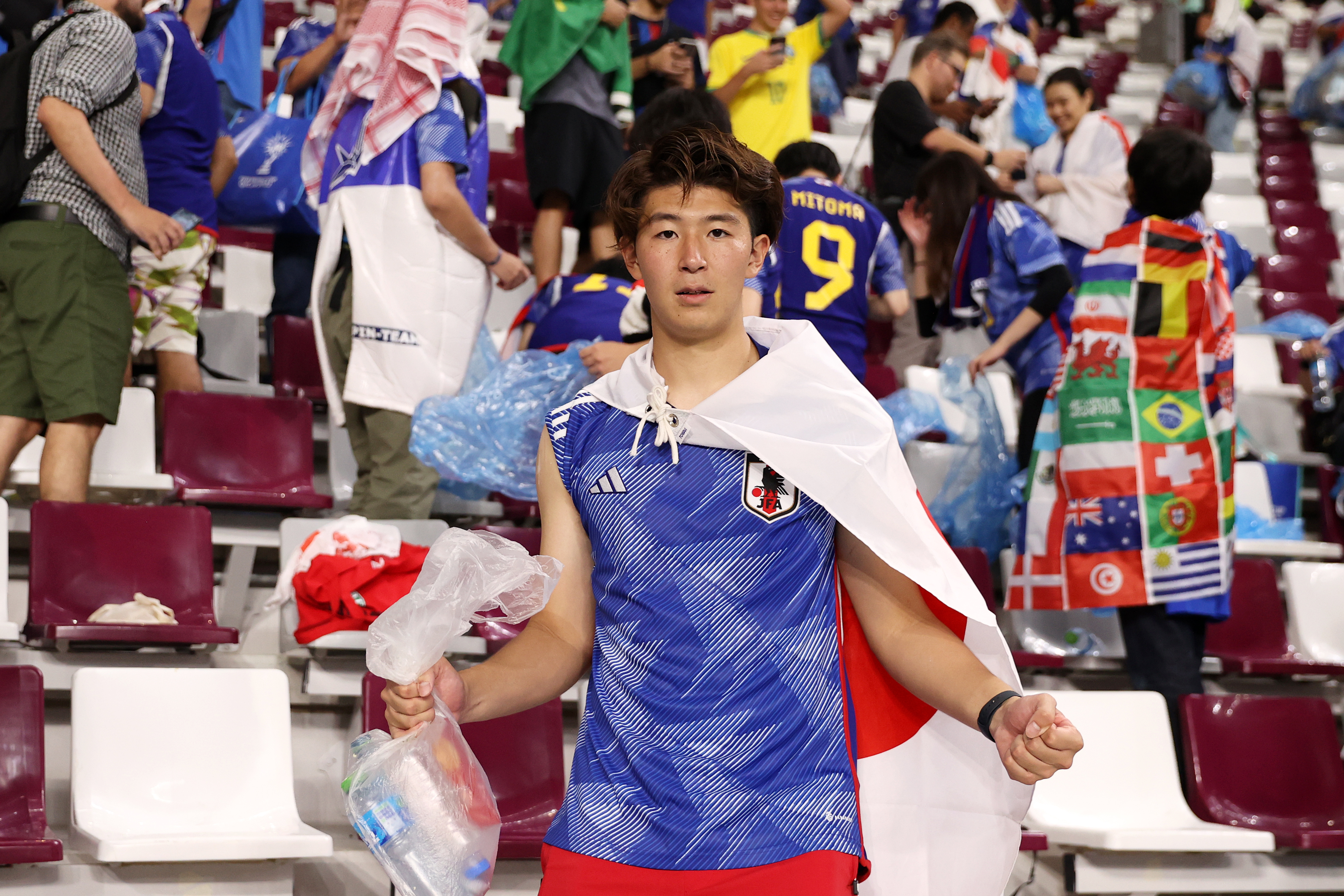 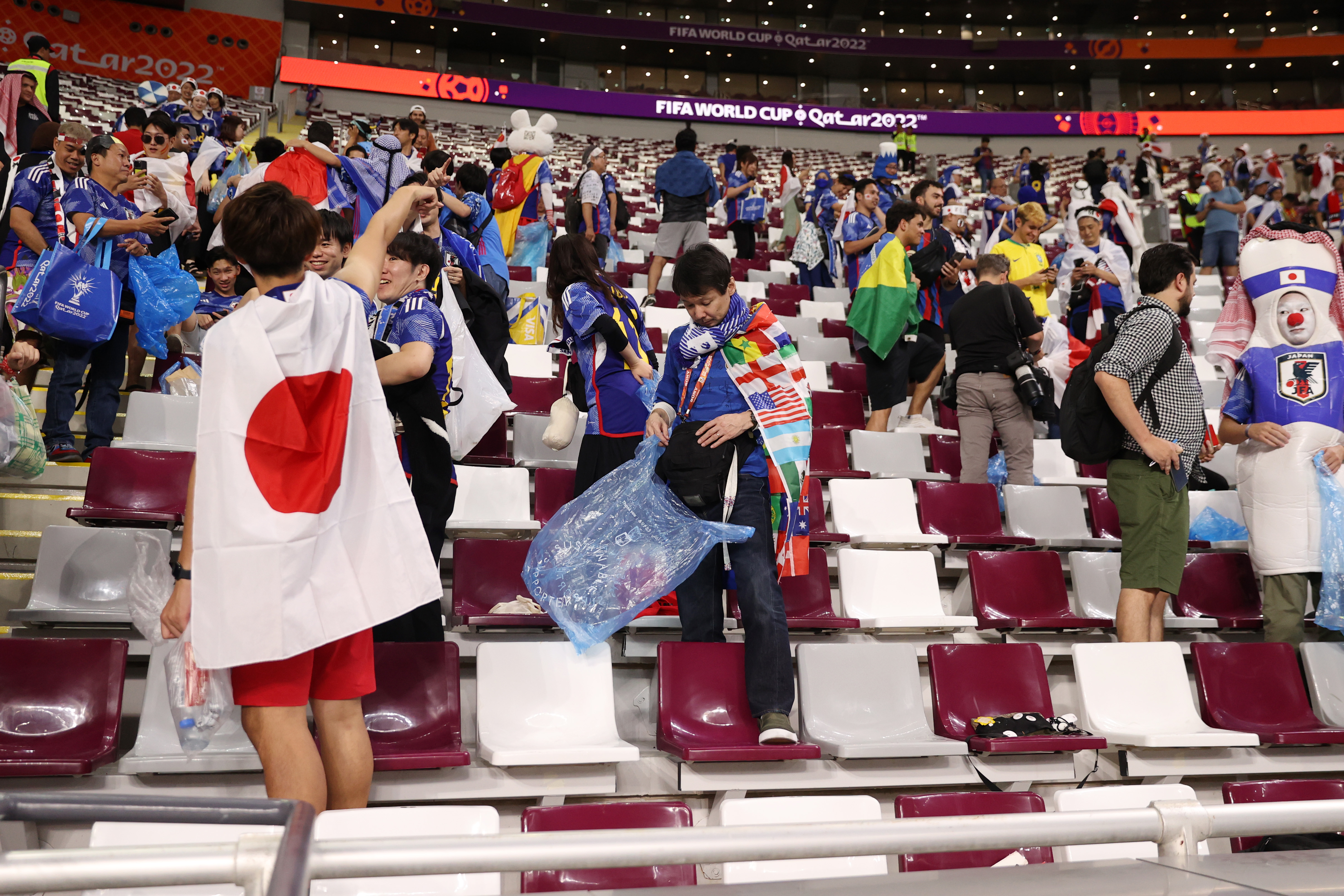 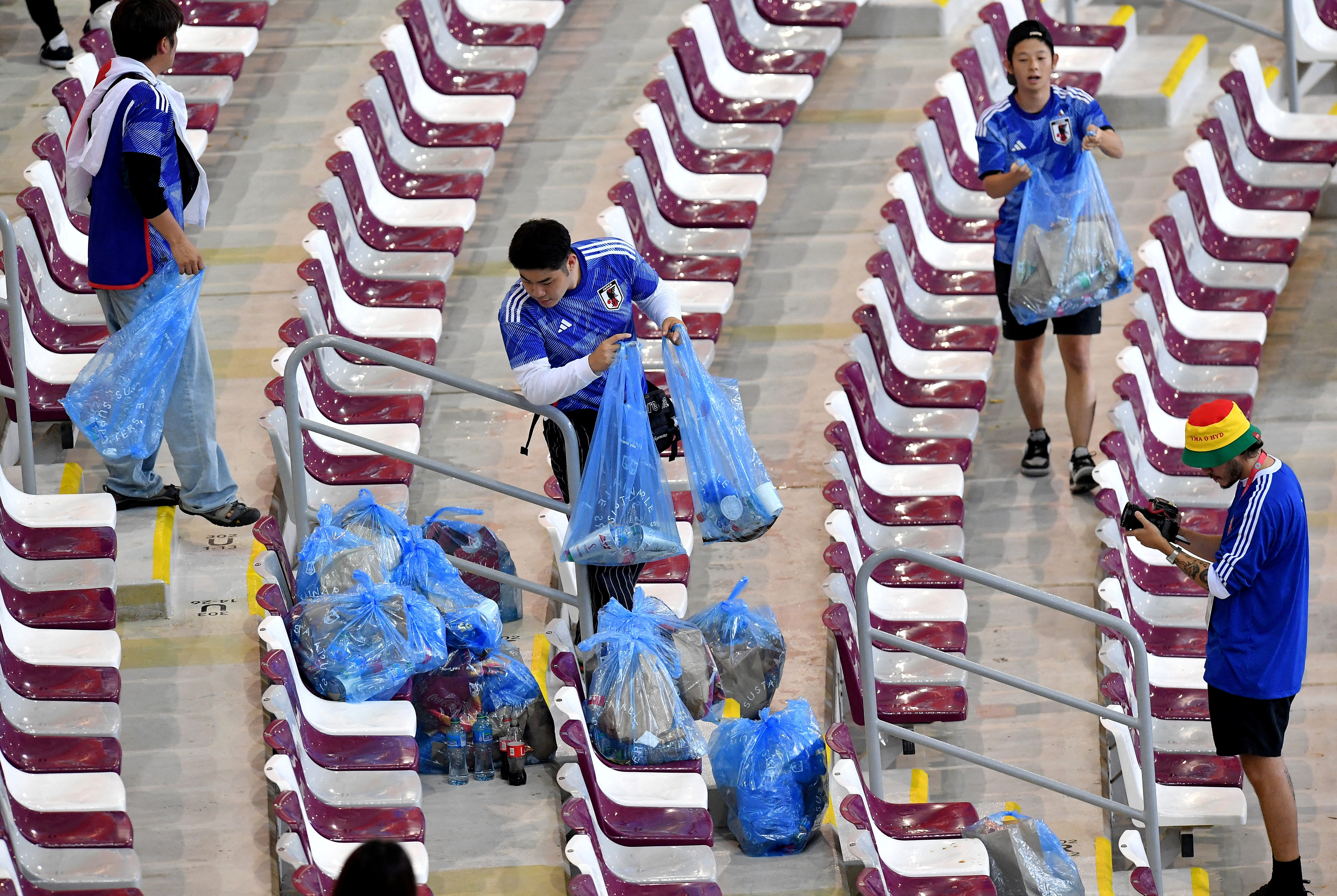 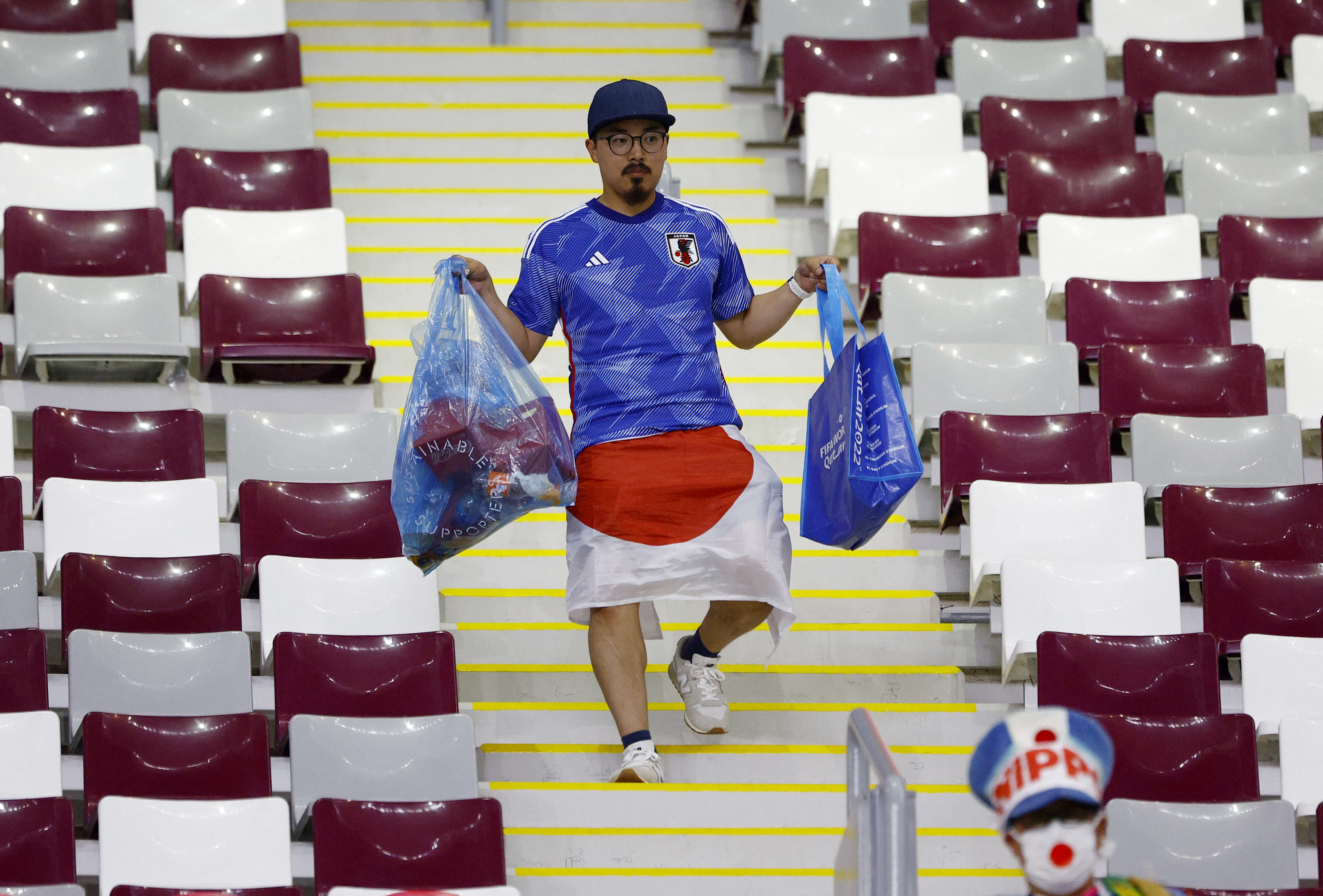 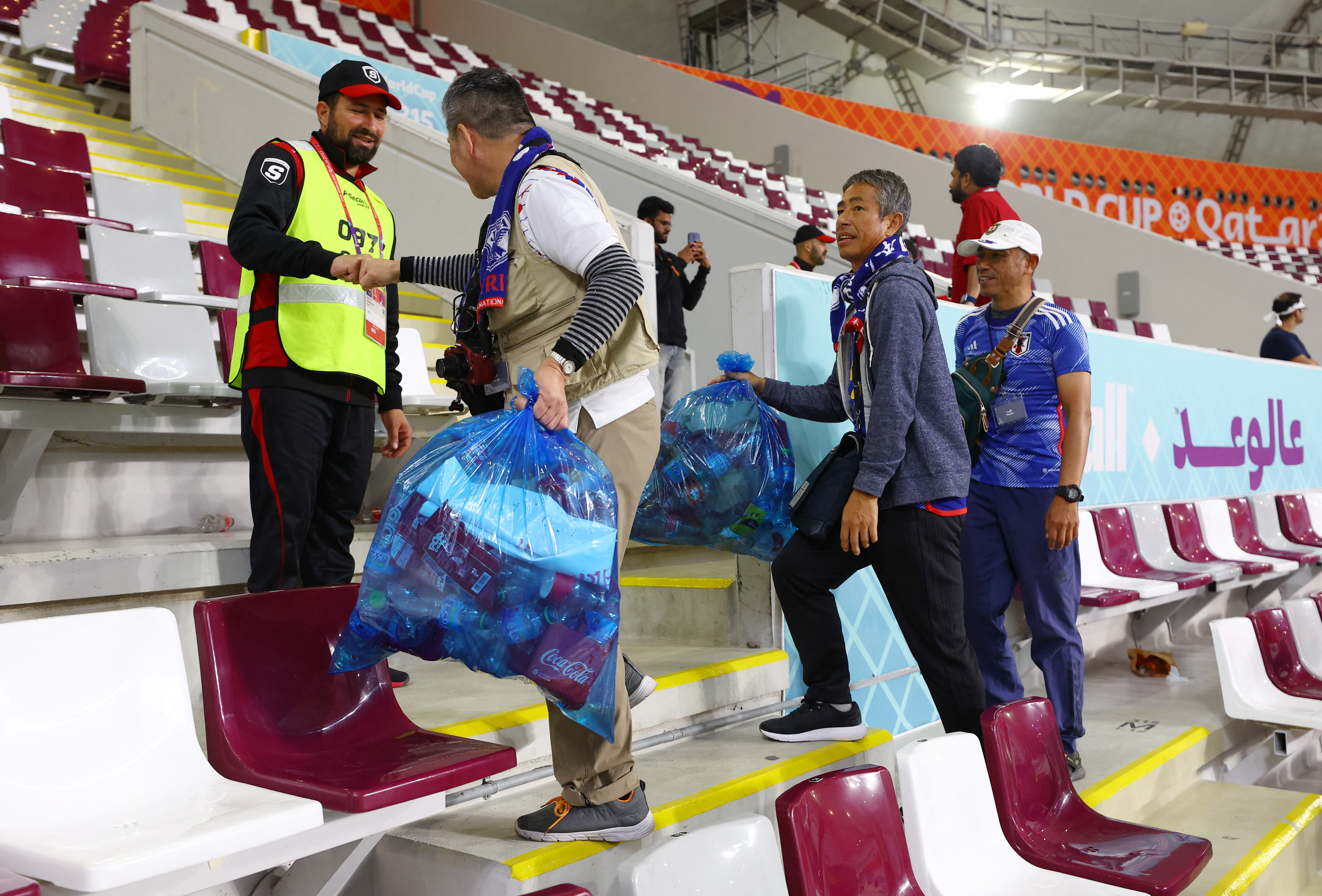 They saw their side battle back from 1-0 down to beat Spain and quality as group winners for the last 16 of the World Cup.

It was an eventful night in Qatar as Germany, who also lost to Japan, were knocked out on goal difference despite beating Costa Rica 4-2.

But the night most certainly belonged to Japan.

The game finished at nearly midnight local time – or 6am back home where thousands turned out early to celebrate together.

In the stadium, though, the fans put the champagne on ice to ensure they left the ground spotlessly tidy once again.

Supporters were pictured walking through the rows of seats collecting rubbish and filling up bin liners.

They even fist-bumped the stadium staff they were helping out – while some could not resist some cheeky clenched fists of celebration as they picked up the litter.

The Japan fans earned widespread praise when they were on hand to clean the stadium after the opening match of the World Cup – even though their team were not playing. 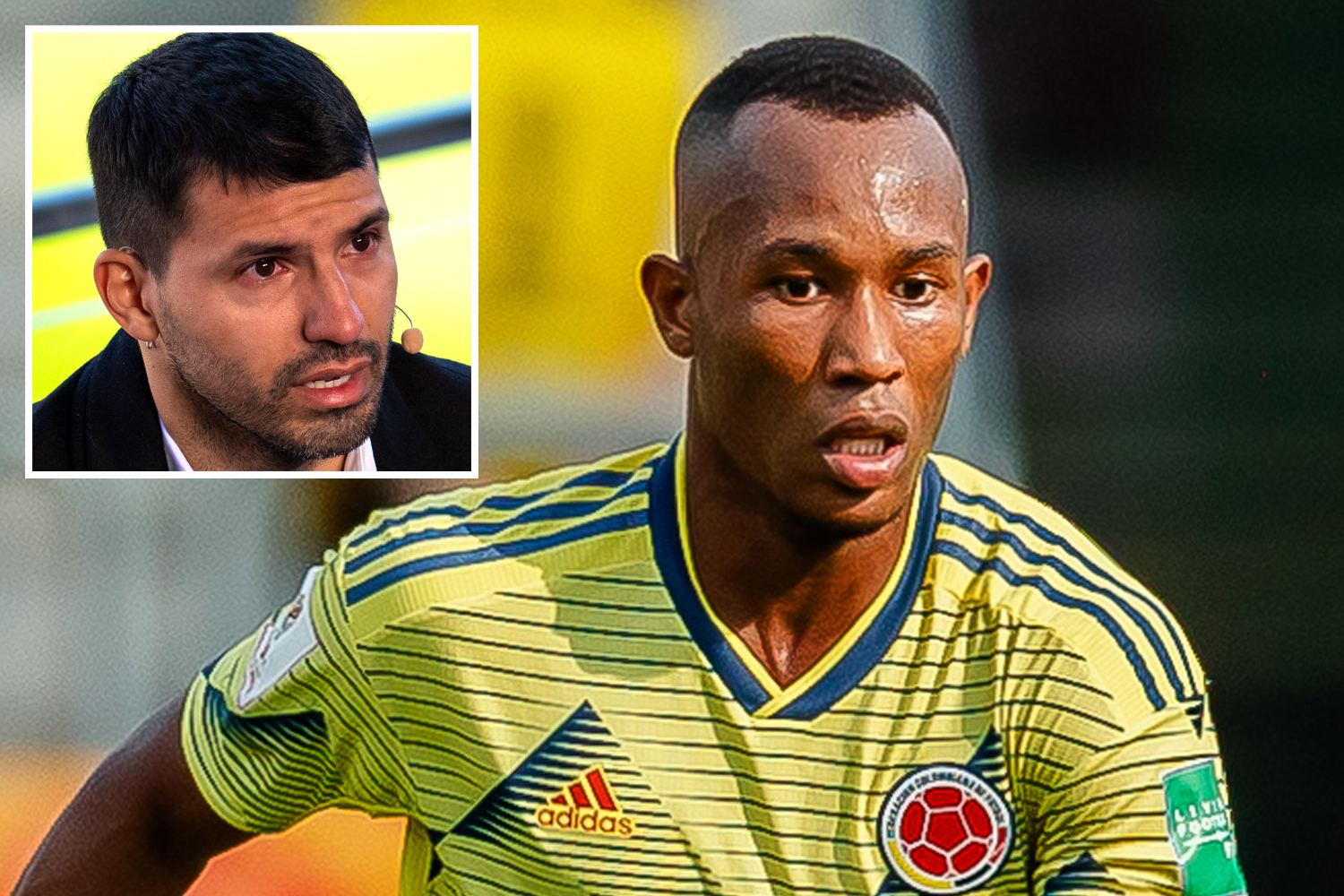 They then did the same after their win over Germany and the defeat to Costa Rica – while the players played their part by leaving the dressing room in perfect order.

Hajime Moriyasu's players and staff even left some origami swans on the table – alongside a message to stadium staff which read 'thank you' in Arabic.

And following their fans' latest brilliant act of selfless kindness, more and more people on social media showed their respect.

One said: "Huge respects for the Japanese fans in Qatar, what they did is just speechless & amazing!"

Another wrote: "Japan deserve to qualify not only have their fans shown service to humanity by always cleaning the stadium but also show great strength."

A third added: "Japan fans are something man! They celebrate and then they'll clean the stadium as they leave. Not just fans, the players too. Something we gotta learn from them! Huge respect!"

But one joked: "Japan fans should go and collect bags full of tears in the stadium where Germany played."

And a final user quipped: "Spain fans should be cleaning up the stadium to thank Japan."

After topping Group E, Japan progress into the top half of the knockout draw.

They will face Croatia in the next round on Monday with the winner of that likely facing Brazil in the quarter-finals. 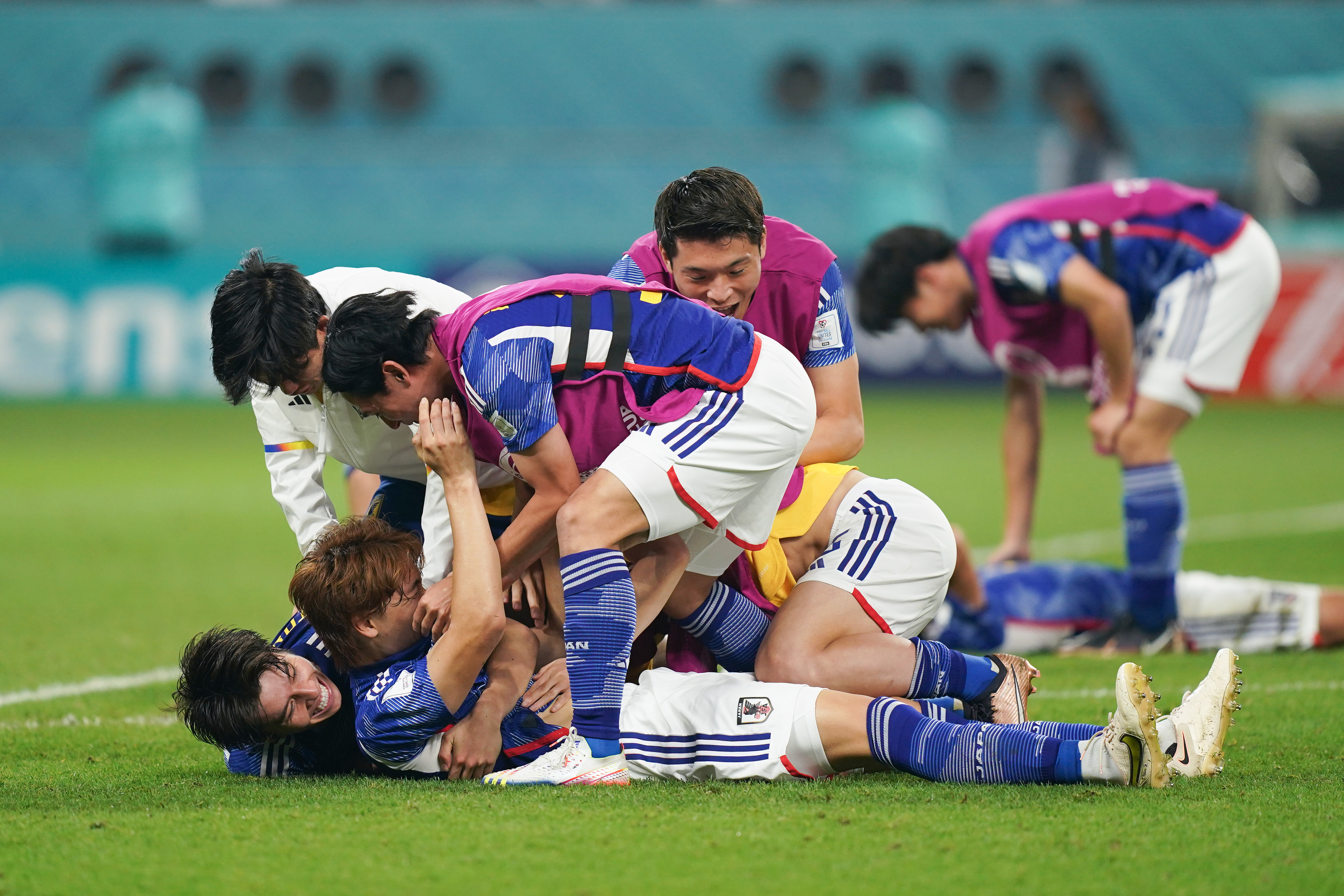 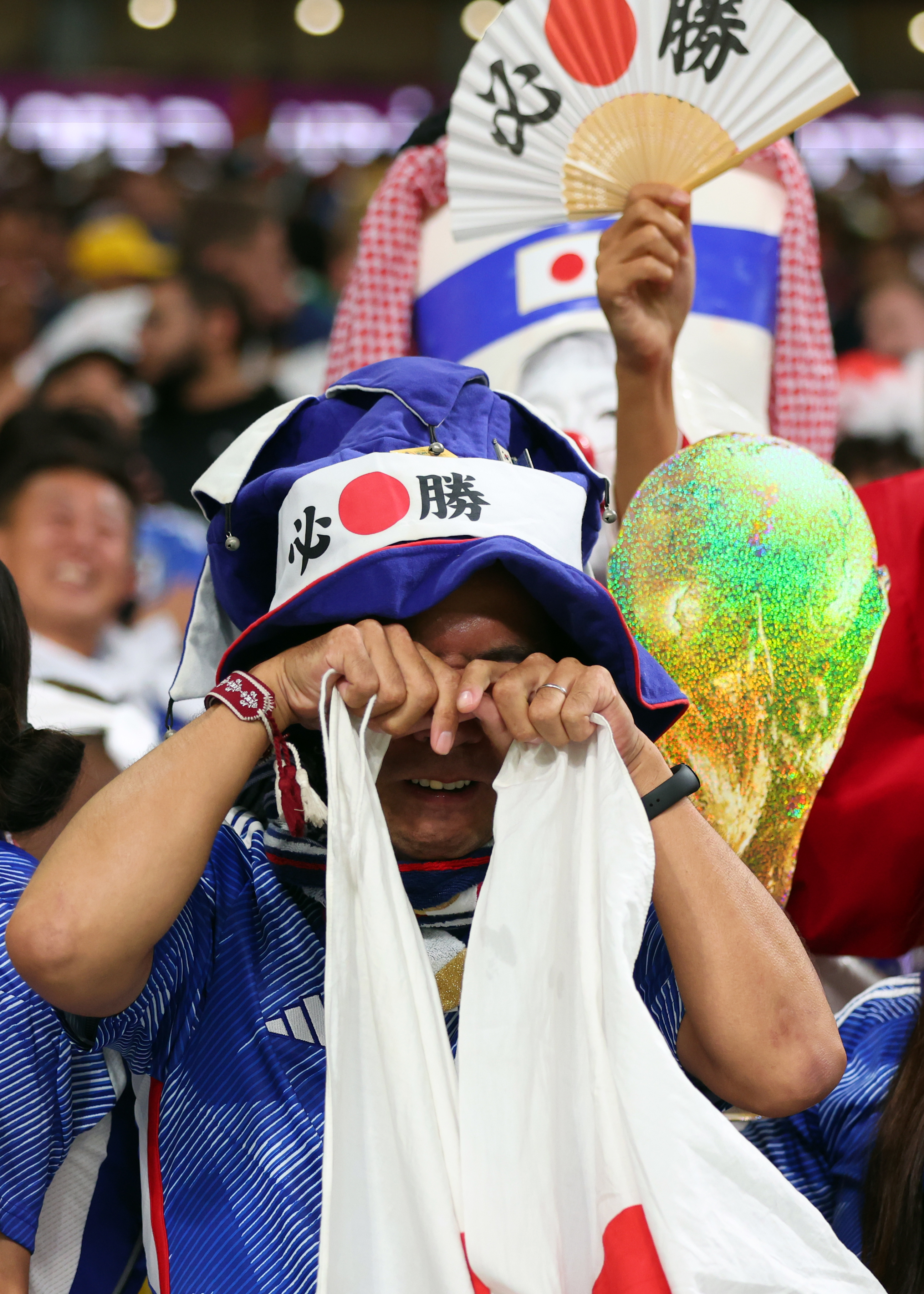 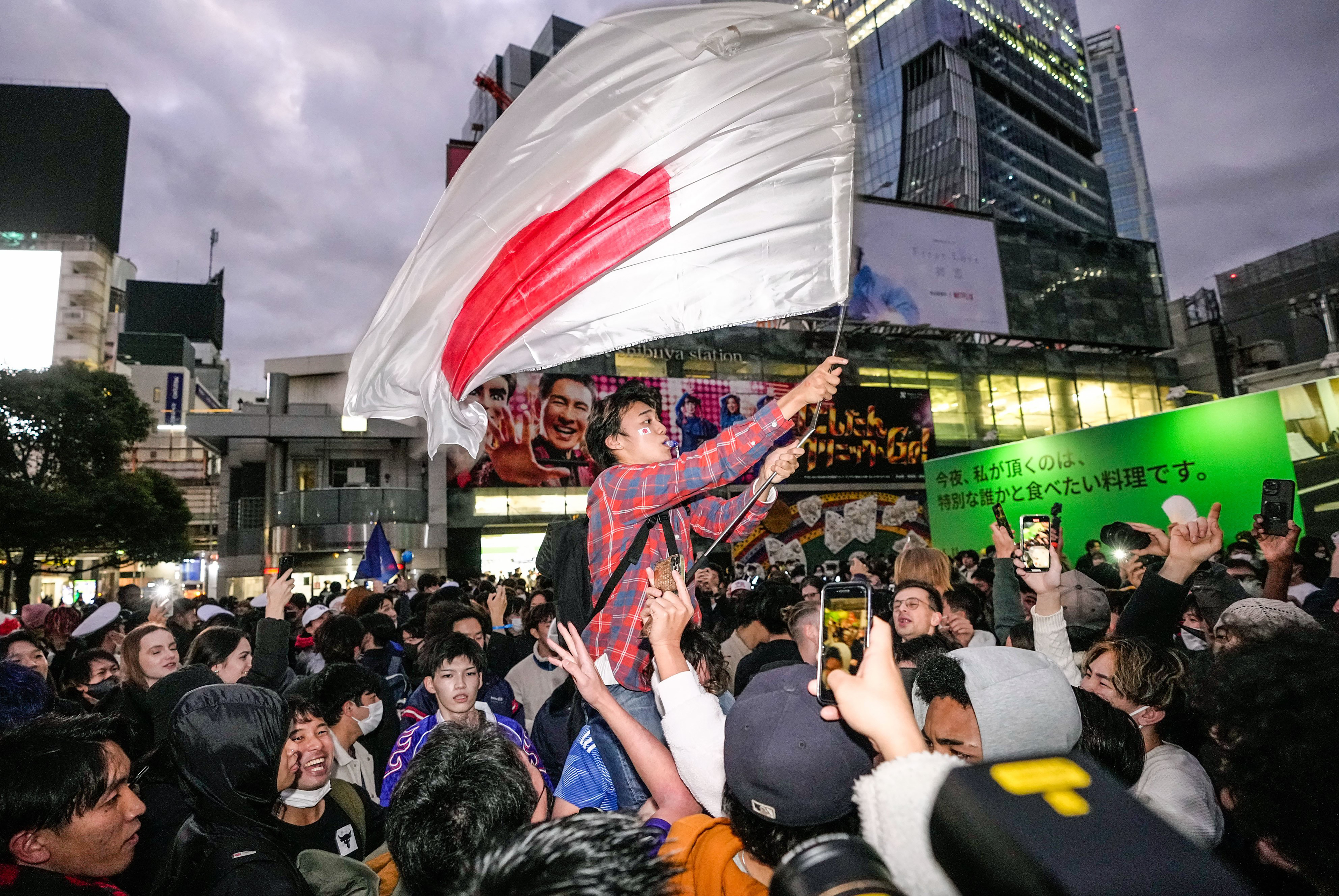