It's never easy when you are trying to play without a recognised central striker or a player you can depend on for goals.

Which means it is imperative for Melbourne City to bring in a new frontman quickly if they are to mount a genuine challenge for the A-League crown this season. 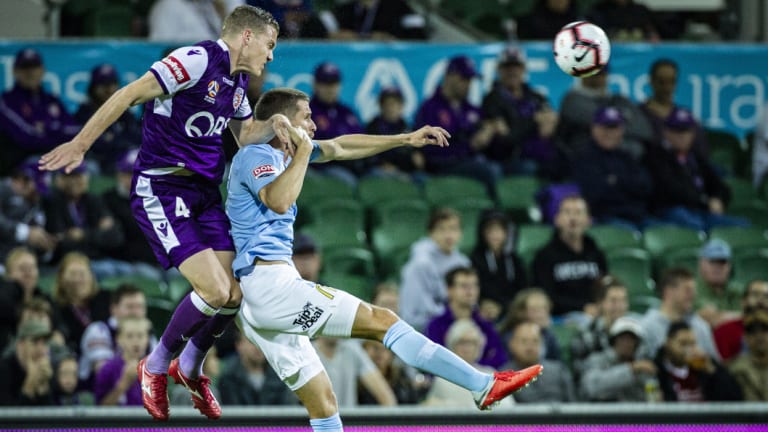 City have playes like Dario Vidosic who can score goals from deeper, but have no one to lead the line in the absence of Bruno Fornaroli.Credit:AAP

Melbourne Victory showed last year that a team doesn't have to finish in the top two or even three to win the crown.

But life is a lot easier for any club that does finish at the top of the table as it guarantees home finals, perhaps even a grand final.

City trail leaders Perth and Victory by several points already, and although it is early in the campaign making up ground against in-form rivals is never easy – especially if a team struggles to score goals.

If Bruno Fornaroli has played his last game for the club – which looks as if it might be the case – then Warren Joyce and the City hierarchy are going to have to move quickly to replace him with a genuine threat in front of goal.

Attacking midfielders like Dario Vidosic and Riley McGree will score their share of goals from deeper positions, but City have no one to lead the line, hold up the play and finish sharply in the manner Fornaroli – or at least Fornaroli at his best – once did.

Lachlan Wales works hard but he is happier in wider areas. Marquee signing Florin Berenguer – an absentee in the 1-0 loss to Perth Glory – is now out with a calf injury and the Frenchman could be missing until the New Year.

He, centre back Iacopo La Rocca (who might have been included on Saturday night but for injury) and Belgian marquee player Ritchie De Laet were all absent from the side that played well, especially in the first half, but went down to Glory through a contested Chris Ikonomidis goal just before half-time.

Things might have been different had Nathaniel Atkinson taken a gilt edged chance midway through the first half when he skied an opportunity that came his way from a corner, but City, for all their possession, did not manufacture too many opportunities. 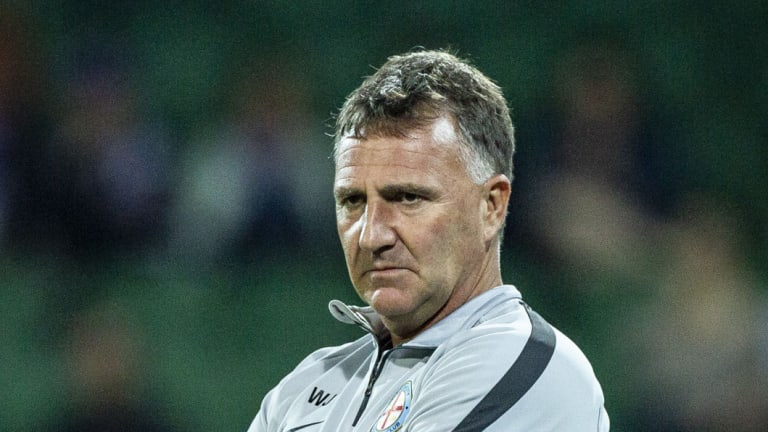 But sometimes a coach can learn more about his side in adversity than in easier conditions, and aside from conceding the goal, City showed the grit, determination, organisation and structure that Joyce wants to instil during the ''cultural revolution'' he is seeking to bring about at Bundoora.

''We lose three players to injury on Thursday so very little preparation,'' he pointed out.

''The lads who were preparing didn’t play and the other lads have took on board what we’ve done all week and I thought we were on the front foot all night.

''Certainly, the first 35 minutes, I thought we looked the dominant team. Some good passing, some really good pressing just at times the execution and decision making around the box could have been a little bit better and if it was it would have led to goals.

''Atkinson blazes over the bar from two yards out. In that spell, we have to score really, there’s opportunities to score.''

''We’ve come here and played the league leaders on the front foot and took the game to them all night.

''If you look at that and consider we’re losing two of the most experienced players we’ve got in Florin and De Laet late in the week, there’s a lot of plusses there.''

City were not happy about the way they conceded the goal, specifically the way that Brandon Wilson was able to win the ball on the edge of the penalty area from McGree for the move that led to Ikonomidis' strike.

''The challenge on McGree [was a foul], yeah. We stopped, we were still putting our hands up thinking it was offside. It was a really soft goal to give away. But, I thought it was a foul.''

The night was also bittersweet for Curtis Good. The former Socceroo centre back's career in Europe has been dogged by injury and he has returned to Melbourne to try to play himself back into form and fitness.

Good made his first start in the A-League for several years but found himself sent off for picking up two yellow cards. The second looked harsh, and Joyce had nothing but sympathy for the defender.

''He’ll be gutted. He’s not played for such a long time. He’s a Melbourne kid, his family are from Melbourne, he’s desperate to do well for the football club and I thought he was outstanding tonight so a really disappointing end to what should have been a good night, regardless of the score.''